2012 turned out to be a pretty spectacular year for us both personally and professionally. It’s been a year of many changes, self discovery, lessons learned, and lots of fun. During 2012 this little blog of ours has grown to be much more than we ever imagined. Laura quit her job at the nursing home and is now devoting more time to blogging, and hanging out with her grandkids. Angela has been on some very cool trips in 2012 (since Laura refuses to fly), and we’ve developed some fantastic relationships with some of our favorite brands. We thought it would be fun to take a little walk down memory lane with this 2012 Year In Review. ~ Angela and Laura 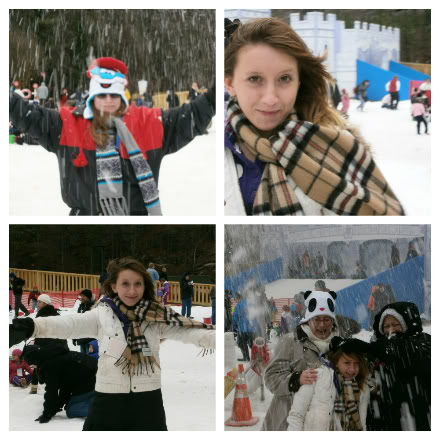 January – January was an interesting month for us. Our Twitter account was hacked and used to send out some rather nasty messages. Fortunately, the folks at Twitter got it straightened out for us within 24 hours. Whew! We took the big leap and transferred the blog over from Blogger to WordPress. Unfortunately, we waited a little too long to make this transition and it was not a smooth process. Thousands of reader comments were lost, but after the help of two professionals we were back in business after a couple of days. We did manage to have a bit of fun in January by visiting Stone Mountain Christmas for some fun in the snow. 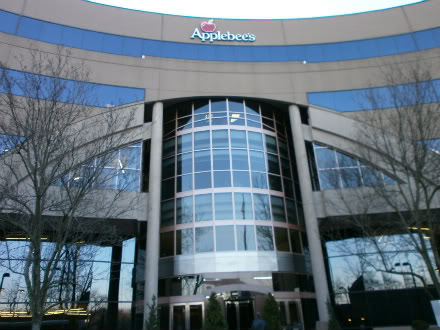 Feburary – This was a very exciting month for us, because Angela went on her first blogging trip. Our friends from Applebee’s extended an invitation to their headquarters in Kansas City for the first ever Applebee’s Blogger Summit. It was an awesome experience! February was a month full of hearts and chocolates. We shared some of our favorite recipes with you like this Cherry Fudge Sheet Cake. 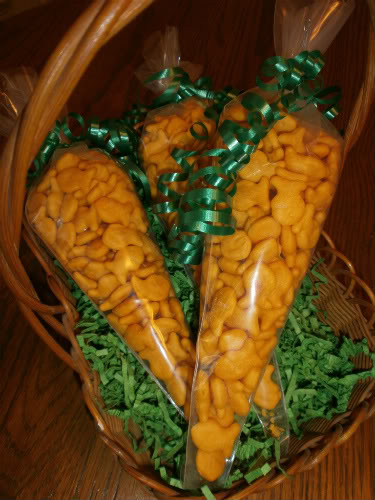 March – We were seeing green in March, sharing green inspired recipes for St Patrick’s Day like Green Macaroni and Cheese and Pea Pesto. It was a busy month as started gearing up for Easter with fun things like these Carrot Treat Bags and Bird’s Nest Cupcakes.

April – Nike rolled out the red carpet for a few lucky bloggers in April. Angela and Niece Maddie got the once in a lifetime experience of attending the Nike Young Athletes Innovation Summit in Portland, Oregon. It was an amazing trip and a chance to learn about how Nike is investing in young athletes. We were also getting pretty excited about Spring and warm weather in April, sharing favorites such as Banana Split Cake in a Jar. Also in April, we had a fun girls night at a Harlem Globetrotters game in Augusta. Laura’s guest post was featured at Jen and Barb, Mom Life. 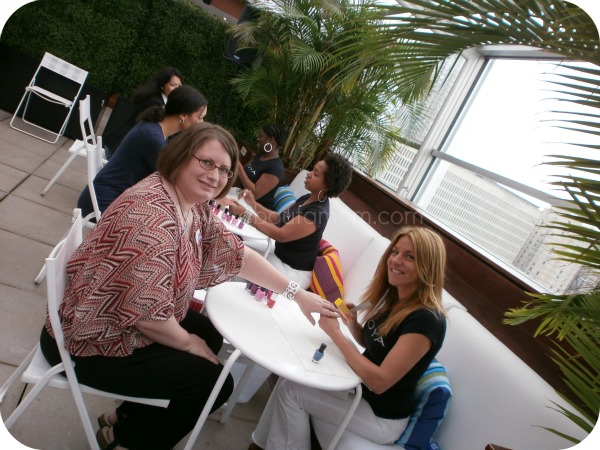 May – In May we found ourselves thinking about health, beauty, and how to look your best in a swimsuit. Angela found herself flying to NYC for the McDonald’s Flavors of Summer Experience where she learned about new McDonald’s summer menu items and was treated to a day of health and beauty. While on that trip she met the likes of beauty expert Bobbi Thomas and Chef Dave Martin from Top Chef. Chef Dave prepared a fabulous dinner for the bloggers in attendance, and we recreated his delicious Tomato, Watermelon, and Blueberry Salad when Angela returned home. 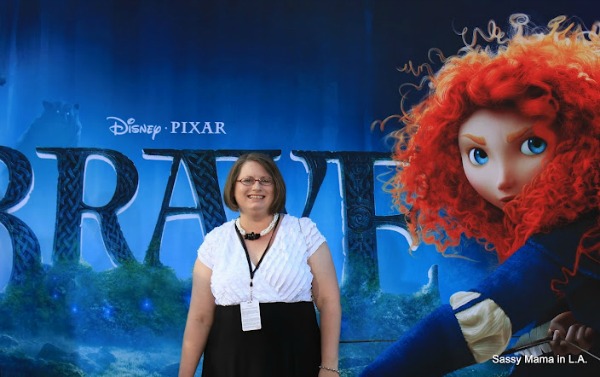 June – This was a whirlwind month for us! We both went to our first blogging conference, attending Reviewer’s Retreat at Great Wolf Lodge in North Carolina. We attended some fantastic sessions, and got to know some of our favorite blogging friends in person. The craziness of June continued, as Angela flew out to Los Angeles for a Disney pr trip to attend the red carpet premiere of BRAVE. We also became U by Kotex Tween Mom Ambassadors in June, and were excited to get moms and tweens talking about their periods. 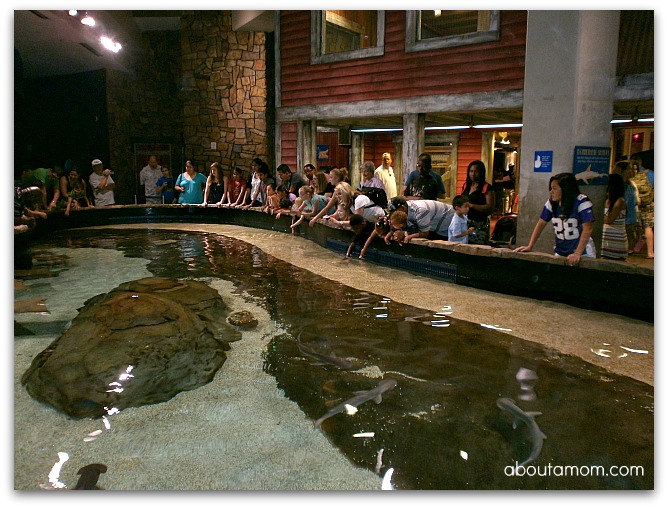 July – The month of July was spent trying to stay cool and saving the kids from summer boredom. We had a fun weekend in Atlanta and spent a day at the Georgia Aquarium. Some of our favorite summer recipes were Hot Dogs in a Loaf, Patriotic Oreo Pops, Watermelon Popsicles, and Blueberry Cupcakes with Goat Cheese Frosting. 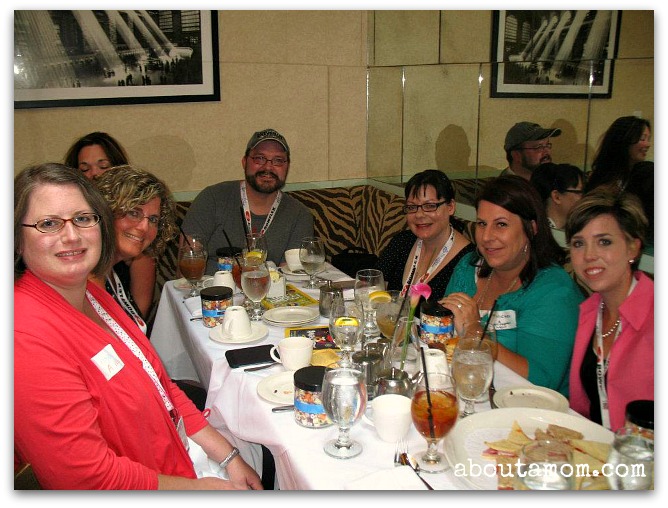 August – Angela found herself back in NYC for the 2012 BlogHer conference, thanks to our friends at Wines by Wives. It was a chance to connect with some of our favorite bloggers and brands. Some valuable relationships and friendships were forged on this trip. We found ourselves talking a lot about Back to School this month, and shared some of our favorite after school snacks like Homemade Hotpockets. 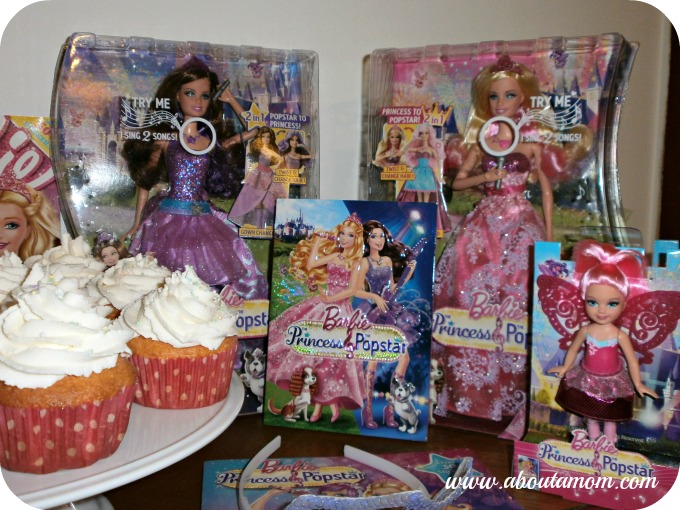 September – This was an exciting month for Laura – the decision was made to retire. If you noticed a lot more recipes and crafts in the fall, this is why. Laura is definitely the more creative half of our blogging team. Also in September, Angela and sister-in-law Chrishelle turned a Disney Social Media Moms event into a fun girls trip, where they stayed at the beautiful Ballantyne Hotel. It was overall a very fun month that included a Princess and the Popstar Barbie party! 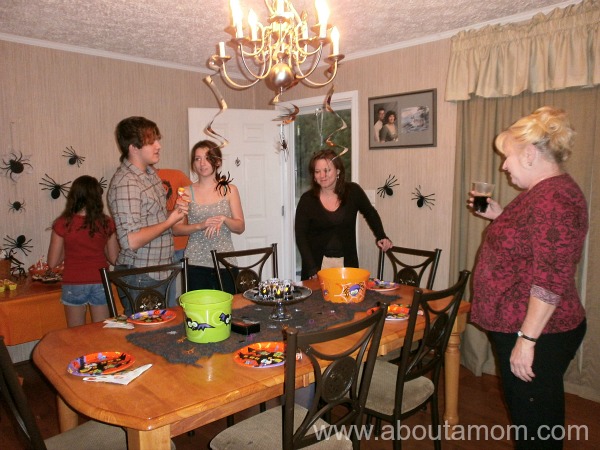 October – Such a fun month for us! Thanks to Laura being home more, we posted a lot of fun Halloween recipes and crafts, including: Candy Corn Marshmallow Pops, Spooky Spider Pops, and Googly Party Lights. We had a spooky Spider-Man themed Halloween party and attended a local block party on Halloween evening. In October we learned that we would be Microsoft Windows Champions Ambassadors for 2013! 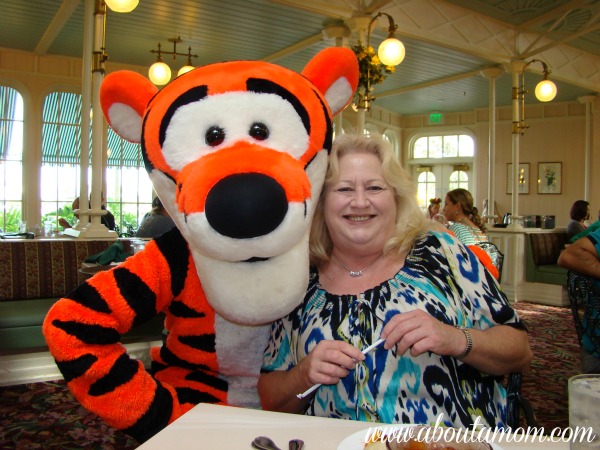 November – Laura had a guest post about teens using cell phones while driving, that was featured on the Bridgestone Teens Drive Smart, Driving With Children blog. November was by far our busiest month of the year. We visited Kissimmee for a week while Laura wrote a series for the Kissimmee Visitors Bureau on their i.seeKissimmee Blog. You can read all of her articles here. We had such a fun trip in Florida and got to visit with some of our family from Tampa. We visited attractions like Disney World and Sea World, and went on the Boggy Creek Airboat Ride. But when we returned home, we dove head first into reviews for our Holiday Gift Guide. 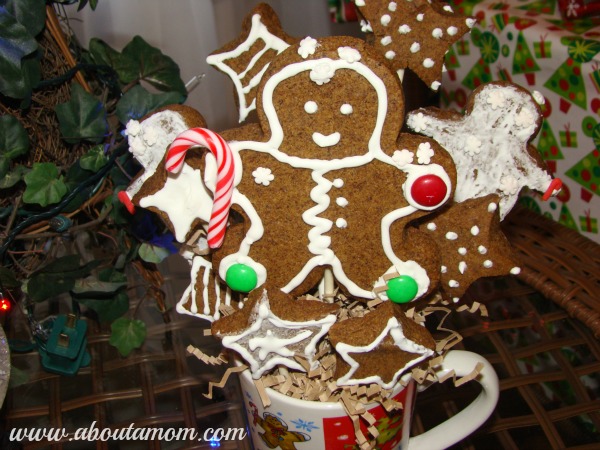 December – The most magical time of the year! Although, this year Christmas was a little tough for us with the loss of Grandma just a few days before Christmas. Before the holiday, Laura whipped out some of our favorite recipe and craft posts to date, such as this Gingerbread Man Cookie Bouquet, Sock Snowman, and Candy Cane Mice. We also got to tell you about one of the most awesome review products ever – our new Amana washer and dryer! In December, Laura wrote a feature for the Kmart Fashion Blog. It was such a fun opportunity, because we both got to select new holiday outfits from Kmart! 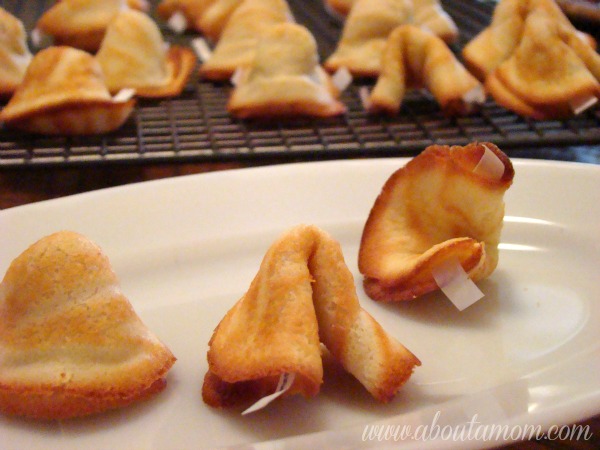 It’s New Year’s Eve and later tonight we’ll be wearing our fun DIY party hats and munching on some of Laura’s homemade fortune cookies with friends and family. We had so much fun taking a walk down memory lane to write this. 2012 was such an awesome year for us and we can’t wait to see what’s in store for us in 2013!

I hope you enjoyed our 2012 year in review! What are some of your favorite moments from 2012?