Homemade costumes can be a lot easier on the budget and this time of year when the Halloween aisle in the store is picked over, they can be a real life saver. I’ve scoured the web and rounded up some of the beast Easy DIY Halloween Costumes for Kids that can be made in a jiffy. Most have great tutorials included — the ones that don’t are easy enough to figure out from the picture. 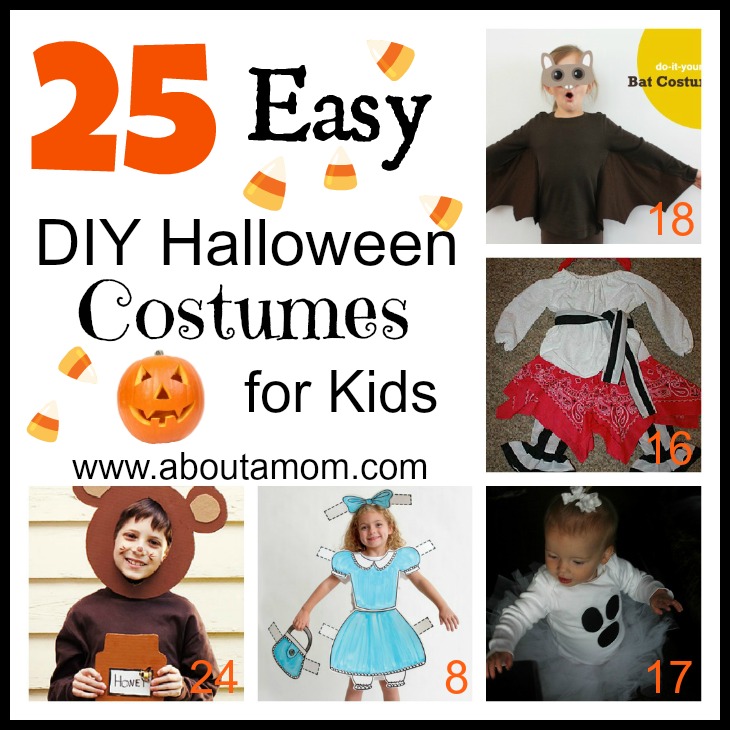 When I was a kid all of our costumes were homemade. I remember one year when my younger sister finally managed to talk our mom into a store bought costume. She simply had to have that Smurf costume we saw in Kmart with the plastic mask and plastic smock that tied in the back. Store bought costumes have come a long way since then, but in my opinion there is still nothing like homemade.

If you need some more Halloween inspiration, take a look at our Halloween Inspiration Pinterest Board. Also, be sure check out all About A Mom posts for Halloween including: crafts, decor, recipes, and more.

Are you feeling inspired to do a homemade Halloween costume?