When I attended the Monsters University Press event in California last month, I had the unique opportunity to tour Pixar Headquarters. I also got to sit down and chat with the people behind Monsters University, including Producer Kori Rae. She kindly spoke to myself and a group of bloggers, answering some of our questions about the making of the film.

One of the many things I find both interesting and inspirational about Kori Rae is that she is a former educator and coach, having majored in Secondary Education and taught eighth grade English. She decided to change directions which led her to Pixar. Kori told us that “Producing is definitely a lot like teaching and coaching.”

Kori told us how she knew early on this movie was something she wanted to be a part, and luckily it worked out. She also spoke about how the movie came about as a prequel, after a 2 or 3 day offsite meeting with Pete Docter, John Lasseter, Dan Scanlon, and Andrew Stanton. They spent the time bantering about ideas of how Mike and Sully met before Monsters, Inc., and kind of getting to know them, and how they ended up becoming who they were. Once they decided to go backwards, they thought the college setting would be fantastic, and a world that they hadn’t really explored before. 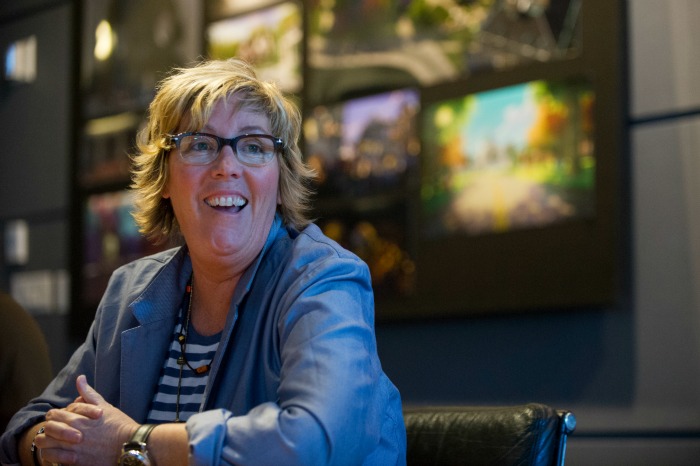 It was amazing for me to learn from Kori just how much work went into the making of Monsters University. She told us that at the peak of the process, there were 270 crew members. She spoke of how departments kind of come in and out. How it’s a kind of a linear process. You have a story, and editorial, and art up front when you’re designing, and creating the film, and then all of the other departments come online.

I need to be careful not to give too much of the movie away. But a part of the Monsters University story that is very meaningful to Kori, is the story about what do you do when, when that one door really closes, and it closes hard, and how do you find what the next thing is, or what you were really meant to do.

Because sometimes you think you’re meant to do something, and then you discover that, well, that wasn’t really the thing. You find another route. That part of the story is really meaningful to me, and I love that. And I’m super happy that, that we’re telling that story. That we’re telling a different version of the story that if you work hard enough, you can achieve anything. Sometimes that is true, and sometimes you hit that brick wall, and you have to figure out where to go from there. 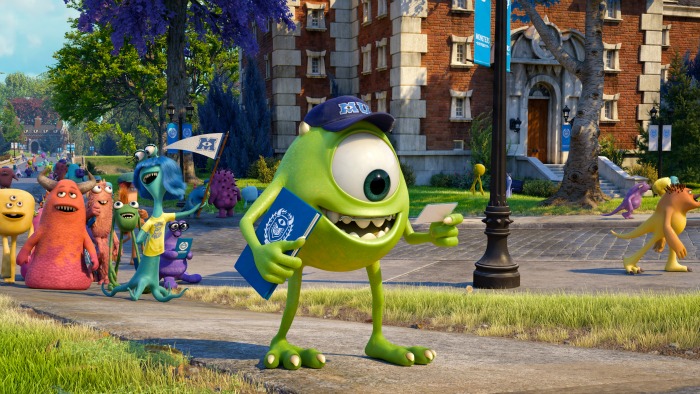 Chatting with Prodocer Kori Rae was definitely a highlight of my blogging career. She gave us some great insight into the movie. Monsters University is such an adorable and fun movie for the whole family. I hope you’ll have a chance to see it when it comes out in June!