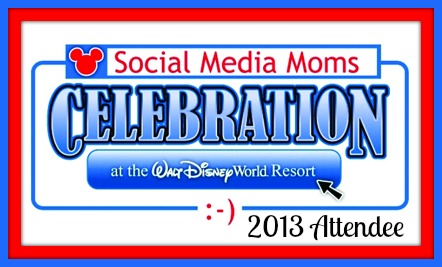 I have already written a couple of posts about my recent experience at Disney, but feel I should write a recap of Disney Social Media Moms Conference while it’s all still swishing around in my head. Sadly, I don’t have the memory I once did and was having so much fun at Disney World that I didn’t take a whole lot of notes. First, let me say how much I was surprised by the invitation to attend the greatest blogging conference on earth. I am truly honored and love that Disney included blogs of all shapes and sizes. You don’t have to have the largest Twitter following, or the most likes on Facebook. You don’t even have to be the most popular. You simply need to have a love for Disney to be included. Kudos to the folks who put this conference together for embracing such a diverse group of mom and dad bloggers and bringing us all together.

Disney is about family.

Did you know that Disney lets you bring your family along for this conference? Living in different states I don’t get to see my sisters as often as I would like, so we had a very special girls trip. There were definitely some disappointed kids over this decision, but we made up for it by bringing home some awesome souvenirs. 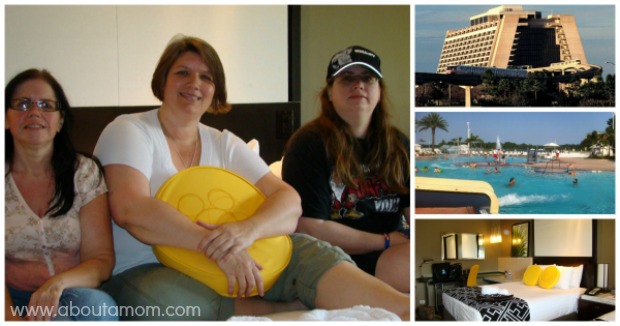 We stayed at the beautiful Disney Contemporary Resort. Having always stayed at one of the budget friendly All-Star Disney resorts, this was my first time staying at one of Disney’s Deluxe Resorts and it was such a treat. The amenities were amazing and it was so easy to get to all the parks. Pictured above are sisters Rachael, Catherine, and sister-in-law Chrishelle checking out the comfy beds in our room at the Contemporary Resort. We arrived early on the first day and totally lucked out that our room was already ready. After getting settled in, we hit the Magic Kingdom. 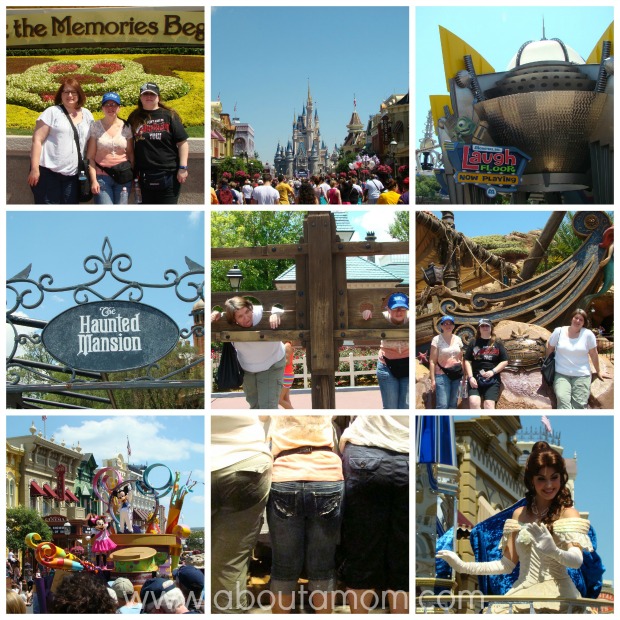 The first day in the Magic Kingdom was so much fun and went on quite a few rides.

We screamed our heads off on Space Mountain and the Thunder Mountain Railroad.

Got our butts soaked on Splash Mountain.

Laughed a whole lot in the Monsters, Inc. Laugh Floor.

Took lots of silly photos of ourselves.

The magic continued during night one of the conference. I listened to the wonderful Leanne Jakubowski, Director of Social Media for Disney Parks and Resorts and Meg Crofton, Disney Parks president. It was also great to hear from Chris Powell of the widely popular Extreme Makeover, Weight loss Edition. He got us fired up about living healthy and the fabulous Disney TRYit! inspired dinner we were about to enjoy. 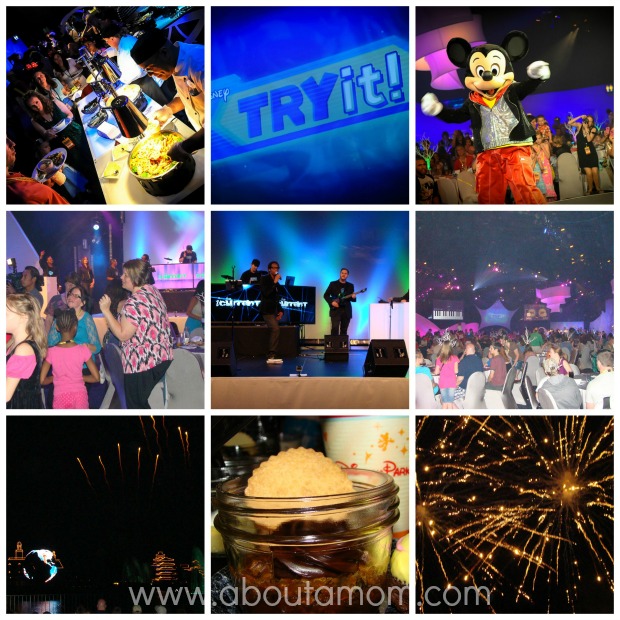 That first night at the conference was my favorite. It was the first glimpse of all the wonderful things that were in store for us over the next few days. The food and entertainment was so amazing. My sisters even got out onto the dance floor for a few. After dinner, we headed over to Epcot where we enjoyed decadent desserts and watched the Illuminations Fireworks display. It was truly a magical night. 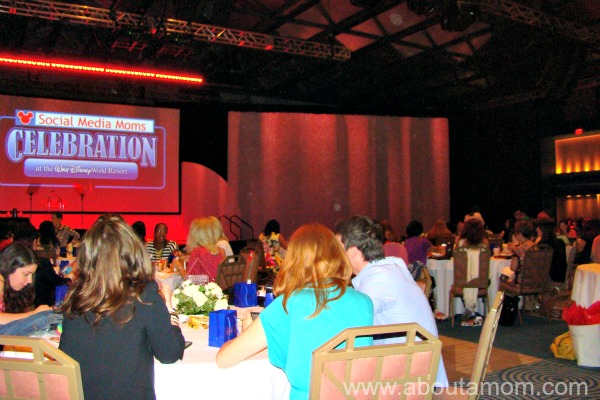 Conference day was so inspiring, although I have to admit that I was feeling a little nervous that morning. The room was full of so many wonderful bloggers and I only knew a handful of them. I randomly chose a seat for the Hanes sponsored breakfast and was immediately welcomed by some new friends. Bloggers really are awesome people. Disney had an incredible group of speakers lined up for us including the hostess with the mostess… the fabulous Rene Syler from the Live Well Network and Good Enough Mother (just to name a few). Rene shared her 10 Life Lessons and I’ll be sharing more on that in detail in a later post. I was also inspired by speakers Shannon Miller, Dayna Steele, Marc Mero, and Jackie Huba. I owe you more on this later also, along with reviews on a couple of books that I received. 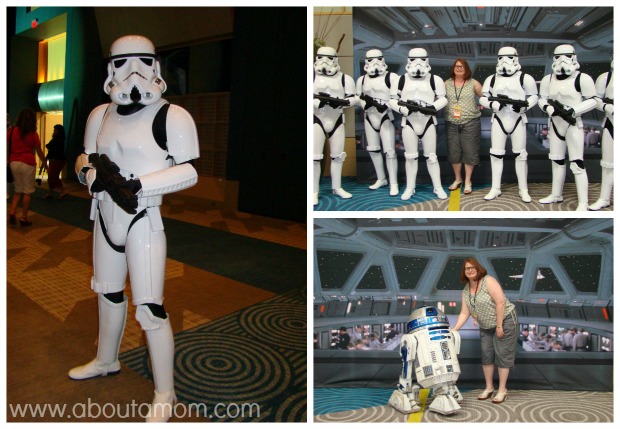 Things got really exciting at the conference when Storm Troopers came marching into the ball room to kick us out for a break. OMG!!! It was so awesome!!! During the break R2-D2 was also on hand for some photo opps. Bloggers also had a chance to go down and get Student ID’s for Monsters University, although I got mine during a visit to Pixar earlier last month. 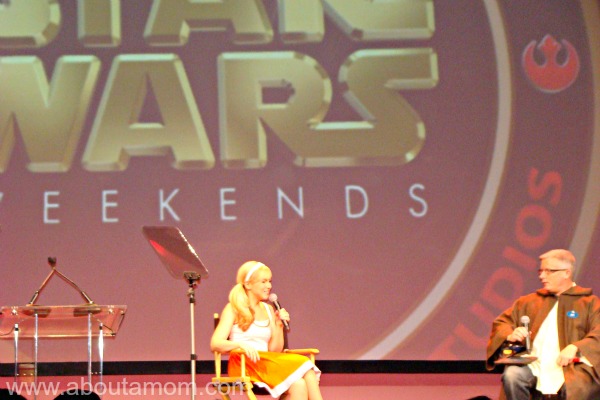 After the conference we met up with our families and headed over to Disney Hollywood Studios for a Red Carpet Social – a fabulous night of family, food and fun. Artists were on hand painting beautiful Disney art. We also had a chance for some great photo opps with some of our favorite Disney characters. 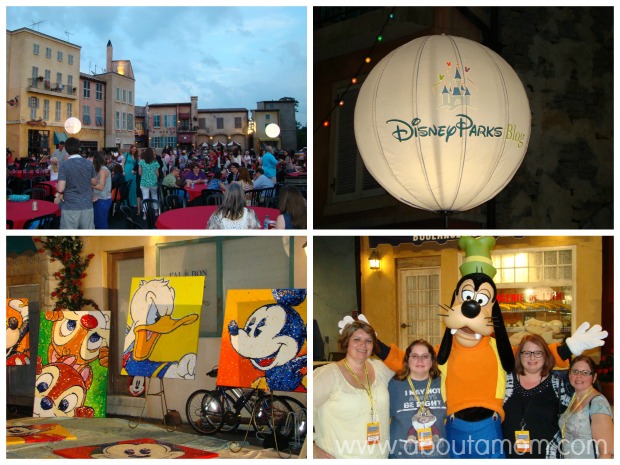 Saturday morning started off in the Magic Kingdom for Merida’s official welcome into the Disney Royal Court. It was spectacular and so much so that I wrote a whole post about it as soon as I got home.  After Merida’s royal welcome, my sisters and I had a little free time in the parks. 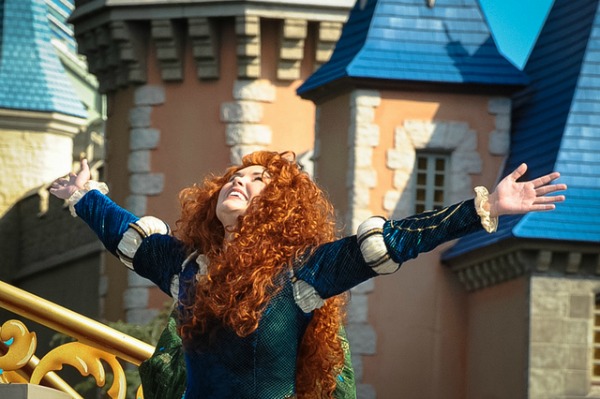 We headed over to Epcot to check out the Flower and Garden Festival and ride one of my favorite Disney parks rides – Soarin. Epcot is so incredibly beautiful this time of the year! 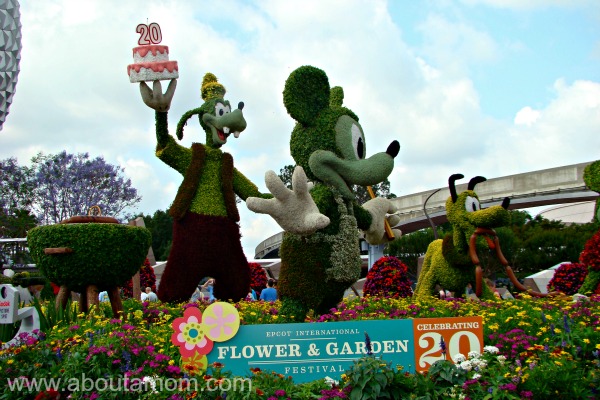 Next was a screening of the Disney Pixar movie “Monsters University”. I had only seen the first 20 minutes of the movie during my trip to Pixar and was excited to see the rest of the movie. Stay tuned for my “Monsters University” movie review coming soon. Saturday ended with a fantastic dinner at the Fantasia Gardens – Dancing Hippo & Sorcerer Pavillions, sponsored by the Disney “Magic of Healthy Living” initiative. There were a lot of fun activities for the kids this night. 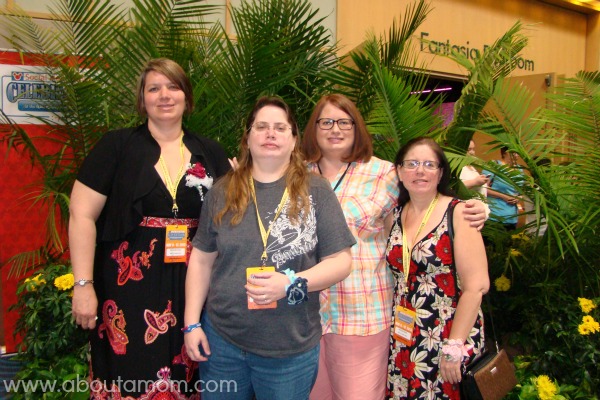 Our magical journey ended on Sunday with a beautiful Mother’s Day Garden Party Breakfast at the Disney Contemporary Resort’s Fantasia Ballroom. It was so nice to spend Mother’s Day with the most wonderful moms that I know. My sisters and I wore beautiful Mother’s Day corsages that Mom, Laura, made for us. We stuck around for the rest of the day to enjoy the Disney Animal Kingdom park. We had an amazing time at the Animal Kingdom park, so much so that I am planning to write a separate blog post to share it with you.

As Chrishelle and I were heading back to Georgia, it was difficult saying good bye to my sisters. I miss them so much already, but am so thankful to Disney for the wonderful moments and memories we gained from this trip.