When my family visits Disney and other amusement parks we tend to gravitate toward the wild rides. You know the ones that drop you, spin you, and race around on a track. However, I wasn’t prepared for the wild ride I would get on my most recent visit to Disney Animal Kingdom in Orlando. I’ll be honest and say that we went on this attraction because I was tired and wanted to sit down for a while. What I didn’t realize is just how much my family would enjoy the safari ride. 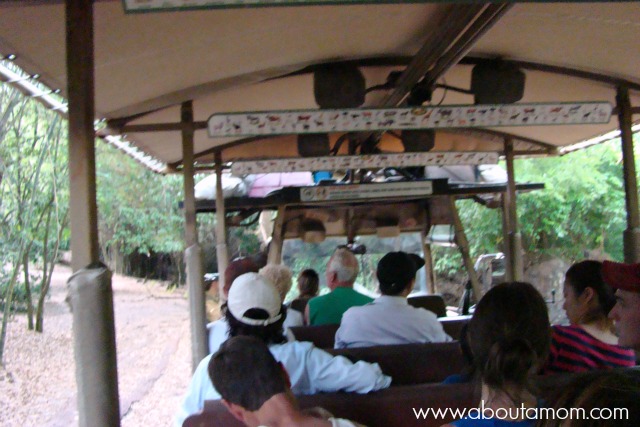 We boarded onto a jeep with some other adventurers and a rather humorous guide, then headed out onto the wildlife preserve to see a variety of native African species. This safari made us feel as if we had been transported to a 100 acre wild African savannah. I was so impressed by the beautiful, natural habit provided to the animals and was amazed by how close our jeep got to some of the animals. I was able to get some pretty amazing pictures like the ones below. 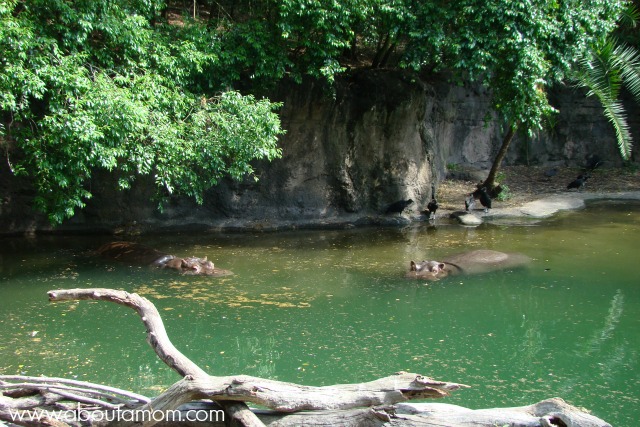 While on safari you will encounter the white rhino, black rhino and hippos. 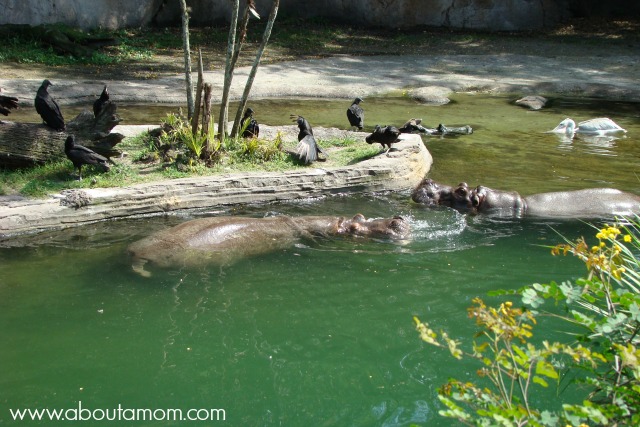 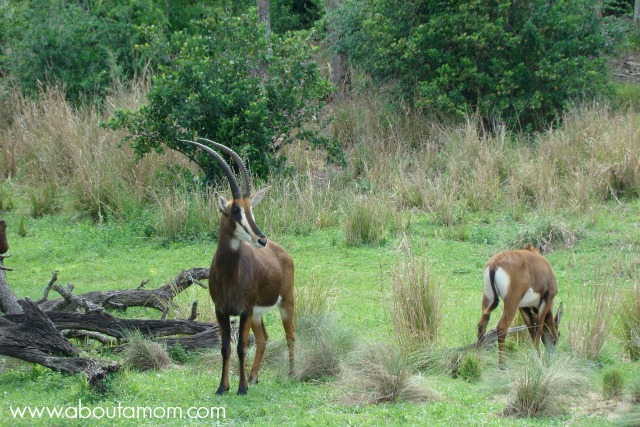 I didn’t want to get any closer to these hungry crocodiles! 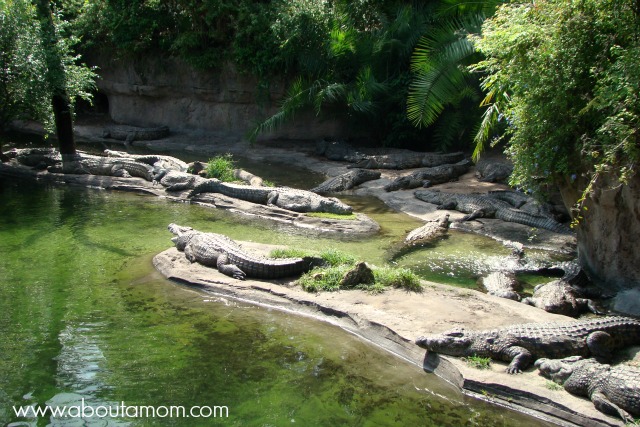 This adorable giraffe seemed to be having a snack up in the trees. 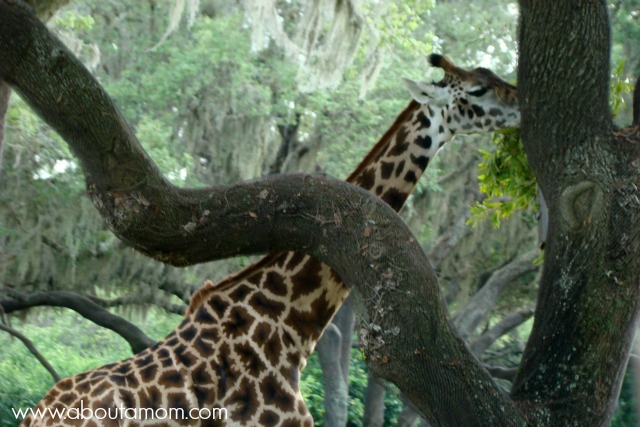 At one point during our ride we had to stop for a couple of giraffes meandering down the trail. 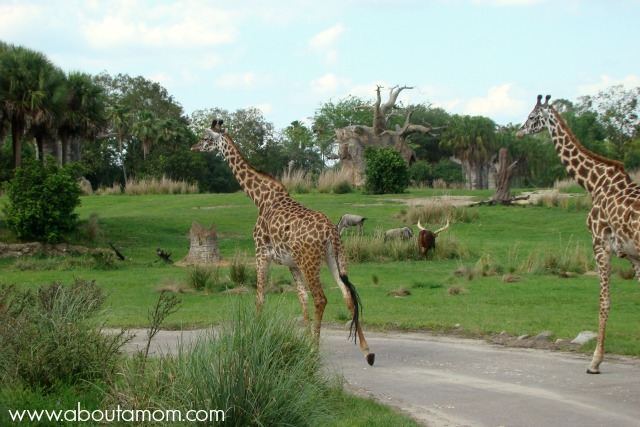 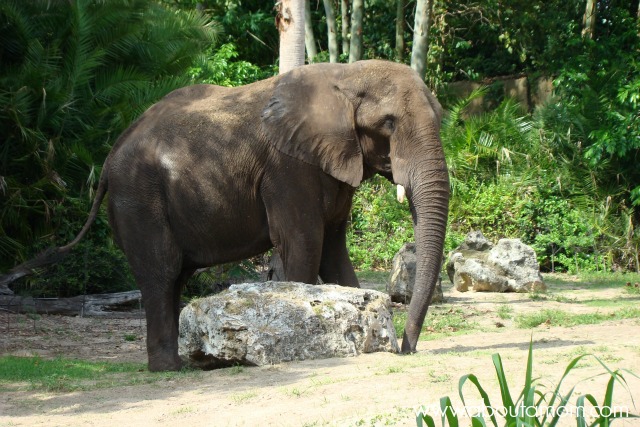 This elephant family was one of the sweetest sights on the safari. 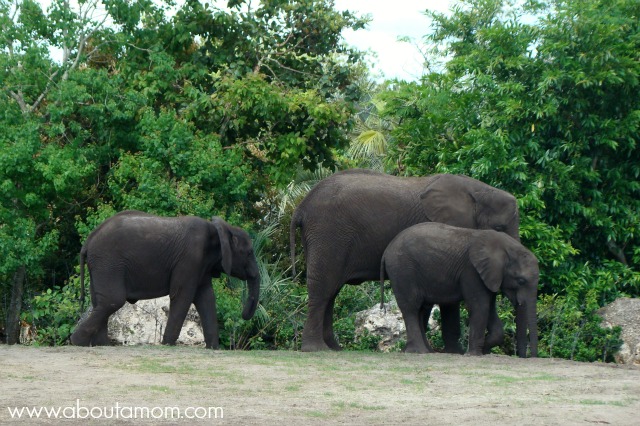 Pink Flamingoes inhabit a tiny island that legend says is in the form of a “Hidden Mickey”. 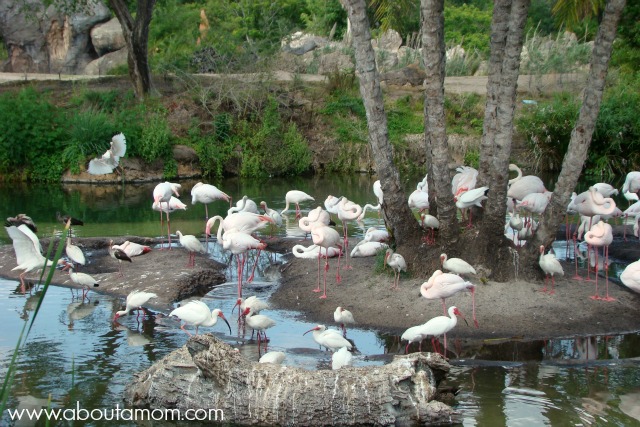 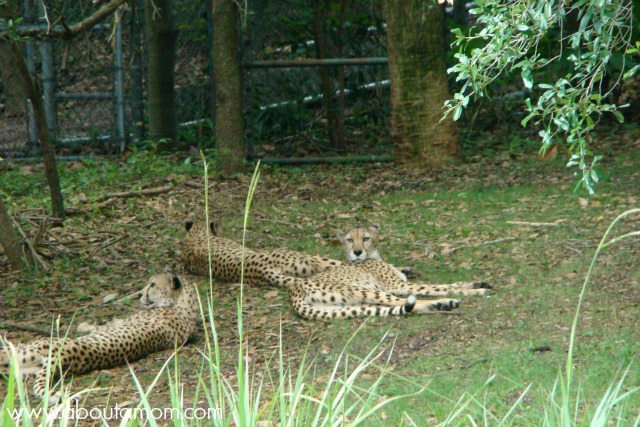 I just love this shot of some Ostrich eggs. 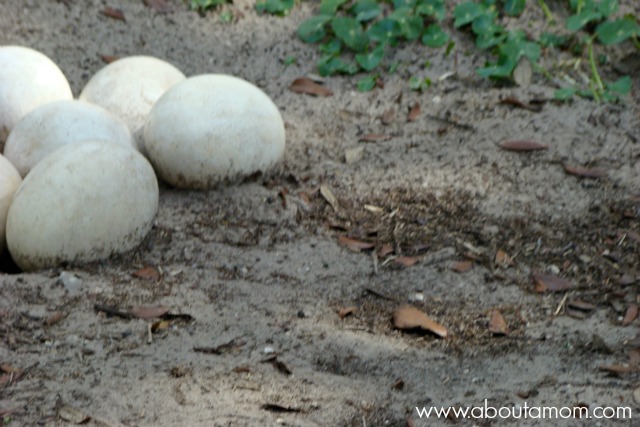 The mama Ostrich was just a few steps away, carefully keeping close watch over her eggs. 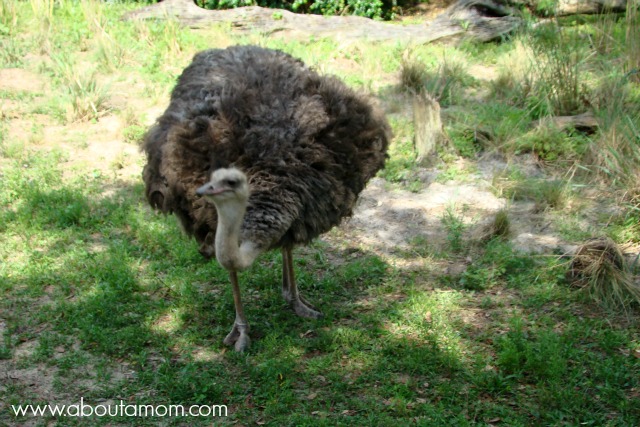 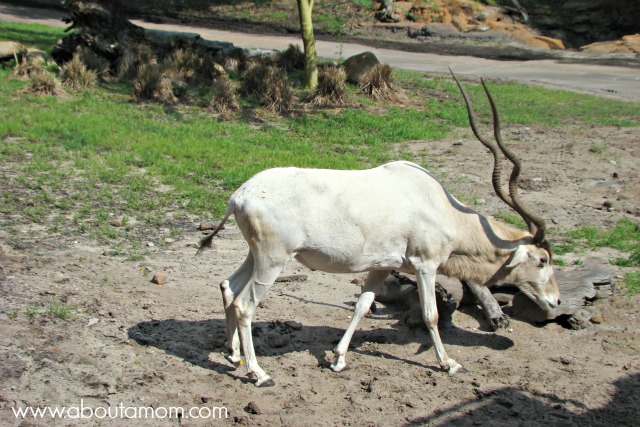 We didn’t get a glimpse of the lions this day, and I am not surprised since the reportedly sleep up to 20 hours per day. We did get to see many other beautiful creatures of the wild, and I look forward to going on safari again during my next visit to Disney’s Animal Kingdom.

The Kilimanjaro Safaris is located on the edges of Harambe, the African village in Animal Kingdom at Walt Disney World. The jeep is covered and has some padding on the seats, making for a comfortable ride. FASTPASS is available for this attraction.

Disclosure: I rode this attraction while attending the Disney Social Media Moms Conference, and received discounted rates and tickets to various events and attractions. All opinions are my own.