Smart moms always have some tricks up their sleeves for those times when the kids are bored, don’t know what to do, and are generally getting on everyone’s nerves.

My son, Mason,  recently had a half day from school, and when my daughter was napping, I started hearing the familiar “I’m bored” refrain. Perfect time, I thought, to bring out the new B Daman Crossfire game I’d been squirreling away for the right time.  We have the B-Daman Crossfire Break Bomber Battlefield Set with the Strike Dragren and Quick Loader Magazine. 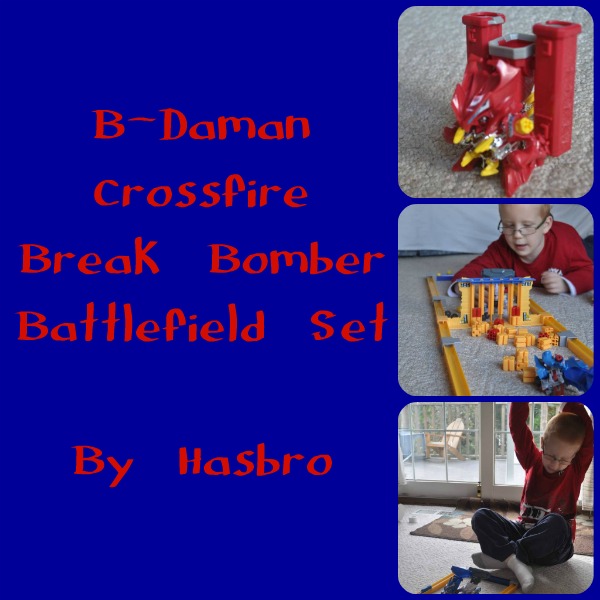 At first, when I was taking it out of the box, I was a little concerned. Assembly required? No sweat. Turns out there are just a few pieces to snap together. We were up and running within 10 minutes.

It’s a walloping understatement to say my son love the B Daman game. He had never played with an action set like that, nor had he watched the tv show, so it was totally unfamiliar. So it’s a testament to the design of the game, or just the native instinct of children to want to knock things down, but he got the idea right away. 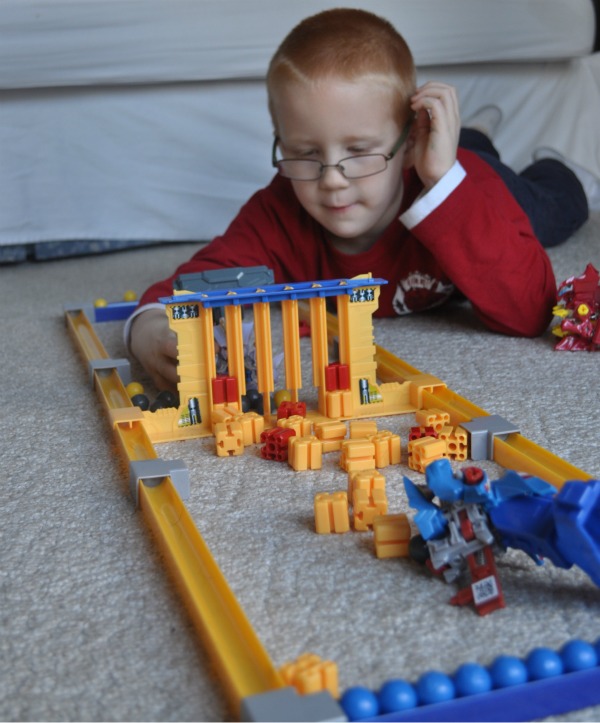 The object of the B Daman Crossfire set it to shoot as many red blocks as you can  into your opponent’s area. So I was trying to play it with Mason as a 2-player game, but he didn’t want me too!  He customized it by using two “guys” on one side and shooting them both at the same time.

We have a lot of toys at our house, so it takes a lot for a new toy to stand out. The B Daman Crossfire arena was definitely a hit!  All B Daman toys have online capabilities — which means your pieces can be registered online and can be played with in-app. I have to say, though, Mason was completely happy for over an hour at a time just playing with the actual game!

My only critique is that there is no carrying case to keep all the parts organized when not in use. No big deal, I just saved the original box and threw all the parts in there. It’s easy to set up once you’ve done it once, so that’s not an issue. 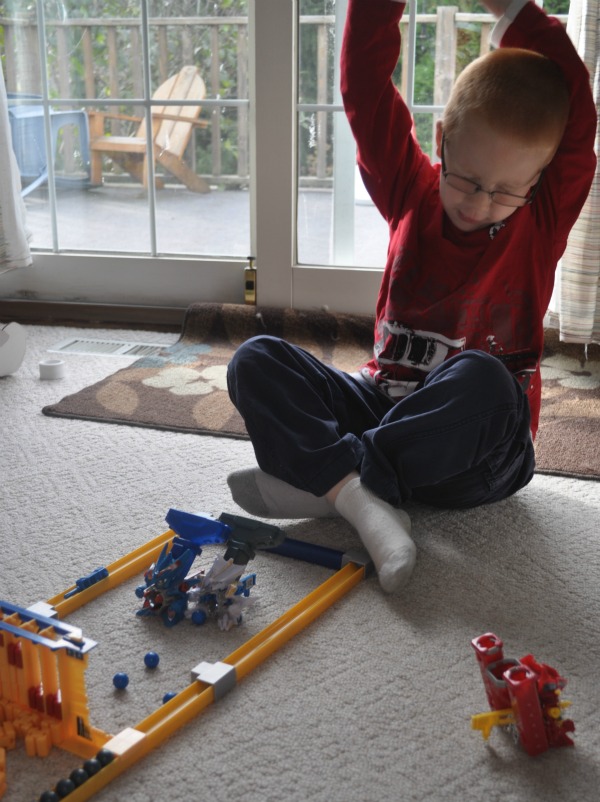 I’m so happy we already have this toy at our house, but the B Daman Crossfire would be a great gift idea!