Have you heard of the Be Fearless Be Kind initiative from Hasbro? It is designed to inspire kids to have compassion for others. Be Kind Be Fearless wants to empower kids to have the courage and empathy to stand up for others, to encourage kids to be inclusive throughout their lives. The ultimate goal is to build a kinder generation where all kids are included. Through my partnership with Hasbro as a Kindness Ambassador, I am excited to share this important new initiative with you.

It can be hard to teach kids exactly how to show these kind of traits. We want to be role models for our kids and we want to be there to help them learn and embrace these kinder qualities. Be Fearless Be Kind is offering resources to help parents and teachers to teach kids the feeling of fulfillment that comes from doing the right thing and to help inspire empathy.

We want kids to stand up for others, include everyone, and take action when they see a problem.

Be Fearless Be Kind has great partners to help them reach their goals. Ashoka and No Bully are our partners on the empathy piece. Special Olympics Unified is about inclusion and generationOn and Rock Your World are about taking action.

Why now? Why should we start teaching these things to our kids now. Studies have shows that teens are 40% less empathetic that teens 30 years ago and 62% of Americans say that kids are not as kind as they were in the past.  These are qualities we have to teach kids, they are not born with an empathy gene. This is part of why bullying is on the ride. Kids act out in different ways when they are feeling isolated. Kids everywhere no matter what their background is, can make a difference and change things in a positive way. These types of changes give a sense of empowerment and a sense of purpose.

Hasbro is celebrating those that make a difference. To help teach empathy, so far in the 2016 school year, more than 50,000 kids have already submitted the Rules of Kindness and have plan to put them into action. Starting with an understanding of the Universal Declaration of Human Rights and the Convention on the Rights of the Child, students did research on an issue of their choice, then created a media-based advocacy campaign to promote awareness and ignite positive change. To date it is impacting: 684,250 students, 25,000 schools, 29,750 teachers in 72 countries. 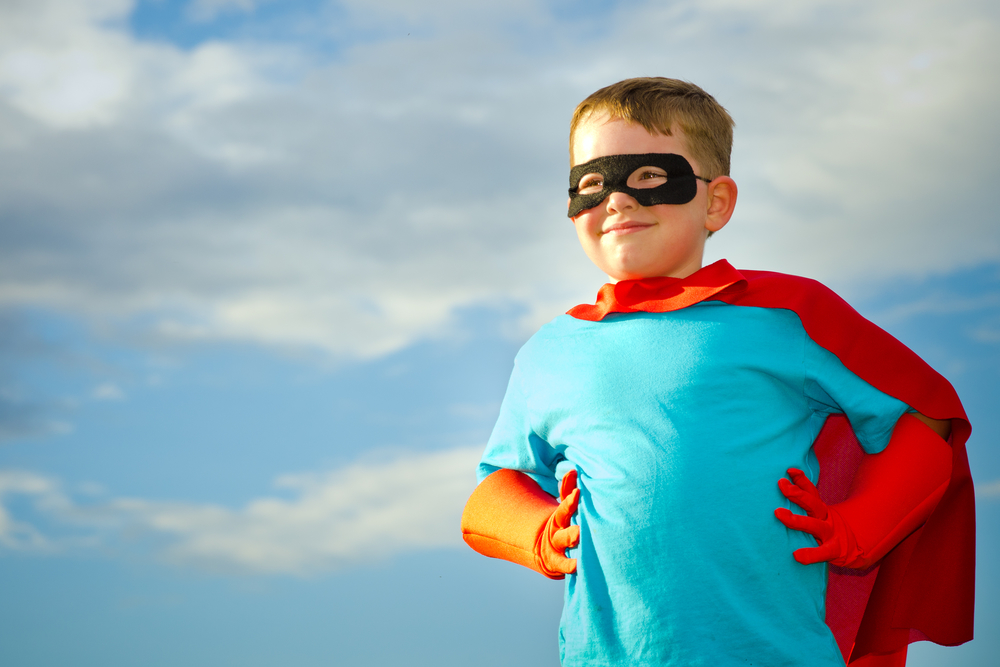 Celebrating Kind Kids is a critical element in the program.  So, for the past seven years, we’ve recognized Hasbro Community Action Heroes who personify empathy, kindness and leadership as they serve their community through volunteerism. At the end of October, Hasbro will be announcing 10 new heroes.

Hasbro will be starting a new relationship with Special Olympics to support Unified Strategy for Schools.  one student who has shown extraordinary empathic leadership will receive the “Hasbro Kindness Award” in states where we have offices (Rhode Island, WA, CA, FL).  Hasbro will also be supporting the expansion of the Unified program globally in seven different countries (Brazil, Canada, China, Colombia, Italy, Mexico, UK).

In a world where many kids face some kind of sadness, feeling alone or left out, Hasbro is creating a place for kids to grow and flourish. Be Fearless Be Kind.

Be sure to take advantage of these great Empathy Tools & Resources.

Please join us on Thursday, November 14 at 2 PM EST for the Hasbro Be Fearless Be Kind Twitter party. We’ll be giving away eight Hasbro prize packs. The hashtags are #BFBK and #Bekind. @socialgoodmoms will be the host.

Be Fearless Be Kind Giveaway

I have a prize pack ($50 value) with an assortment of Hasbro toys and games to give away.

***Update: This giveaway has ended. Congratulations to our winner. Julie L.

1. Leave a comment below no later than November 10, 2016. Comments should be meaningful and a minimum of 5 words.

4. Tweet the following for an entry:
Thanks to @aboutamom, I learned about the @Hasbro BE FEARLESS BE KIND initiative to empower kids! #BFBK #BeKind http://bit.ly/2dZpOfL