Home » Giveaways » Despicable Me 3 is in Theaters on June 30! + Giveaway

Going to the movies is such a great way to take a break from the heat during the summer months. Despicable Me 3 is in theaters on June 30 and is sure to be a MEGA family blockbuster. I’m excited to partner with Universal Pictures to tell you more about this movie, along with some fun new merchandise that your kids will love.

Also, be sure to enter to enter the giveaway at the bottom of this post for a chance to win a $50 Fandango gift card to see Despicable Me in theaters on June 30 and two (2) Despicable Me Mega Construx Micro packs.

Watch the Despicable Me 3 Trailer

My 8-year old is obsessed with Gru and the Minions. She’s been looking forward to this movie for weeks! I’m so glad it’s almost here.

Illumination, who brought moviegoers Despicable Me and the biggest animated hits of 2013 and 2015, Despicable Me 2 and Minions, continues the story of Gru, Lucy, their adorable daughters—Margo, Edith and Agnes—and the Minions in Despicable Me 3.

After he is fired from the Anti-Villain League for failing to take down the latest bad guy to threaten humanity, Gru finds himself in the midst of a major identity crisis. But when a mysterious stranger shows up to inform Gru that he has a long-lost twin brother—a brother who desperately wishes to follow in his twin’s despicable footsteps—one former super-villain will rediscover just how good it feels to be bad.

You know there has to be some super fun merchandise for this movie! We received a couple of the new MEGA CONSTRUX™ MICRO ACTION FIGURES and OMG they are so stinkin’ cute. I’ll be scoping out ToysRUS, Target, and Walmart for the rest of these little guys. 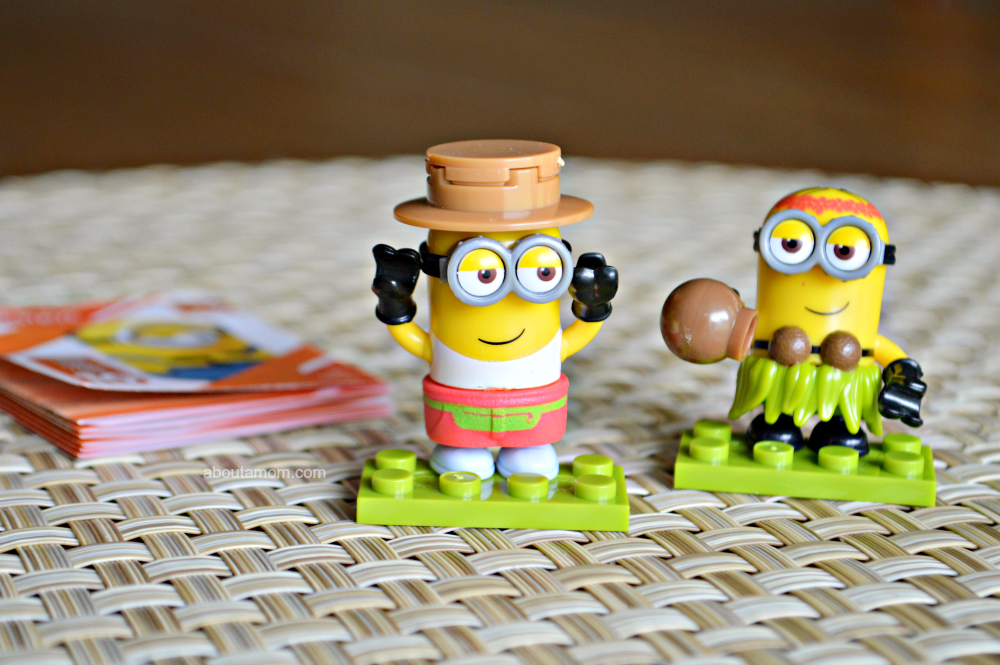 Get ready for buildable buffoonery movie-sized mischief. With 12 new henchmen to collect including a new figure, Fluffy, you can create your very own silver screen shenanigans. Features all-new outfits, gear, themes, and accessories. Collect them all and build your loyal Minion tribe. These toys have small parts and are recommended for kids ages 5+. The suggested retail price is just $2.99, making them a perfect treat for good behavior during summer break. T had so much fun putting ours together. Kids just love things like this that come in miniature. 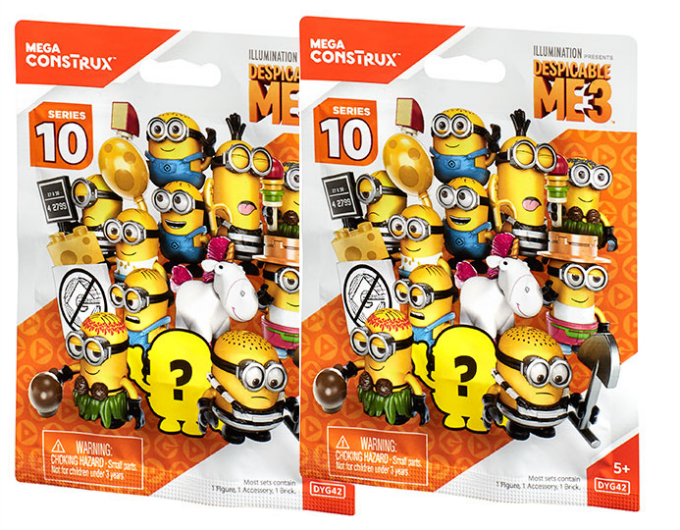