Disney's Pete's Dragon is in Stores Now! + Giveaway - About a Mom ↑

Just in time for the holidays, Disney Pete’s Dragon is in store. The timeless tale of a boy and his fire-breathing friend is sure to melt hearts! The heartwarming adventure is now available on Digital HD, Blu-ray™, Disney Movies Anywhere, DVD and On-Demand, just in time to entertain the entire family this holiday season.

Pete’s Dragon is a sweet film about love, friendship, and finding family in unexpected places. With a little magic sprinkled in. The kind of magic you’ve come to expect from Disney.

Parents you will love this sweet throw back Disney film. The kids will enjoy it too! My family absolutely loves this movie. If you haven’t already seen Pete’s Dragon, be prepared for your kids to absolutely fall in love with Elliot. There’s nothing scary about this lovable dragon. While Elliot is more like a big teddy bear, there are some intense and excitement packed scenes in this movie. Pete’s Dragon is a great one to pick up and watch during holiday break or to tuck into your child’s Christmas stocking. 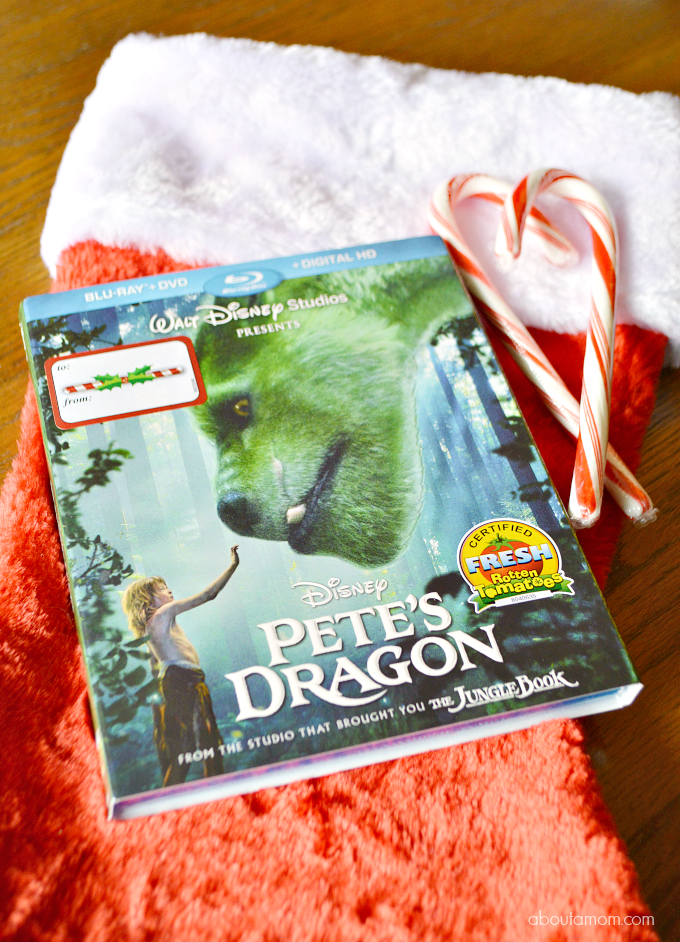 I just love this for a stocking stuffer!

“Pete’s Dragon,” a reimagining of Disney’s cherished family film centered on an orphaned boy named Pete and his best friend Elliot — who just so happens to be a dragon.

Families will be captivated by this magical movie followed by never-before-seen bonus features, including a revealing look at director David Lowery’s personal diary kept during the filming of “Pete’s Dragon,” the design process behind the lovable dragon Elliot, deleted scenes, a tour of the film’s breathtaking production location of New Zealand, audio commentary by filmmakers and actors and hilarious bloopers.

“Pete’s Dragon” stars Bryce Dallas Howard (“Jurassic World”) as Grace, a forest ranger in the Pacific Northwest who happens upon 10-year-old Pete, played by Oakes Fegley (“This is Where I Leave You”). Oona Laurence (“Southpaw”) is Natalie, the 11-year-old daughter of Jack, a lumber-mill owner played by Wes Bentley (“The Hunger Games”). Karl Urban (“Star Trek”) is Jack’s bumbling brother Gavin and Oscar®-winner Robert Redford (“Captain America: The Winter Soldier”) portrays Mr. Meacham, an old wood carver who delights the local children with tales of a fierce dragon. 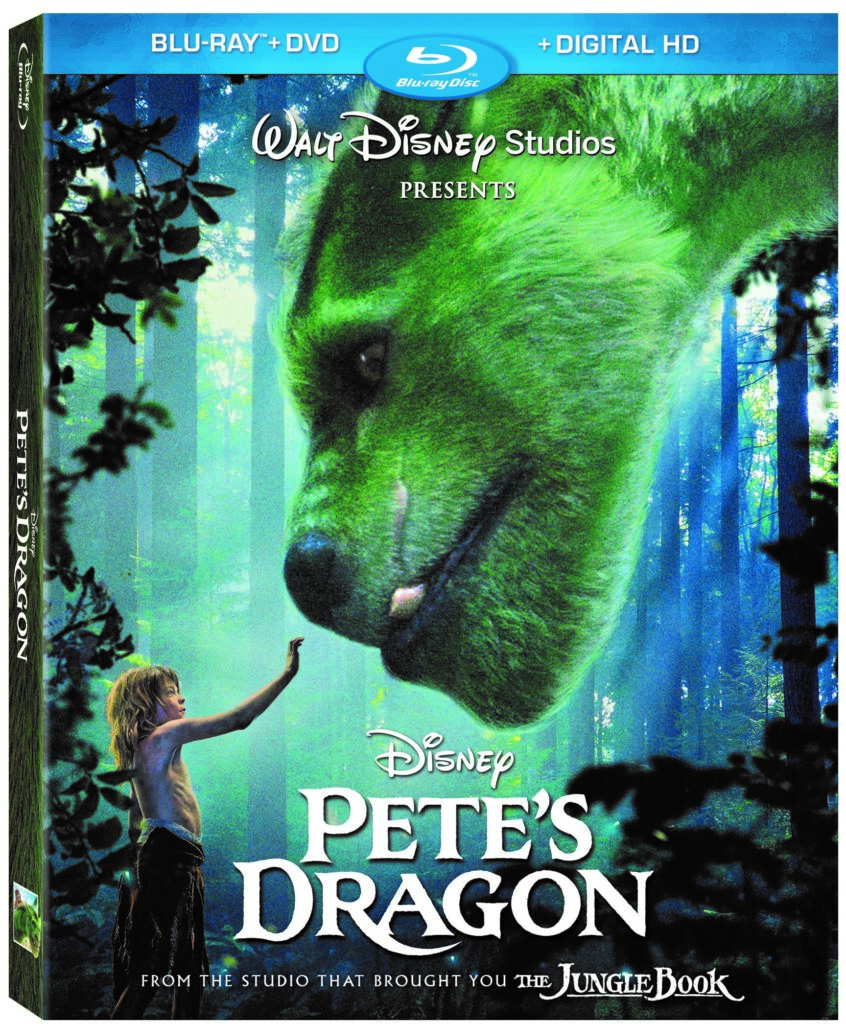 Open yourself up to believe in magic. Pete’s Dragon is in stores now, and includes some cool bonus features.

Bonus features include*:
BLU-RAY & DIGITAL HD:
• Notes to Self: A Director’s Diary – Director David Lowery narrates the personal diary he kept through the filming of “Pete’s Dragon” in this intimate and fascinating look at the movie’s making.
• Making Magic – Discover fun facts about what went into designing this spectacular, lovable dragon.
• “Disappearing” Moments – The director shares a montage of the film’s “lost” scenes.
• Welcome to New Zealand – Experience the wonders of New Zealand and learn why it’s a magical place to visit … and to make a movie.
• Audio Commentary – Gain an insider perspective from director David Lowery, co-writer Toby Halbrooks and actors Oakes Fegley and Oona Laurence.
• Music Videos
o “Nobody Knows” by The Lumineers
o “Something Wild” by Lindsey Stirling featuring Andrew McMahon in the Wilderness
• Bloopers
DVD:
• Making Magic

Giveaway open to US addresses only.
Prizing and samples provided by Disney Pictures.

1. Leave a comment below no later than December 10, 2016. Comments should be meaningful and a minimum of 5 words.
2. Daily Comments as daily entries allowed.
3. Follow @aboutamom and @DisneyPetes on Twitter.
4. Tweet the following for an entry:
In time for the holidays, #PetesDragon is in stores now! Enter to win a @DisneyPetes Digital Copy via @aboutamom http://bit.ly/2gRSeoC
5. Daily Tweets allowed.