The latest Disneynature film to release to DVD and Blu-ray is WINGS OF LIFE – a spectacular, closer-than-close, high-definition look at the intricate world of butterflies, hummingbirds, bees and bats, and their lifesustaining collaboration with flowers. It’s an awe inspiring look at nature which is both thrilling, entertaining, and very educational. 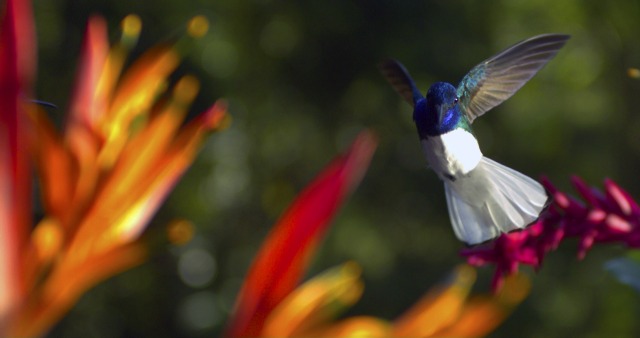 ‘Wings of Life,’ a Disneynature film by Louie Schwartzberg.

WINGS OF LIFE slows down the hummingbird allowing us to take in the bird’s brilliant color and fierceness. I’ve watched the hummingbirds battle it out at the feeders many times, but had never truly seen them until watching this movie.

The film is narrated by Academy Award® winner Meryl Streep. I would not have recognized it was her were it not written on the DVD box. Her voice has a soft and magical quality as she takes on the role of the flower. Speaking of flowers, there are many beautiful flowers in this film. I had no idea that flowers were so complex and brilliantly engineered to attract and sometimes trick pollinators into spreading their seed. 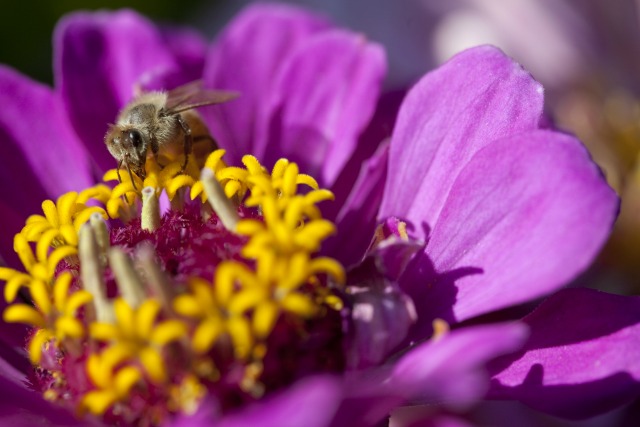 “In the chaos and craziness of our day-to-day lives, few of us stop to consider what’s happening behind the scenes in nature that makes our lives possible,” said Streep. “This film is a stunning adventure that literally takes flight alongside all kinds of winged creatures—butterflies, bees and bats—each working hard to pollinate our planet.”

I have been hearing on television about the disappearing of bees, and was glad to see this topic addressed during the movie in pretty great detail. WINGS OF LIFE gets you thinking about the complexity and fragility of our ecosystem, and wondering what we can do to help preserve not only the flowers and pollinators, but our own future on this planet. 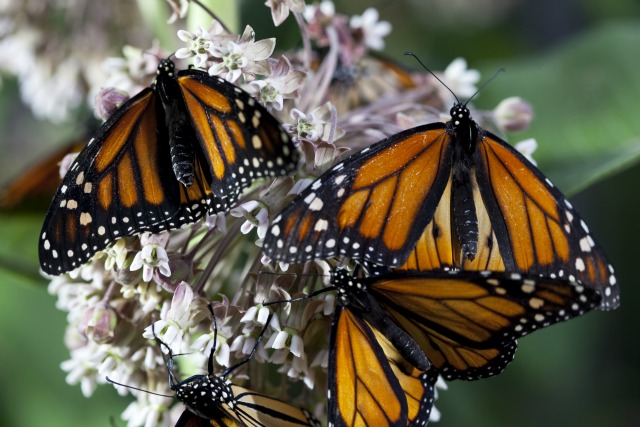 After watching WINGS OF LIFE my family went right into discussion about what we can do such as planting more pollinating flowers, how we can better feed the birds, and using green products in our garden and yard. If Disneynature intended this call to action, they have succeeded well. My family learned so much from watching this film, and I hope it’s lessons will reach every living room and classroom.

Said Schwartzberg, “For me, the joy of doing this film is to be able to explore worlds that humans can’t easily experience—bats sipping nectar in the middle of the desert at night, orchid bees expertly manipulated by a bucket orchid, exotic hummingbirds flying like airborne dancers, and a clustering monarch colony with millions of butterflies. I hope to share the spectacle of nature and to spark in others the sense of wonder I have about the natural world.”

To celebrate the debut of “Wings of Life,” Disneynature has made a contribution to the Disney Worldwide Conservation Fund (DWCF) to protect pollinators worldwide. The DWCF has already supported more than 20 projects across North America focused on protecting pollinators and their habitats. Grants have helped conservationists save endangered butterflies, expand habitat for honeybees and educate children about the importance of pollinators and how they can help protect them. 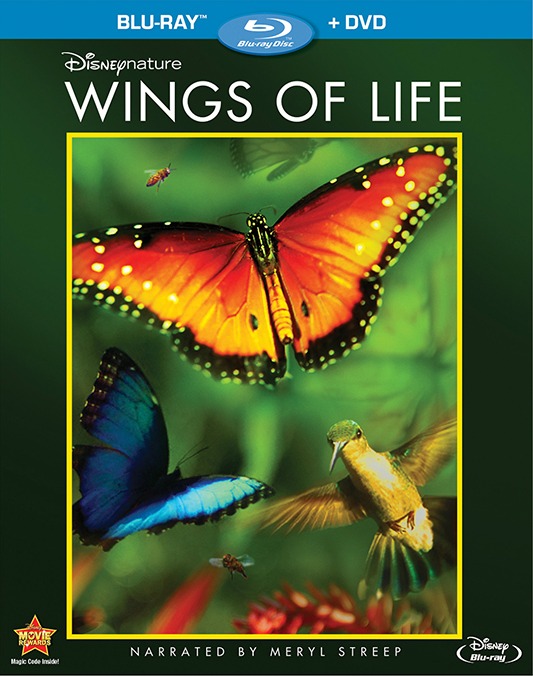 The “Wings of Life” Blu-ray Combo Pack includes a sneak peek at Disneynature’s 2014 big-screen adventure “Bears” (in theaters on April 18, 2014). In an epic story of breathtaking scale set against a majestic Alaskan backdrop teeming with life, the film, which is currently in production, follows two mother grizzly bears as they impart life lessons to their impressionable young cubs.

Disneynature’s WINGS OF LIFE is available to Blu-ray and DVD on April 16, 2013!

Disclosure: About A Mom received a copy of this film to facilitate a review. All opinions are our own.