Disney’s “Journey to Oz Balloon Tour” launched today from the Walt Disney Studios lot, in honor of the upcoming Disney fantastical adventure “Oz The Great and Powerful” opening in U.S. theaters and IMAX® on March 8, 2013! The hot air balloon tour is sponsored by leading multichannel retailer HSN and IMAX Corporation. Keep your eyes toward the sky and maybe you’ll catch a glimpse of this beautiful hot air balloon! 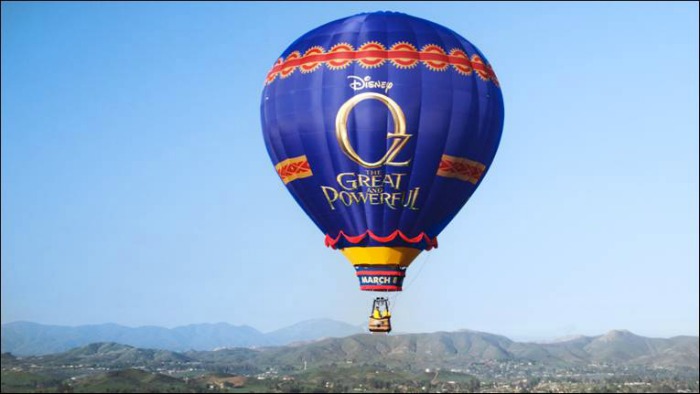 Stops for the “Journey to Oz Balloon Tour” to date include:

There is also an app! Starting this Friday, February 15, the “Journey to Oz Balloon Tour” app will go live on the official Facebook page for the film. If you want an opportunity to unlock screenings and see the film early, use your Twitter account and the hashtag for your city (e.g. #DisneyOzSeattle) to cast your vote or share on Facebook. 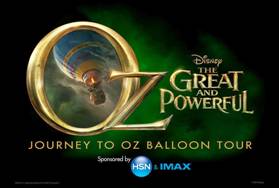 I would love to go up in a hot air balloon, but I guess I’ll have to settle for the excitement of seeing “Oz The Great and Powerful” on March 8th!