It’s been a busy weekend for my family, especially over at my son’s house. We’ve had a birthday party, a grilling competition between my son and daughter, and band practice for my sixteen year old grandson’s band – and that was all on Saturday. I made a giant sized batch of my famous (famous in these parts anyways) party potato salad, and a couple of peanut butter pies. After all that time in the kitchen, I was glad to get a little help from DOLE via DOLE Fruit Crisps. I set up an assortment of them in the dining room and they were a big hit with both kids and adults. 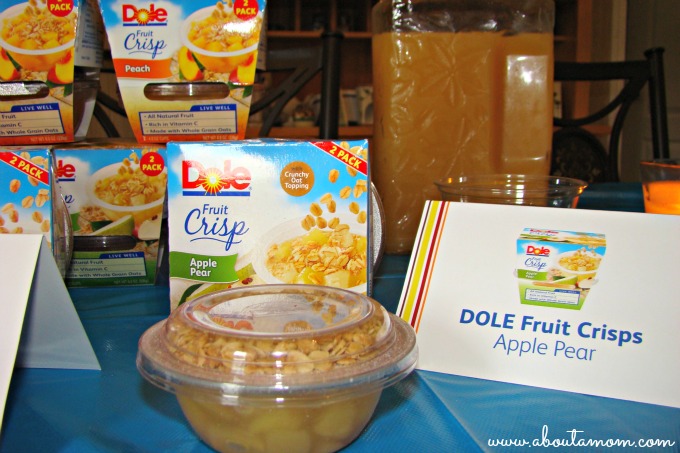 We had such a fun day, and thanks to DOLE it was a little more special. I received a fabulous DOLE Fruit Crisps party pack that included a fabulous variety of Fruit Crisps, along with nail polish for the girls, a gift card for additional party supplies, and the ingredients to make a Peach Mocktail which was so refreshingly delicious. The DOLE party pack really added a lot to the party and made my job a bit easier. 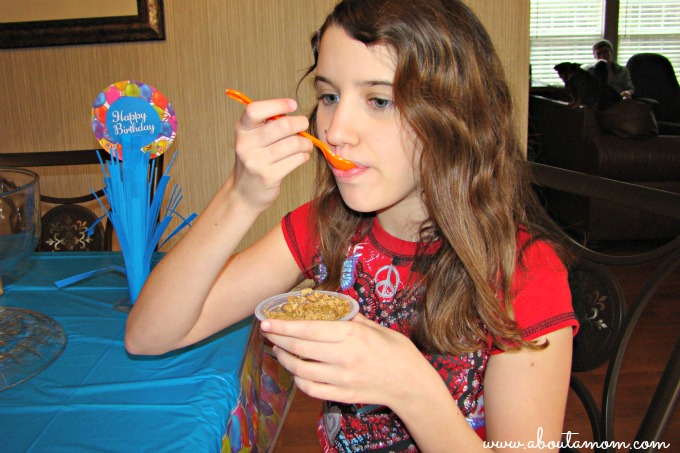 Quite a few were snatched up as snacks while we were waiting to eat dinner. What surprised me a little is how many people opted for the fruit crips as dessert. I have been eating fruit cups in the evening instead of a bowl of ice cream, but I thought for sure all of our party guests would be going for the Double Fudge Coca Cola Cake or Peanut Butter Nutella Pies that were on the table. It turns out I was wrong.

DOLE Fruit Crisps features the delicious combination of all-natural fruit and a crunchy oat topping. They can be eaten cold like we had them at our party, or warmed up which is the way I like to eat it at night. I love that added crunch, and so did my friends and family! These yummy little treats can be found on the canned fruit aisle of your local grocery store.

As with most of our parties, everyone congregated around the good eats. 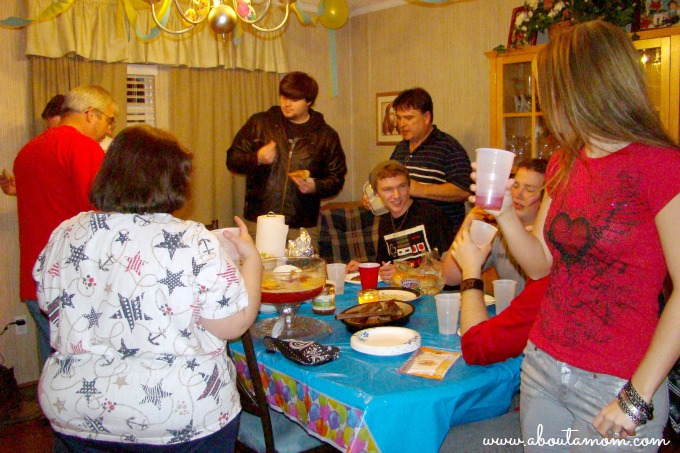 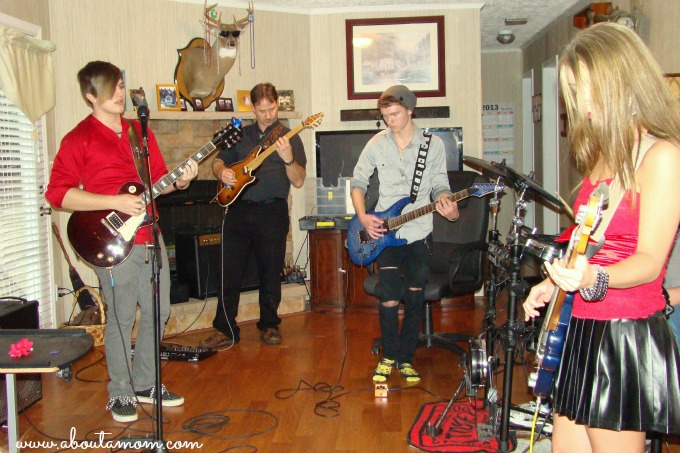 I just have to share this cute pic of all the girls! 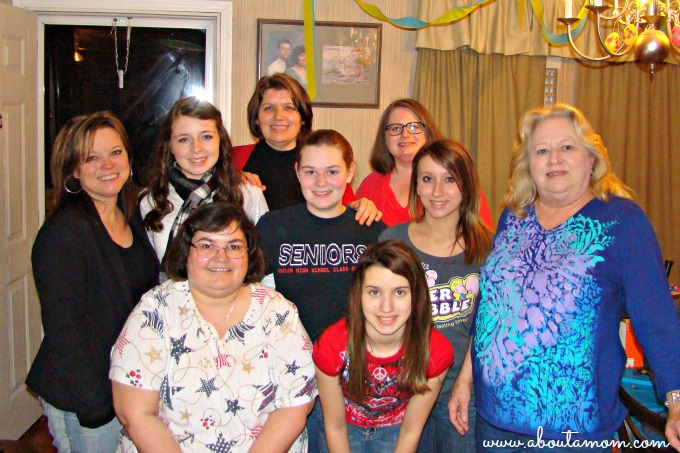 Will you be serving DOLE Fruit Crips at your next party?

Learn more about DOLE Fruit Crisps online and connect with DOLE on Facebook.

I wrote this review while participating in a campaign for Mom Central Consulting on behalf of Dole. I received product samples to facilitate my party and review, and a promotional item to thank me for participating.