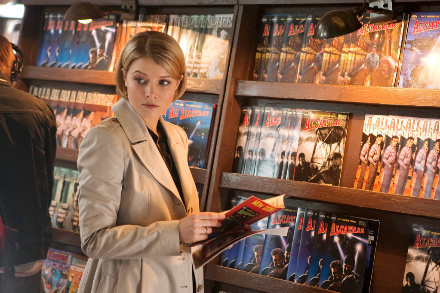 Detective Rebecca Madsen” (Sarah Jones) and Alcatraz historian “Doctor Diego Soto” (Jorge Garcia) team up with a secret agency that is dedicated to finding and catching inmates from the infamous prison who went missing 50 years ago and are reappearing today. The special task force includes Sam Neill as “Emerson Hauser” and Parminder Nagra as “Doctor Lucy Banerjee.” Then, when a sniper begins targeting young victims, the team is forced to retrace the steps of the past in order to solve this modern day mystery on the special two-hour series premiere “Pilot/Ernest Cobb” episode of ALCATRAZ.

Disclosure: No compensation was received for this post. We simply love this show and want to share this exciting news with our readers.