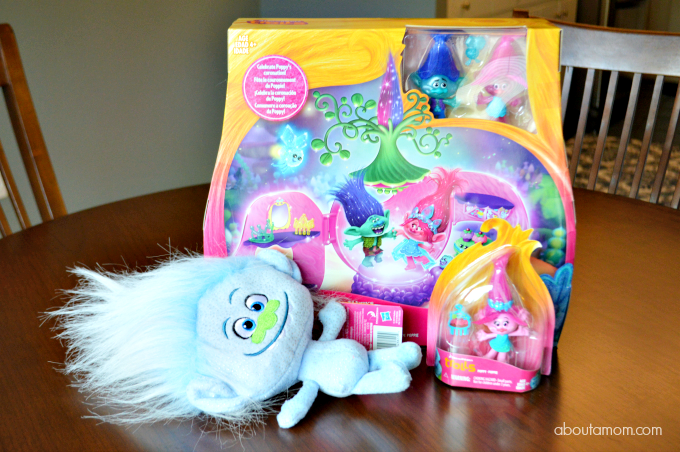 Anyone else incredibly excited about DreamWorks TROLLS in theaters today? Tati and I are going to see it after school. She’s gone Troll crazy these last few weeks.

I really wish I would have had the video rolling when she saw these new Trolls toys from Hasbro. She was so excited! Many thanks to Hasbro for providing these fun toys for review, along with a special Trolls giveaway for About a Mom readers. 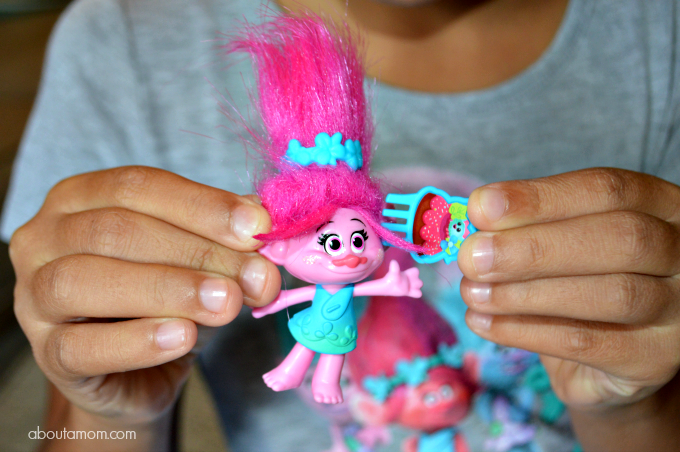 Collect all new DREAMWORKS TROLLS friends, each standing five inches tall and featuring crazy, colorful hair with tons of flair! Each TROLLS character in the Collectables Assortment sports its own unique look and fashion, and comes complete with a comb to brush and style its fabulous, fluffy locks. Fans can collect up to nine TROLLS characters, including DREAMWORKS TROLLS POPPY, BRANCH, HARPER, GUY DIAMOND, DJ, BABY POPPY, BIGGIE, COPPER and SMIDGE characters. Each sold separately. Available at most major retailers and on HasbroToyShop.com.

These little TROLLS Collectables are so cute! I don’t know what it is that makes miniatures so fun, but they totally are. This little Poppy collectable won’t take up much space in the toy box and is so fun to play with. I really like how affordable they are. I’m thinking stocking stuffers for these! 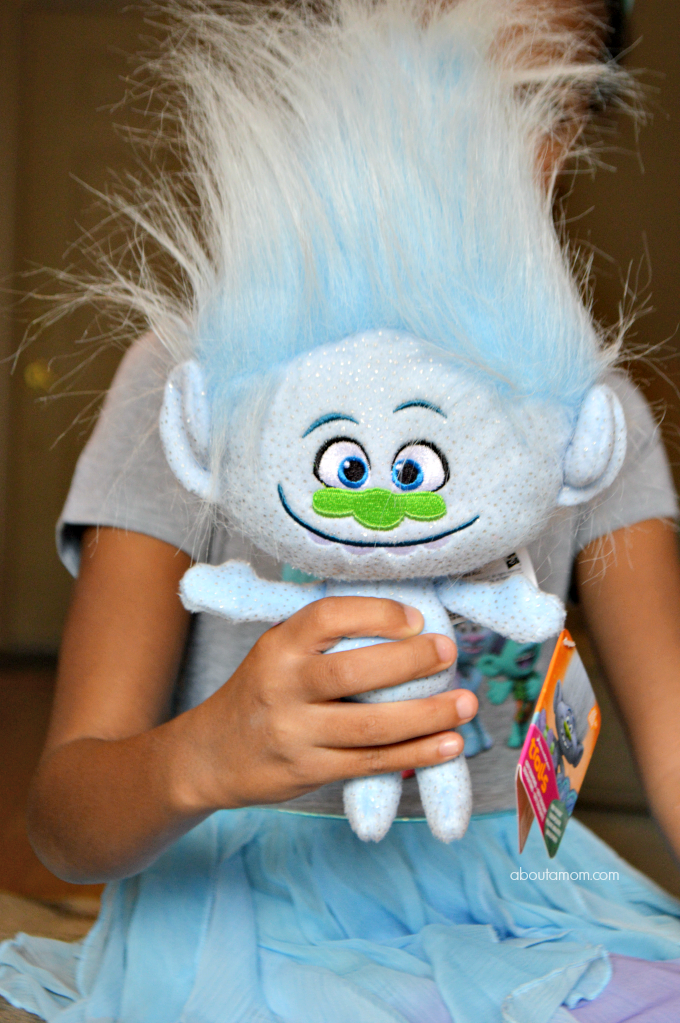 This adorable DreamWorks TROLLS Guy Diamond HUG ‘N PLUSH DOLL has already been hugged and squeezed so much. I have a feeling a few more of these plush toys will find there way under the Christmas tree this year. 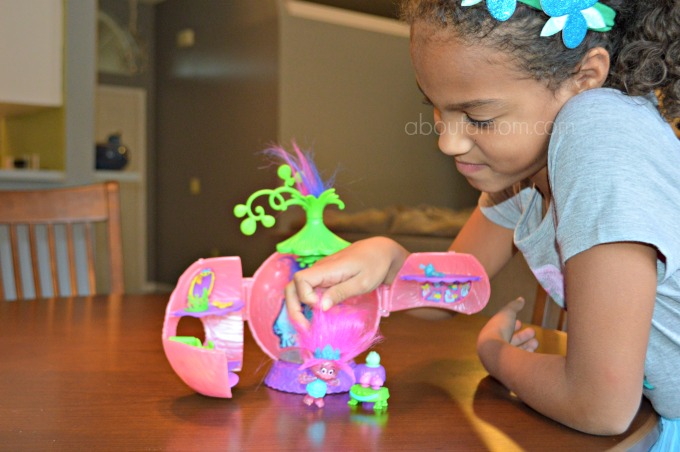 It’s a magical time for DREAMWORKS TROLLS everywhere – POPPY is becoming a Queen! Kids can celebrate and recreate this iconic movie moment with POPPY’S CORONATION POD Playset, featuring a magical light-up spinning dance floor, themed accessories, and plenty of room for TROLLS to party. POPPY is ready for her biggest adventure yet, dressed in a stylish, removable outfit and featuring a wildly unique hairstyle. Comes with playset, two 5-inch TROLLS dolls, and accessories. Additional TROLLS characters sold separately. Requires 3 AAA batteries, not included. Available at most major retailers and on HasbroToyShop.com. 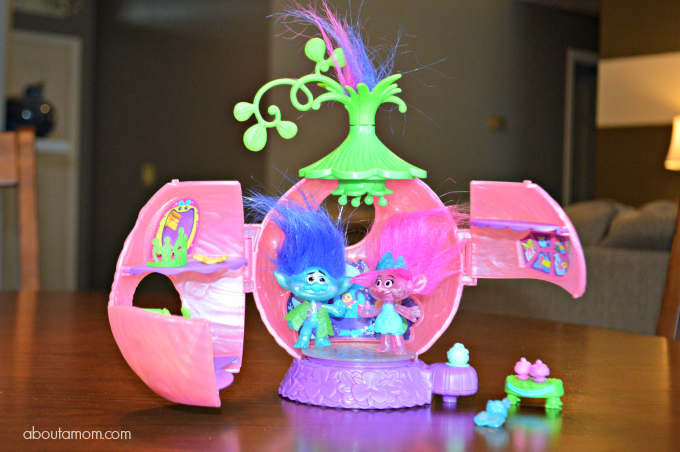 The POPPY’S CORONATION POD Playset is SO MUCH FUN! Just make sure you have some AAA batteries ready to go, because your child is going to want to see that light up, spinning dance floor. There are a few wardobe changes in the set, along with accessories that will keep kids busy, but this toy is all about that spinning dance floor. It’s really cool! I’ll also note that the playset was very easy to assemble.

DreamWorks TROLLS is in theaters everywhere starting today, November 4! Any plans to see it this weekend?

1. Leave a comment below no later than November 17, 2016. Comments should be meaningful and a minimum of 5 words.

4. Tweet the following for an entry:
I entered @aboutamom’s #giveaway for a #DreamWorksTrolls @Hasbro POPPY’S CORONATION POD playset and you can too! http://bit.ly/2f27uBP