I don’t think there has ever been a more iconic show than The Simpsons. It’s one of those rare shows that appeals to people of all ages and walks of life. I got to experience The Simpsons at Universal Studios Orlando during my recent press trip for the grand opening of TRANSFORMERS: the Ride – 3D. Universal Orlando has brilliantly recreated the town of Springfield, complete with Kwik-E-Mart, Moe’s Tavern, Krusty Burgers, and much more. 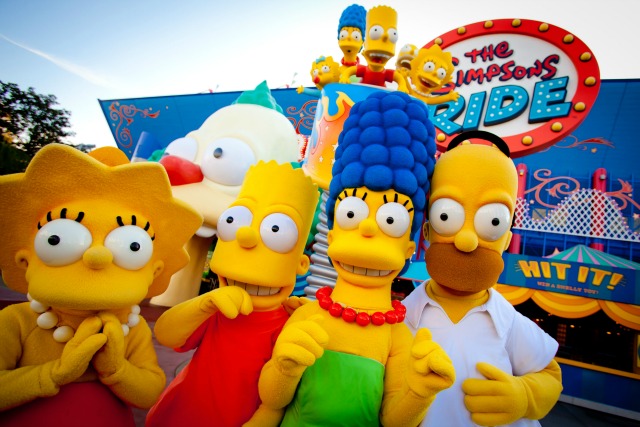 It was so exciting as my group approached Springfield. I fell behind just briefly (always the slacker) to take advantage of this fun photo opp which turned out to be one of many on that day. 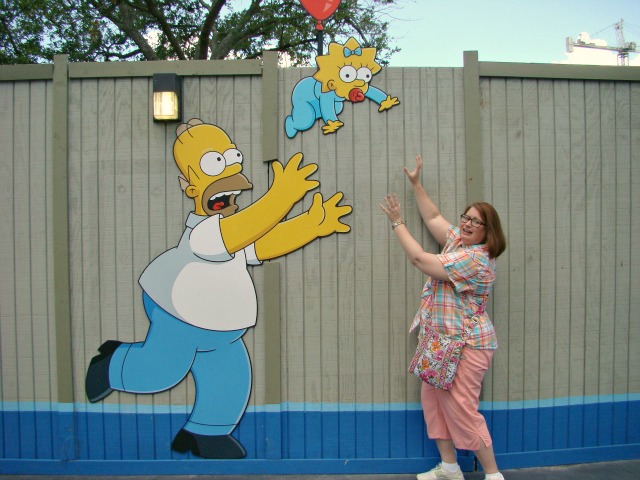 Lucky for me it was nearing lunchtime when we entered into Springfield. Imagine my excitement when I saw Moe’s Tavern. Walking into Moe’s was like stepping right into The Simpsons show. The fully functioning bar and grill serves up all the famous and iconic foods from the show. I was amazed by how identical this tavern is to the one on the show. 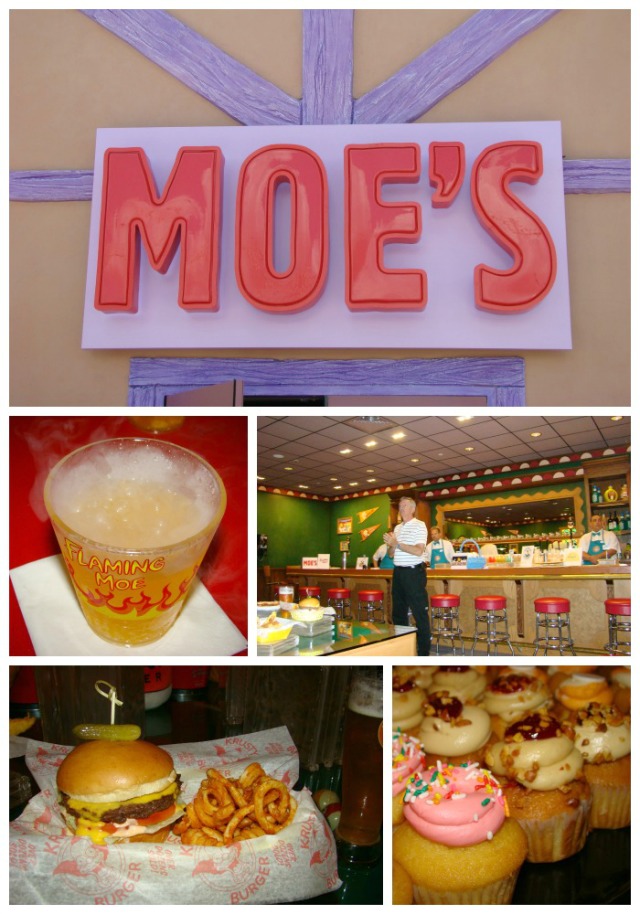 The creators of Moe’s at Universal put a lot of research into making sure patrons get an authentic Moe’s experience. Matt Groening, the creator of The Simpsons, was even consulted when the menu was being creating. He actually had a hand in the creation of Universal’s Springfield as a whole.

My lunch that day consisted of an authentic Krusty burger, complete with a bubbling Flaming Moe beverage. The burger was really great and the Flaming Moe was strangely wonderful. I was surprised that it bubbled and fizzed down to the last drop. Kids would totally love this drink! 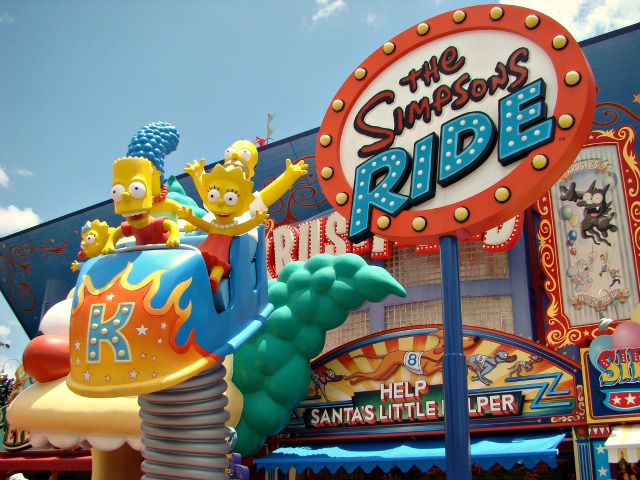 As much as I enjoyed dining at Moe’s, the real excitement of Springfield was The Simpsons Ride in 3D. On this attraction, riders sit in a coaster car and follow behind the Simpsons family on a wild and exciting chase. The Simpsons Ride uses a unique blend of authentic Simpsons humor, amazing graphics and mind-bending theme park entertainment to create one of the most thrilling attraction experiences in Universal’s history. This ride is thrilling and since the bumps and jolts are simulated in 3D, it’s a great ride for the entire family. 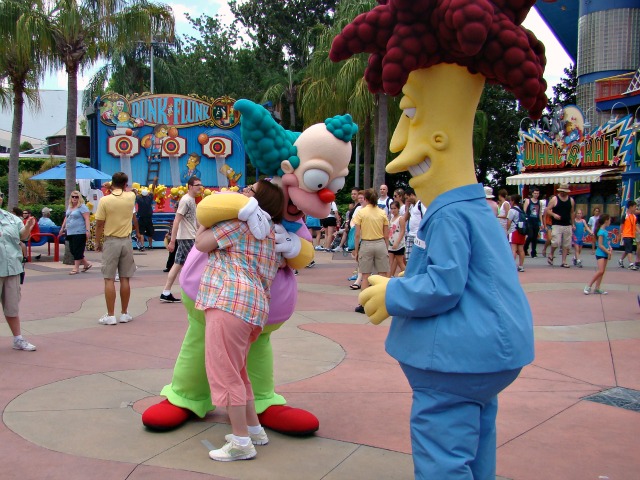 While in Springfield we took a stroll through Krustyland where you can play fun carnival style games. You might even bump into life size characters from The Simpsons while you are there. Keep a lookout for Krusty though – he likes to give hugs!

There is a new section of Springfield under construction that will be opening soon. I’m looking forward to returning to Universal Orlando to check out the new attractions like Kang & Kodos’ Twirl ‘n’ Hurl, a Duff brewery, Lard Lad and more!

* I was a guest of Universal Studios in Orlando for this media event.