Are games or game systems on your child’s holiday wish list? If so, GameStop has you covered! About A Mom has partnered with GameStop to show you the exciting GameStop holiday deals that are going on right now. Check them out below!

It’s an exciting time for shoppers at GameStop with various deals and new releases to keep gift-ers and gift-ees alike happy, such as: 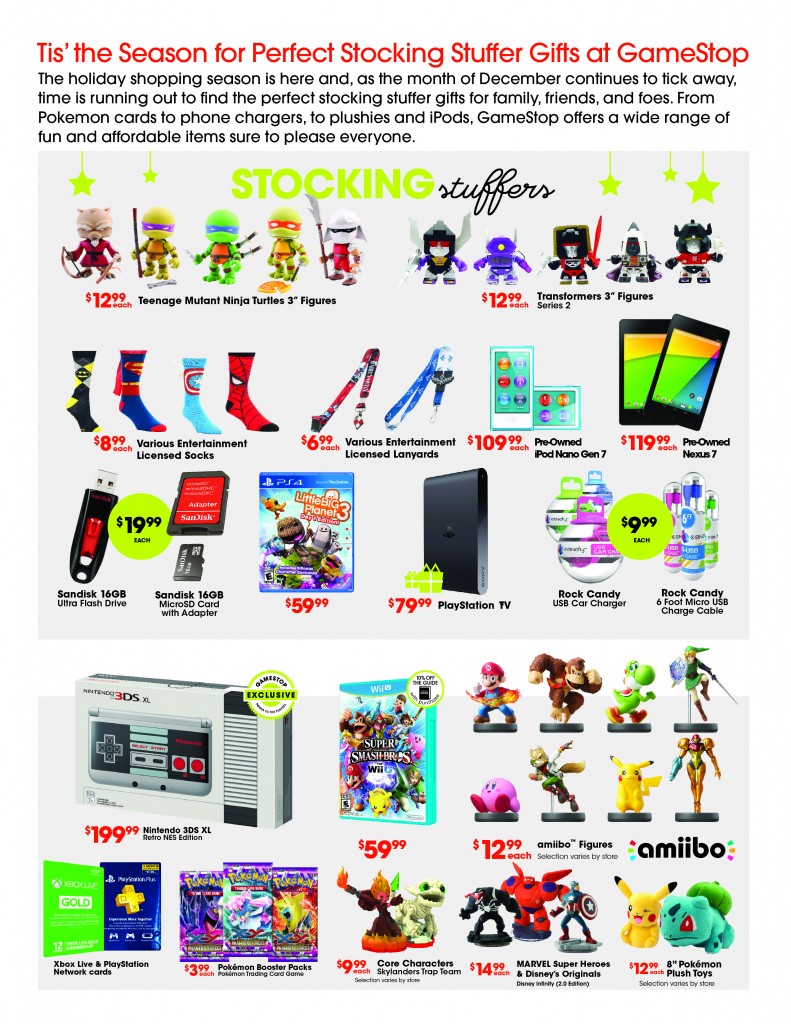 You can also easily find gifting guides, other holiday recommendations and the latest store information at GameStop’s Holiday Hub. As always, GameStop is accepting various payment methods, including trade-in value, to allow customers to shop with ease. Attached is a “stocking stuffers” image you can use with your post for more gift ideas.

See what other parents are buying this holiday season:

GameStop recently conducted a survey among 1,136 PowerUp Rewards members in the U.S. The survey was commissioned and conducted by GameStop and research partner Brierley+Partners. Below are some key findings:

• 73 percent of people plan to purchase – or hope to receive – video games this season, outpacing other gift ideas like cash and gift cards (56 percent), clothes (48 percent) and toys (30 percent).

• More than half of parents that responded – 54 percent – said their kids would not survive the holidays without video games.

• Parent’s top picks of games for their kids are: LEGO Batman 3: Beyond Gotham, Super Smash Bros, and Minecraft (24 percent, 23 percent and 20 percent, respectively.

• Top picks for games PUR members would like to purchase for themselves are: Call of Duty: Advanced Warfare and Assassin’s Creed Unity (33 percent each).

• Holiday shoppers are thinking about tech and gadgets in new ways to gift, with more than a quarter of respondents saying they are likely to purchase a pre-owned electronic device, such as an Xbox One or PS4 game console (36 and 35 percent, respectively).

Disclosure: I received $100 worth of gift cards from GameStop as compensation for this post. GameStop also provided the factual information represented in this post. All opinions expressed in this review are my own and not influenced in any way by the company. Any product claim, statistic, quote or other representation about a product or service should be verified with the provider.