Home » Entertainment » Get Ready for The Secret Life of Pets on DVD and Blu-Ray! #TheSecretLifeOfPets #PetsPack

This holiday season, the answer to the question “Ever wonder what your pets do when you’re not home?” is answered when The Secret Life of Pets comes to Digital HD November 22, 2016 and 4K Ultra HD™, Blu-ray™ 3D, Blu-ray™, DVD and On Demand December 6, 2016 from Universal Pictures Home Entertainment. I am happy to be working with Universal Entertainment on a sponsored campaign to share this with you. Plus, we are HUGE fans of this movie! If you haven’t already seen it, I know you’re going to love it. 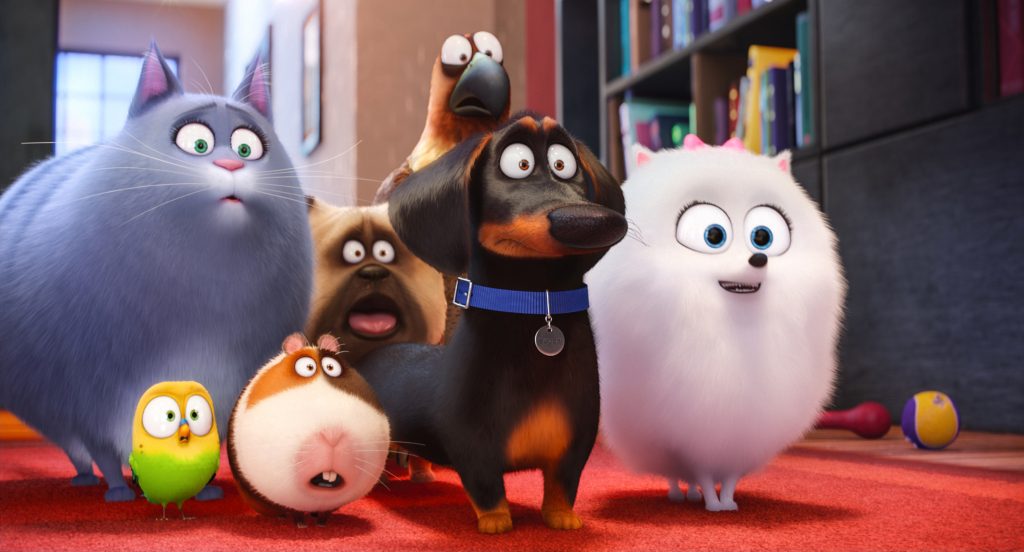 The weekend it came out, I took Tati to see The Secret Life of Pets. The last couple of months, since she came to live with me, Tati has become quite obsessed with our dog, Winston. In the beginning, she worried so much about him being sad when we had to leave him at home alone. I think that’s part of the reason she loved The Secret Life of Pets so much. Do you ever wonder what your pets are doing when you are not at home? Unlike the unknowing pet owners in the movie, we now know exactly what Winston does when he’s alone. I picked up some video cameras that can be watched live via an app on my phone, so now we can see just what he’s doing. Winston’s life isn’t quite as exciting as that of Max, Gidget and friends from the movie. He spends most of his time sleeping.

I wasn’t fully prepared for just how funny this movie was. You know how sometimes you don’t enjoy the movie as much as your kids? That’s not the case at all with The Secret Life of Pets. I laughed a LOT! I won’t mind so much when Tati wants to watch it on Blu-ray for the 100th time.

Get ready for The Secret Life of Pets on DVD, Blu-ray and Digital HD! 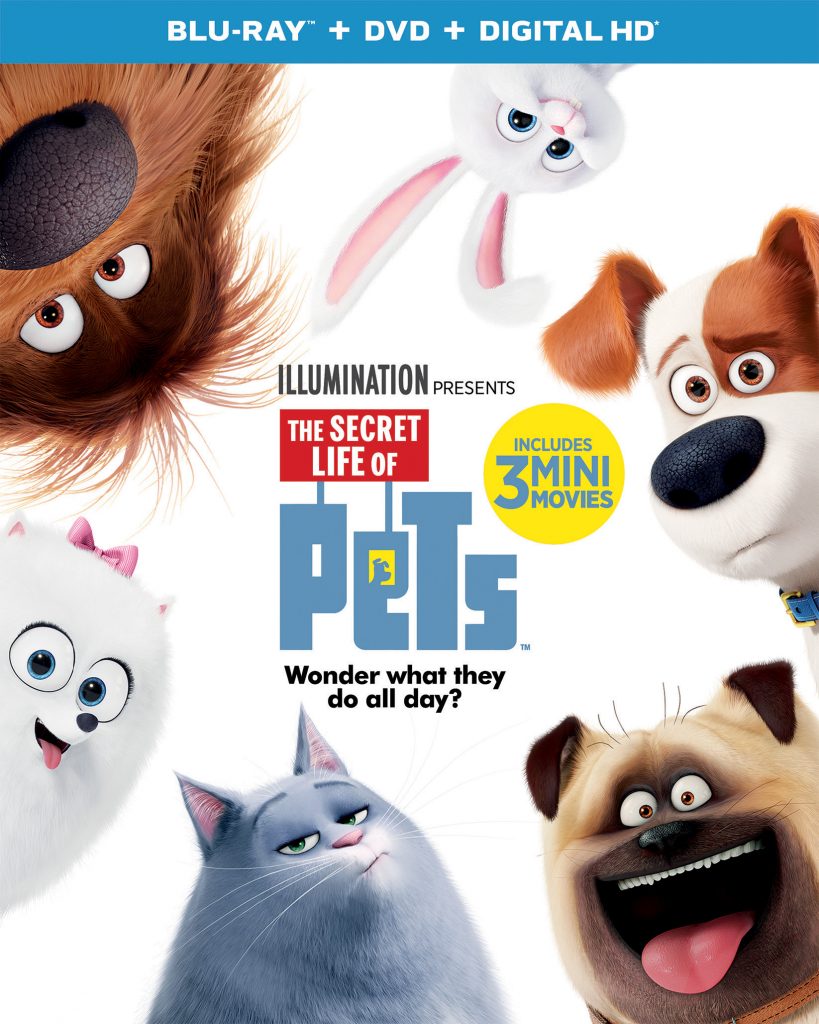 About the film
In their fifth fully animated feature-film collaboration, Illumination Entertainment and Universal Pictures present The Secret Life of Pets, a comedy about the lives our pets lead when we leave for work or school. Max, voiced by Louis C.K., is a loyal terrier living a perfectly happy existence until his owner, Katie (Ellie Kemper) brings home Duke (Eric Stonestreet) a big, boisterous mutt she finds at the shelter. When Max and his unruly new “roommate” slip away from their dog-walker, they find themselves lost in the urban jungle of New York City. In an attempt to stay ahead of animal control and a rebel band of abandoned pets led by an unhinged bunny named Snowball (Kevin Hart), they put aside their differences to survive the epic journey back home.

The 4K Ultra HD™, Blu-ray™, DVD and Digital HD versions feature nearly an hour of bonus content, including three hilarious mini-movies: the all-new Norman Television and Weenie PLUS Mower Minions which debuted in theaters and is now available to own. 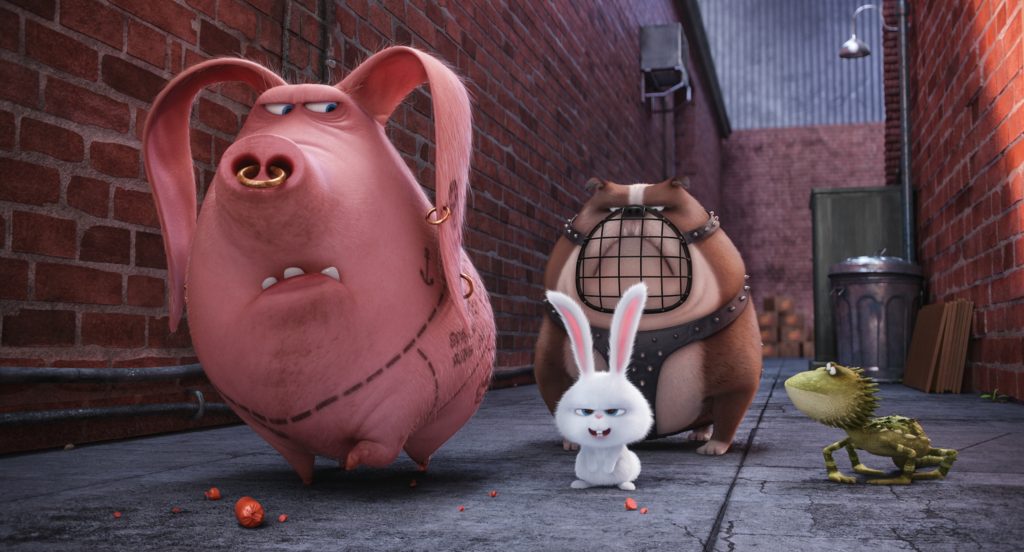 4K ULTRA HD™
The film will be available on 4K Ultra HD™ in a combo pack which includes 4K Ultra HD Blu-ray, Blu-ray™ and Digital HD with UltraViolet. The 4K Ultra HD™ will include all bonus features on the Blu-ray™ disc.
• 4K Ultra HD™ is the ultimate movie watching experience. 4K Ultra HDTM features the combination of 4K resolution for four times sharper picture than HD, the color brilliance of High Dynamic Range (HDR) with immersive audio delivering a multidimensional sound experience.
• Blu-ray™ unleashes the power of your HDTV and is the best way to watch movies at home, featuring 6X the picture resolution of DVD, exclusive extras and theater-quality surround sound.
• DIGITAL HD with UltraViolet™ lets fans watch movies anywhere on their favorite devices. Users can instantly stream or download.

BLU-RAY™ EXCLUSIVES (Available on Blu-ray™ editions)
• How to Make an Animated Film – A behind-the-scenes look at how to make an animated film from the various departments that make up Illumination.
• Anatomy of a Scene – Filmmakers and animators take us through the multi-step process it takes to create a specific scene in the Secret Life of Pets. 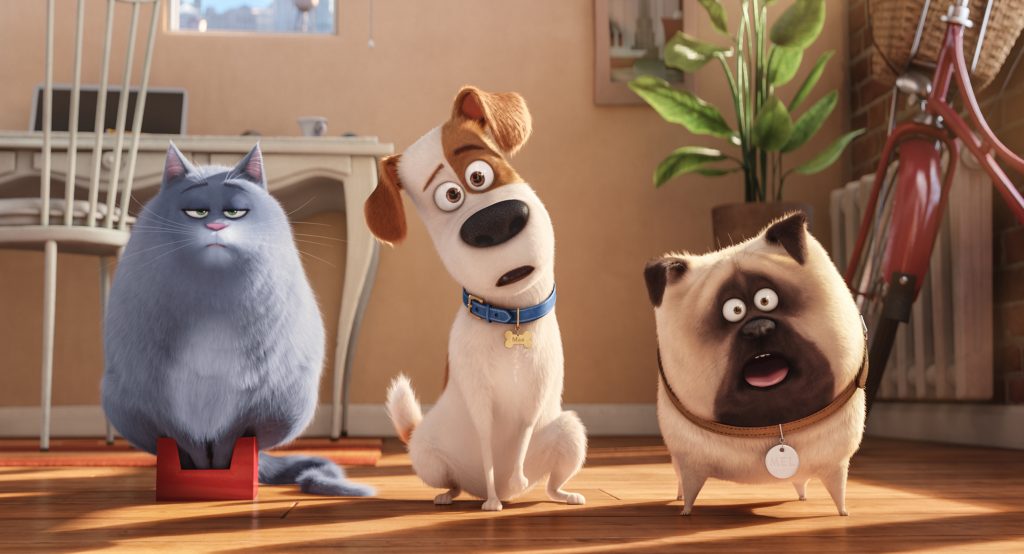 BLU-RAY™ AND DVD BONUS FEATURES
• Mini-Movies:
O Norman Television
O Weenie
O Mower Minions
• All About The Pets – Kevin Hart and Eric Stonestreet, with the help of animal trainer Molly Mignon O’Neill take you on an educational journey to learn more about your average and not-so average, household pets.
• Animals Can Talk: Meet The Actors – The comedy superstars who give voice to the film’s menagerie of characters talk about their roles and the process of bringing them to life.
• Hairstylist To The Dogs – Inspired by “Hairspray Live!,” Eric Stonestreet, with the help of a professional dog groomer Jess Rona, will take you through the basic steps to help your pups look as awesome as possible when they’re hanging out with their pet pals.
• The Best Of Snowball – A rapid-fire, fun and oddly musical mash-up of all the best Snowball one-liners
• Hot Dog Sing-Along – Join Max and Duke as they perform for their dinner in the sausage factory. This straightforward sing along is fun for the whole family to enjoy.
• Sing Trailer
• “Lovely Day” Lyric Video
• The Humans that Brought You Pets – Producers Chris Meledandri and Janet Healy, directors Chris Renaud and Yarrow Cheney, and writer Brian Lynch discuss what went into creating The Secret Life of Pet’s compelling characters and non-stop action.
• GoPro®: The Secret Life of Pets
• The Making of the Mini-Movies – A fun and interesting take on the Making of the Mini-Movies – we’ll explore the themes of each of the mini-movies through the eyes of the artists who made them.

Before you go, be sure to watch this trailer!

To find out more, please check out: