Halloween is a holiday that my family really gets into. When my kids were little, I threw a backyard Halloween party every year. Now we live in a small town that has a huge block party on Halloween night. Everyone from town gathers in the town center, bringing their candy, a variety of hot foods and snacks. It’s a fun and safe way for the kids to do their trick-or-treating. My son makes chili every year, and I usually bring a bakers dozen of cookies or brownies. Although my grandchildren are now tweens and teens, they still love to dress up. Heck, I still love to dress up for Halloween and I’m a Grandma.

I was honored when Chasing Fireflies reached out with an opportunity to review some of their Halloween Costumes this year. We love browsing the Chasing Fireflies Wishcraft catalog each fall, filled with the most amazing and beautiful Halloween costumes for kids, teens, and adults. 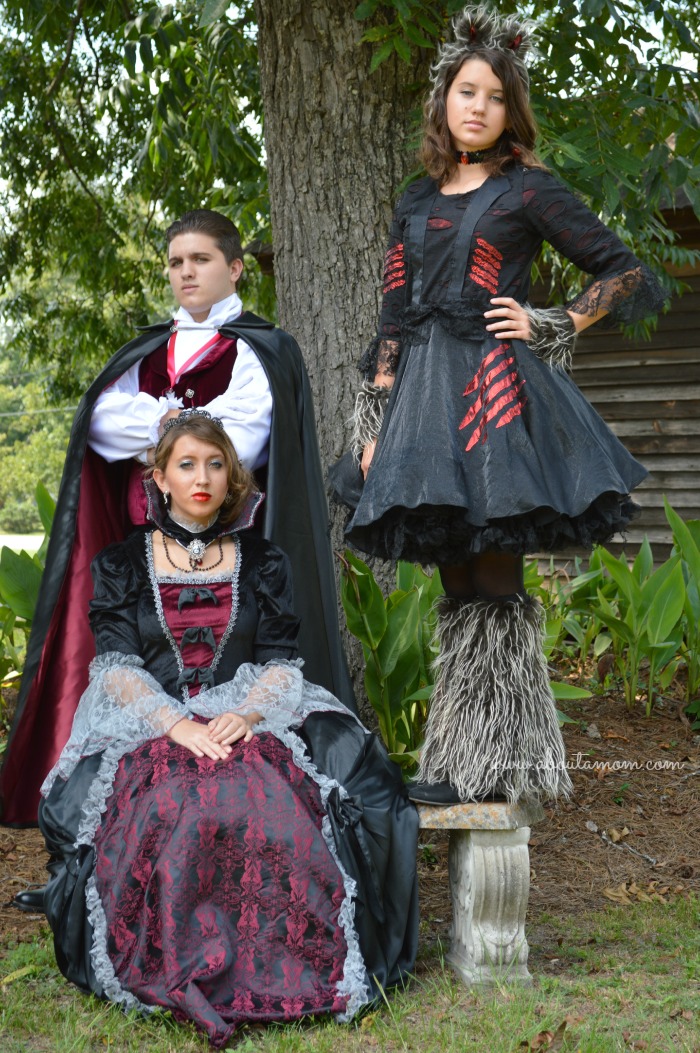 Thanks to movies like the “Twilight Saga” vampires and werewolves are all the rage these days. It was no surprise that my granddaughters gravitated toward the girl’s scary costumes. The kids decided on a vampire and werewolf theme for Halloween this year. The kids had so much fun getting into character for these pics. They look pretty scary, right? It’s going to be so much fun seeing them out in costume on Halloween night. 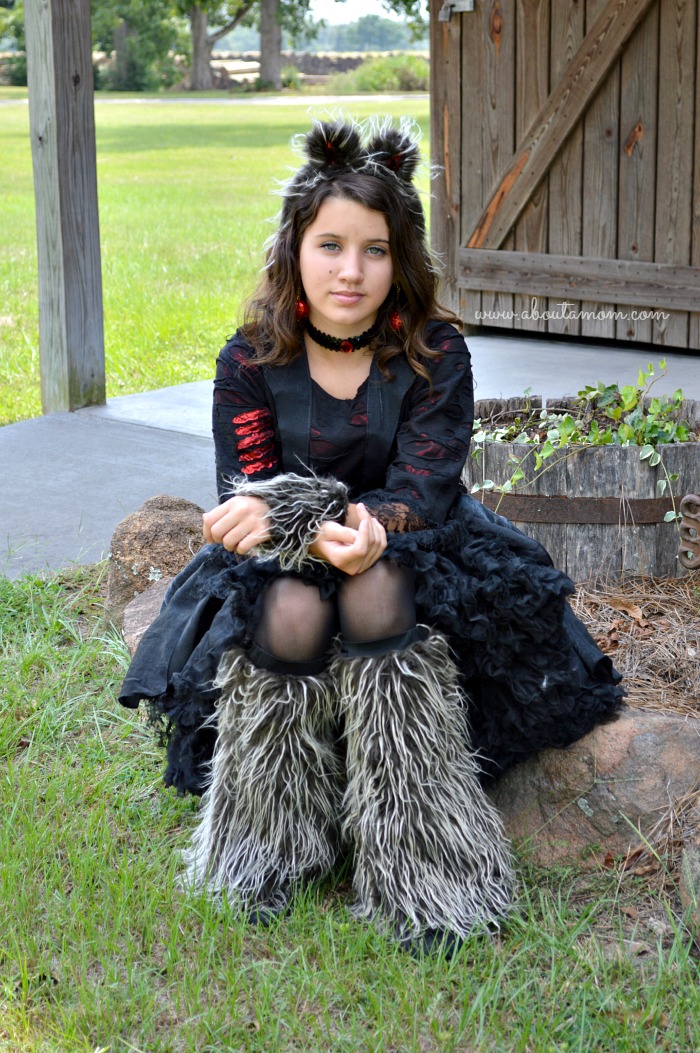 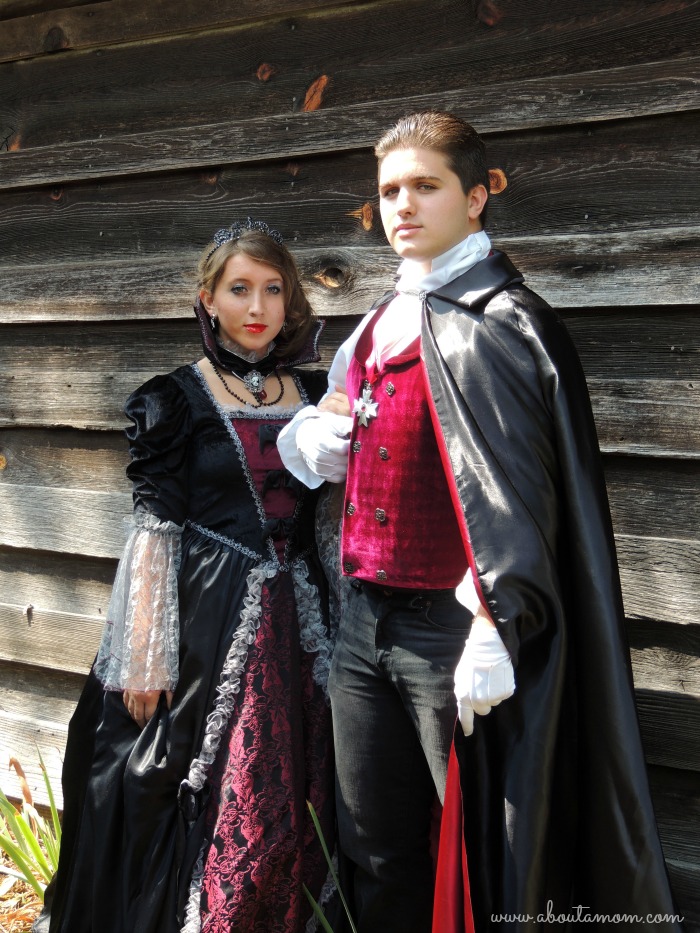 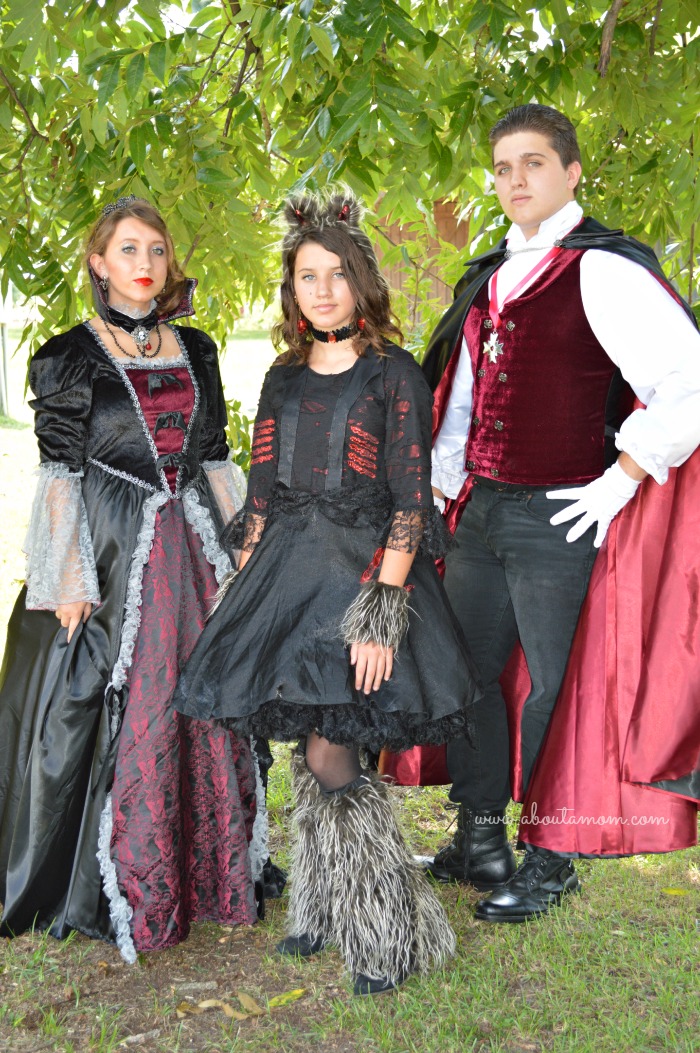 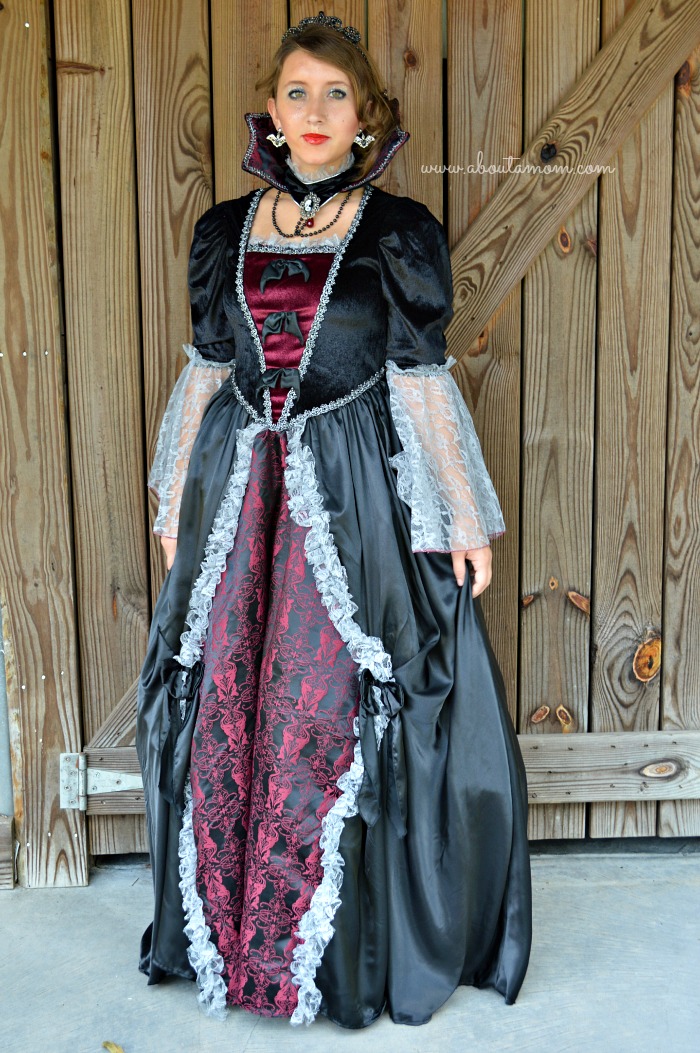 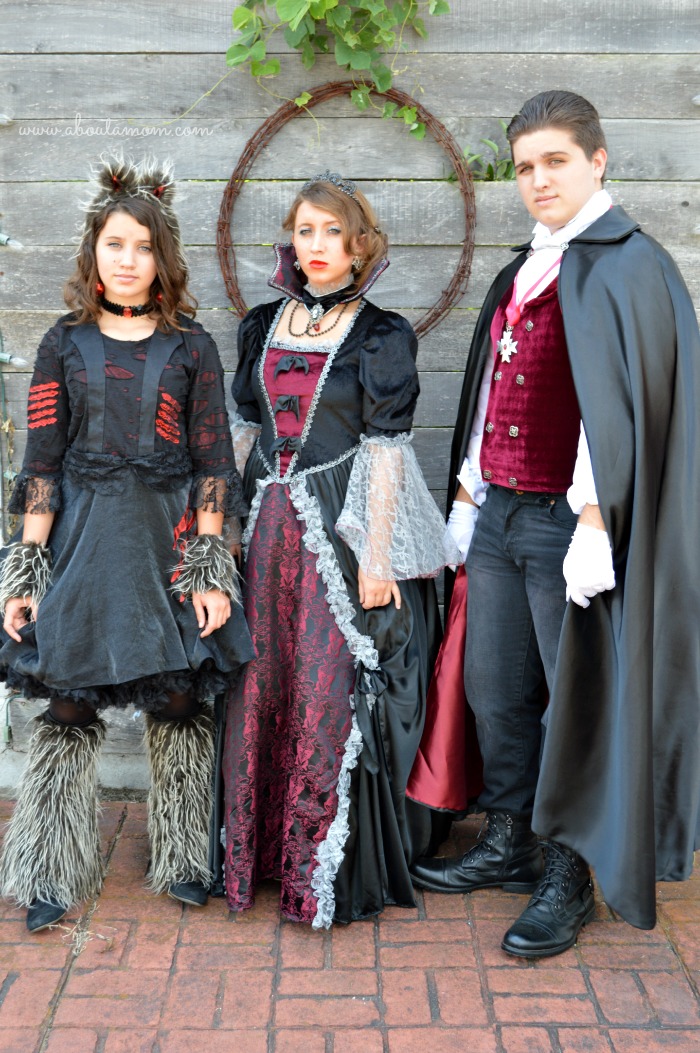 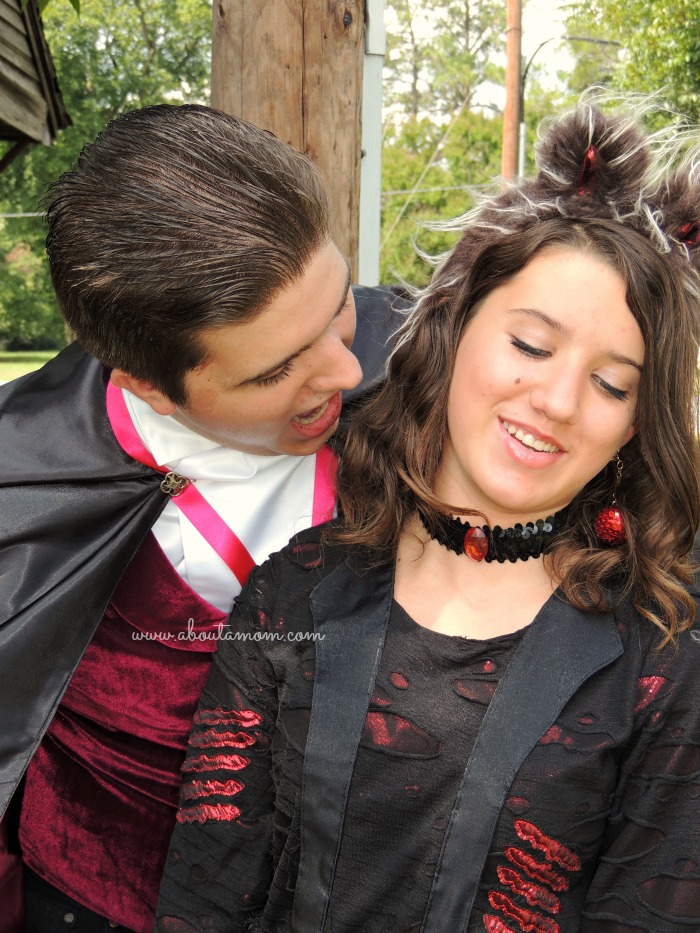 Are you feeling spooked yet? These are hands down the best Halloween costumes we have ever had, and that’s including the many handmade costumes I have made throughout the years. Maddie is wearing the Werewolf Girl Costume, complete with an ears headband, furry glovelets and bootcovers. We went with the black nylon petticoat, black sequin choker with red stone, and sequin ball earrings as additional accessories. Becca is dressed to kill in her Vampiress of Versailles Girls Costume. The full petticoat, beautiful fabric, and lace accents make up such a beautiful dress. An ornate choker collar with a skull cameo adds a creep factor. The twilight tiara is a nice added touch. My seventeen year old grandson selected his Mens Gothic Vampire look from the Men’s Scary Costumes category on Chasing Fireflies. It’s such a classic vampire look, and I think he pulled it off very well. The cape is spectacular.

What are your Halloween costume plans this year?

About A Mom received samples to facilitate this Halloween costume review.