The Playskool brand’s fall line up includes playful toys for Hasbro’s youngest fans and introduces them to classic characters from Star Wars and Transformers Rescue Bots! I’m super excited to offer a giant Hasbro Fall Toys Prize Package valued at $187 to one oh-so very lucky About a Mom reader. 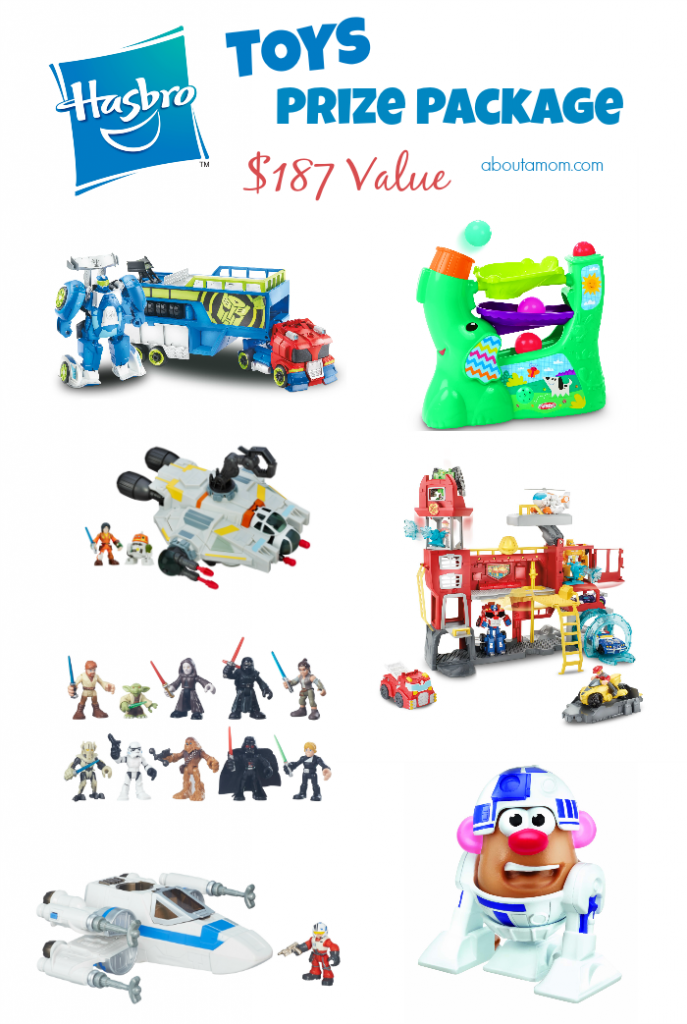 Playskool Chase N’ Go Ball Popper
(Ages 9 months & up/Approx. Retail Price: $32.99/Available: Fall 16)
Introducing an innovative update to the classic PLAYSKOOL BALL POPPER toy! The CHASE N’ GO BALL POPPER toy features the same air-powered popping play that kids love with an exciting twist! For a giggling good time, parents or kids can swivel the trunk around to deliver even more unpredictable ball-popping action! The toy has several features that encourage little ones to stand, crawl, grasp, and even dance along to the elephant’s poppin’ tunes. With a slim, easy-tostore design and a convenient handle, this elephant is ready for fun anytime, anywhere! Available in pink and teal, each sold separately. Requires 4 D batteries, not included. 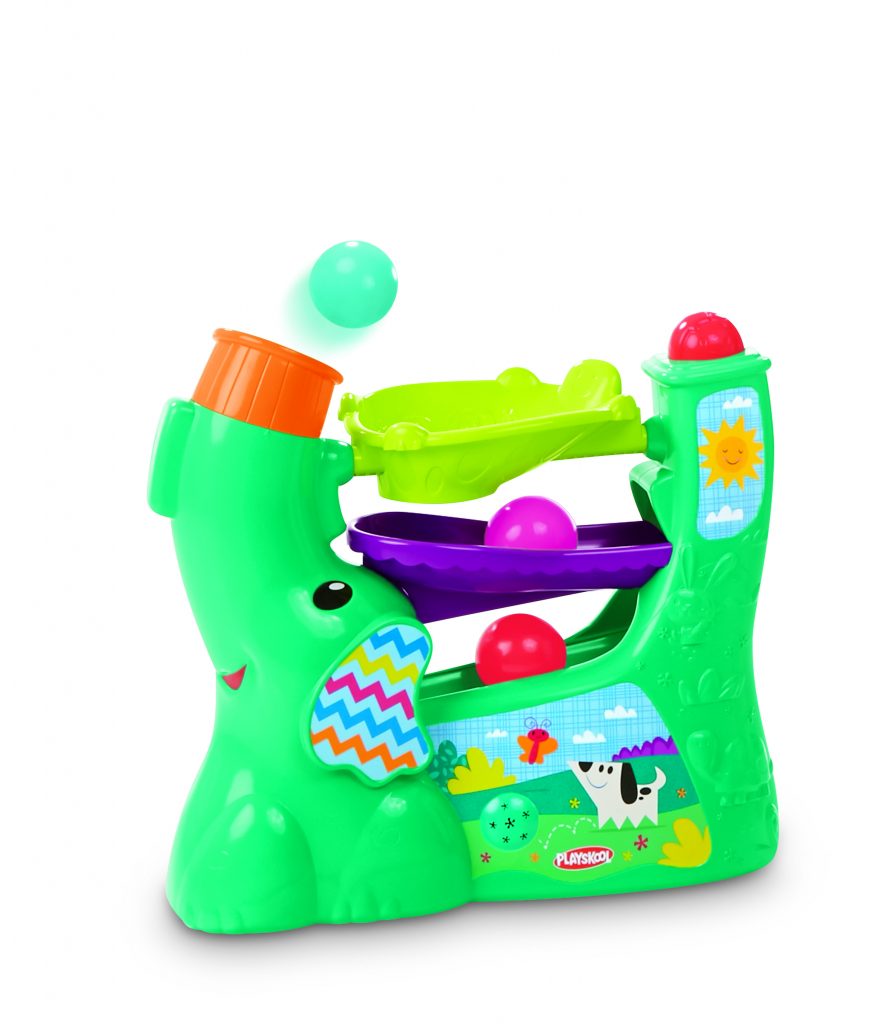 Transformers Rescue Bots Griffin Rock Firehouse Headquarters
(Ages 3-7 years/Approx. Retail Price: $39.99/Available: Fall 16)
Little ones can imagine all sorts of fun rescue adventures with the RESCUE BOTS team in their GRIFFIN ROCK FIREHOUSE HEADQUARTERS playset! When danger is near, kids can extend the rotating tower to get a full 360-degree view of the surrounding area, then use the two hiddenreveal projectile launchers to pretend put out fires! When it’s time to head out on the next big mission, little ones can gear up the CODY BURNS figure in rescue gear, help him hop on the rescue motorcycle and use the vehicle launcher to takeoff through the secret tunnel. Launcher is also compatible with vehicles from the RESCAN assortment. Raise the helicopter landing pad, extend the ground bridge, and swing out the control center platform to convert the firehouse into the RESCUE BOTS headquarters. Other big-adventure features include an extendible helipad, sliding fire pole, ladder, and a pull-out ground bridge to bring the set to life! Playset comes with CODY BURNS figure, fire gear, and rescue motorcycle. (Additional vehicles sold separately) 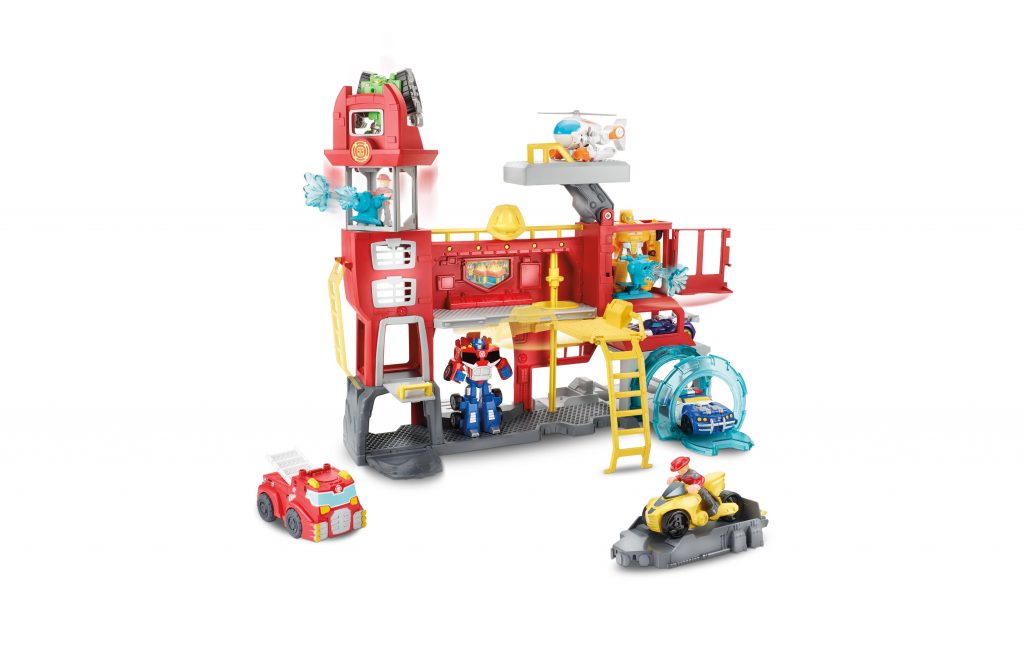 Transformers Optimus Prime Racing Trailer
(Ages 3-7 years/Approx. Retail Price: $29.99/Available: Fall 16)
Race to the rescue with OPTIMUS PRIME character and his racing trailer! The TRANSFORMERS RESCUE BOTS OPTIMUS PRIME RACING TRAILER playset features two easy-to-convert figures: the OPTIMUS PRIME figure as a racing-inspired semi-truck and the BLURR figure, as a race car. The trailer converts into a vehicle launcher that is compatible with the OPTIMUS PRIME and BLURR figures, as well as the other RESCUE BOTS vehicles from the RESCAN assortment (Each sold separately). For even more stunt action play, detach the base of the trailer and convert it into a ramp.

Star Wars Ghost Playset
(Ages 3-7 years /Approx. Retail Price: $29.99 /Available: Fall 16)
Based on the hit animated series, STAR WARS REBELS, this brand new vehicle will allow little ones to act out exciting adventures! THE GHOST playset converts from spaceship mode to playset mode by raising the top of the set. Open THE GHOST playset to reveal a removable cannon, crane, and rover that detaches from the front of the ship to extend the fun! The set also includes EZRA and CHOPPER figures, and is compatible with the PHANTOM vehicle from the DELUXE FIGURE assortment, sold separately. 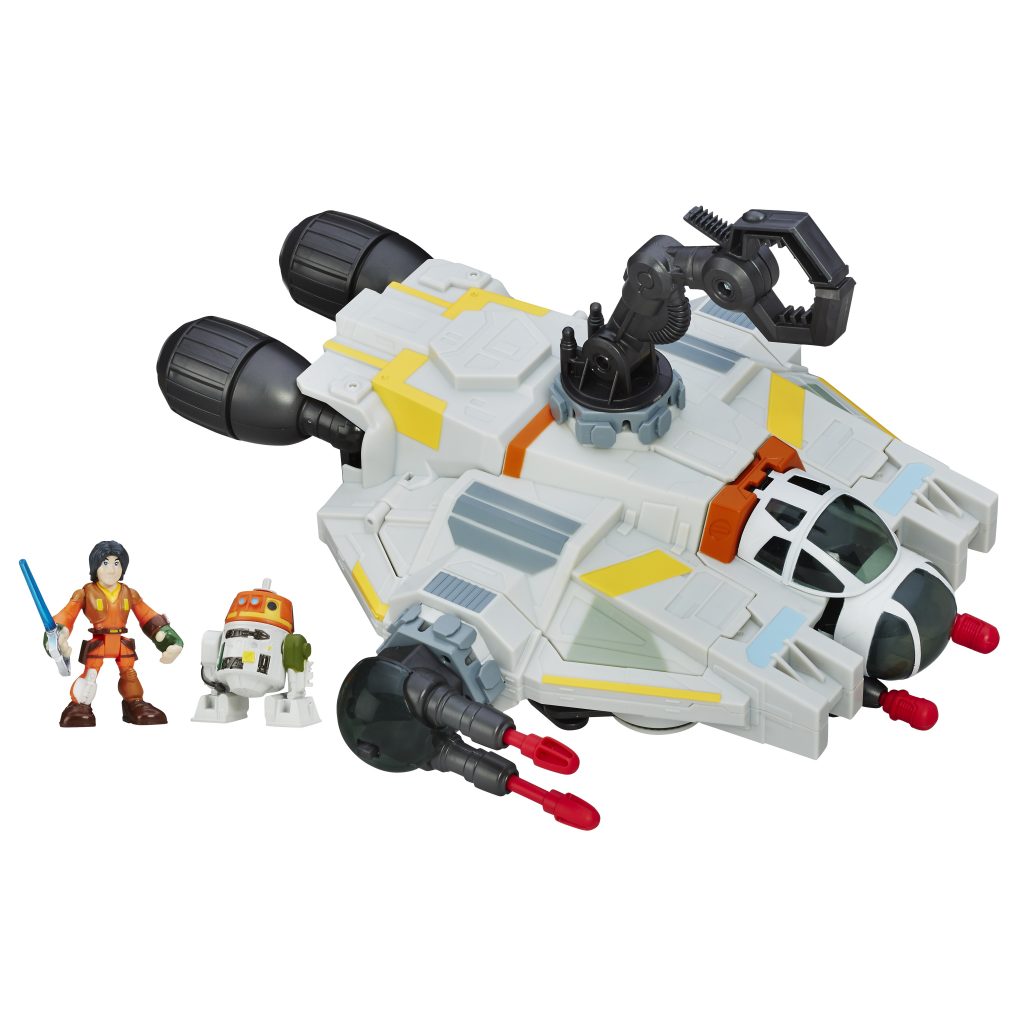 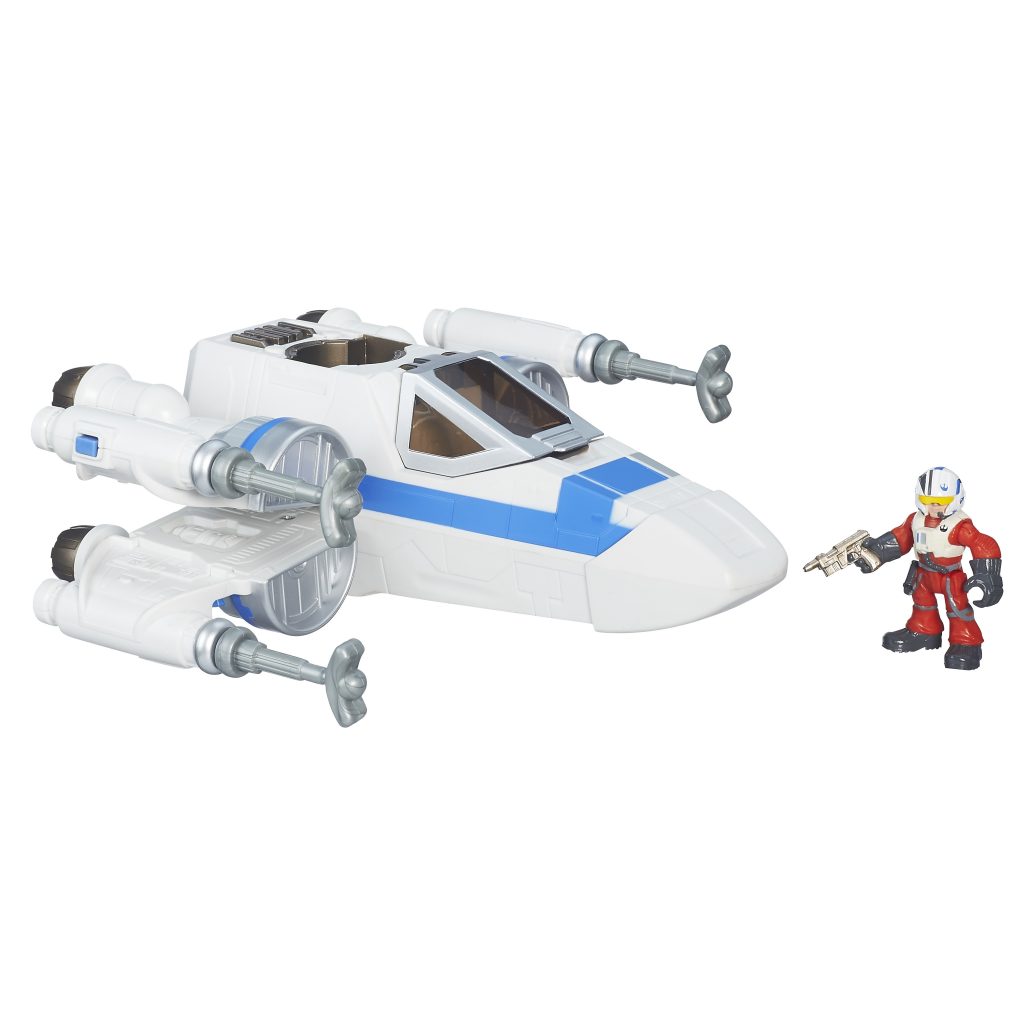 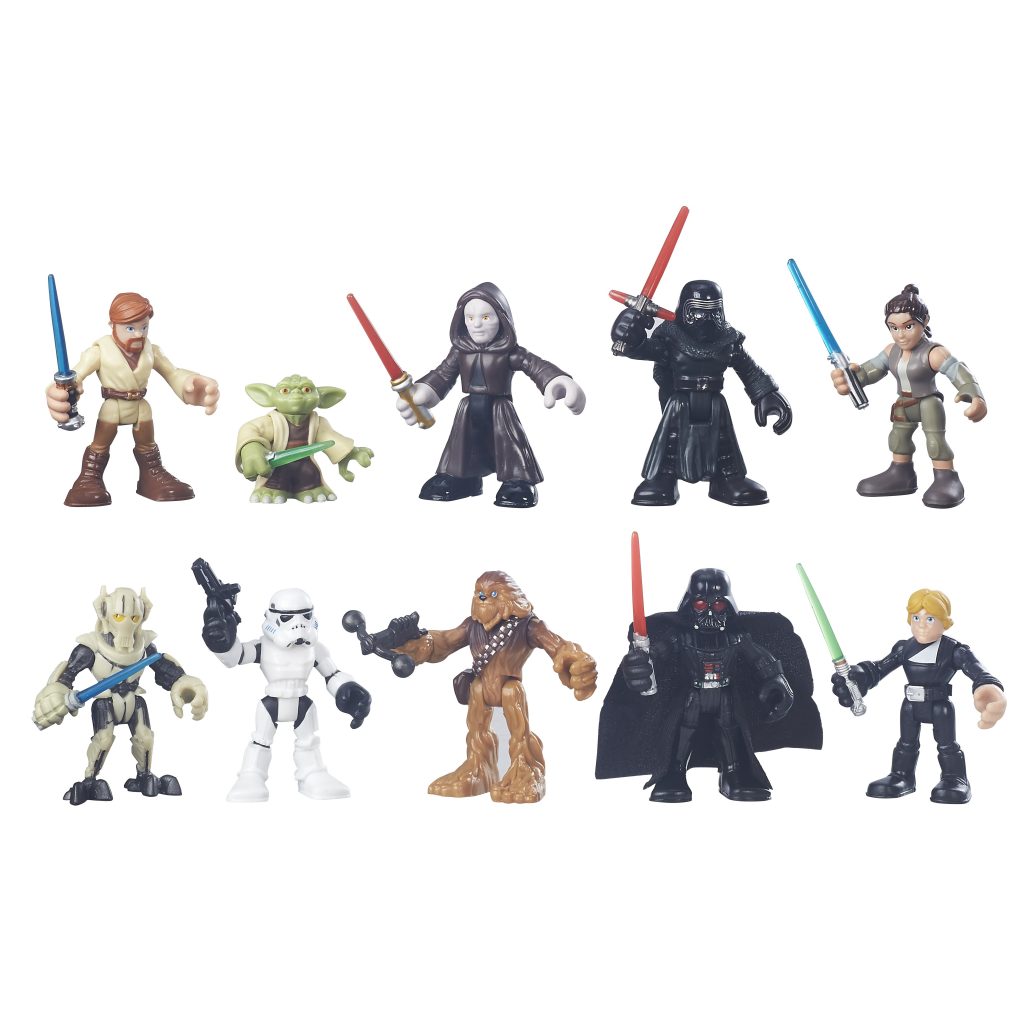 Mr. Potato Head Star Wars Mini Figure
(Ages 2 years & up/Approx. Retail Price: $3.99/Available: Now)
May the “Spud” be with you! It’s MR. POTATO HEAD as familiar and favorite STAR WARS characters in a 2-inch size perfect for collecting. Now fans young and old can build MR. POTATO HEAD as their favorite STAR WARS characters and take them on out-of-this world adventures. Each sold separately. Each item in the assortment includes one 2-inch potato body and one 3-piece costume to build Yoda or R2-D2. 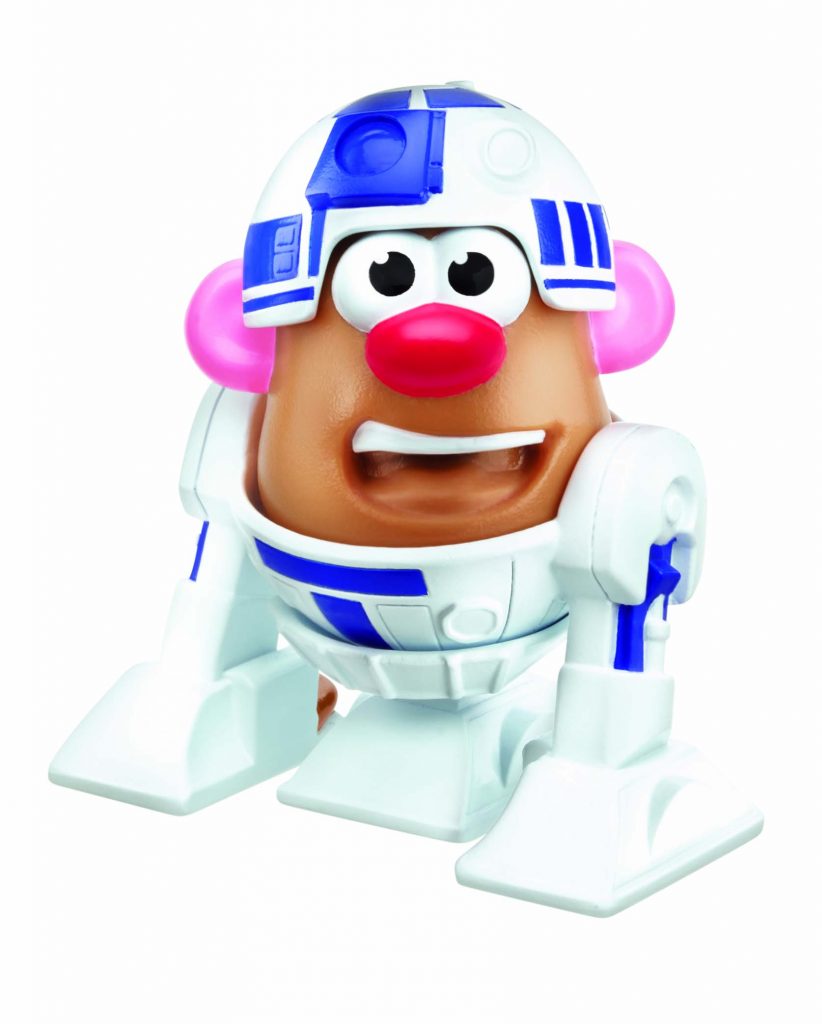 Thank you to Hasbro for providing these toys. As always, all opinions are my own.

1 winner will be selected to win the Hasbro Fall 2016 prize package worth an estimated $187. Eligibility is for US Residents and US mailing addresses only. Void where prohibited. Prizing provided by Hasbro. Entry deadline is Oceober 15, 2016 at 11:59pm EST.

***Update: This giveaway has ended. Congratulations to our winner, Lisa W.

1. Leave a comment below no later than October 15th, 2016. Comments should be meaningful and a minimum of 5 words.

4. Tweet the following for an entry:
” I’m hoping to win @HasbroNews toys & games from @aboutamom and you could win too! http://bit.ly/2diUpSs #PlayLikeHasbro”