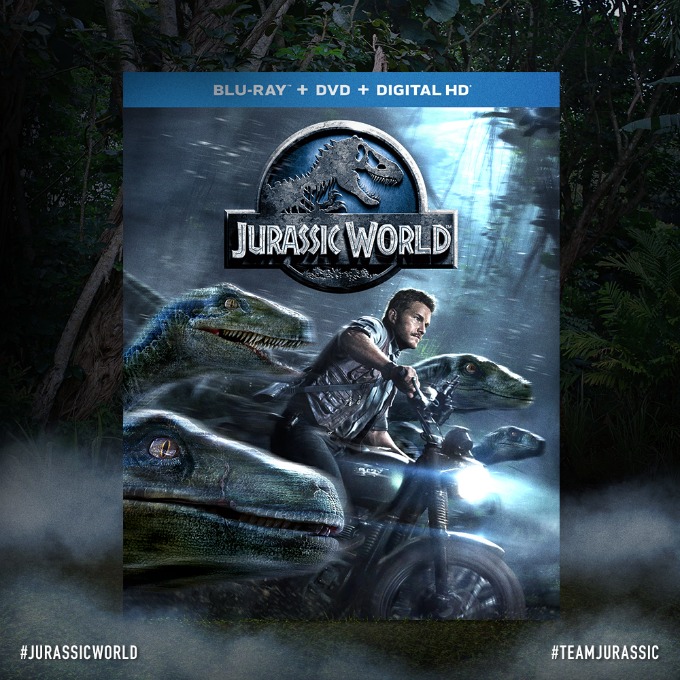 The #1 movie of the year proves that once again, dinosaurs rule the earth. #‎JurassicWorld is stomping onto Blu-ray and DVD 10/20, and is available on Digital HD 10/1! Have you seen it yet? This is one of those movies that the family is sure to watch over and over again, so I’m so excited about this new release. As a member of #TeamJurassic I receive promotional items, and I have a great one to share with you.

The Jurassic World theme park lets guests experience the thrill of witnessing actual dinosaurs, but something ferocious lurks behind the park’s attractions – a genetically modified dinosaur with savage capabilities. When the massive creature escapes, chaos erupts across the island. Now it’s up to Owen (Chris Pratt) and Claire (Bryce Dallas Howard) to save the park’s tourists from an all-out prehistoric assault.

Check out this great clip from Jurassic World – The Kids Run From Indominus!

There is sure to be some very cool Jurassic World merchandise available this holiday season and I have a super fun JURASSIC WORLD STOMP & STRIKE TYRANNOSAURUS REX Dinosaur from Hasbro to share with you and I have one to give away, along with a copy of JURASSIC WORLD on Digital HD. 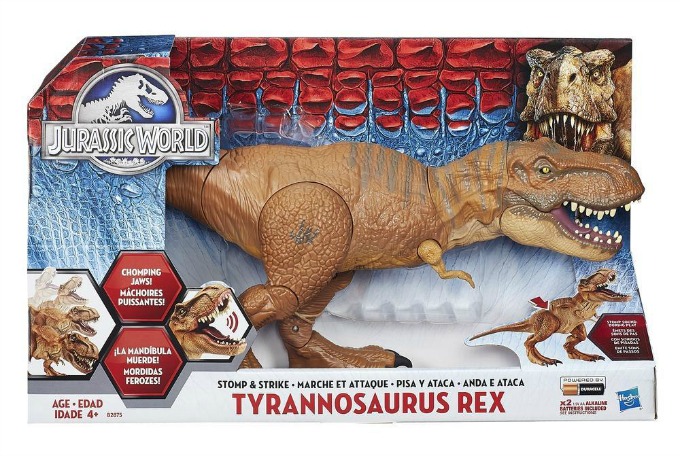 JURASSIC WORLD STOMP & STRIKE TYRANNOSAURUS REX Dinosaur (Ages 4 years & up/Approx. Retail Price: $34.99/Available: Fall 2015) The powerful Tyrannosaurus rex stomps onto the JURASSIC WORLD scene! This ULTIMATE TYRANNOSAURUS REX figure features an intimidating stomping action when kids press down on its body. Push down on its tail and this beast will let out a ferocious roar before its mouth shuts. Requires 2 AA batteries, demo batteries included. Available at most major toy retailers nationwide and on HasbroToyShop.com.

One lucky About a Mom reader will an awesome JURASSIC WORLD prize pack valued at $54.98.

One winner (US addresses only) will receive:
• Jurassic World Stomp and Strike Tyrannosaurus Rex Figure courtesy of Hasbro
• iTunes code to download a copy of Jurassic World on Digital HD