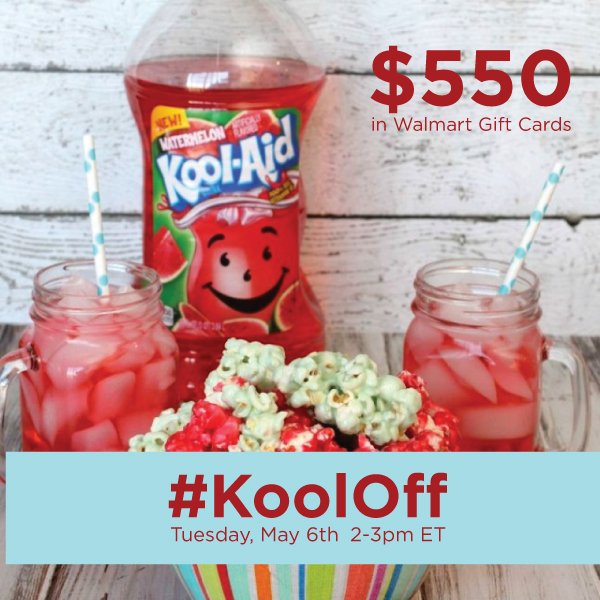 Do you love a good Twitter Party? You know I do, and I am totally excited to host a party about everything KoolAid! On May 6th at 2 PM EST, please join me for the#KoolOff Twitter Party where we’ll be sharing recipes, crafts, and family friendly activities featuring Kool-Aid, and giving you a chance to win prizes! The twitter party is on National Beverage Day, so make sure you pick up your glass and one of the new 96 oz jug! #JimDillard will also be touring Walmarts and giving away product samples, t-shirts, and other goodies, so make sure you head out to your local Walmart if he comes to your area!

Kool-Aid brings me back to some really great childhood memories. Who doesn’t remember drinking a refreshing Kool-Aid beverage on a hot summer day? There are so many fun things you can do with Kool-Aid, from dying t-shirts to making delicious popcorn. I can’t wait to hear about how everyone uses Kool-Aid at this Twitter Party! Kool-Aid just brings a smile and fun to your days!

Join me and RSVP for the #KoolOff Twitter Party on SoFabChats!

TIP: Special deals and brand coupons? Keep that options checked when you RSVP for the party!