This post is in partnership with Universal Pictures Home Entertainment. All opinions are my own. 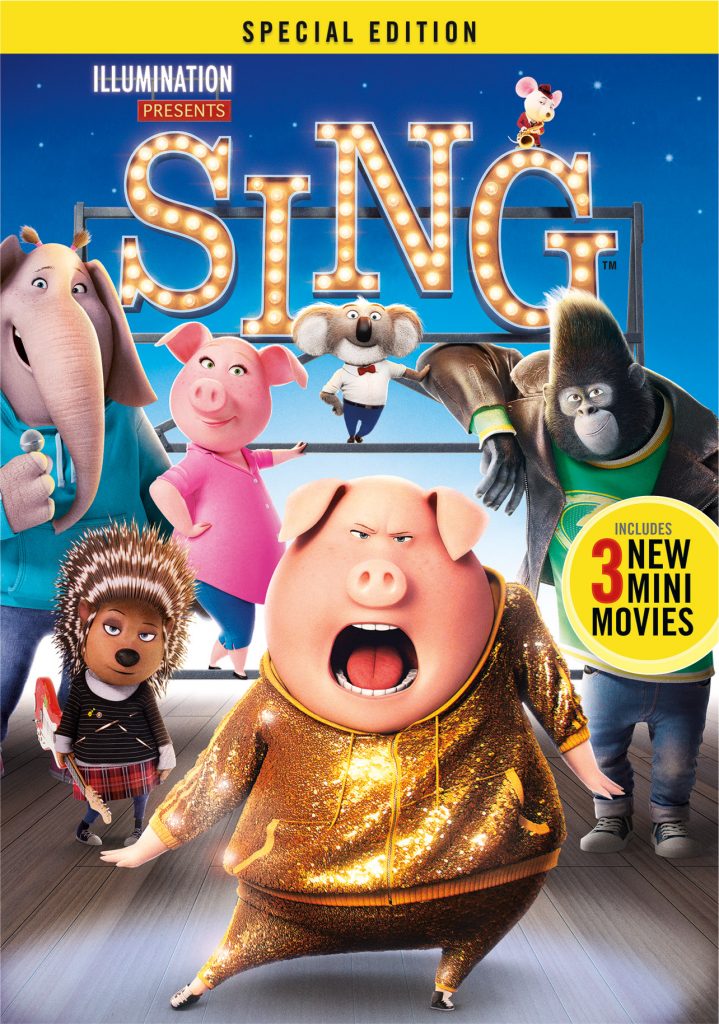 Family movie night is about to get a little more fun now that SING Special Edition is arriving on Digital HD March 3rd, and on Blu-ray & DVD on March 21st! Tati and I saw SING in the theater and enjoyed it so much that we went straight to the store to buy the soundtrack. In case you missed it, SING is fun family film that’s filled with toe-tapping, body-moving songs that everyone knows and loves.

This time of the year when cold nights make you want to stay indoors, a movie like SING is perfect for some family fun. SING is one of those movies that you instinctively want to sing along with. Not something you should really do in the theater, unless you want to get popcorn thrown at you. I cannot wait to get our Blu-ray copy so we can sing along at home.

Something we haven’t seen is the 60 minutes of bonus content you get with SING Special Edition including all-new mini movies featuring the cast from SING and an exclusive Tori Kelly music video.

From Illumination, the studio that brought you The Secret Life of Pets and the Despicable Me franchise, comes an animated comedy about finding the music that lives inside all of us. SING stars Academy Award® winner† Matthew McConaughey as Buster Moon, an eternally optimistic koala who puts on the world’s greatest singing competition to save his crumbling theater; Academy Award® winner Reese Witherspoon as Rosita, an overworked and unappreciated mother of 25 piglets desperate to unleash her inner diva; Scarlett Johansson as Ash, a punk rock porcupine with a beautiful voice behind her prickly exterior; Taron Egerton as Johnny, a young gangster gorilla looking to break free of his family’s felonies; as well as Seth MacFarlane, John C. Reilly, and Grammy Award-nominated Tori Kelly. SING is the musical comedy event of the year! 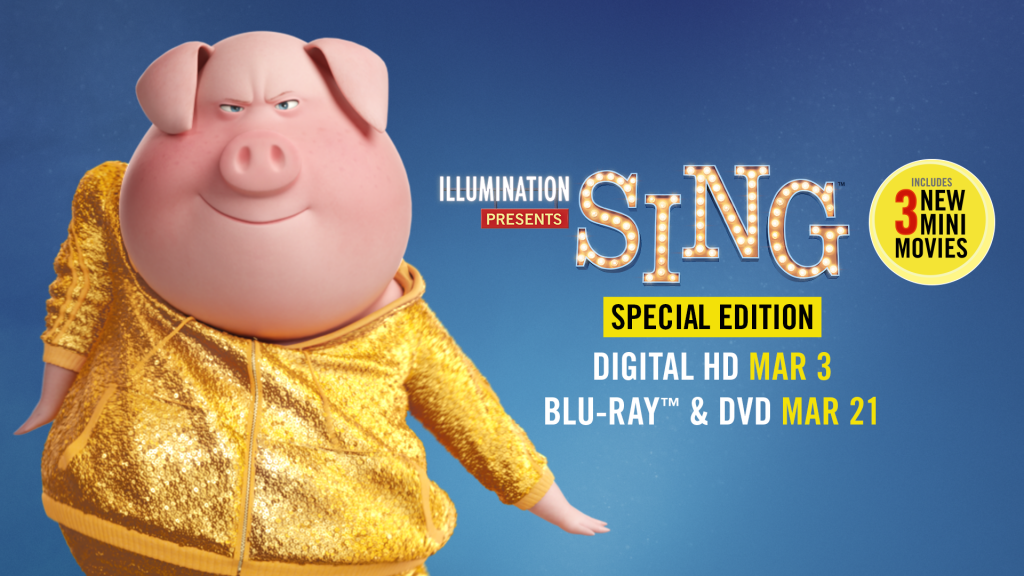 If you’re looking for something fun to watch on family movie night or want to keep the kids busy during spring break, be sure to grab your copy of SING when it comes available on Digital HD March 3rd and Blu-ray and DVD on March 21st!