Are you ready? The Minions have their own movie! See them in theaters July 10. To celebrate the upcoming MINIONS movie, I hosted a fun backyard bash last weekend. We had such a blast at our Minions party! This is a sponsored post. However, my love for all things Minions is my own.

It’s so much fun to do themed activities at home, before going to see a movie. It really adds to the excitement. Before heading to the theater this weekend to see MINIONS, check out these Minions party ideas. 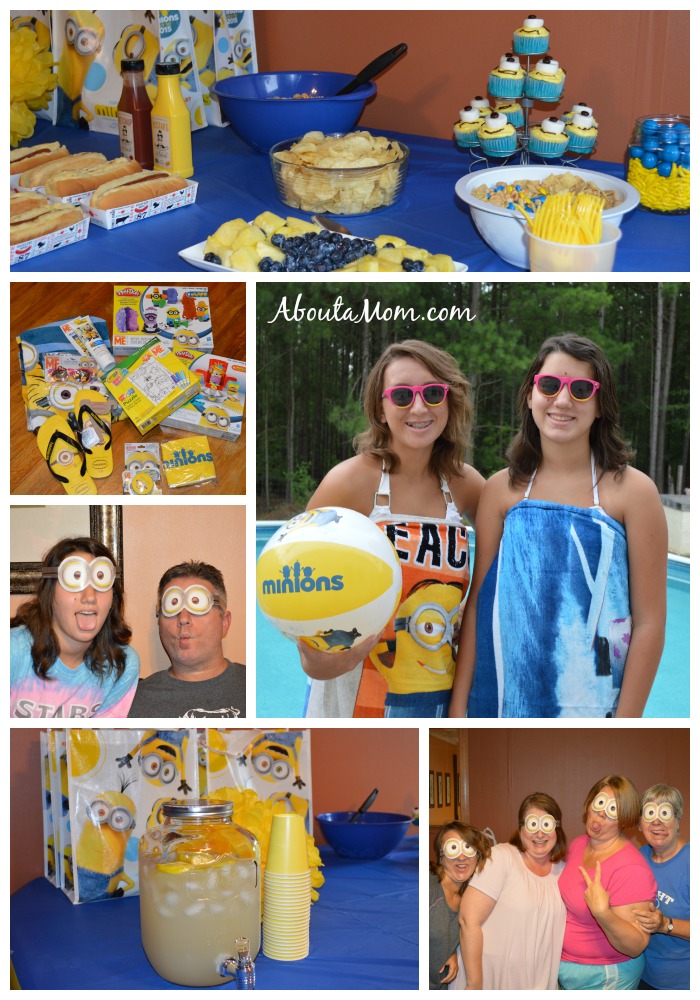 I received an awesome party pack to host my Minions party, but there is a ton of fun Minions merchandise available in stores. The possibilities for Minion fun are endless!

Goodie Bags. Check out these great goodie bags for my guests, filled with everything a little Minion needs to have fun in the sun: 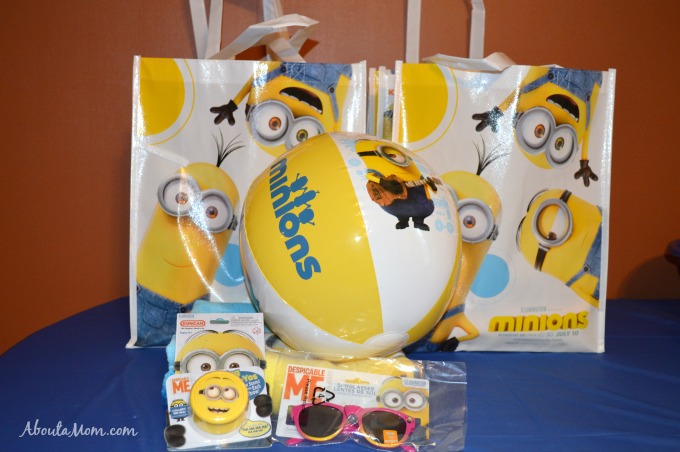 Minion Cupcakes. For the party food, I went with a yellow and blue color scheme. My Mom made these adorable Minion cupcakes for us. I love how they turned out. 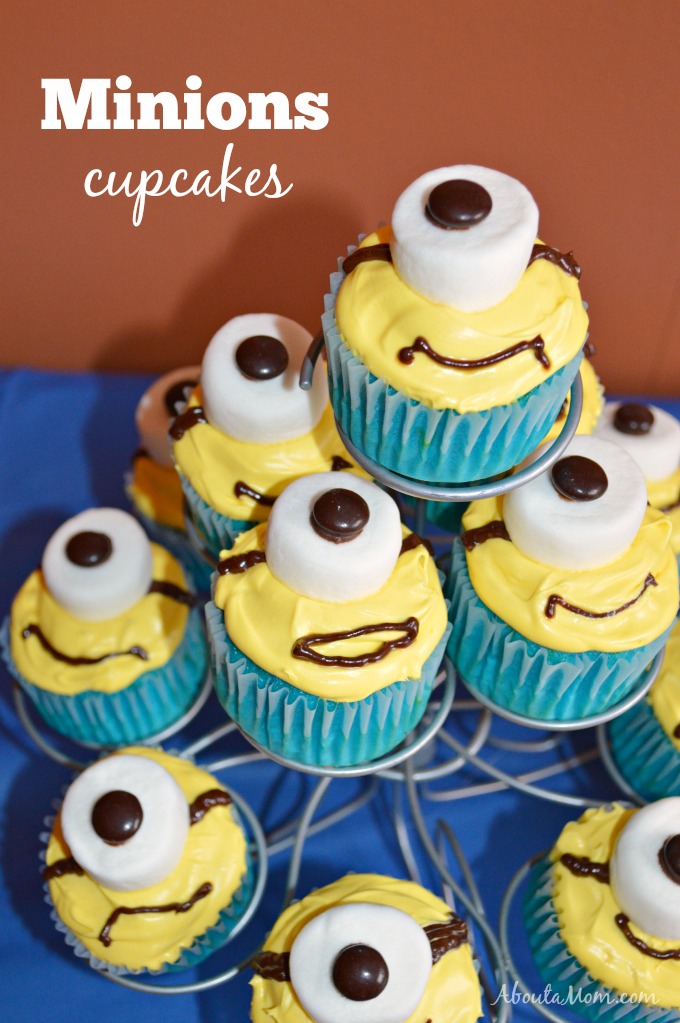 These are so easy to make. For the cupcakes she used a blue Funfetti cake mix and vanilla frosting tinted with yellow food coloring. To decorate, all you need are marshmallows, brown M&Ms, and brown frosting.

Minions Candy Mix. The sweetness continues with a jar of candy that doubles as table decor. I just filled a jar with banana candy and blue gumballs. 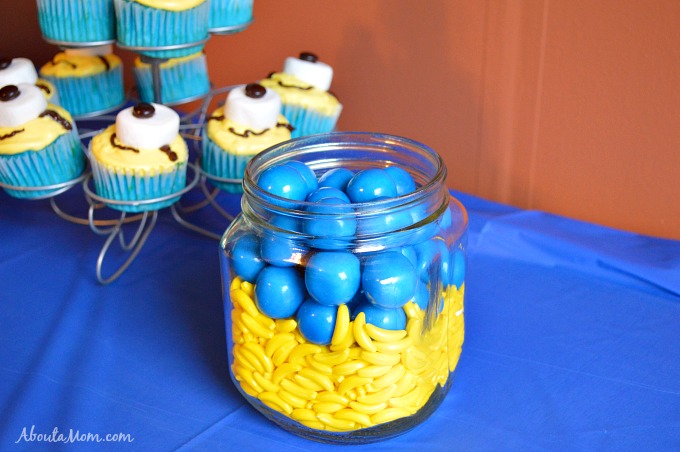 Minions Munch. The Minions Munch is a mixture of the new General Mills Limited Edition Minions Cereal, peanuts, blue and yellow M&Ms. It was so tasty! 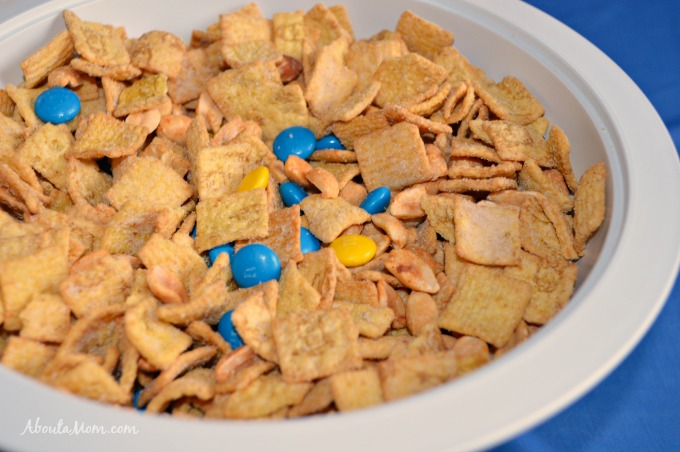 Minions Inspired Fruit Platter. Pineapple and blueberries are the perfect combo for a hungry Minions. 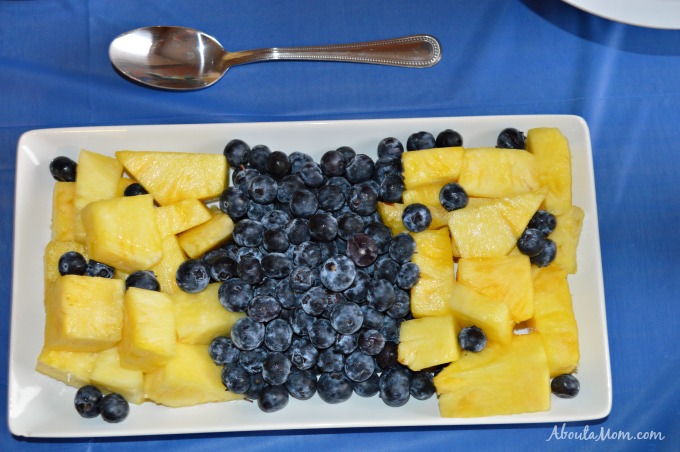 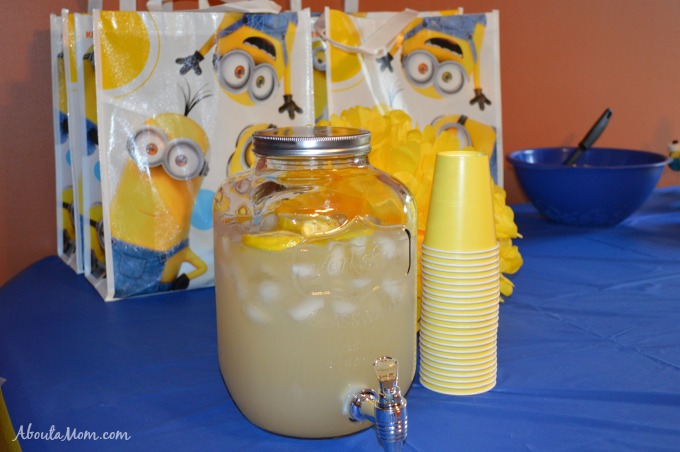 Before the rain rolled in, which seems to be happening a lot lately, we squeezed in a little backyard fun. 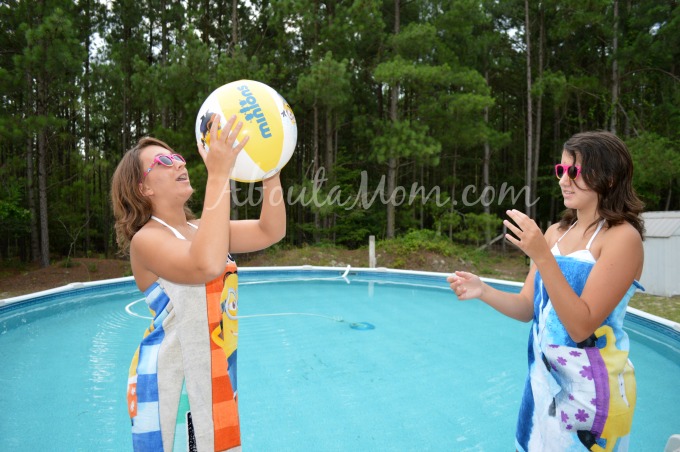 I am loving all the Minions merchandise that’s available to help you have fun in the sun. 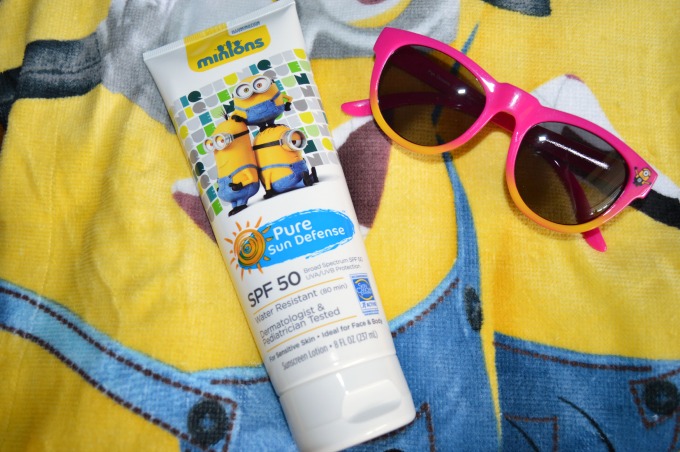 No Minions party is complete without some silly Minions. 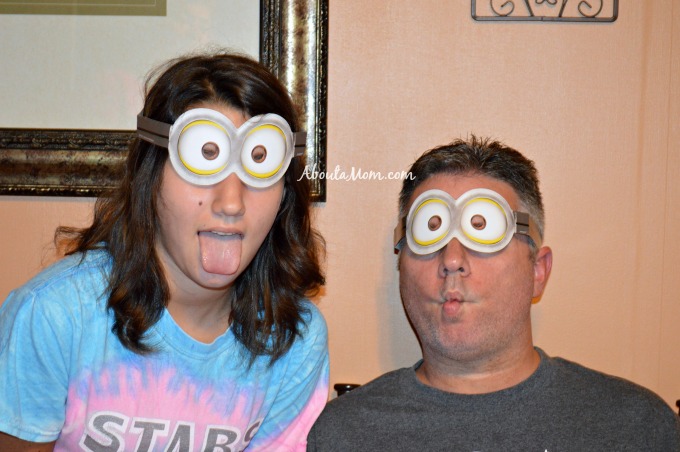 We had an absolute blast at our Minions backyard bash, but you don’t have to throw a big party to celebrate the new MINIONS movie. Both Crayola and Playdough offer some really fun Minions playsets. 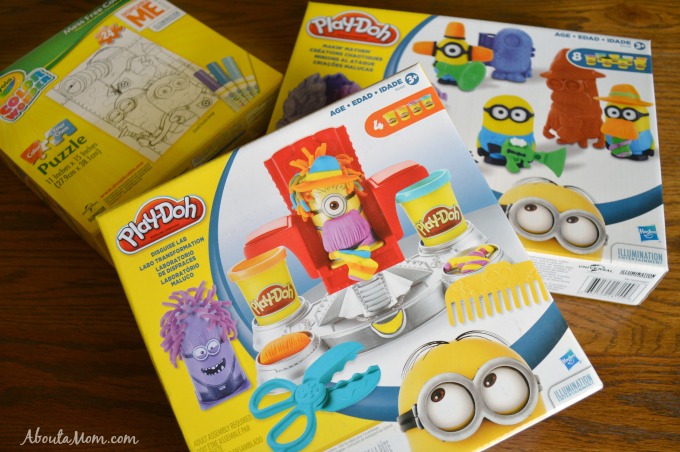 The MINIONS hits theaters on July 10!

This July, go back to where it all began. ‪#‎Minions is in theaters July 10. Are you excited too?! 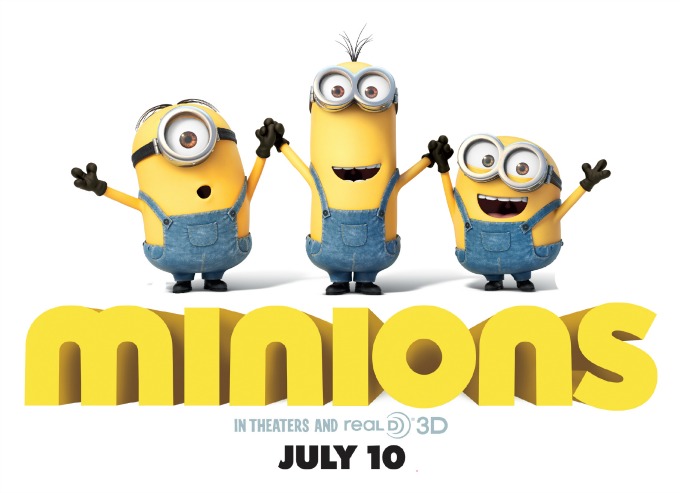 The story of Universal Pictures and Illumination Entertainment’s Minions begins at the dawn of time. Starting as single-celled yellow organisms, Minions evolve through the ages, perpetually serving the most despicable of masters. Continuously unsuccessful at keeping these masters—from T. rex to Napoleon—the Minions find themselves without someone to serve and fall into a deep depression.

But one Minion named Kevin has a plan, and he—alongside teenage rebel Stuart and lovable little Bob—ventures out into the world to find a new evil boss for his brethren to follow. 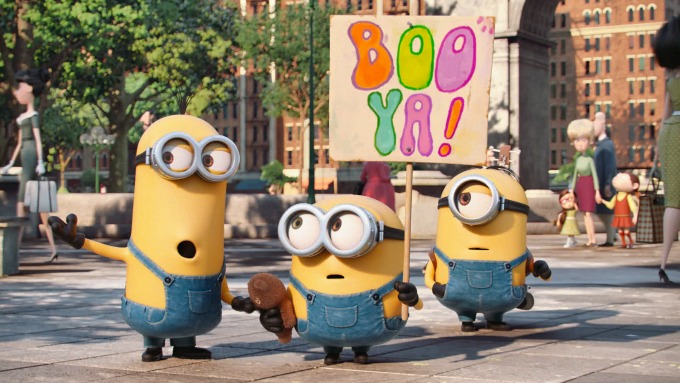 The trio embarks upon a thrilling journey that ultimately leads them to their next potential master, Scarlet Overkill (Academy Award® winner Sandra Bullock), the world’s first-ever female super-villain. They travel from frigid Antarctica to 1960s New York City, ending in mod London, where they must face their biggest challenge to date: saving all of Minionkind…from annihilation.

Featuring a soundtrack of hit music from the ’60s that still permeates our culture today, Minions is produced by Illumination’s Chris Meledandri and Janet Healy, and is directed by Pierre Coffin and Kyle Balda. Brian Lynch has written the screenplay for the 3D-CG comedy adventure, and Chris Renaud serves as executive producer of the film. 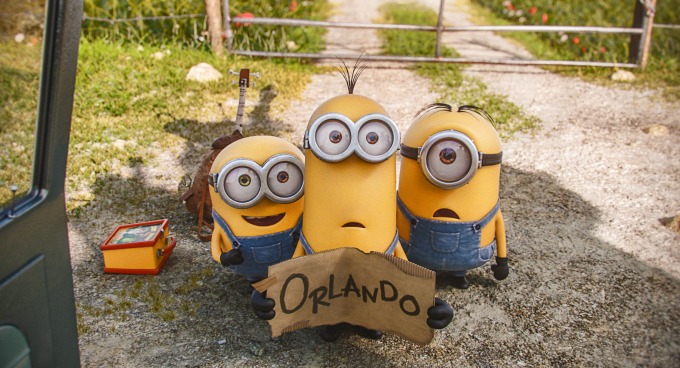