Attending your first year of university can be a frightening experience for freshman students. You’re worried if the classes will be too difficult, if you’ll make any friends, if you’ll have the right kind of clothes, will you make it into a sorority. All of these things float through a freshman’s mind on the first day of school – especially at a school like Monsters University. 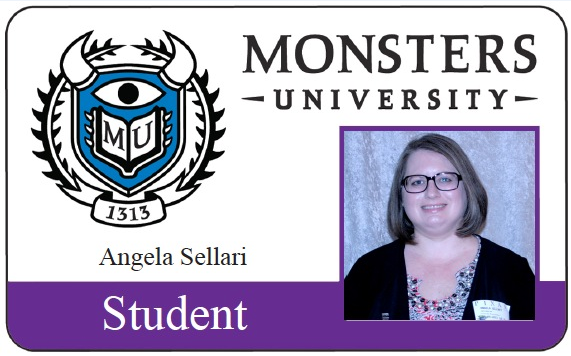 A couple of weeks ago, I was that student. Only, quickly my nerves were calmed and I realized I was finally where I belonged. I am a Monster (in training) and Monsters University is where I belong. 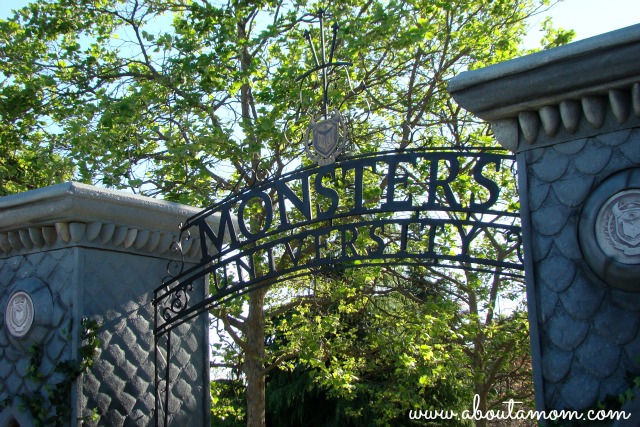 I arrived with a group of Mom and Dad bloggers to Pixar Studios in San Francisco where we were greeted by the Monsters University Marching Band. It was an incredibly warm welcome that got us excited and eager for what was to come. 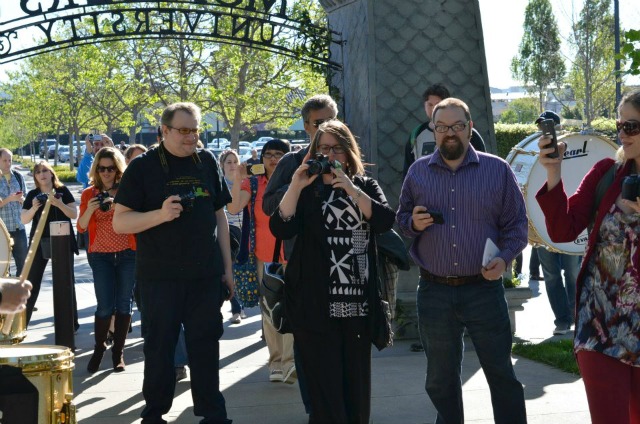 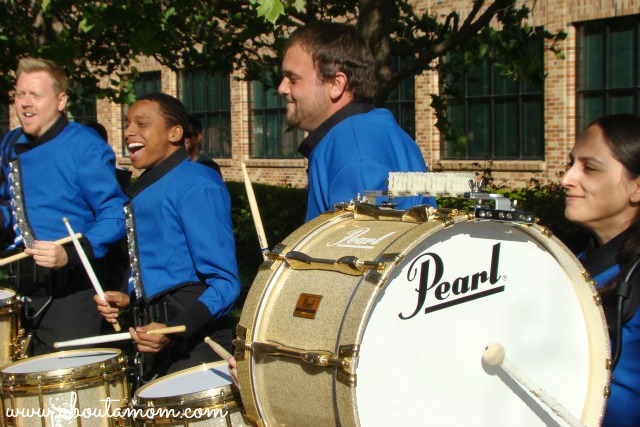 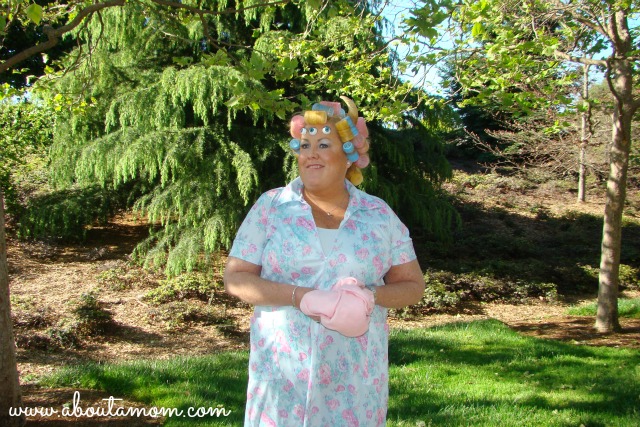 {Squishy’s Mom was even there to greet us. How terribly embarrassing that must have been for him.} 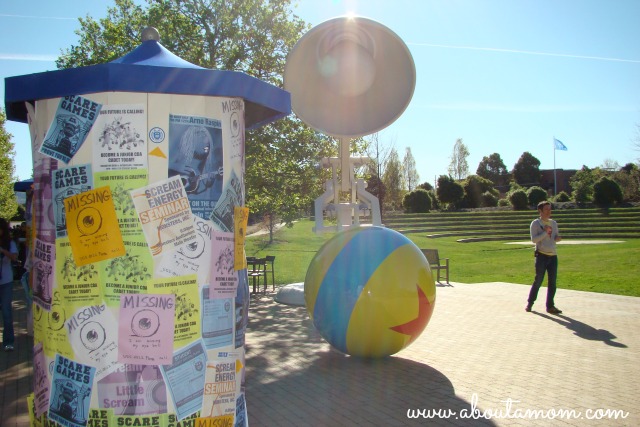 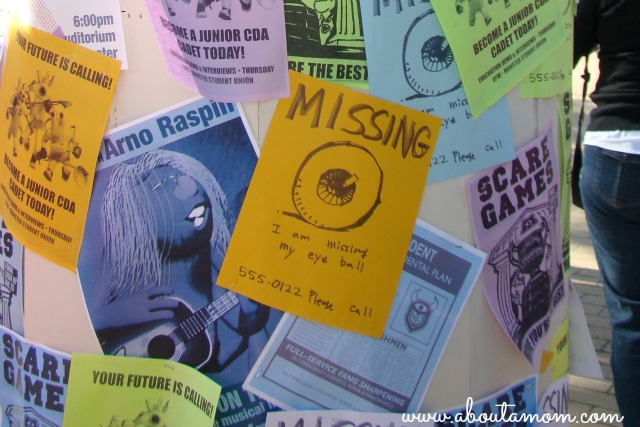 Standing in front of Luxo Jr. and the Pixar ball was pretty amazing. You can see the amphitheater in the background. Columns and pillars were covered in student propaganda, lost and found notices, and info about clubs and campus happenings. 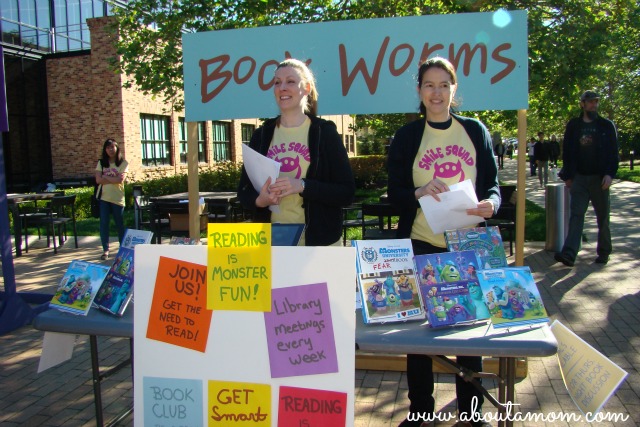 We were all eager to sign up for clubs on our first day. As an avid reader of horror stories, I was drawn to the Book Worms club. I just hope that this doesn’t get me lumped in with the nerdy monsters, as I’m really hoping to stand out in the scare crowd this year. 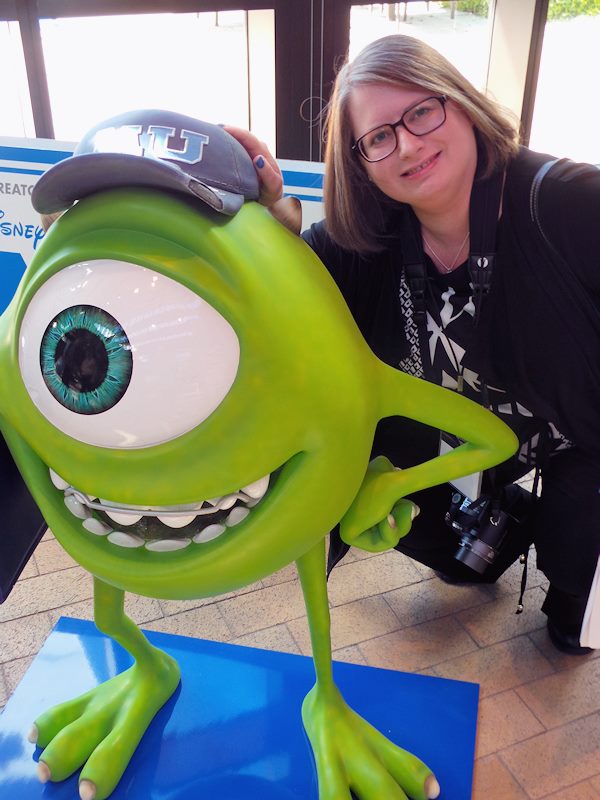 I have a confession to make. My freshman year is truly all about meeting the cute guys, and I have a real crush on fellow classmate Mike Wazowski. Isn’t he dreamy? 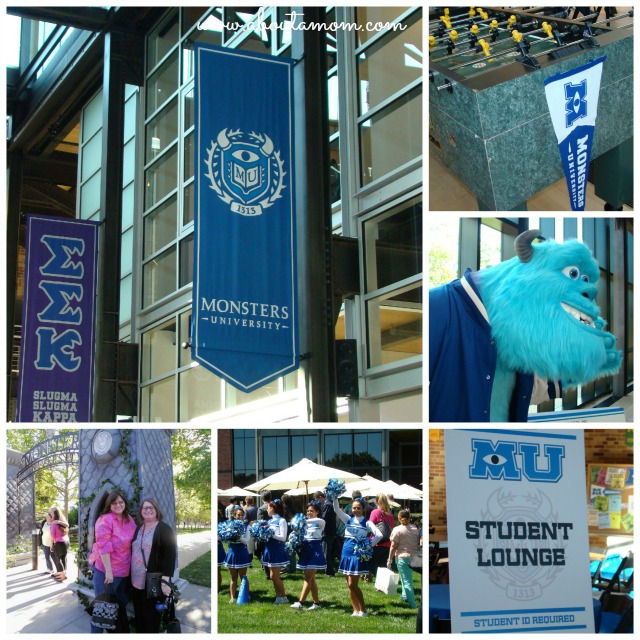 On the Pixar campus we had a tailgate lunch, complete with marching band and cheerleaders. Campus life is really for me. Monsters University is all about friends and fun, although my Mom seems to think it’s all about the academics. She sent me here to become a better scarer… I think I’ll focus more on my studies during my sophomore year.

In all seriousness though, my Monsters University/Pixar Headquarters experience was off the charts. Getting to attend classes where we learned from the people who made the movie was so enlightening and a once in a life time experience. I was so impressed by the heart, soul, love, and dedication that was put into making Monsters University. These people truly love what they are doing and it shows.

I had an opportunity to see the first 40 minutes of the movie and it left me longing for more. It’s such a fun an vibrant look back at how Mike and Sulley became friends and started on their paths. There was also an unexpected lesson that unfolded during the film – sometimes hard work isn’t enough and you have to choose a different path. I’ll elaborate on that more when I write my movie review. Just know that Monster’s University is really special, and if you want to see more check out the new trailer above that was released just today! 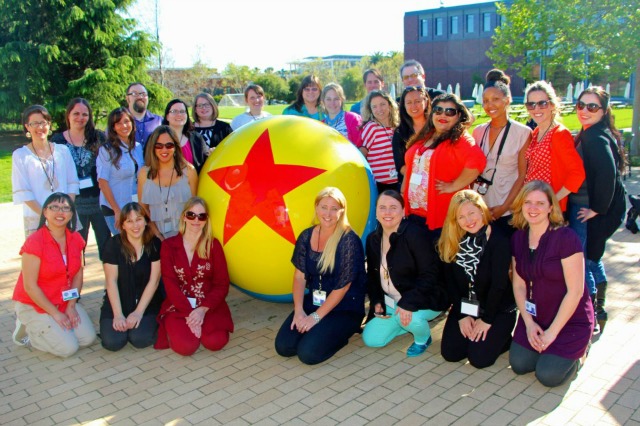