What does it take to create a Pixar movie such as Monsters University? It all starts with a vision, but creating an animated film requires a lot of talent, team work, and dedication. I had the amazing opportunity to go back to class during my visit to Pixar Headquarters last month. I took a series of Monsters University classes and learned from the creative geniuses and pros who created the film. It turns out I am no longer a very good student. I took horrible notes and a fair amount of what was said went over my head. I just sat there like a little girl totally mesmerized and in awe of the magic around me. Here’s a look at my Monsters University courses and class schedule: 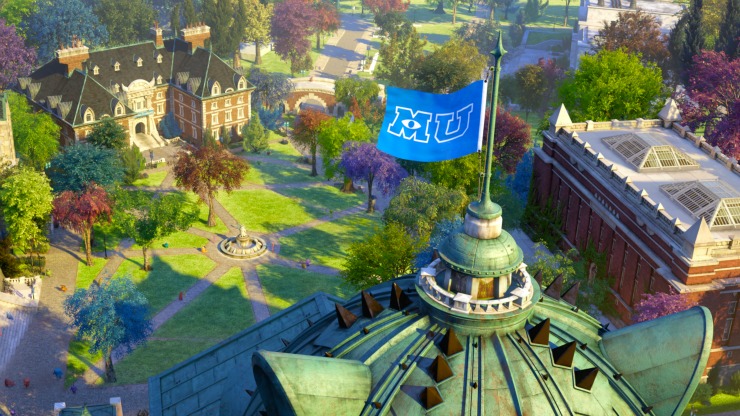 English 101:
How to Tell a Great Story with Kelsey Mann (Story Supervisor) – This class was all about creating great characters and great stories. It was so neat to see the creative process that went into Monsters University. Story artists work up many rough sketches and ideas, they have brainstorming sessions, and spend a lot of time riffing off each other and pitching the director.

In this class we learned how to draw the character Mike Wazowski. As someone with very limited artistic abilities, I was surprised by how simple he was to sketch. 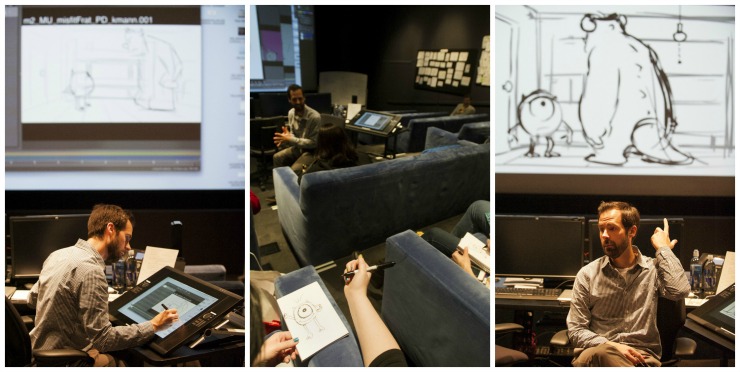 Sociology 203:
The Deconstruction of a Character with Ricky Nierva (Production Designer) and Jason Deamer (Character Art Director) – One of the challenges faced with Monsters University, was turning back the clock and transforming well known characters like Mike and Sully into young college students. This was achieved by a number of things. Both Mike and Sully were slimmed down a bit. You’ll notice that Mike is wearing a retainer in the new film, while Sully’s fur is a bit more scraggly looking.

As part of this creative process, the crew was asked to bring in their senior high school pictures for reference.

A new Monsters University character, Dean Hardscrabble, proved to be a very difficult character to develop. She actually started out as a ‘he’ but was later transformed by the inspiration of a giant poisonous centipede. 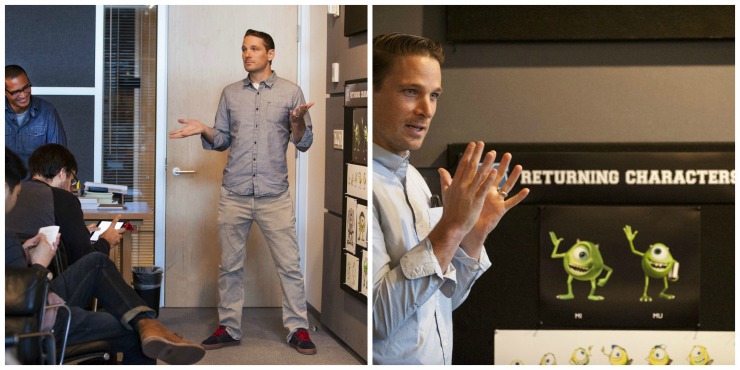 Anthropology 152:
Monsterizing the World with Dice Tsutsumi (Shading/Lighting Art Director) and Robert Kondo (Sets Art Director) – Monsters University has a slew of new monsters in all shapes and sizes, so artists had to ‘monsterize’ everything and make sure the scale would accommodate each of the unique monsters – including perches for flying monsters and smaller doors within large doors.

The crew visited many college campuses to make sure that MU reflected the history and authenticity of a real university. Lighting and shadows play such a key role in creating the scene. I was amazed by all the many details. 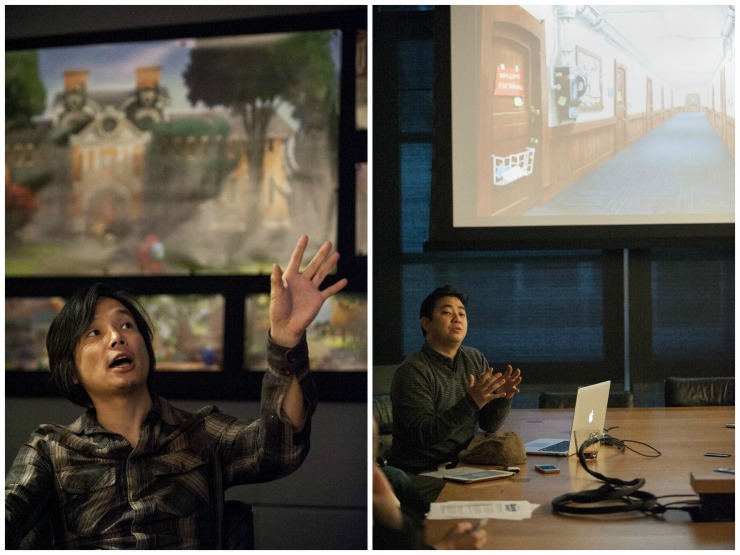 Dramatic Arts:
Bringing a Character to Life with Scott Clark – Characters can only move in three directions: up/down, sideways, forward/back, and they can move on an axis. Simple enough, right? Wrong! I was so impressed by the technology and complex programs that are used to bring the characters to life, yet our instructor made it all seem so simple.

College campuses are filled with many students, so one of the greatest challenges of the crew was coordinating the movement of such a large group of characters. We got to watch as it took several attempts to get Sully’s dance moves right as he joined Squishy on the dance floor. It’s a super fun scene in the movie! 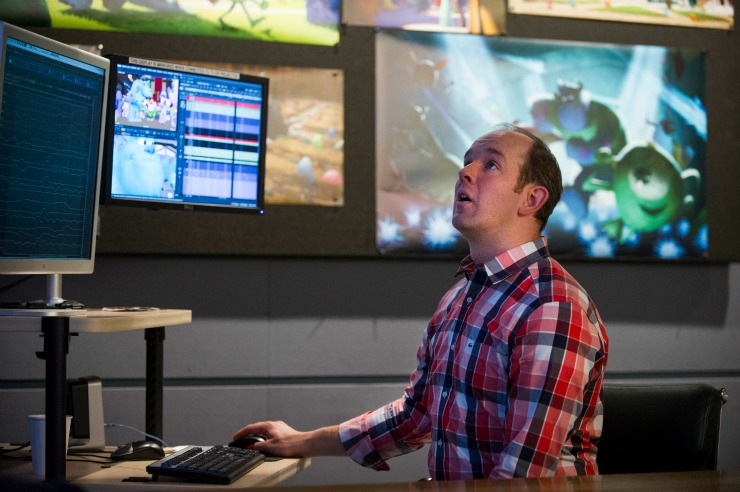 Physics 250:
Global Illumination with Jean-Claude (JC) Kalache (DP-Lighting), Sanjay Bakshi (Supervising Technical Director), and Christine Waggoner (Simulation Supervisor) – I gotta say these people are really smart, as a whole lot of this class flew right over my head. We learned about the importance of global illumination and how items are simulated when it is too complex to animate. For example: clothing, books, and hair is simulated.

Fun Fact: Sully has 3.5 million hairs on his body!

After a day of classes, I was just so totally blown away by the talent and technology that went into making Monsters University. The people at Pixar work as such an amazing team and really seem to love what they are doing. It certainly was inspiring to see! 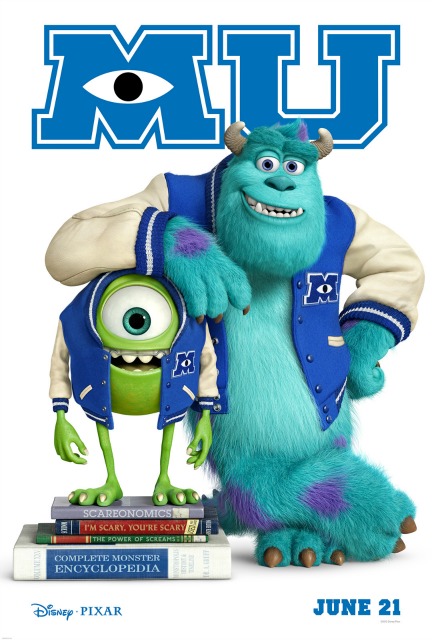