Monsters University premieres today and is sure to be a mega summer blockbuster. I had an opportunity to catch the first 40 minutes of the film back in April during a visit to Pixar headquarters, and saw the completed film in May while at the Disney Social Media Moms Celebration. As someone who seems to always have a lot to say, it’s been rather difficult keeping my lips buttoned up about the movie all this time. But alas the time has come for me to share my Monsters University movie review with you. 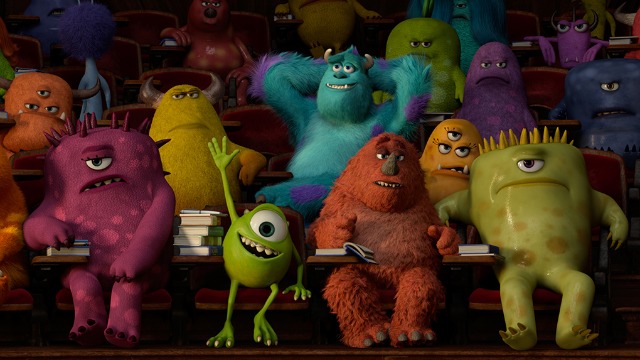 Monsters University is a prequel to one of my favorite Pixar movies Monsters, Inc. Monsters University introduces us to a much younger Mike Wazoski, complete with a mouth full of braces, and a thinner and slightly scruffier Sulley. In the original Monster, Inc., the adorable walking green eyeball Mike Wazowski and loveable James P. Sullivan “Sulley” are an inseparable pair. It turns out that Mike and Sulley weren’t always so chummy, and Monsters University takes us back to when the two former rivals first met in college. Like Monsters, Inc., Monsters University is again set in Monstropolis, the land that lies beyond the terrifying closet doors of your childhood nightmares, where Monsters of all shapes and sizes go about their work collecting the screams of children. 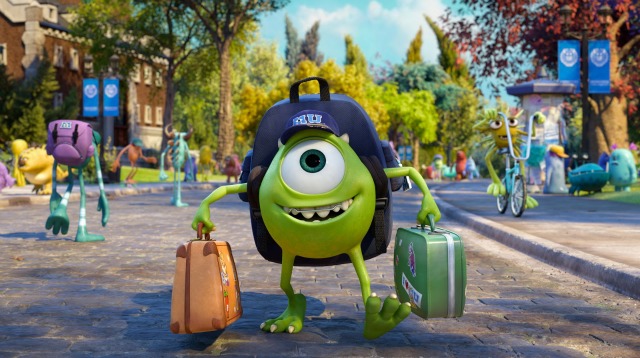 With ambitions of being one of the great scarers working on the scare floor of Monsters, Inc., Mike enrolls in the School of Scaring at Monsters University. Sadly all the ambition in the world wasn’t enough for the not-so-scary Mike Wazowski (Billy Crystal). While attending MU, Mike learned that good study habits and hard work were not enough to grant his dreams of becoming a world class scarer.

Mike and Sulley start out as enemies.

Quite the opposite of Mike, Sulley arrives at Monsters University with a family legacy rich in scaring, along with a natural ability to be scary. However, much unlike Mike, Sulley is very full of himself and doesn’t take his classes very seriously. He seems to think he can simply breeze through scare school with a few choice roars. The two opposites don’t like each other much, and their shenanigans get them noticed in a not-so-good way by the ominous Dean Hardscrabble. 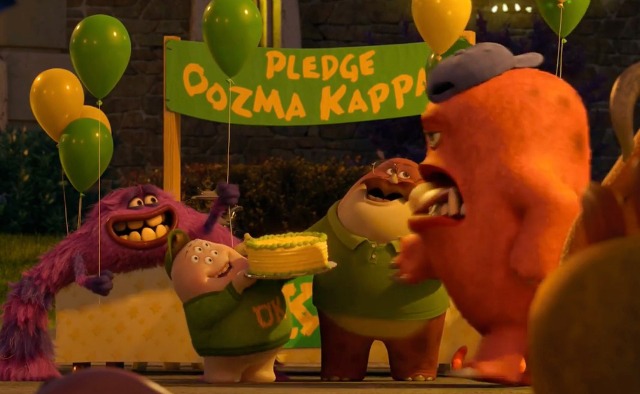 As you would expect in a college atmosphere, both Mike and Sulley get caught up in the sometimes cruel world of college sororities and pledge week. Also as expected, Sulley easily finds a place with the popular monsters and Mike ends up with a group of misfit monsters. The two find themselves on opposing sides.

Things change for Mike and Sulley (John Goodman) when they both end up getting kicked out of the scaring program after failing to deliver on a final, but Mike works out deal with Dean Hardscrabble (Helen Mirren). All Mike had to do was win the annual Greek completion – the Scare Games – and he would get back into scaring school. Desperate to clear his own name, Sulley aligns with Mike and the misfits from Oozma Kappa fraternity to prove their worth as scarers and get back on course. 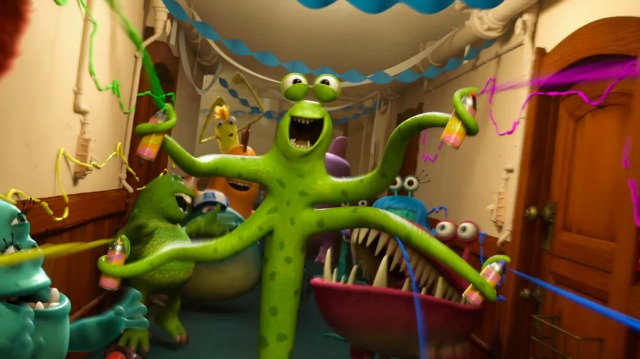 Monsters University also introduces us to a younger version of Randall from the original movie. Known as “Randy” in college, this younger version sports a large pair of bifocals. Don’t let his looks deceive you though, Randy quickly evolves into the evil nemesis we all know and love in Monsters, Inc. A whole slew of new monsters is introduced in the film, making up a diverse campus life. One of my favorite new monsters is Squishy and when you see the movie, you’ll understand why.

Monsters University is full of many laughs, and just pure fun for the whole family. When I saw the movie most recently there were little boys and girls all over the theater letting out their most fierce roars. It was such a fun experience. Pixar has once again given us a movie that portrays monsters in a way that is not scary for young movie goers. I am looking forward to taking my whole family to see the movie this weekend, and can’t wait to hear your thoughts on the film.

All-expense paid press trip provided by Disney/Pixar. No compensation was received. All opinions are 100% my own.