Enter to win your very own DVD copy, debuting on Dec.6
Angela Lansbury stars in Mr. Popper’s Penguins as Mrs. Van Gundy, and it’s her first film role since the 2005 kids’ flick Nanny McPhee. Though a critically acclaimed and much beloved actress in her own right (starring in classics like Gaslight and “Murder She Wrote”), Lansbury has put a stamp on children’s film with iconic parts in Bedknobs and Broomsticks, Beauty and the Beast and Anastasia. Here, we will take a look back at five of these roles that families most know and love Ms. Lansbury for.
Jim Carrey (A Christmas Carol) stars in MR. POPPER’S PENGUINS, available on Blu-ray, DVD and digital download Dec. 6. The whole family will be full of laughs watching Mr. Popper, a driven businessman, inherit six adorable and mischievous penguins. As Mr. Popper quickly gets attached to his winged roommates, his life quickly unravels: the deal he’s long been working on with a formidable socialite, Mrs. Van Gundy (Angela Lansbury), is derailed and Popper almost lands in jail. While Popper’s penguins turn his swank New York apartment into a snowy winter wonderland – they teach him valuable lessons about family- human and otherwise!
The Dowager Empress Marie in Anastasia 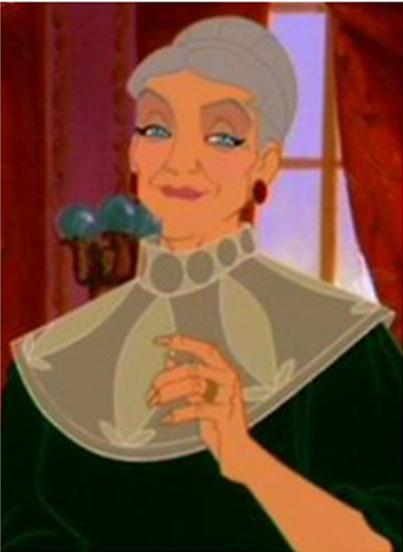 As the Dowager Empress Marie in 1997’s Anastasia, Angela Lansbury lent her voice to this animated adaptation of the real-life Russian Empress. In the film, Marie spends ten years searching for her missing granddaughter, Anastasia (voiced by Meg Ryan), and is reluctant to meet any more women proclaiming to be Anastasia because so many people have tried to con her. Marie originally distrusts the real Anastasia when they meet, but as Anastasia recalls a lullaby they had bonded over – the film’s most memorable song, “Once Upon a December” – Marie realizes that she has found her long lost granddaughter.
Mrs. Van Gundy in Mr. Popper’s Penguins 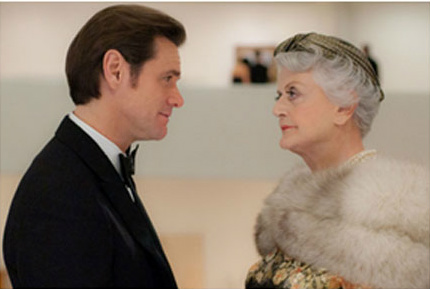 Angela Lansbury stars alongside Jim Carrey in Mr. Popper’s Penguins as Mrs. Van Gundy, a difficult business associate of Popper’s. Lansbury’s character owns the Tavern on the Green restaurant, where Popper and his father used to eat, and Popper wants to buy it from her to tear it down and turn the property into a new development. However, Mrs. Van Gundy only wants to sell the property to a person of true value. Over the course of the film, Popper proves himself to Mrs. Van Gundy, and she sells him the restaurant, which he then decides to renovate and reopen.
Aunt Adelaide in Nanny McPhee 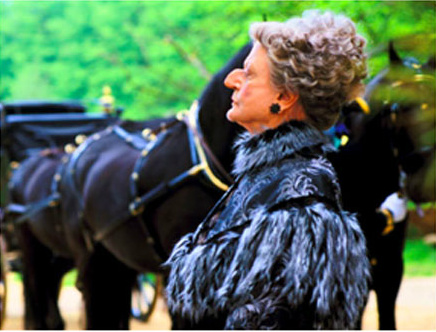 Lansbury takes a mean turn in Nanny McPhee as Aunt Adelaide, the controlling Aunt that financially supports the Brown family. Along with giving the family money and maintaining their lifestyle after their mother (her niece) has passed away, Aunt Adelaide demands that she receive custody of one of the children, that that child lives with her, and that their father (Colin Firth) remarries within a month. Though Aunt Adelaide is acting with concern for her family, her demands are often unfair and ridiculous, but the family must somehow find a way to fulfill them so that they can stay afloat.
Mrs. Potts in Beauty and the Beast 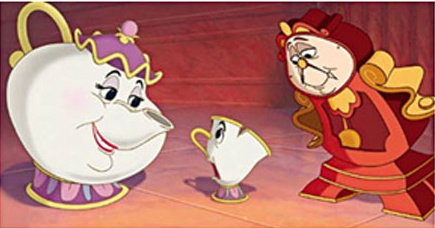 In the classic Disney film, Beauty and the Beast, Angela Lansbury voices Mrs. Potts; one of the prince’s servants that is magically transformed into a teapot after a curse is placed on the prince and his castle. Mrs. Potts helps orchestrate a plan to get the curse lifted by creating a romantic evening for Belle and the Beast where she sings the iconic song, “Beauty and the Beast” while they share a romantic dance in the ballroom. Legend has it that Lansbury didn’t think she should perform the song and only agreed to sing one take of it – and that’s the version that appears in the film!
Mrs. Price in Bedknobs and Broomsticks 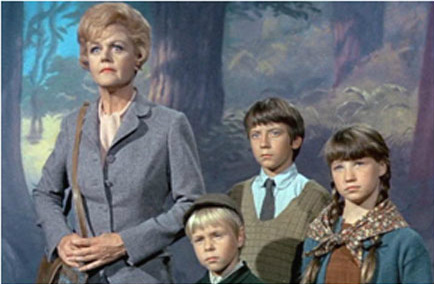 Angela Lansbury stars as Mrs. Price in Bedknobs and Broomsticks as an apprentice witch who uses her powers to aid the war effort. When she takes three children into her home, she enchants a bedknob that, when reattached to the bed, will travel anywhere the children want it to. After going on a magical adventure with the children, Mrs. Price returns home and creates a magical army out of old uniforms and weapons, sending medieval knights, Elizabethan Guards, Cavaliers, Redcoats and Highlanders after the German army, eventually sending them into retreat.
The Giveaway 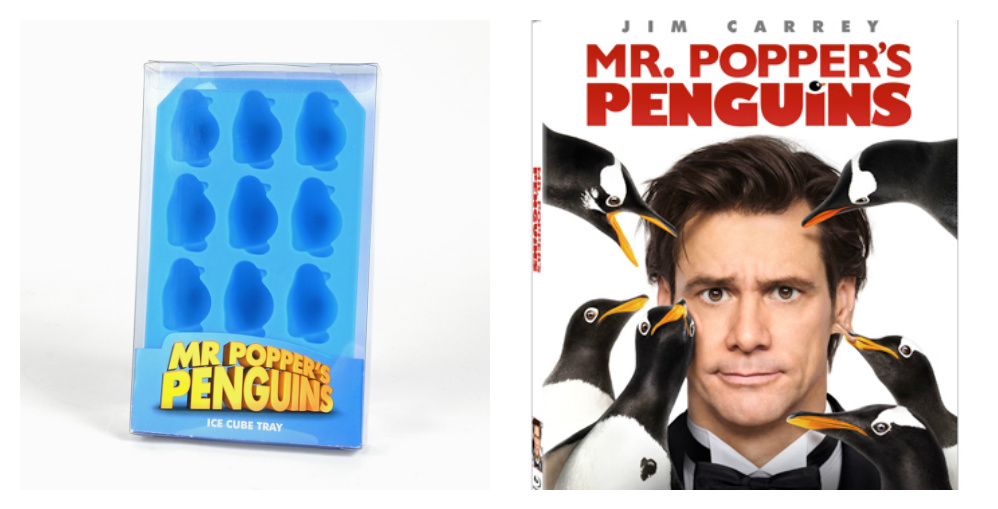