I recently had the opportunity to do a telephone interview with Dakota Goyo, along with 11 other bloggers. Dakota Goyo is the very accomplished 12 year old actor that portrays Max in DreamWorks’ Real Steel. In case you’ve been living under a rock, “Real Steel is DreamWorks’ latest movie starring Hugh Jackman, Evangeline Lilly and Dakota Goyo; and directed by Shawn Levy. “Real Steel” is set in the year 2020,

when robot boxing is the top sport. A struggling robot boxing promoter (Hugh Jackman) discovers he has an 11-year-old son named Max (Dakota Goyo). Together they build a relationship as well as a robot that can contend for the championship. 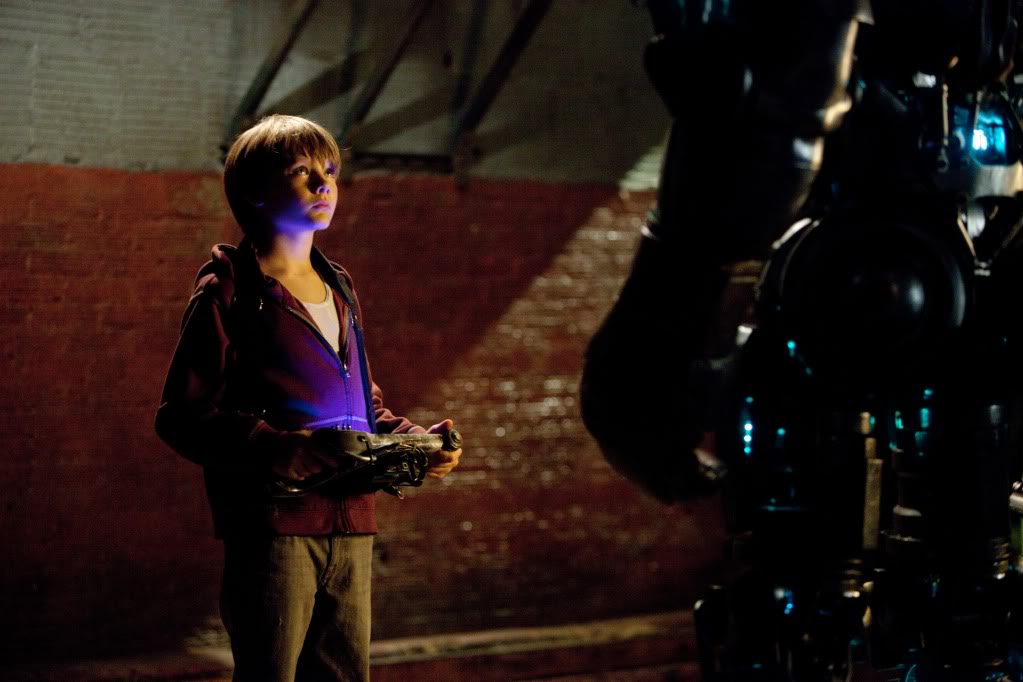 Dakota Goyo, also recently seen in “Thor”, came across in our interview as a very bright and engaging 12 year old. Here are some highlights from the interview:
When asked if he plans to continue acting as an adult or does he aspire to do something else when he grows up (my question), Dakota responded that he wants to continue to act. Since the age of 3 years old, he wanted to be an actor. Maybe directing in the future, but acting is something he would definitely continue to do.
Dakota has some really cool dance moves in the movie. He was asked if he came up with his own moves or was it choreographed. Dakota says he never danced before filming this movie. Choreographer, Ann Fletcher, taught him dance moves he never knew he could do. Dakota has been dancing ever since. 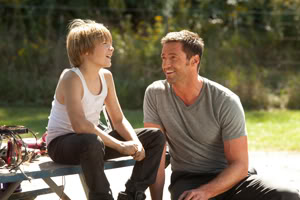 Was he was scarred when filming the scene of  falling off the cliff in the junkyard? Dakota replied “No, but his mom was scared”. He really likes doing his own stunts. The water and mud was the worst part for him. He does not like getting dirty. Seeing his mom’s face, when filming that scene, was priceless. She did not like it.
Dakota was asked what drew him to the character Max and made him want to audition for the part. He said it was the opportunity to work with robots, a kids dream and meeting Wolverine (Hugh Jackman), the nicest guy in the world! Dakota had 4 auditions before getting the role of Max. He sent in 2 audition tapes and was flown out to Los Angeles twice. The second time he got to audition along side Hugh Jackman and found out he got the part after that.
The question how he managed filming, time for school and friends was asked. Dakota said that he spent 9 ½ hours a day filming. He really had no time for friends, but he did have a friend who lived upstairs from where he lived while filming. They did some skateboarding and swimming together. 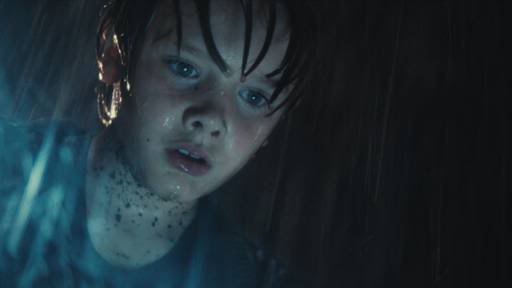 Dakota says that memorizing lines and learning dance routines were the two things he had to prepare for the most. His favorite scene was when he was washing off the robot Atom and was able to see his name on his chest. The coolest thing he got to do for this movie was working with Robots. He got to work with 9 feet tall fully functional robots. It is a kid’s dream!
Dakota was asked if he is still friends with Atom. He answered “Yes, Atom is like his best friend”.
The character Max drinks a lot of Dr. Pepper in the movie. Dakota said that he really drank it all, but it wasn’t Dr. Pepper. It was Diet Coke instead, otherwise he would have had way too much energy.
This was Dakota’s first time working with CGI technology. He said that all the technology in the movie was just overwhelming. Getting to know about it all was a great experience for him.
On how he maintains close relationships and stays grounded. Dakota says his family keeps him grounded. Staying in his hometown and not moving to Los Angeles has helped. It is always something he has to work for though. 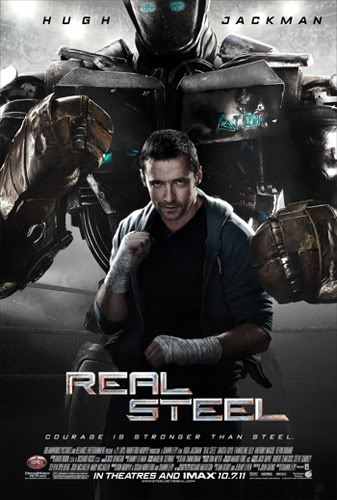 It was a lot of fun getting to know Dakota Goyo. I think we will be seeing a lot more of him in the movies.
“Real Steel” is a must see movie for the entire family! It opens everywhere today, Friday, October 7, 2011.