There are a lot of myths about Women and money. I remember a Forbes article I read a while back about Women and Money that left me feeling quite honestly insulted. I was shocked by the stereotyping and overall feeling that the article gave insinuating that women are somehow inferior when it comes to financial planning. It’s hard to believe that in 2013 women are still not considered equals when it comes to money management. I believe the differences between the sexes in terms of money attitude are relatively small. In response to some of the misinformation out there and some of the other things I have read recently, here are several myths about women and money that I would like to debunk. 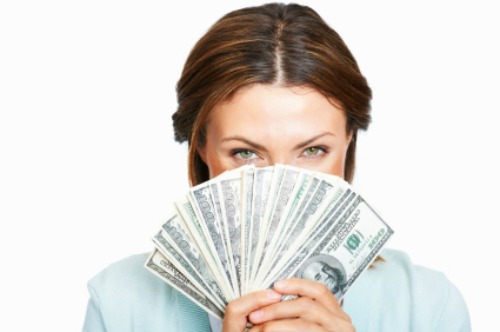 Myth – Women have less money because they spend more. The fact that women spend more money than men is simply not true. It’s true that women have less money than men, but it’s not because of an every growing shoe collection. Women spend more as the managers of their households. According to the Board of Governors of the U.S. Federal Reserve, “Women account for 80 percent of all consumer purchasing decisions, making 93 percent of food purchases and 65 percent of auto purchases.”.

Another contributing factor to women having less money is that women’s incomes are so much smaller to begin with. Women are still paid significantly less than a man with the exact same qualifications for the exact same job.

Myth – Women are too emotional to manage money effectively. There are many surveys and studies out there that show men are more likely to take more risks on investments than women. It’s fact that women are less likely to strive for money for money’s sake. Wealth is less a measure of success for most women, rather a focus is on love and family. But this doesn’t make women inferior with regard to money. Instead, it makes women more balanced. Women are more likely to make budgets and more frugal decisions with money.

Myth – Women don’t invest or plan for retirement as well as men. This couldn’t be further from the truth. I chuckle when I think of how my husband refused to ever stop and ask for directions, no matter how lost we had gotten. Women don’t hesitate to ask for directions and this quality makes women smart investors. We ask more questions and take the time to educate ourselves about financial planning.

Can you think of any other myths about women and money?