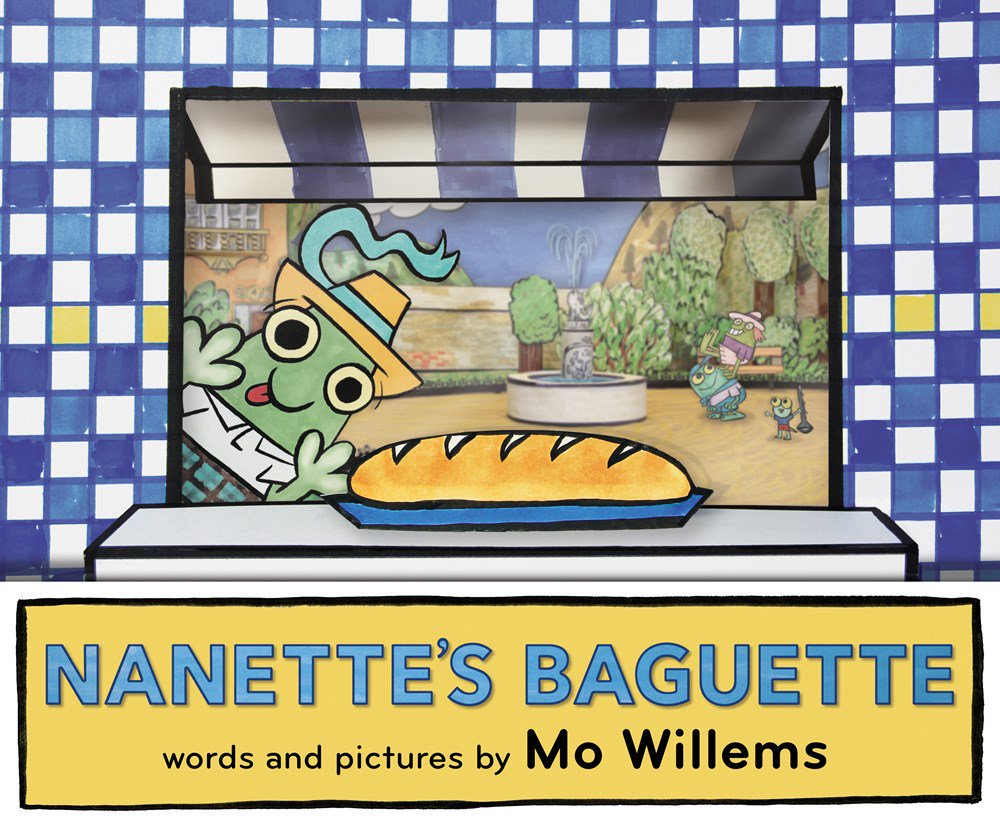 The last few months I’ve had the pleasure of partnering with Disney Books as a Mo Willems ambassador. The new children’s books we’ve been introduced to have been so enjoyed, and read over and over again.

The latest book by Mo Willems, Nanette’s Baguette, hit the shelves in stores on October 25. I just know you’re going to love this book as much as Tati and I do. 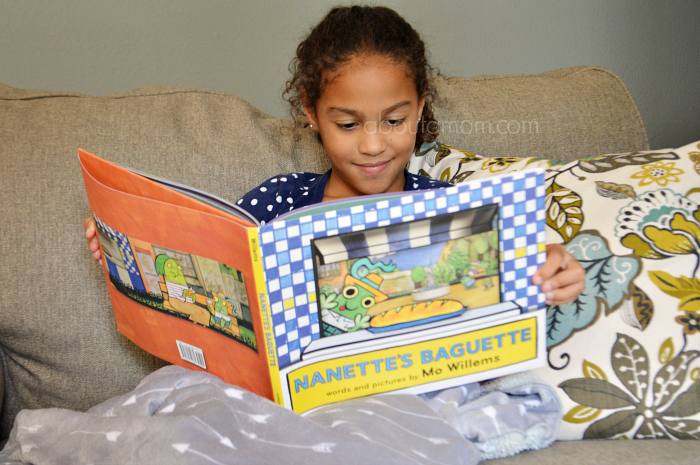 Mo Willems’ hilarious new picture book, Nanette’s Baguette, follows our plucky heroine on her first big solo trip to the bakery. But . . . will Nanette get the baguette from baker Juliette? Or will Nanette soon be beset with regret? 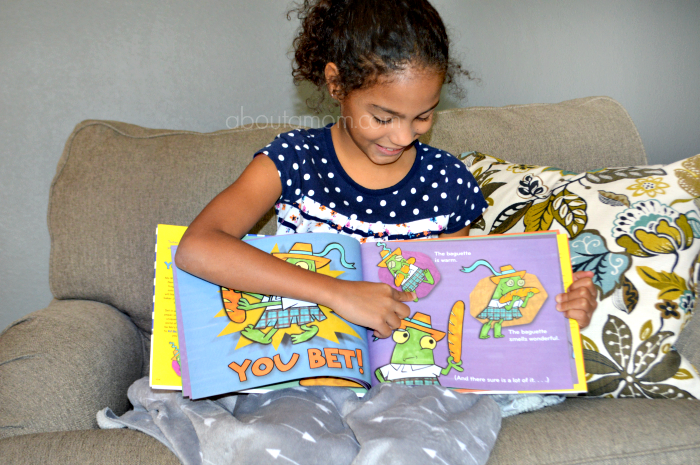 Set in a meticulously handcrafted-paper-modeled French village, the uniquely vibrant laugh-out-loud world of Nanette’s Baguette may be Mo’s best creation yet. Get set to krack into an irresistible tale you won’t soon forget!

Today is the day Nanette gets to get the baguette! Is she set? YOU BET! 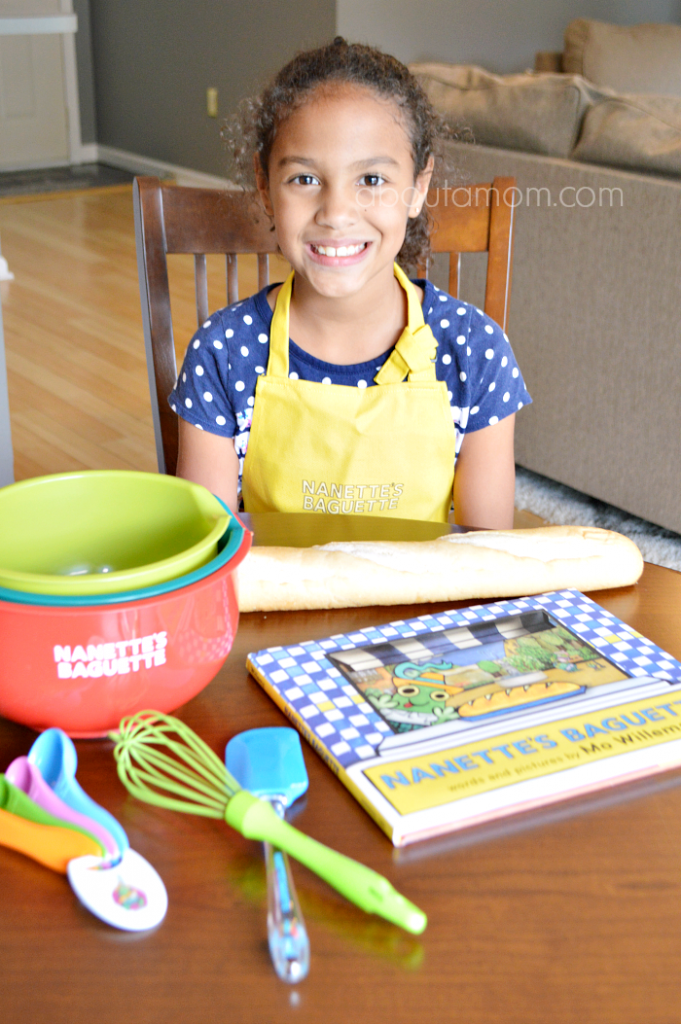 Nanette’s mother sends her to the bakery for the very first time to pick up a baguette. On her way to the bakery, Nanette comes across a few distractions.  Nanette stays the course and finally gets a baguette, but can she resist tasting it?

Nanette loves to eat baguette, especially when it’s fresh from the bakery. It’s so warm. It smells and tastes wonderful.

Nanette’s Baguette inspired Tati and I to make our own delicious baguette snack. As a kid, I loved nothing more than a jelly and cheese sandwich after school. This updated version is made with sliced baguette, Swiss cheese, and blueberry preserves. 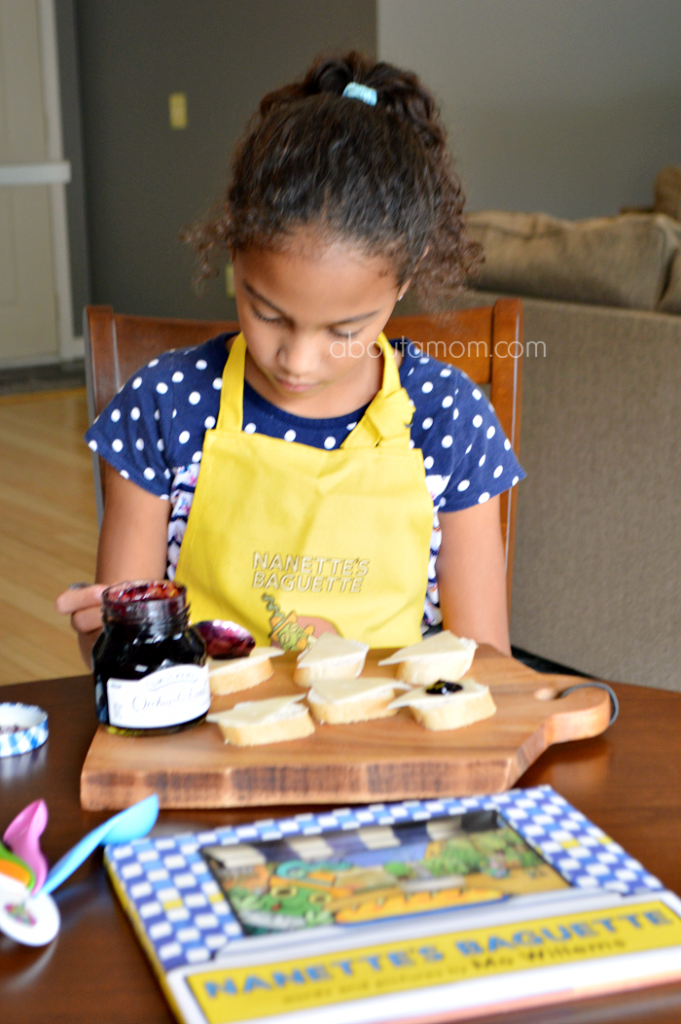 Tati loves cooking and helping out in the kitchen. Cupcakes are her specialty, but she had a lot of fun making this baguette snack. She especially liked that this was a snack she could put together all by herself. 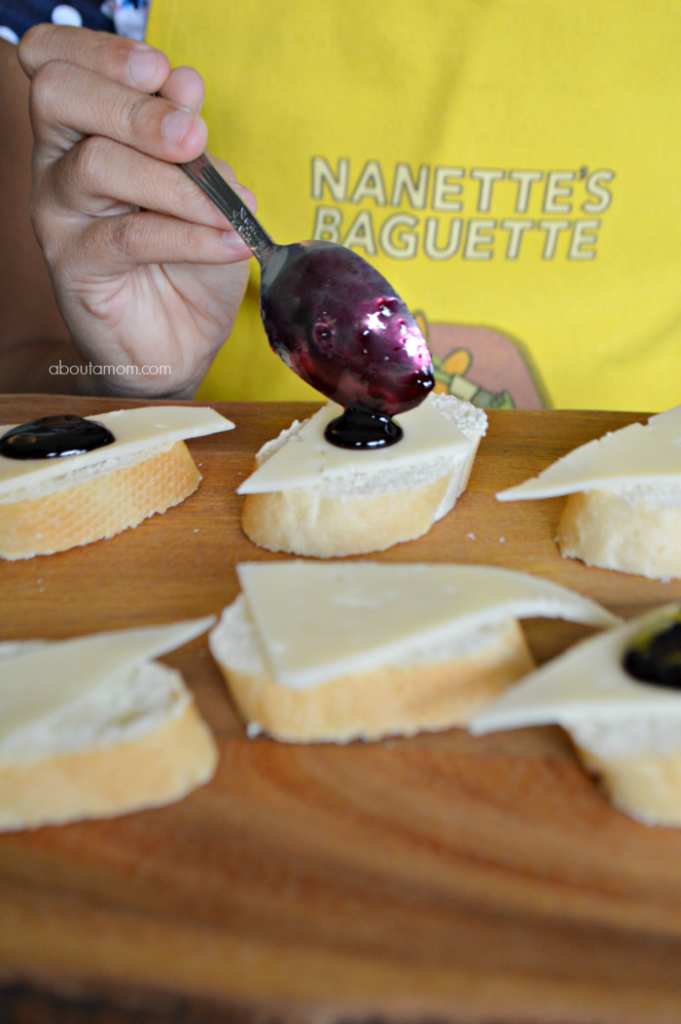 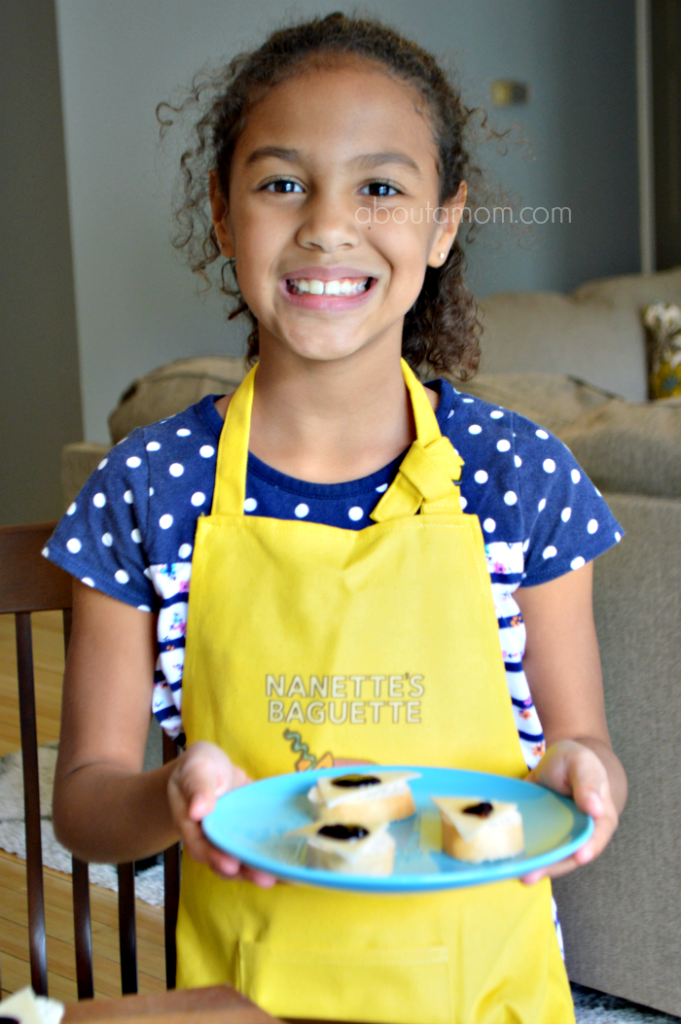 Along with our copy of Nanette’s Baguette, we received some branded baking materials including a whisk, spatula, mixing bowls, measuring spoons, and a kid’s apron. Be sure to enter the giveaway at the bottom of this post to win a prize pack containing the same items that we received!

ABOUT MO WILLEMS
Mo Willems, a number one New York Times best-selling author and illustrator, has been awarded a Caldecott Honor on three occasions, for Don’t Let the Pigeon Drive the Bus!, Knuffle Bunny: A Cautionary Tale, and Knuffle Bunny Too: A Case of Mistaken Identity. The celebrated Elephant & Piggie early-reader series has been awarded the Theodor Seuss Geisel Medal on two occasions (for There Is a Bird on Your Head! and Are You Ready to Play Outside?) as well as garnering five Geisel Honors (for We Are in a Book!, I Broke My Trunk!, Let’s Go for a Drive!, A Big Guy Took My Ball! and Waiting Is Not Easy!).

Nanette’s Baguette is a book you’ll want to add to your personal library, and it would be a wonderful gift for your child’s classroom or school library.

***Update: This giveaway has ended. Congratulations to our winner Darlene O.

The prize pack will include:

Open to US addresses only. Prizing provided by Disney-Hyperion.

1. Leave a comment below no later than November 12, 2016. Comments should be meaningful and a minimum of 5 words. 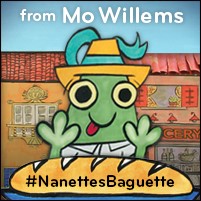 Thank you to our sponsor Disney Books! Visit PigeonPresents.com.