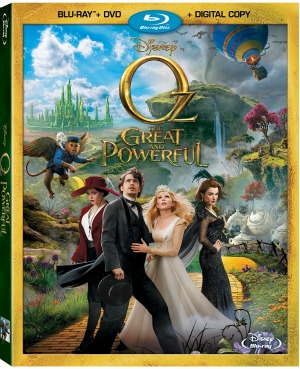 I was so glad when Disney offered me a copy of Oz The Great And Powerful to review. I had missed it in theaters and quite frankly had heard some very mixed reviews about the film, although I’ve learned to not give much thought to what the movie critics have to say. I am a huge James Franco fan after seeing him in previous movies like “127 Hours” and “Rise of the Planet of the Apes”, so I knew that even if I didn’t like “Oz” so much I would still enjoy seeing him again. I sat down with my family to watch the movie last week, and have to admit that the movie started off a little slow for me. But this quickly changed once the main character Oz arrived in… you guessed it… the world of Oz. Oz the Great and Powerful is magical, whimsical and fun for the whole family. I truly enjoyed watching it, and my family did too. You really can’t go wrong with a movie that has James Franco, flying monkeys and walking, talking china dolls. 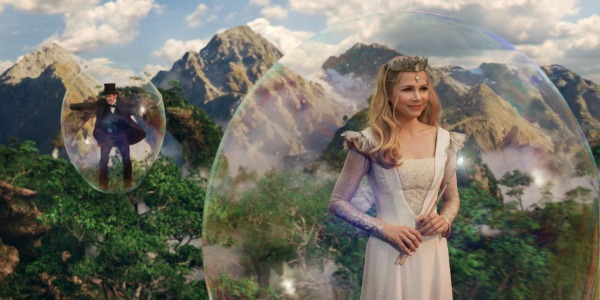 This movie might not hold the attention of younger children, and there are some parts that might be a bit scary. However, I do think this movie is perfect for older grade school kids, teens, and adults. While Oz the Great and Powerful definitely had some things that reminded me of the original Dorothy version I saw as a kid, but it was certainly not a remake of the original. 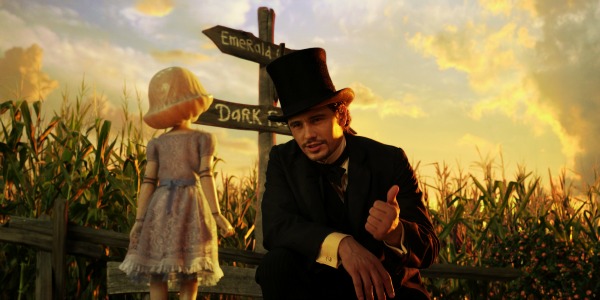 The Enchanting Characters and Creatures of Oz – From Munchkins and Tinkers to good witches, bad witches, and flying baboons, this piece follows each character and creature of the Land of Oz from inspiration to final outcome.

The Sounds of Magical Oz – What adds fragility to the sounds of China Girl’s footsteps; ferocity to the tornado; or weight to the flutter of Finley’s flapping wings?

Mr. Elfman’s Musical Concoctions – An interview with composer Danny Elfman unveils his inspiration in scoring “Oz The Great And Powerful.”

China Girl and the Suspension of Disbelief – This feature uncloaks the several forms of movie magic employed to bring China Girl to life, from the initial artwork and character design, to the on-set puppeteering during filmmaking, and finally, through each stage of the visual-effects process; and includes an interview with Joey King, the voice of China Girl.

Before Your Very Eyes: From Kansas to Oz – Production designer Robert Stromberg takes viewers through the set design of the Land of Oz, from sketching his original ideas on a napkin, through to the final set pieces and the accompanying visual effects.

Mila’s Metamorphosis – Lead makeup artist Howard Berger expands on one of the oldest, most tried-and-true forms of movie magic: makeup design and effects.

Walt Disney and the Road to Oz – It is well known that Walt Disney had a fascination with the Land of Oz since he was a child. See how that fascination grew into inspiration as he began planning for his own adaptation of the stories in the classic Baum books.

Oz The Great And Powerful is now available on Blu-ray Combo Pack!

disclosure: I received the above mentioned item for review purposes. All opinions are my own.