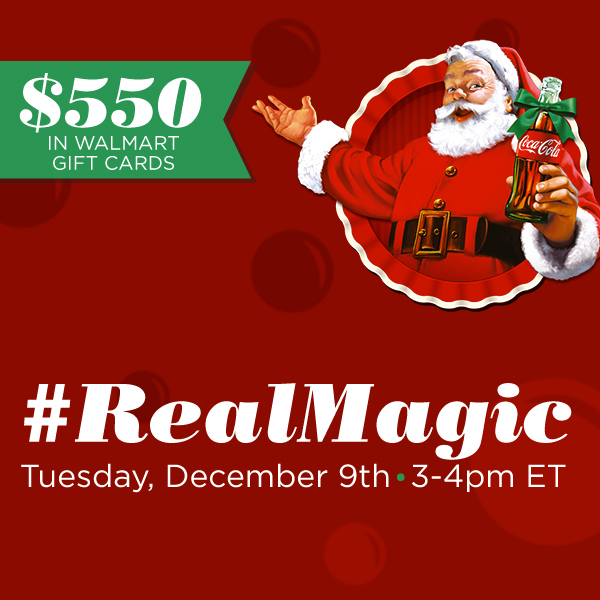 Do you love a good Twitter Party?  You know we do and we’re excited to host a party about spreading and sharing the magic of the holiday season!  On Tuesday, December 9th at 3:00pm ET, please join us for the #RealMagic Twitter Party where we’ll be discussing making the holidays magical, and giving you a chance to win prizes!

I am so excited about the holiday season. It’s a magical time, and a chance to create new memories with family and friends. I love hosting a holiday party, baking cookies for my neighbors, and volunteering for the local toy drive and food bank. I love finding ways to spread the feeling of magic through my family while also reaching out and giving to others. Holiday shopping and gift giving is tons of fun, but it’s the memories we make each year that matter the most! Coca-Cola loves spreading the #RealMagic of the holiday season too so join me to see how we can make the holidays magical by sharing a Coke® with someone!

Join me and RSVP for the #RealMagic Twitter Party on SoFabChats!

HOW TO PARTICIPATE IN A TWITTER PARTY ON SOFABCHATS!

TIP: Special deals and brand coupons? Keep that option checked when you RSVP for the party!