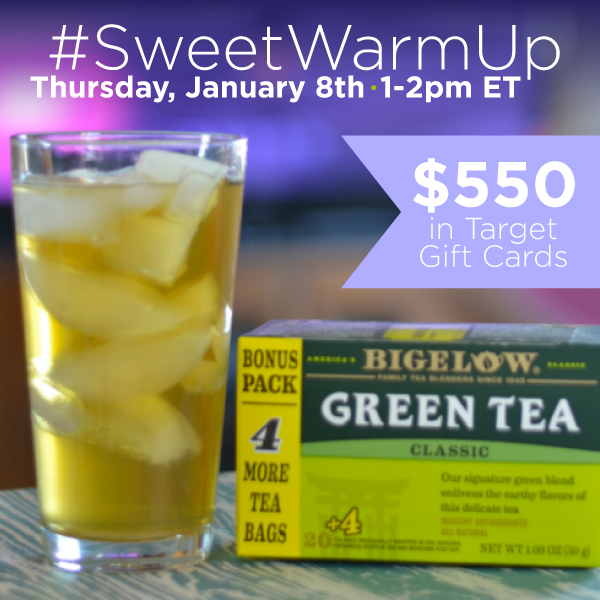 Do you love a good Twitter Party? You know we do and we’re excited to host a party about making sweet changes in 2015! On Thursday, January 8, from 1-2 pm ET please join us for the #SweetWarmUp Twitter Party where we’ll be chatting about switching from high calorie sugary beverages to Bigelow Tea and natural sweetener, and giving you a chance to win prizes!

After all of my holiday indulgences, I’m really ready to start the new year with a few small changes. In my experience, making small changes has a lasting effect. It’s easy to swap out beverages with a zero-calorie sweetener like Truvia to cut some calories without sacrificing taste. It’s a small change I am ready to make! I hope you will join me for this fun Twitter chat! I look forward to “tweet” you there!

TIP: Special deals and brand coupons? Keep that option checked when you RSVP for the party!