The first thing that comes to mind when I think of the Samsung Galaxy Mega is the sheer size of it. The 6.3 inch device is the biggest smartphone ever. I was thrilled when Sprint agreed to send me one of these phones to review. As someone who struggles with the keypad on a smaller phone, I was curious to find out if my typing skills would be improved on this much larger device. I’m not sure why I have so much trouble with a smaller phone. Maybe I have fat thumbs? Regardless, the Mega really peaked my interest and I am excited to share this review with you. 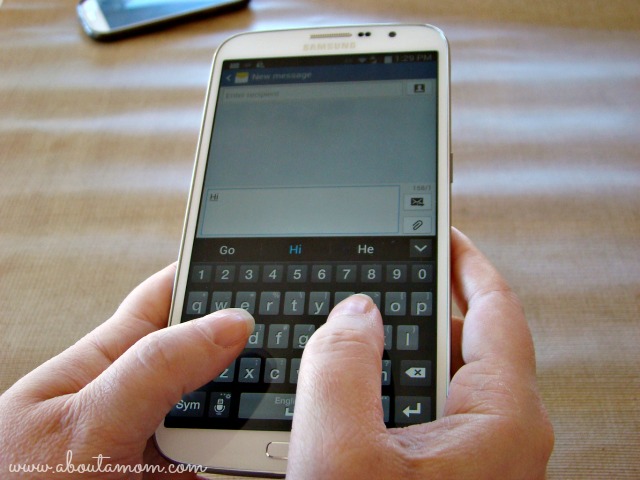 This phone really falls in between the categories of smartphone and tablet. It’s not that much smaller than the popular 7 inch tablets, but is small enough (in most cases) to be used as a day to day smartphone. I love Samsung products, and if you’ve ever owned a Samsung phone or tablet you’ll not be surprised to learn that the Mega delivers on everything you would expect in a modern smartphone.

I thought a side by side comparison with my Samsung Galaxy S3 might be helpful. 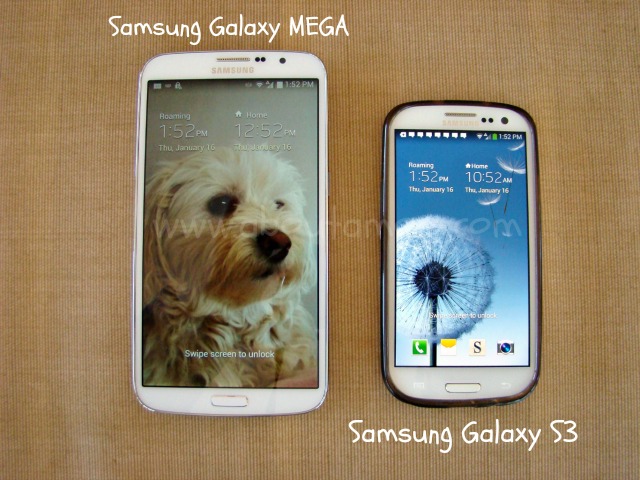 I find it much easier to type on the large Mega keyboard. Also, the size of the display is nice for someone like me who has poor vision.

The specs of the Mega are about equivalent to any midrange smartphone. It has a 1,280 x 720 screen, a dual-core 1.7GHz processor and an 8-megapixel camera. The Mega’s camera can capture 1080p HD video. It’s powered by Android 4.2.2 “Jelly Bean” software, and internal storage is 16GB (which you can augment to 64GB with a microSD card). Given the size of the phone, I was initially concerned that there might be a problem with battery life. But the Mega really surprised me, with a full day’s worth of battery life thanks to the inclusion of a 3,200mAh battery.

Don’t let all of this talk about the large size of this phone scare you off. The Mega feels surprisingly light for it’s size. I can comfortably and securely hold the phone in my average sized hand, but were the phone any larger that would not be the case. Smaller handed people would have problems with this phone. For kids it’s still great to use as a tablet. 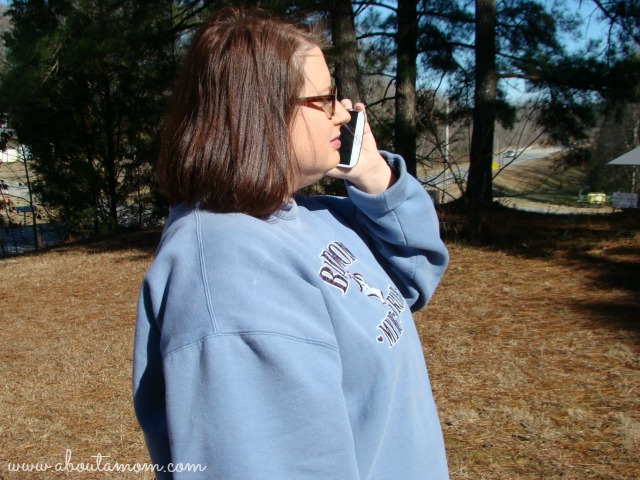 The size and shape of the Mega are really ideal for streaming HD media on the go. The display is also a great size for casual gaming that isn’t too graphics-intensive. If you have kids, the Mega offers an ideal experience for watching cartoons and playing games. Given the choice between a modern 7 inch tablet, or the Galaxy Mega, I think I would be tempted to go for the Mega instead of an Android tablet. The fact that it fills both the need for a tablet and a smartphone is definitely something to consider. The price is right on the Samsung Galaxy Mega. Sprint is currently offering this phone for $199 with a 2 year agreement.

Do you think you would like the Samsung Mega?

Disclosure: No compensation was received for this post. As a Sprint Ambassador, I receive products and services to use throughout the year.