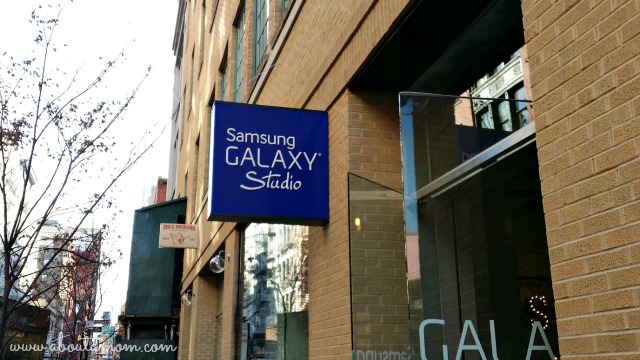 I received products and travel to NYC. All experiences and opinions are my own.

December was an incredible month for me, thanks to a lovely Christmas with my family and my Samsung Galaxy Studio Experience in NYC. Five or six years ago I would have laughed in your face if you told me that Samsung wanted to fly me to NYC to visit the Samsung Galaxy Studio and learn about some of their new products like the Samsung Galaxy Note 3 and Galaxy Gear. You see, I was that mom who didn’t even know how to function the DVD player on her own. That’s one of those things my teenage son was handy for. Something happened a few years ago, probably a combination of curiosity and self empowerment, but I started to really get into technology and gadgets. Fast forward to 2013 and I find myself getting invited to an event put on by technology giant Samsung. 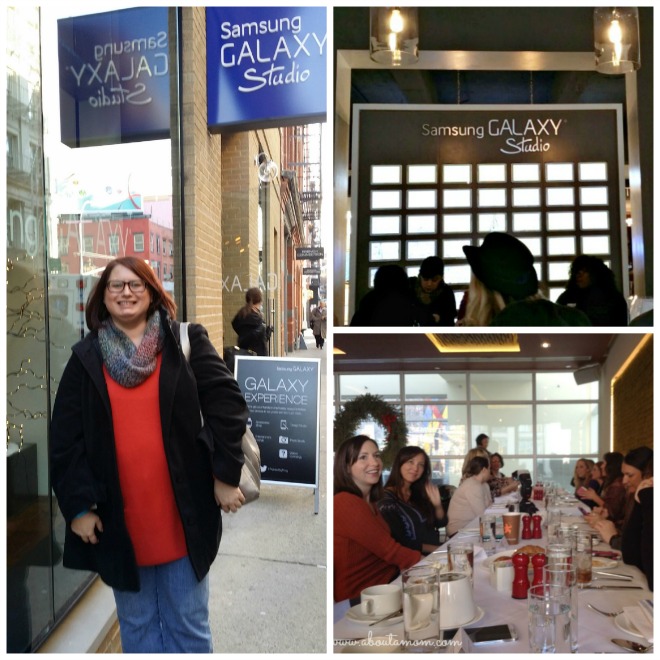 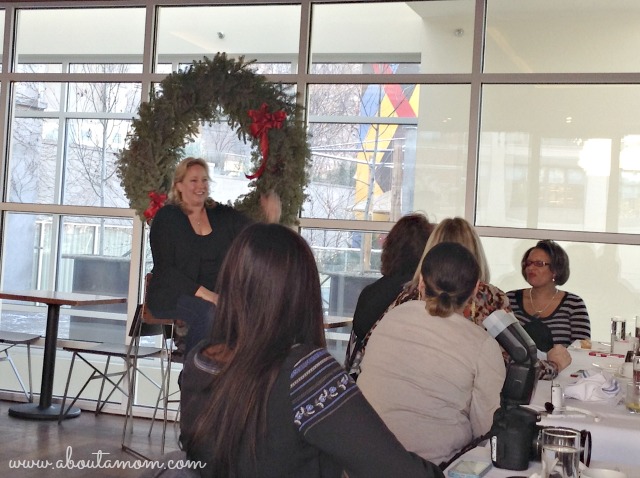 Our Samsung hosts were all so nice and very gracious, although I don’t think they were quite ready for our rowdy bunch. They are used to working with technology writers, not a group of rowdy family, lifestyle, and mom bloggers. I think it was probably a refreshing change of pace for them.

The time we spent in the Samsung Galaxy Studio was pretty awesome. I have to apologize for not having a bunch of pictures to show you. Normally I walk away with hundreds of shots, but this day I was so engrossed in checking out all the amazing new Samsung products that I forgot to snap some pictures. That’s something that doesn’t happen very often, so believe me when I say that Samsung has some pretty cool stuff. 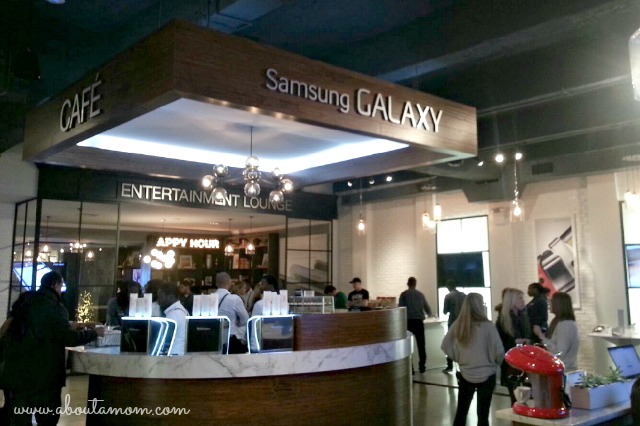 Inside the Samsung Galaxy Studio was a Coffee and Sprinkles cupcake station where you ordered on tablets and they made it for you. You know I took advantage of that! There was also a cafe, and an entertainment area where you could just chill and learn about controlling your TV from a Samsung Phone. In the Design Studio area you could create something like an ornament or a t-shirt, although I never got around to designing mine. The Accessory station/lounge was awesome. They were showing us how to style jewelry and accessories so they look great with the Samsung Galaxy Gear wearable. 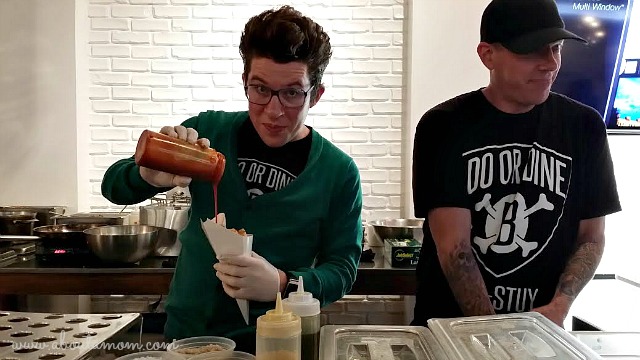 Why yes… that is Justin Warner from Food Network making me some gourmet truffle French fries at the Samsung Galaxy Studio! Justin was one of Samsung’s guests who shared with us how he personally uses Samsung technology personally and professionally. We also heard from National Geographic Photographer, Ira Block, who shared some amazing photography tips and tricks with the Samsung S4 Zoom. I am really trying to implement some of his photography tips. Ira said it is all about the “moments” you capture that make the shot beautiful.

After our time in the Samsung Galaxy Studio, our group of bloggers was treated to a blow out at TriBeCa’s Dry Bar. It was such a nice treat! 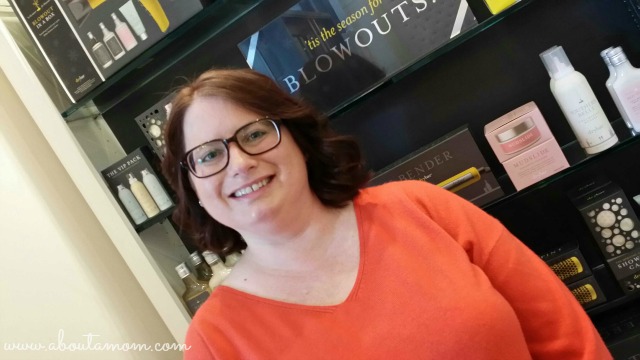 That bit of pampering was awesome, and I absolutely love the beautiful curls that I left with.

Thanks to the generous folks at Samsung, I am very blessed to have walked away from this trip with the new Samsung Galaxy Note 3 and a Galaxy Gear wearable. 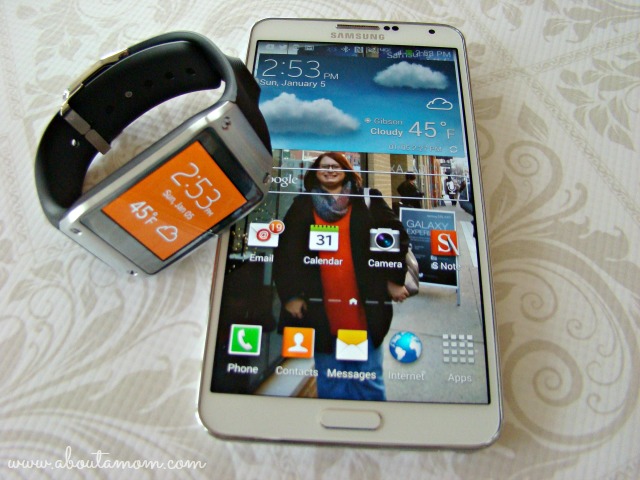 I have been using Samsung smartphones as long as I can remember, and have most recently been using the Samsung Galaxy S3 from Sprint. I have quite a fondness for Samsung products, but I honestly wasn’t prepared for the awesomeness of the Galaxy Gear.

A few things I like about the Samsung Galaxy Note 3…

The size is perfect for someone like myself who is often on the go and has to work from her phone. The large 5.7-inch full HD screen is much appreciated by someone like myself with vision problems. It’s surprisingly still very lightweight. The faux leather backing on the phone is not only fashionable, but also makes it easier to hold onto the device. 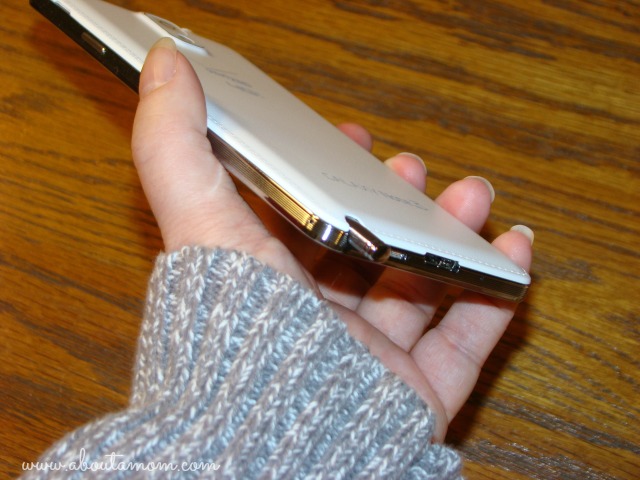 It has an S Pen that is tucked away on the bottom edge of the phone. I have honestly never used a stylus with a smartphone before, but now cannot imagine not having one. It makes note taking a breeze with S Note, an app included on the Note 3. You’ll never have to worry about leaving your grocery list at home, or scrounging in the bottom of your purse for a pen to jot something down. 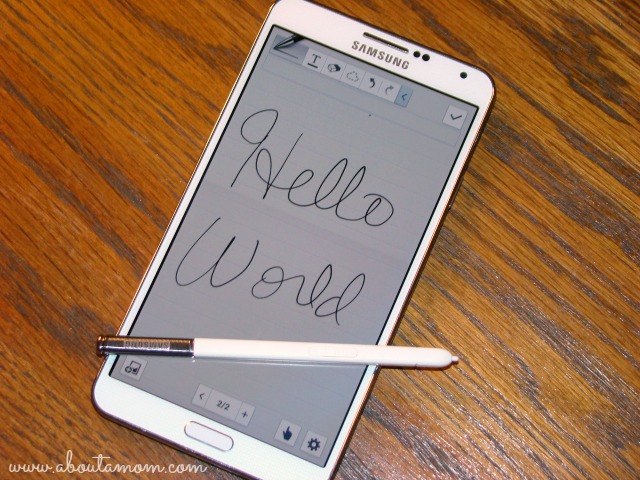 This following image was the first picture taken with my Galaxy Gear. 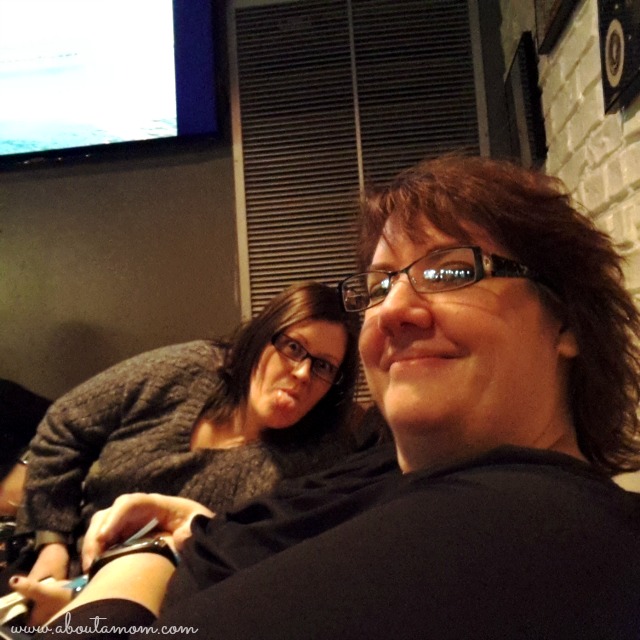 Bloggers are such silly people! This picture was taken with my Galaxy Gear wearable in a dark room. This lovely shot features two of my favorite blogging buddies, Dusty from As Mom Sees It and Robyn from Robyn’s Online World.

I’ve only just begun to discover the wonders of Galaxy Gear. I had to make a conscious effort to stop calling it a watch, because it is SO MUCH MORE than a watch. It’s the ultimate wearable device and the perfect companion to the Note 3. The sleek design and range of colors makes it perfect for both men and women, and something you can wear anywhere. I have to share a little secret with you. Galaxy Gear is a total guy magnet. They are drawn to it, eager to learn more about it. Not that I care about that sort of thing. Pshew!

Galaxy Gear is designed with intuitive technology, helping you to save your focus. Samsung Galaxy Gear lets you stay connected without getting distracted. Keep your phone in your pocket and still receive notification of important calls, email, and social media interactions. Yes indeedy, it tells you when someone mentions you on Twitter or sends you a message on Facebook. The best thing is that you don’t have to take your phone into the bathroom anymore (you know you do that)! You can make calls right from your Galaxy Gear. I was like a kid in a toy store when I made my first call to my Mom from my Galaxy Gear, and was so excited to tell her that I was calling her from my watch (wearable). 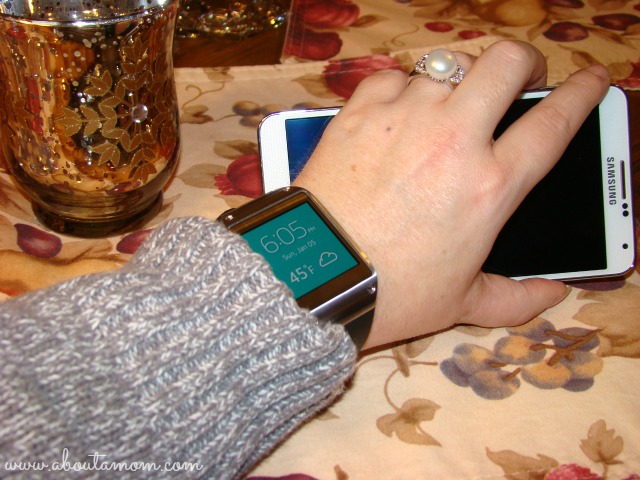 Galaxy Gear has voice recognition, so you can give orders, consult your agenda, dictate and send messages. Also, a pedometer is an included app and sure to be a feature that very popular in the new year. It tracks not only the total number of steps you’ve walked today, but also calculates your total mileage and kcal burned. You can sync this info with the S Health app on your phone at regular intervals. There are also some third-party apps centered on fitness, including MyFitnessPal (my personal favorite), and Runtastic.

Like I mentioned earlier, I’ve only begun to learn the wonders of Galaxy Gear and look forward to sharing more with you soon.

Many thanks for Samsung for such an amazing experience! The Samsung Galaxy Studio was open through December 31, 2013. Fingers crossed that they are open again in 2014!