San Diego is one of the most well-known cities in Southern California. And while it’s a popular place to live, ranking as the seventh most populated city with close to 1.3 million residents, it’s also a big tourist draw. San Diego has plenty of tourist attractions for the entire family as well as plenty of restaurants, shopping malls and stores, and night clubs and bars for the adults. 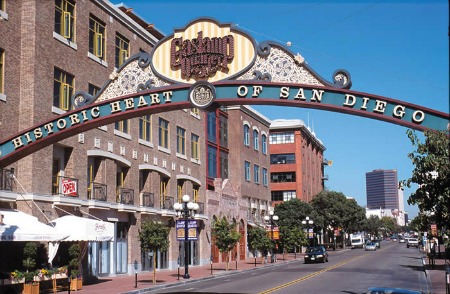 Gaslamp Quarter, Horton Plaza
The area around the W Hotel San Diego is known for its shopping. Historic Gaslamp Quarter is home to numerous festivals and events, including the Street Scene Music Festival, Taste of Gaslamp and Mardi Gras in the Gaslamp. The 16 1/2 block neighborhood is about a block away from PETCO Park, in East Village, where the San Diego Padres play.

But Gaslamp almost crumbled away until an urban renewal effort revitalized the neighborhood in the 1980s and 1990s. Today, Gaslamp is on the National Register of Historic Places. It gets its name from the gas lamps that dot the streets on all blocks. The neighborhood has plenty of places to dine and shop.

But if you’re really looking to hit the stores, then the nearby Horton Plaza is the shopping center to check out. Adjacent to Gaslamp, the Westfield Horton Plaza is a five-level outdoor mall located on 6 1/2 blocks and includes anchor stores Macy’s and Nordstrom.

Beach Fun for Everyone
California has some of the most beautiful beaches in the world. The W Hotel San Diego lies close to a number of those beaches. Some of the major beaches include Black’s Beach, Dylan’s, La Jolla Shores, La Jolla Cove, Marine Street, Mission Bay, Mission Beach, North Pacific, Ocean, Pacific, South Mission, Sunset Cliffs, Torrey Pines and Windansea to name a few. Overall, San Diego has 70 miles of coastline.

For the Kids
San Diego is also famous for its zoo and SeaWorld. SeaWorld has theme park, marine mammal park and oceanarium. The facility is building touch pools where guests can touch small sea animals. It’s set to open in 2014 to commemorate the park’s 50th anniversary. And SeaWorld intends to add an Aquatica park, set to open in the summer of 2013. 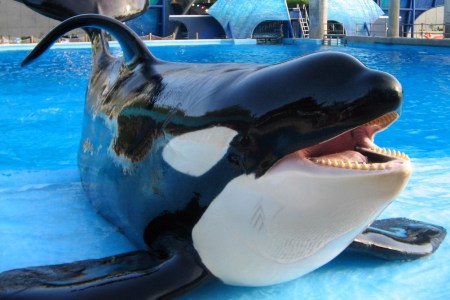 The world-renown San Diego Zoo is less than a 10 minute drive from W Hotel San Diego. The zoo is home to more than 3,700 animals and more than 650 species and subspecies. The zoo is also one of the few that has giant pandas on display.

Fun After Sundown
Of course, San Diego is also home to plenty of bars and nightclubs. Some of the more prominent spots include Latitude Lounge, FLUXX, Tipsy Crow, Side Bar, ALTITUDE Sky Lounge, Café Sevilla, Double Deuce and Belly Up. But if you’re staying at the W Hotel San Diego, then you should check out the Rooftop Bar, an outdoor bar on the roof of the hotel. Check out one of the bar’s five private cabanas, or mingle with the crowd by the bonfire during the nightly Sunset Ritual.