THE LEGO MOVIE WORLD at LEGOLAND Florida Resort recently opened and I had the privilege of being one of the first enthusiastic visitors there on opening day, along with my 10-year-old daughter. I received complimentary admission to facilitate this post. However, all opinions and text are my own.

The opening day celebration kicked off with a warm welcome from Rex Jackson, general manager of LEGOLAND Florida Resort. With much enthusiasm he shared all of the land’s new features, rides and attractions.

Next, was a performance by That Girl Lay Lay (Alaya High). She performed two songs from her latest album, along with her song “Catchy Song” from The LEGO Movie 2: The Second Part. 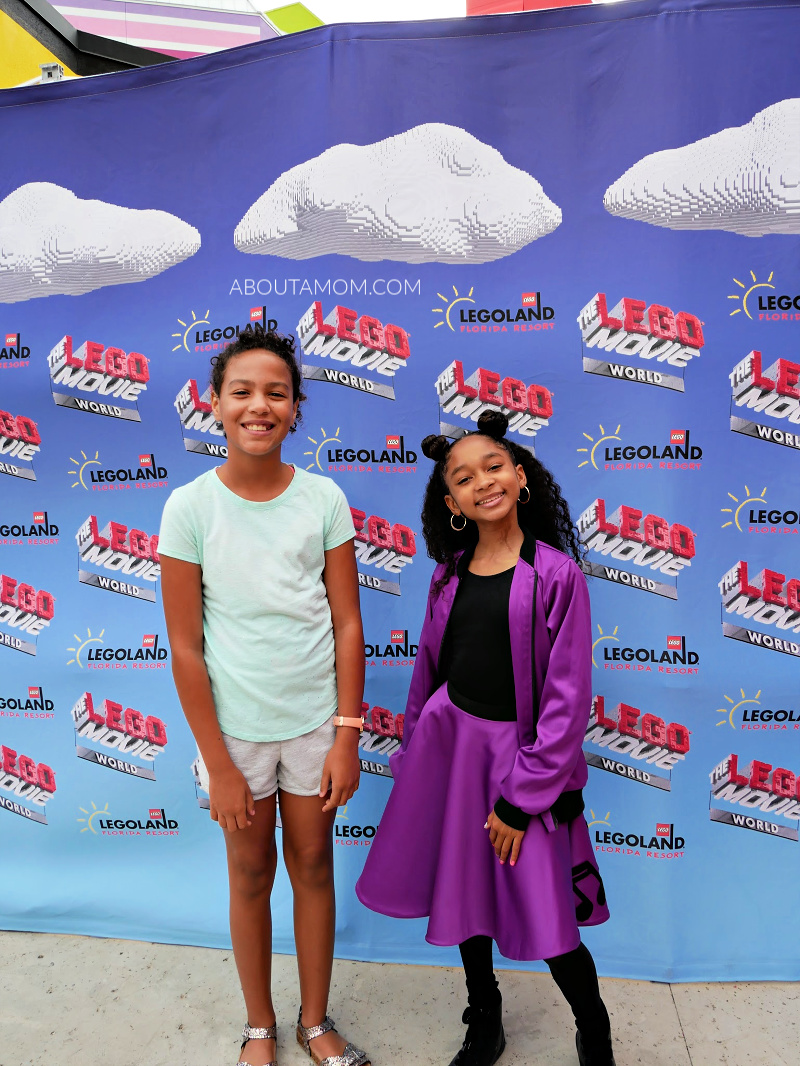 My daughter was so excited to meet her! 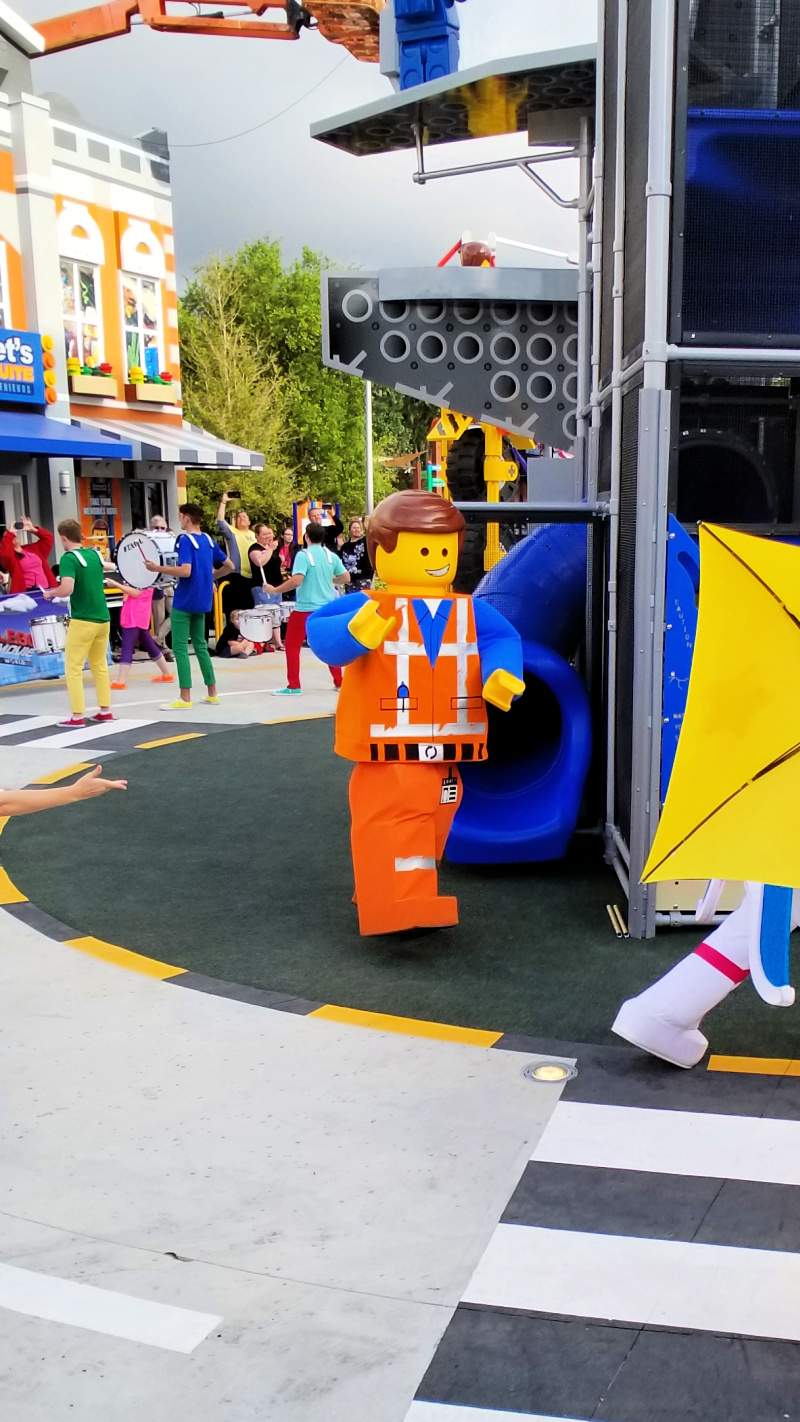 The celebration wrapped up with an exciting parade with appearances by some familiar characters.

Created in partnership with Warner Bros. Consumer Products and LEGO, this recent addition to the resort is the largest expansion in LEGOLAND Florida Resort history. Inspiration for The LEGO MOVIE WORLD comes from – you guessed it – the worldwide blockbuster THE LEGO MOVIE and the just as awesome and cool sequel THE LEGO MOVIE 2: The Second Part. 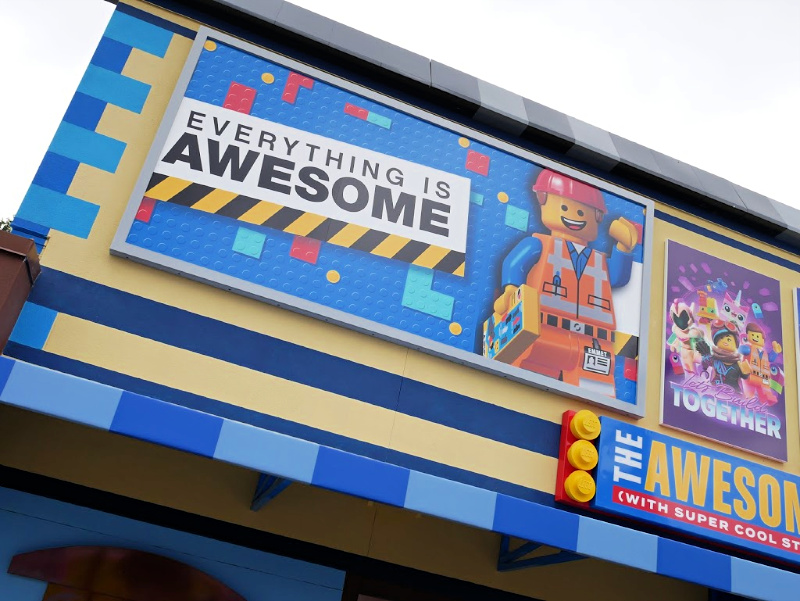 Unikitty’s Disco Drop, one of the highly advertised rides in THE LEGO MOVIE WORLD did not disappoint. Don’t let the adorable Unikitty fool you. The unassuming ride really takes you by surprise. Unikitty’s Disco Drop is thrilling, and is sure to leave you giggling and gasping, and perhaps even kissing the ground when you get off. 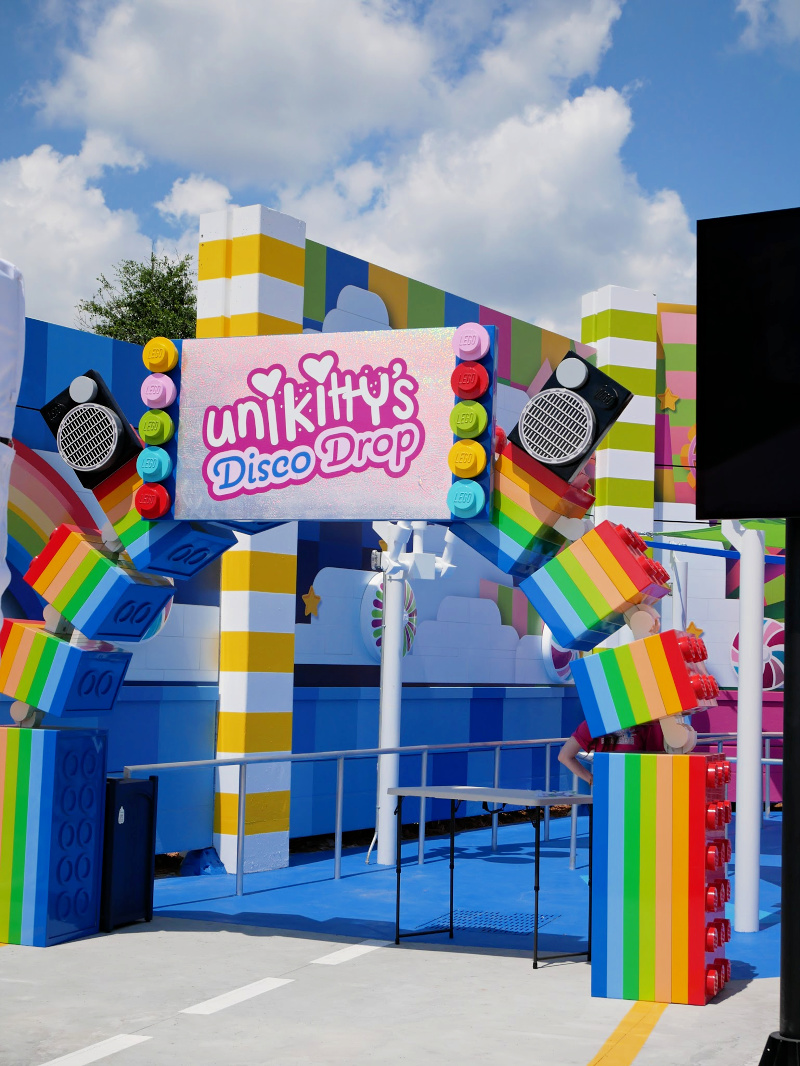 The ride takes guests through a rainbow-filled journey based on Unikitty and her many moods. Once on the ride, you will swoop to the tiptop of Cloud Cuckoo Land, then drop, spin and bounce back down to earth in sync with Unikitty’s wide range of emotions. 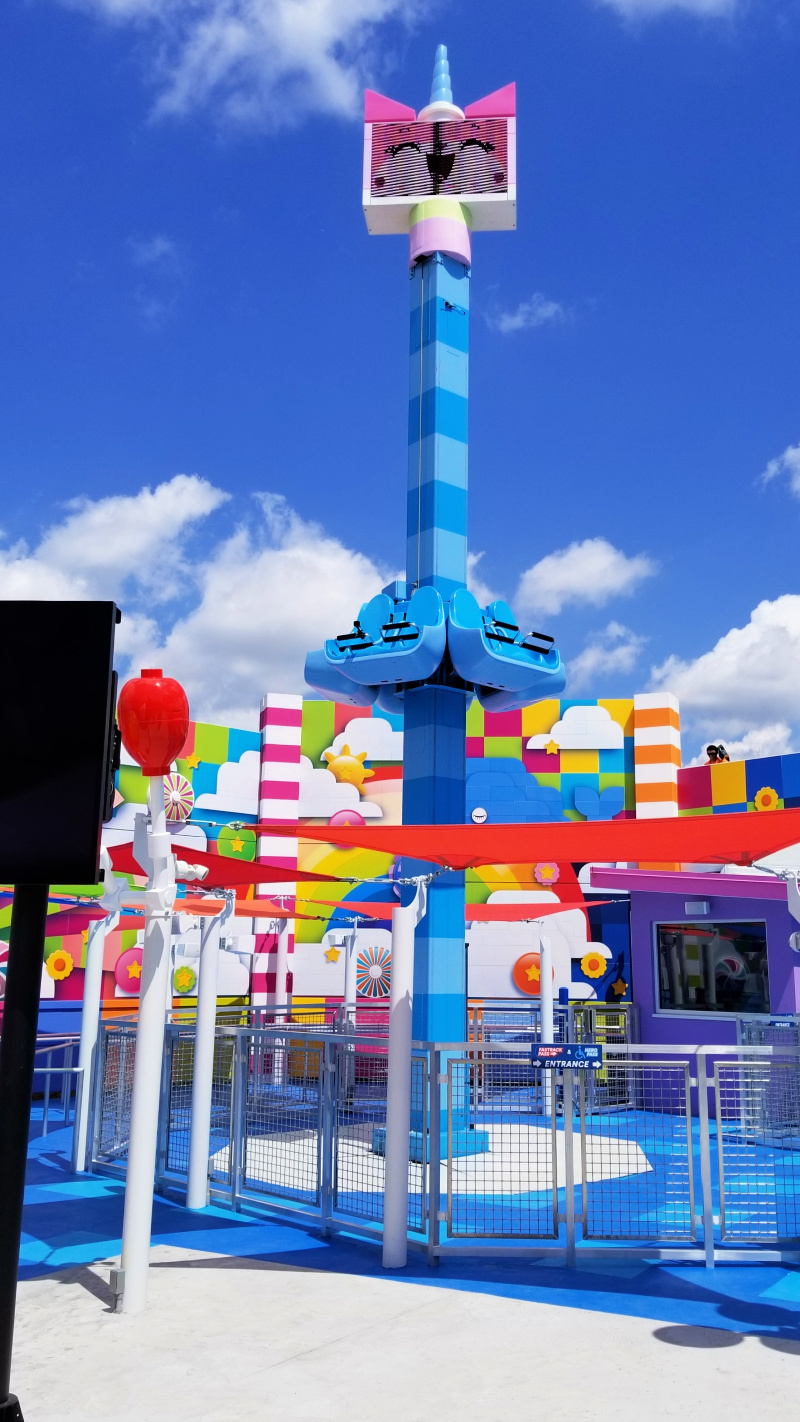 THE LEGO MOVIE Masters of Flight

THE LEGO MOVIE Masters of Flight is a first-of-its-kind attraction taking guests on a suspended ride aboard Emmet’s Triple Decker Couch surrounded by a full-dome virtual screen, giving the sensational feeling of flying through a world created completely from LEGO bricks.

I wasn’t allowed to take any pictures on this ride, so you’ll have to trust me on this one. This ride is awesome, and something you don’t want to miss. 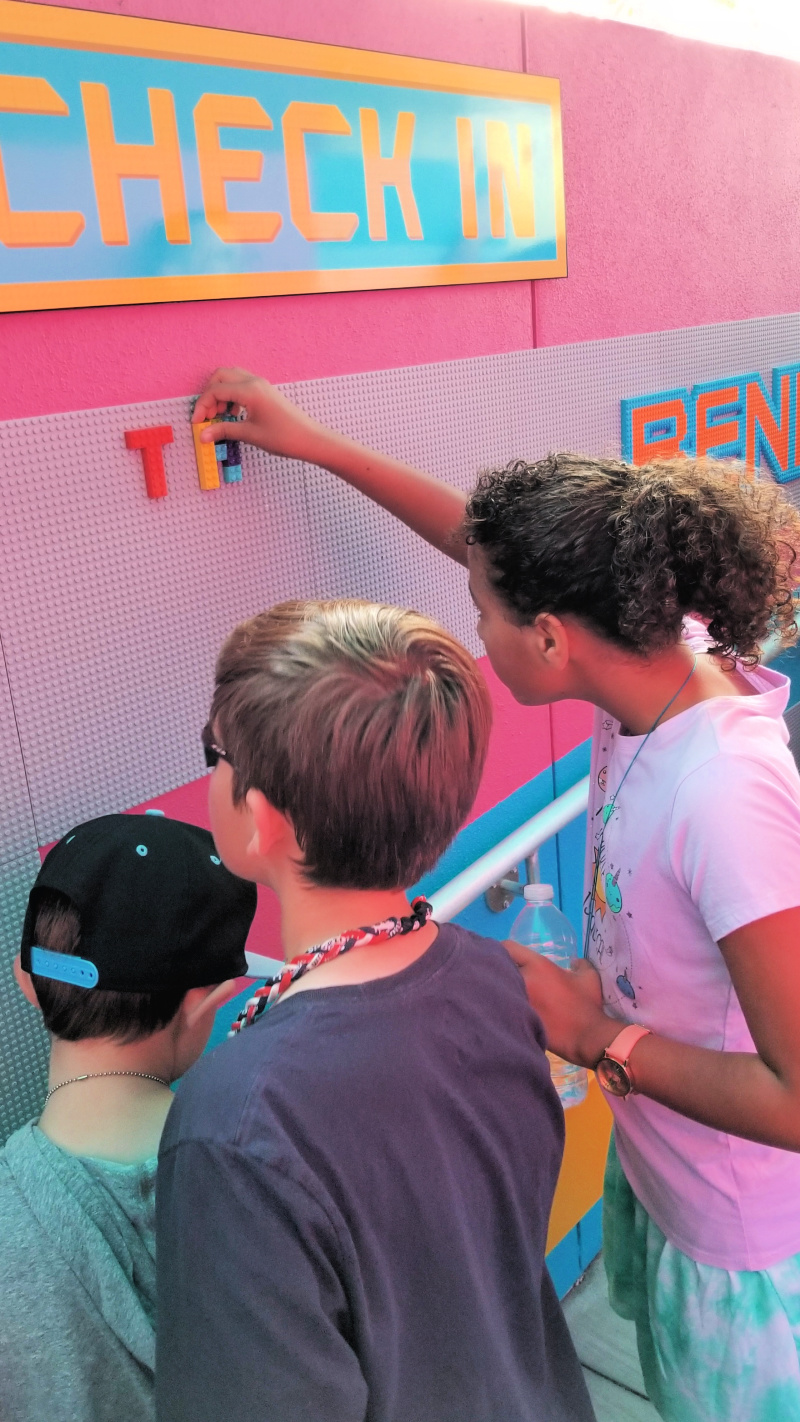 Due to it’s popularity, I would hit this ride as soon as you arrive. If there is a line, there is plenty to keep kids busy while you wait. As a parent, I appreciate the thought that went into this.

Masters of Flight gives you the sensation of flying through a world created completely from LEGO bricks, and is the first ride in the world to embed a 180-degree turn in the ride experience. It’s really quite spectacular and an experience you won’t soon forget. 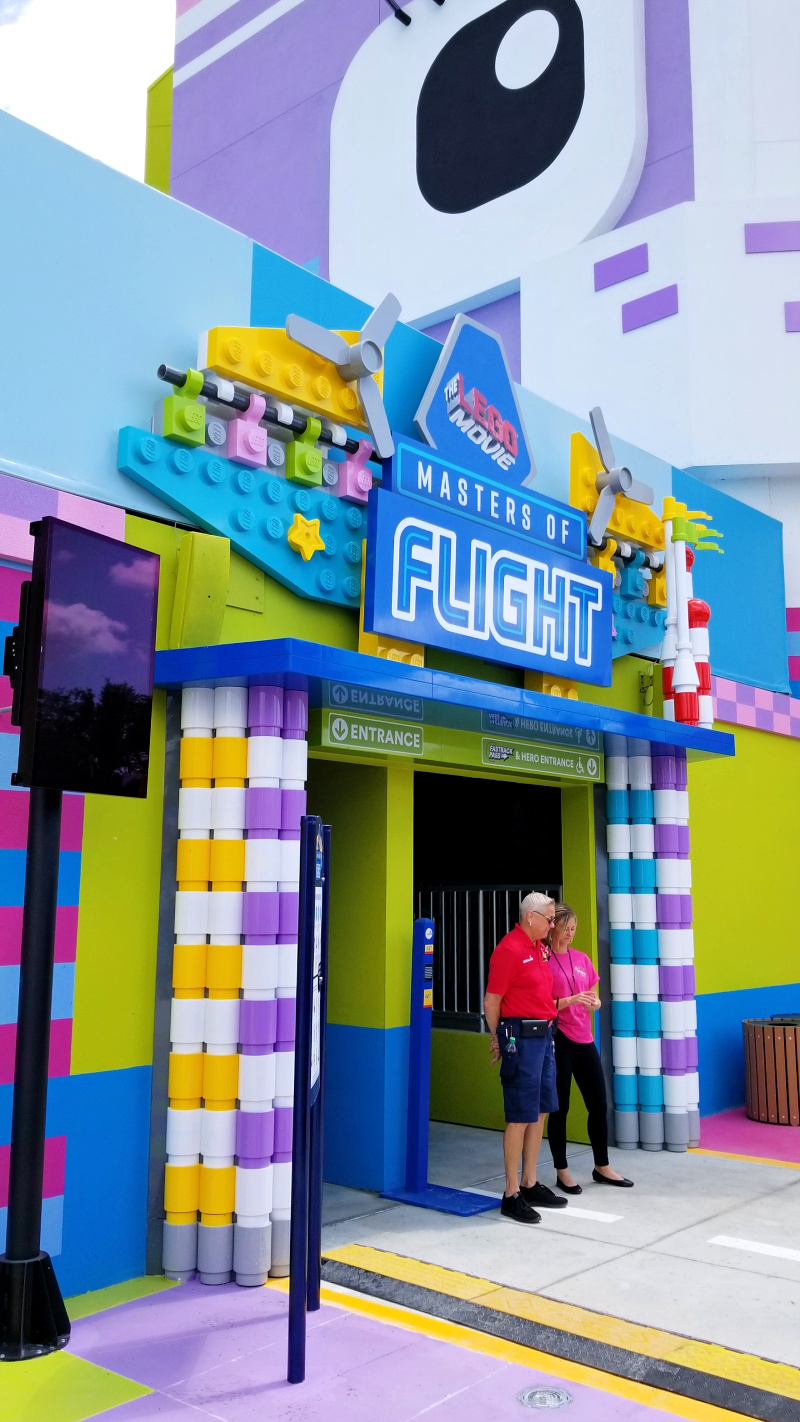 Battle of Bricksburg is the only water ride at LEGOLAND Florida Resort. Riders are challenged to stop DUPLO aliens from invading and stealing LEGO bricks by spraying water at targets from their boats. 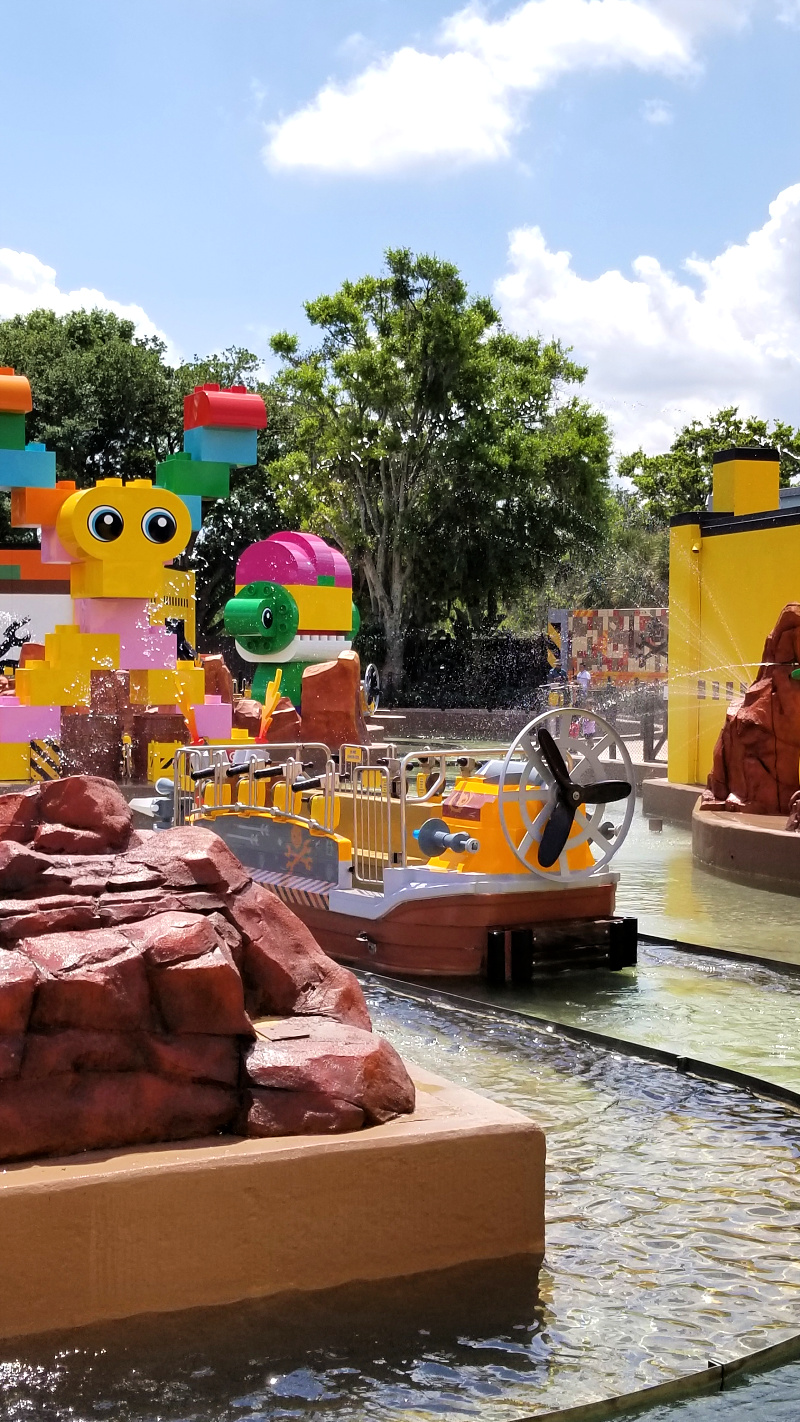 Battle of Bricksburg is my daughters new favorite ride at LEGOLAND Florida Resort. She rode this ride over and over again. 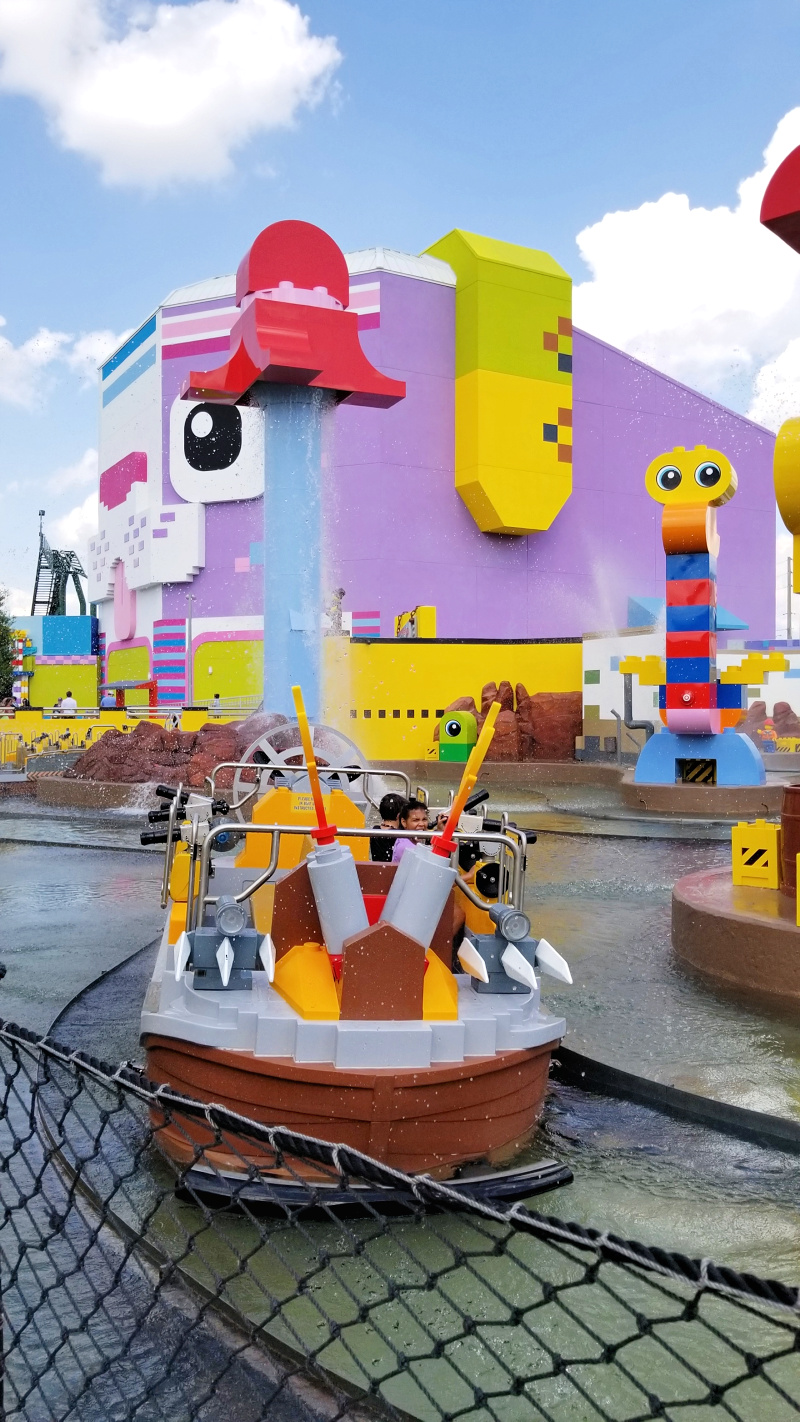 The riders aren’t the only ones who can enjoy playing in the water. Outside of the ride are water cannons for guests to spray and help the riders save the day. 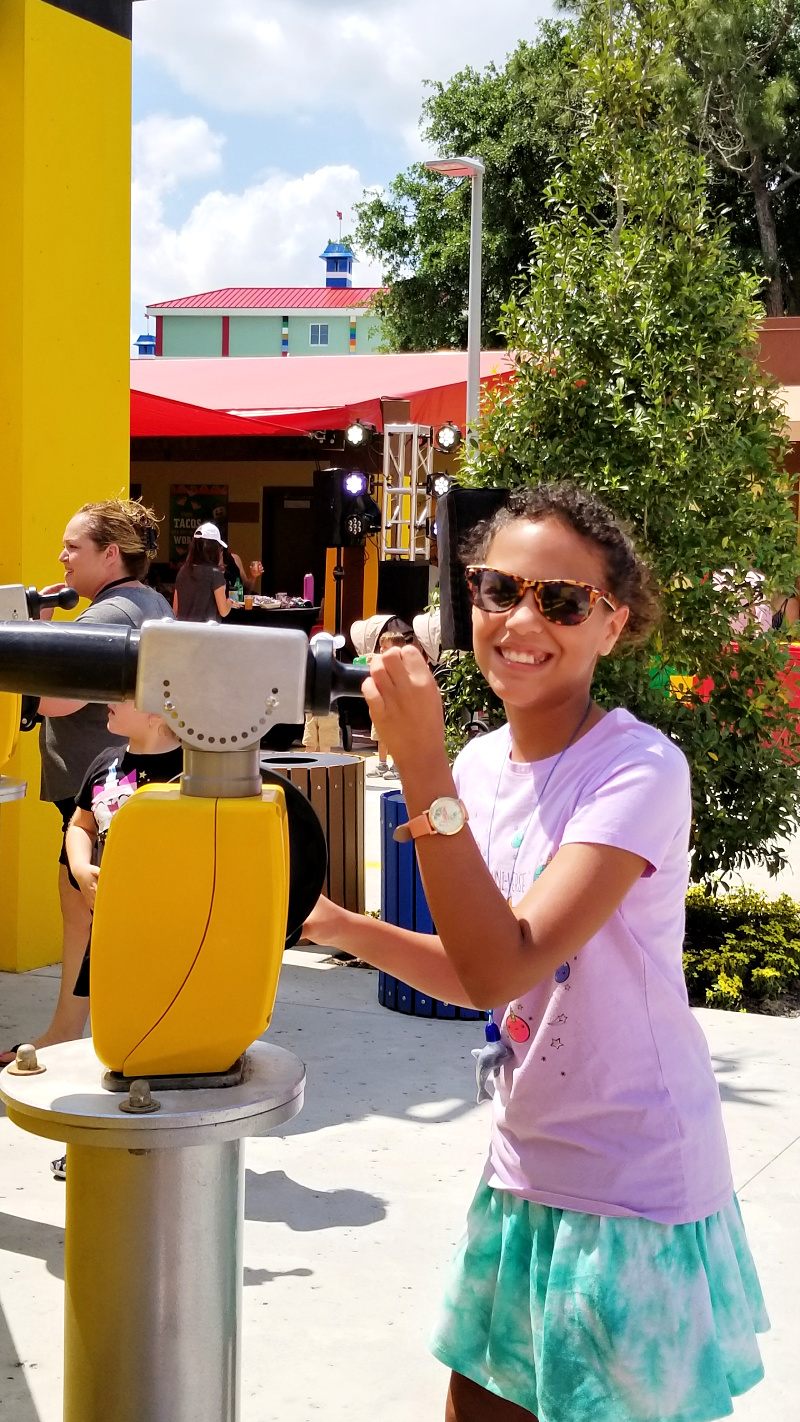 We “might” have used the water cannons to spray the other kids when they went by… but I promise you they LOVED it.

Right in the middle of THE LEGO MOVIE WORLD is a terrific play area, where mom and can sit for a spell while the kids burn off some steam. Benny’s Spaceship is a crazy, tall play place for kids to climb up to the top of the spaceship and then slide down. Over and over again. 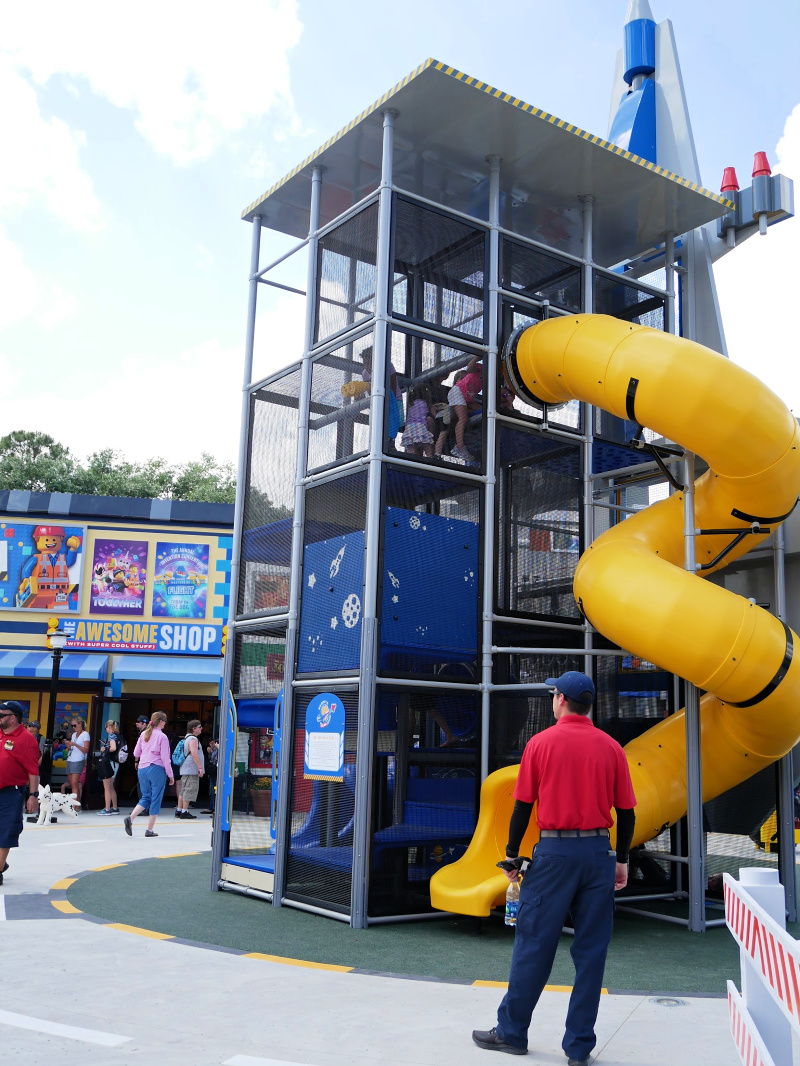 Once you’ve worked up an appetite, be sure to stop by Taco Everyday for some tacos or a sweet treat. Your taste buds will thank you! 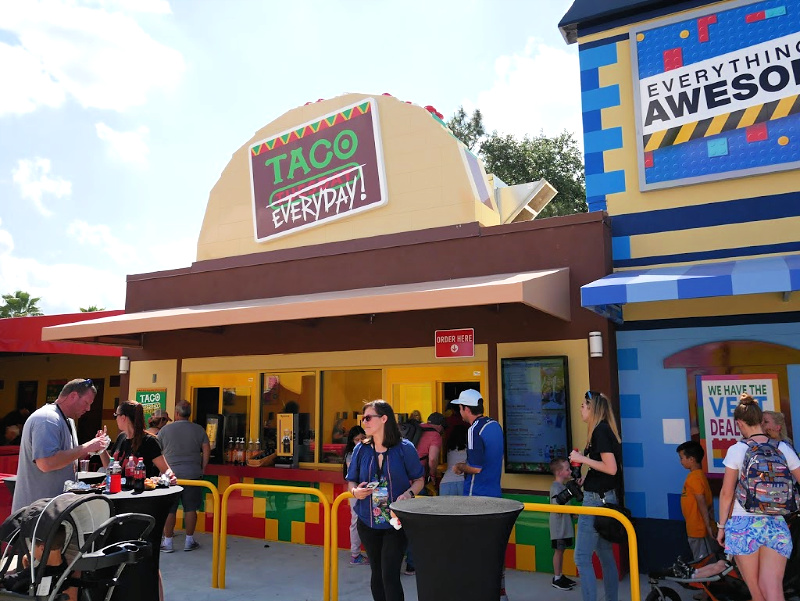 Tacos aren’t just for Tuesday anymore. You can enjoy them seven days a week at Taco Everyday. I tried the chicken tacos and they were delicious, and much better than your standard theme park fare. 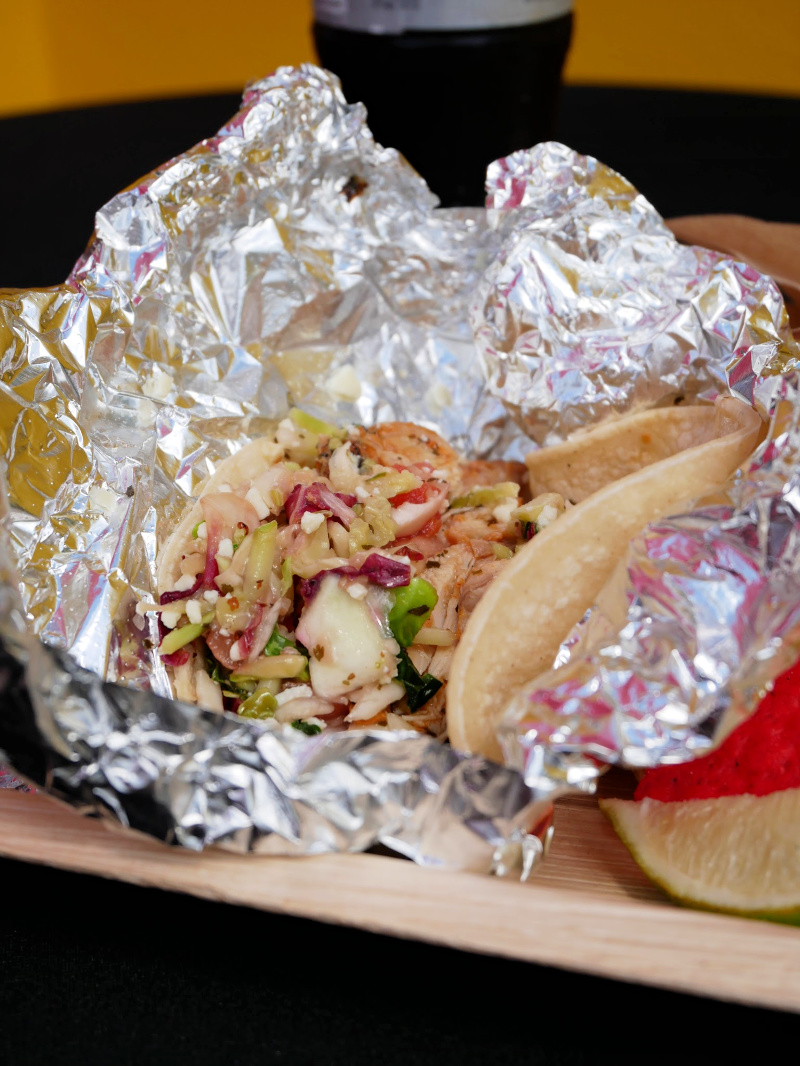 This colorful new land is inspired by the characters and adventures from THE LEGO MOVIE films. It’s really quite special, and a must-do if you find yourself in Central Florida. LEGOLAND Florida Resort is just a short ride from both Orlando and Tampa.

Are you ready to check out THE LEGO MOVIE WORLD for yourself? Learn more and get your LEGOLAND Florida tickets! 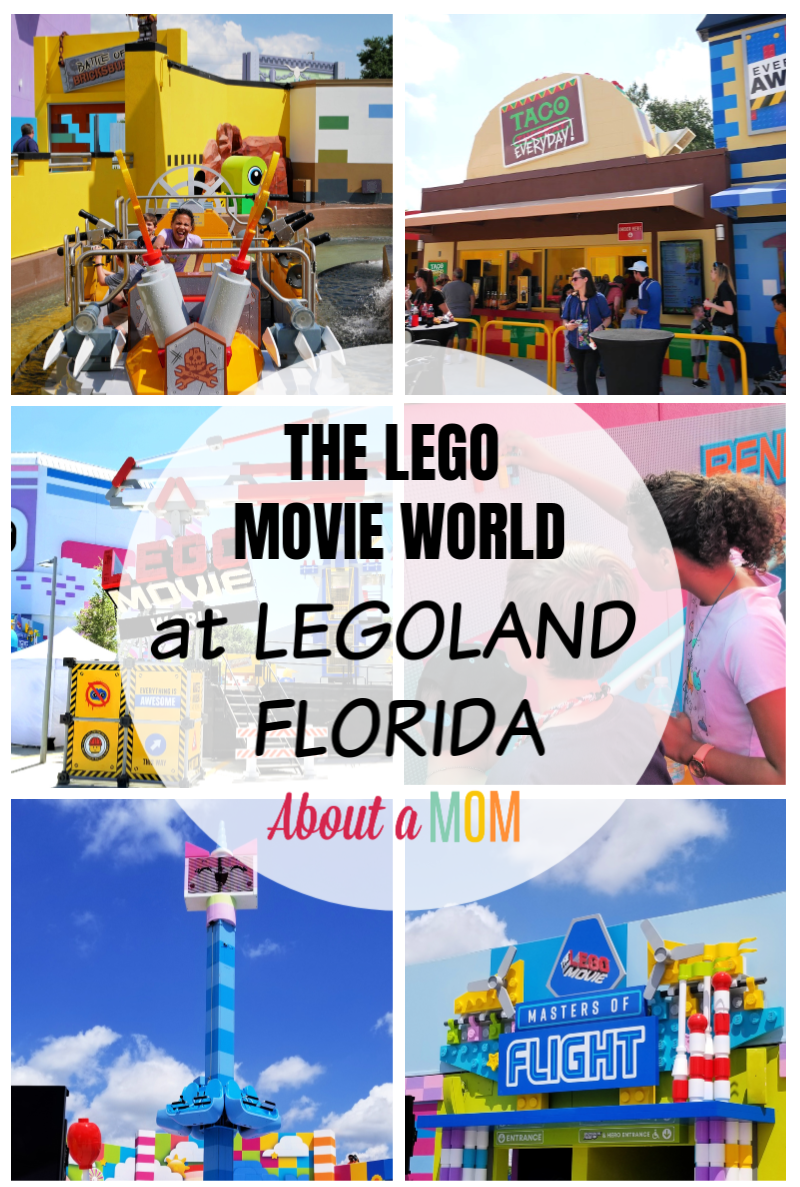