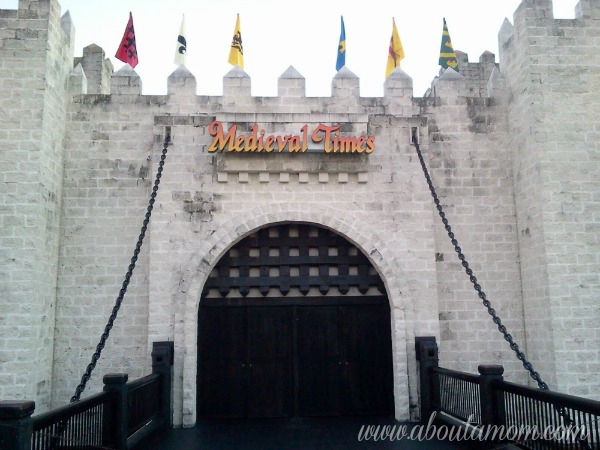 I recently had the chance to visit Medieval Times Dinner and Tournament in Orlando, along with my mom and sister. It was such a fun way for us to get a little silly and enjoy a delicious meal, along with a spectacular show. Mom and I had never been, and my sister who often goes with her husband and son, kept telling us how great it is. So when mom and I headed to Kissimmee last month, Medieval Times was at the top of our list of things to do. 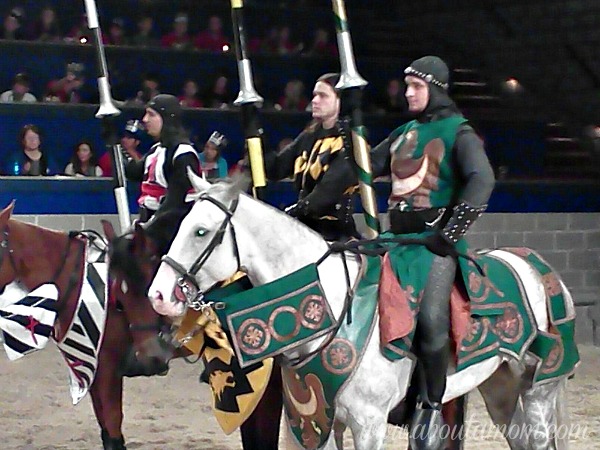 Our gracious hosts for the evening were King Carlos and Princess Catalina, inside an 11th century style castle. The Bill of Fare (dinner) was delicious, and befitting of royalty, including: Creamy Tomato Bisque Soup, Garlic Bread, Roasted Chicken, Spare Rib, Herb Basted Potato and Pastry of the Castle. The meal was served by Serfs and Wenches who made sure that we had everything we needed throughout the show. 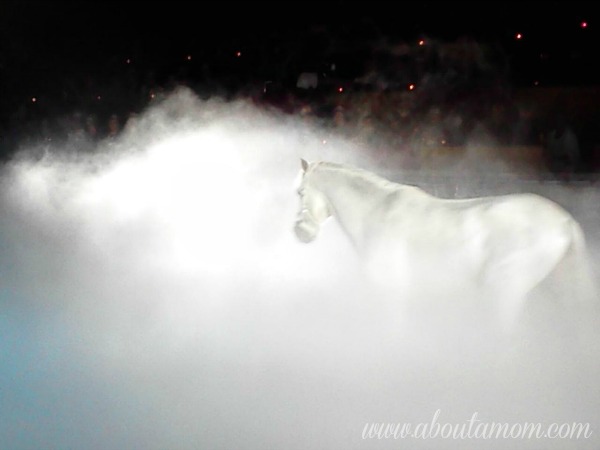 Although the meal was hearty and delicious, the real excitement of the night came from the show. It was an authentic Medieval Tournament, complete with valiant Knights on horseback and fierce competition. Guests are divided into teams, based on where they are seated. We were on the yellow team, and throughout the games waved our yellow flags, cheering for the Yellow Knight. We cheered as he jousted, shot arrows, and competed in other tournament games. Although he didn’t win the tournament, he was very brave and kinda cute. 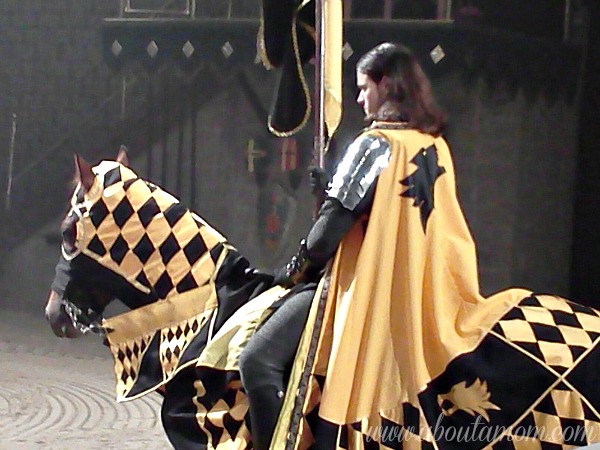 We had so much fun at the Medieval Times Dinner and Tournament in Kissimmee. It would be a great outing for the whole family, and we’re hoping to make it to the show nearby in Atlanta very soon.

Have you been to Medieval Times?

Disclosure: We received complimentary tickets to the show. However, all thoughts are my own.