TRANSFORMERS: the Ride - 3D Opens at Universal Studios Orlando - About a Mom ↑ 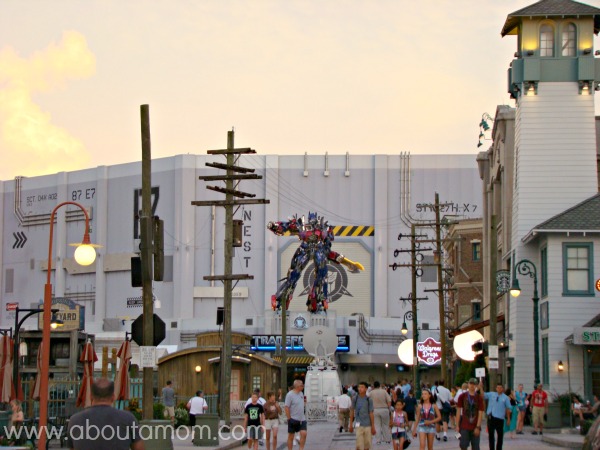 Megatron and the Decepticons have moved in on Orlando… we must prepare for battle! The highly anticipated blockbuster attraction TRANSFORMERS: The Ride – 3D officially opened on Thursday, June 20, 2013, at Universal Orlando and I was lucky enough to be there for all the excitement and action. The exciting two day media event I attended was like nothing I have experienced before. In attendance for the grand opening event were Steven Spielberg, the executive producer of the “Transformers” films, and Glenn Morshower in character as “General Morshower”. 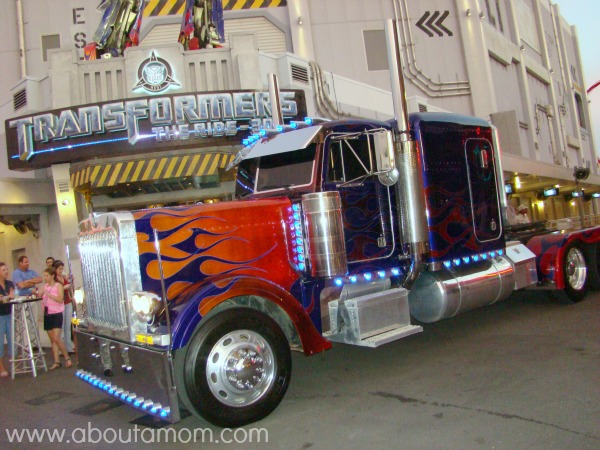 TRANSFORMERS: The Ride – 3D is a mind-blowing, action-packed ride that you have to see to believe. It’s an experience that pushes the limits of technology to place guests in the middle of a larger-than-life battle between the Autobots and the Decepticons – including Optimus Prime, Megatron, Bumblebee and Starscream. The ride was created under license from Hasbro, Inc. and is based on its iconic TRANSFORMERS brand.

The battle begins when guests enter the NEST facility – the headquarters for the government operation that partners with the Autobots to protect Earth from the Decepticons. While inside, they are recruited as freedom fighters to help protect the AllSpark – a powerful energy source that would allow the Decepticons to destroy the planet. Guests board EVAC – an Autobot created exclusively for the attraction – to transport the AllSpark to safety.

Beware… the Decepticons are in close pursuit!

You will come face to face with Megatron. You will dodge explosions and attacks by the Decepticons. You will fight to save mankind alongside Optimus Prime and the Autobots. It will be the greatest battle you’ll ever ride.

“We broke the mold and have taken this ride to a new technological level in terms of blending seamless 3D,” said Michael Bay, director of the “TRANSFORMERS” films.

Universal worked closely with Michael Bay, the award-winning director of the “TRANSFORMERS” film series and the ride’s creative consultant, to create an authentic experience that brings the non-stop action of the films to life. The attraction combines the larger-than-life TRANSFORMERS characters and an exciting storyline with life-like HD CGI media, state-of-the-art 3-D technology, flight simulator technology, wind, heat and smoke and amazing special effects to make riders feel immersed in the experience and place them right in the middle of an epic battle between good and evil. 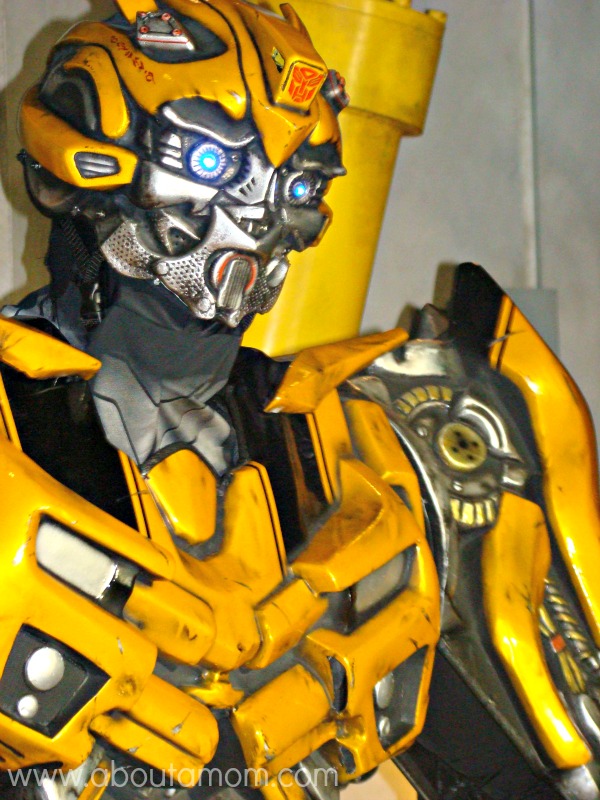 You never know who you will run into at Universal Orlando — Bumblebee.

Restrictions, Access and Features
The ride has a 40 inch height requirement, offers Express Pass access and a single rider line. Riders wear breakthrough 3D glasses. The ride houses 14 custom built screens towering up to 60 feet tall and riders race along 2000 feet of ride track at perceived speeds of up to 60 mph. During the ride you’ll come in contact with 15 different Autobots and Decepticons.

My Thoughts
I had opportunity to ride the new attraction twice earlier this week. After going on other fantastic simulated rides like The Simpsons Ride, I was still wildly impressed by TRANSFORMERS the ride. It was an intense battle and at times I found myself bracing for impact and dodging pieces of flying shrapnel. I suffer mildly from motion sickness and was still able to tolerate this ride. The vehicle you ride in provides a ground beneath your feet and side enclosures – I think this helped me to feel safe on the ride. The ride was exciting, exhilarating, and intense. You don’t have to be a fan of Transformers to enjoy this one.

I know you mamas out there are wondering if you should take your kids on this ride. The ride has a 40 inch height restriction and is safe for young riders. I only caution you if your child is easily over stimulated, because there is a lot going on and the 3D effects make this experience feel very real. I would recommend watching some of the “Transformers” movies to familiarize your kids with the characters, before going on this ride.