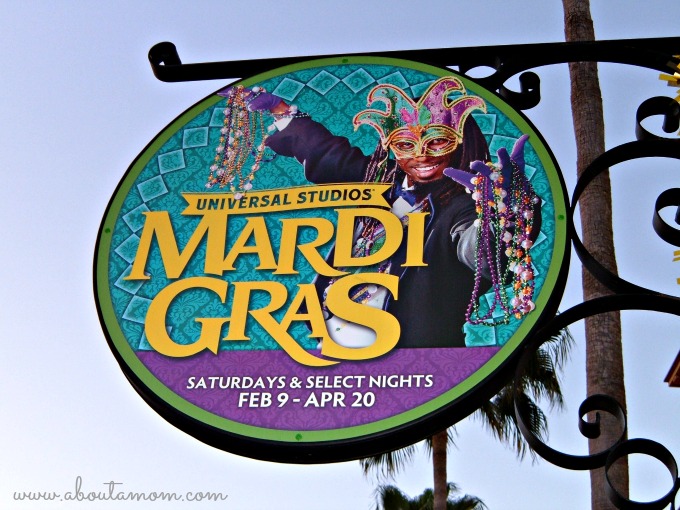 During the media event we had an opportunity to ride some of Universal Studios best family-friendly rides including: Woody Woodpeckers Nuthouse Roller Coaster and the new Despicable Me Minion Mayhem. The Woody Woodpeckers Nuthouse Roller Coaster is a kid-sized roller coaster that has enough twists and turns to be fun for the entire family. Despicable Me Minion Mayhem is a 3D ride with the adventure starting in Gru’s home, where you’re recruited for his latest scheme – one where you’ll become an actual minion. The 3D and special effects on this ride were so amazing and some of the most fun we’ve ever had. 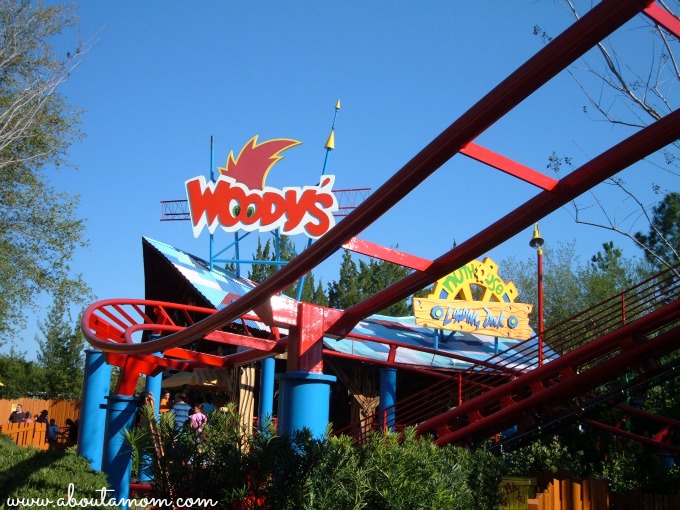 My sister Rachael and I were like little kids when it came to meeting park characters. 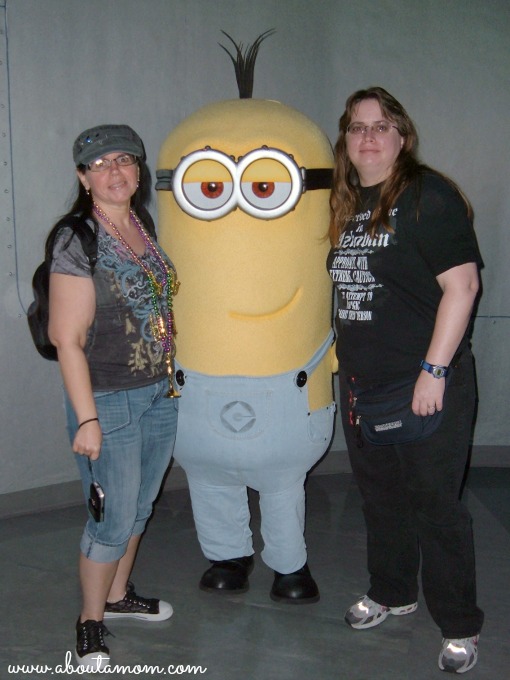 I just thought this was a really cool pic! 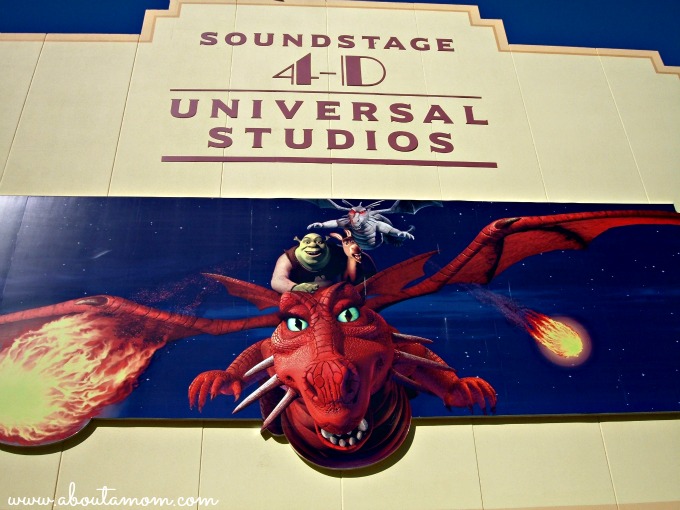 Universal Studios went all out for Mardi Gras, with an authentic French Quarter. There was live music and traditional Cajun foods such as Jambalaya and Gumbo. Everything we ate was so delicious, and we really enjoyed seeing all the people dressed in beautiful Mardi Gras costumes.

I think my husband David was enjoying this a little too much. hehe 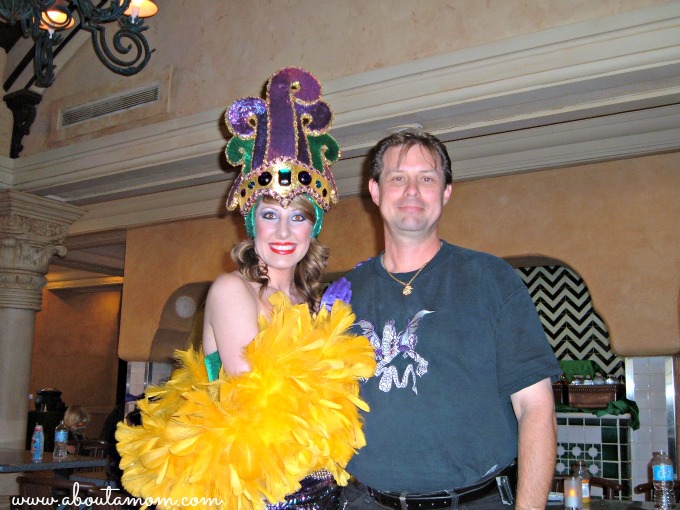 Within minutes of arriving, Rachael was already getting beaded up. 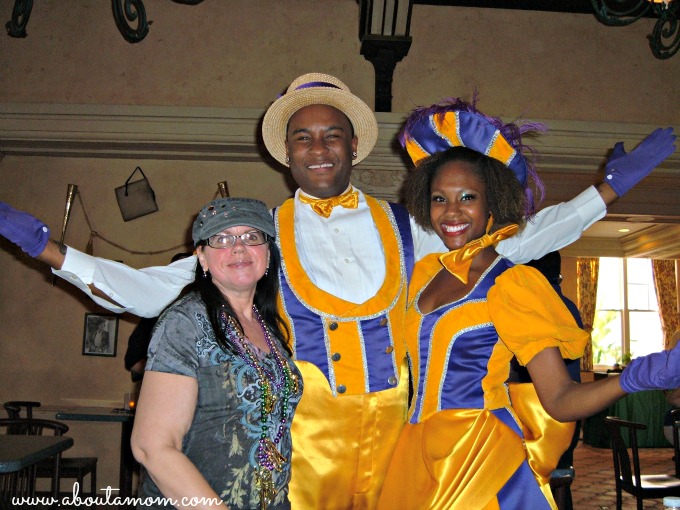 There were face painting artists who were nice enough to give David this cool dragon on his face. 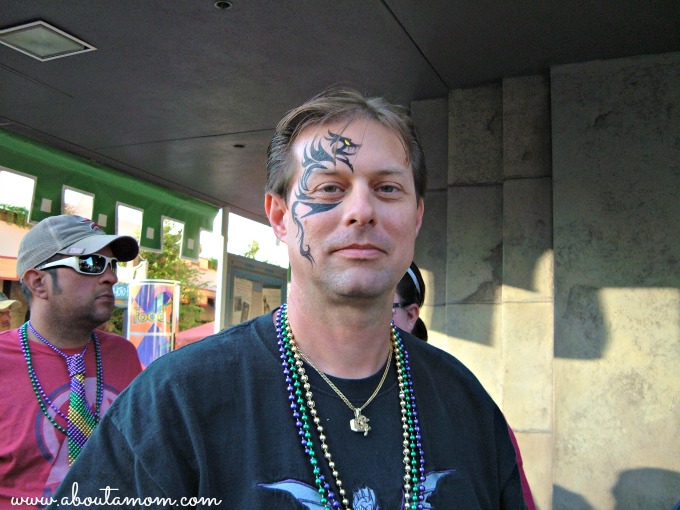 I couldn’t resist getting a smurf painted on my arm. I love smurfs! 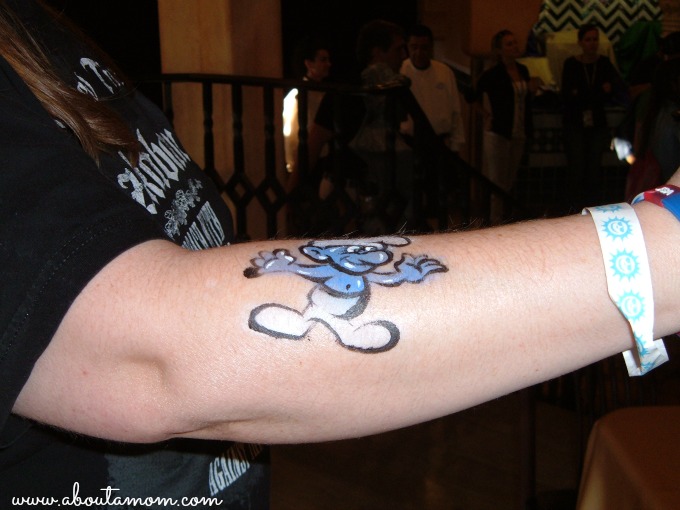 The highlight of Mardi Gras at Universal Studios was definitely the parade which happened just after the sun set. It was truly spectacular! The floats were made by the same people who make the Mardi Gras floats in New Orleans, and they were like nothing I have ever seen. The attention to detail was incredible.  All of the street performers were amazing, and everywhere we looked people were grabbing beads by the handful. If you’re worried about having your kids in the middle of all the action, there is the Little Jester’s Parade Viewing Area that is designated just for them. 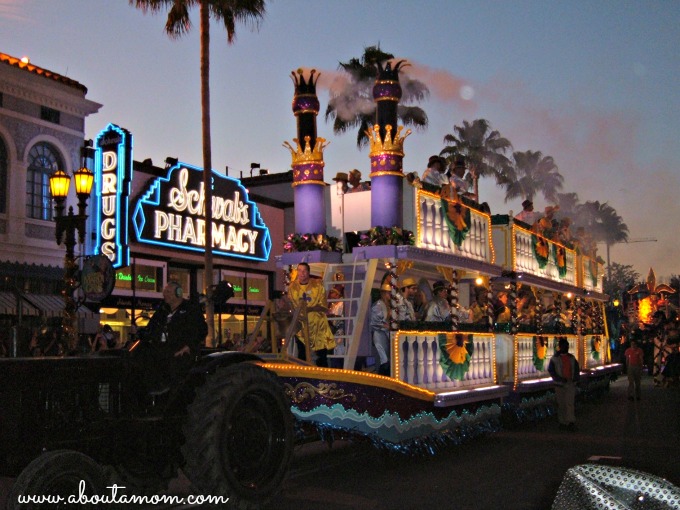 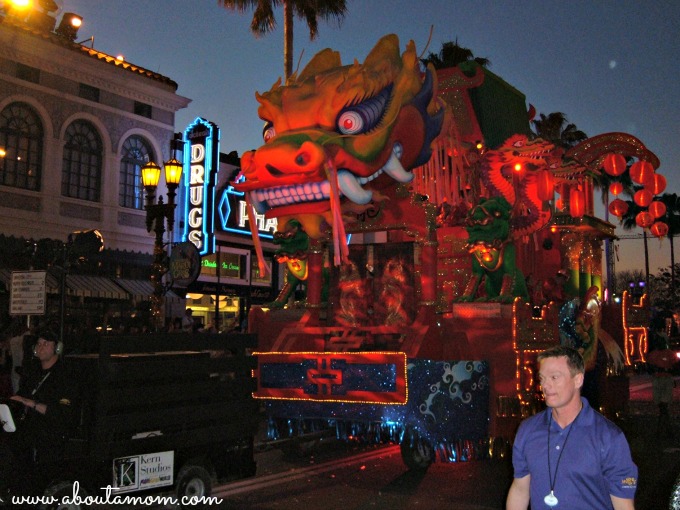 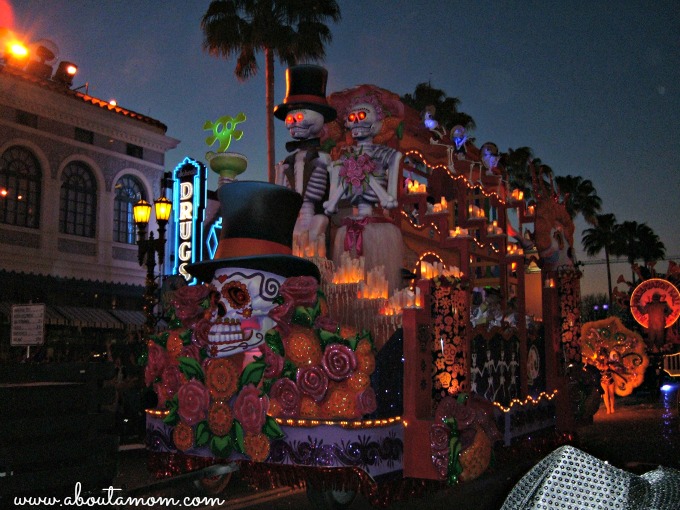 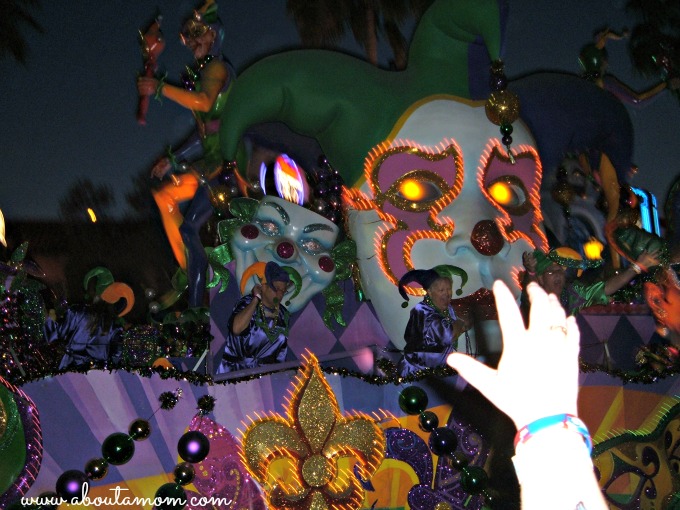 There was even more excitement after the parade. We happened to be there on a night when the band Matchbox Twenty was doing a concert. Does it get any better than that? The band was really great. My sister is a huge Matchbox Twenty fan and was so excited. The music never stops  – 14 of music’s biggest names will be live in concert on the Universal Music Plaza Stage during the Mardi Gras celebration.

As you can see from the pics below, Mardi Gras at Universal Studios was quite a party. 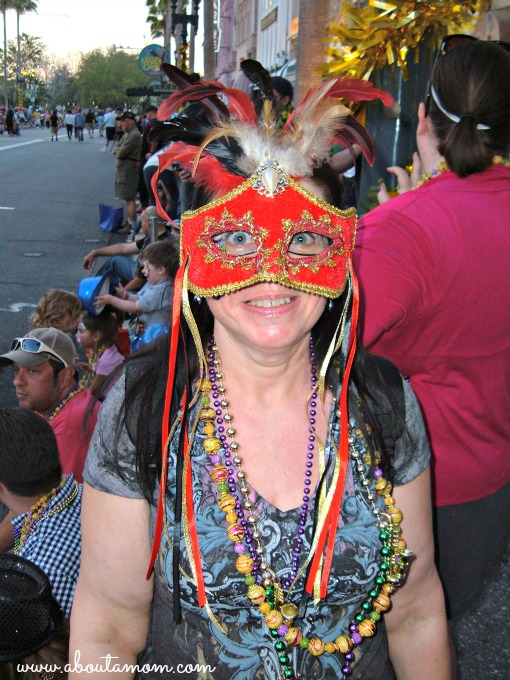 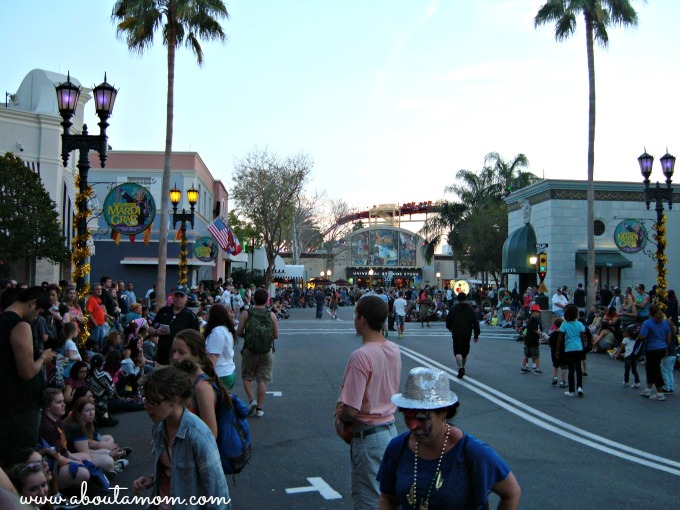 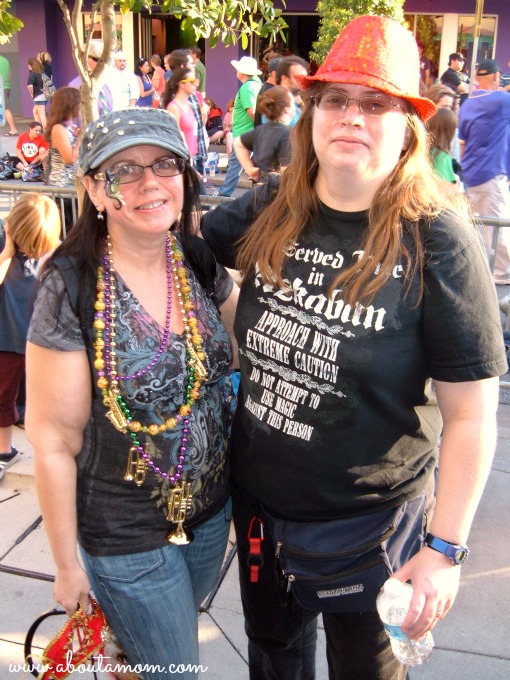 Universal Studios Mardi Gras runs on Saturdays and select nights through April 20, 2013. If you’re in the Orlando area or planning your next trip to Florida, it’s a celebration you don’t want to miss. We had a blast!

We attended Mardi Gras as part of a media event.