Last week I called my brother up and challenged him to a Walmart Steak Grill-Off competition, then minutes later I realized what a grave mistake I had made. He’s very well known in these parts for his grilling abilities, and me – well lets just say not so much. After the challenge was accepted, I got busy searching the web for marinades and recipes that would compliment the Walmart USDA Choice Premium Beef we would be grilling. I found a really great marinade with a 5 star rating and was feeling prepared. 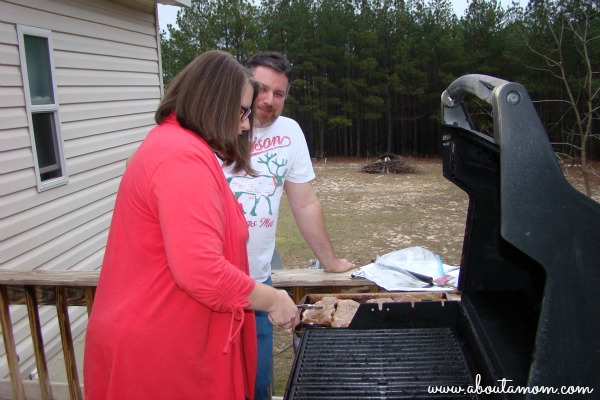 Then I heard from my sister-in-law that my brother was making practice steaks the night before our grill-off. Practice steaks? Seriously? What on earth had I gotten myself into! But still I was feeling pretty confident about my recipe, and the steaks New York Strip steaks I picked up from Walmart were looking pretty delicious – and you know I kept the better steaks for myself. A girl’s gotta get an edge somehow. 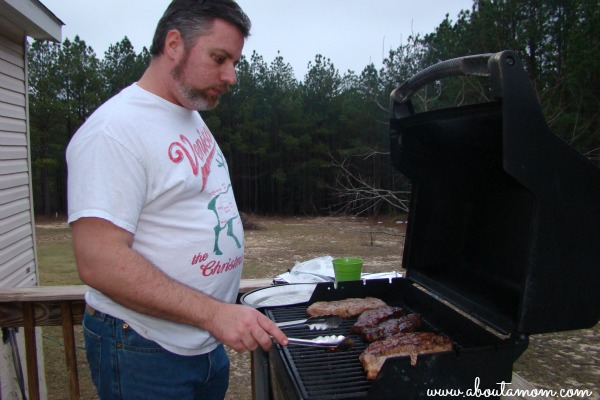 This past Saturday was the day of our challenge, and it was also my nephew’s birthday party. There were plenty of people around who were eager to sample our Walmart steaks. I have to give my brother a little credit, he did help me out and tell me when it was time to pull my steaks off the grill. 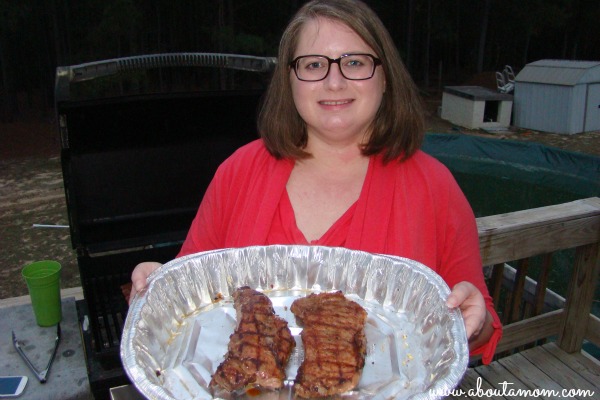 What do you think – does it look like I had the winning steaks? We had many volunteers for judging. It was difficult to pick just three. In order to keep things fair, we assembled a blind taste testing panel of judges – meaning we made them wear blindfolds. Perhaps it was a bit much, but it was all in good fun. 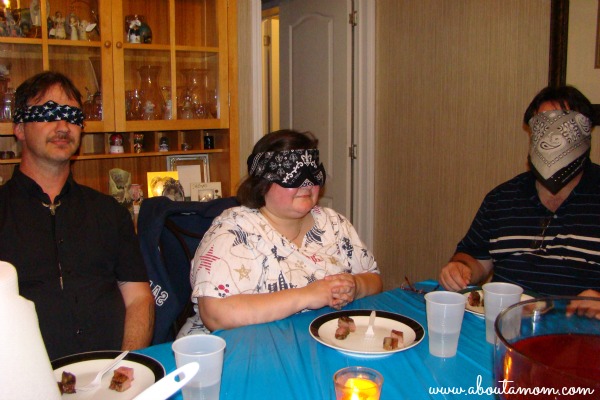 I wish I could say that I won our Walmart Steak Grill-Off challenge, but my brother pulled out all the stops for this one. He used ingredients that I would have never dreamed of putting on a steak, and it totally worked. His steaks had real depth of flavor, unlike anything I would have come up with. 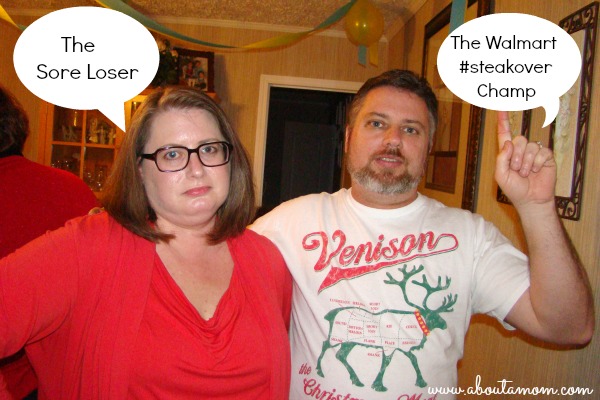 Remove steaks from marinade and sprinkle generously with Lawry’s Seasoning Salt and Garlic Salt. Grill steaks over high heat on a gas grill until medium rare. Spread topping (see recipe below) over steaks and broil in the oven for 7-8 minutes, or until the topping darkens.

As you can see, we had a lot of fun doing our Walmart Steak Grill-Off Competition. The steaks were all so tender, juicy and delicious. Although I didn’t win, my steaks were pretty darn good – in fact a few people who were not on the judging panel said their vote would have gone my way. I think next time I will challenge my brother to a bake-off. That’s one I know i can win!

Are you ready to experience Walmart’s Steak-Over for yourself? Find out why you should choose your steaks at Walmart here. We shared our winning grilling tip – now tell us yours!

This is a sponsored conversation written by me on behalf of Walmart. The opinions and text are all mine.