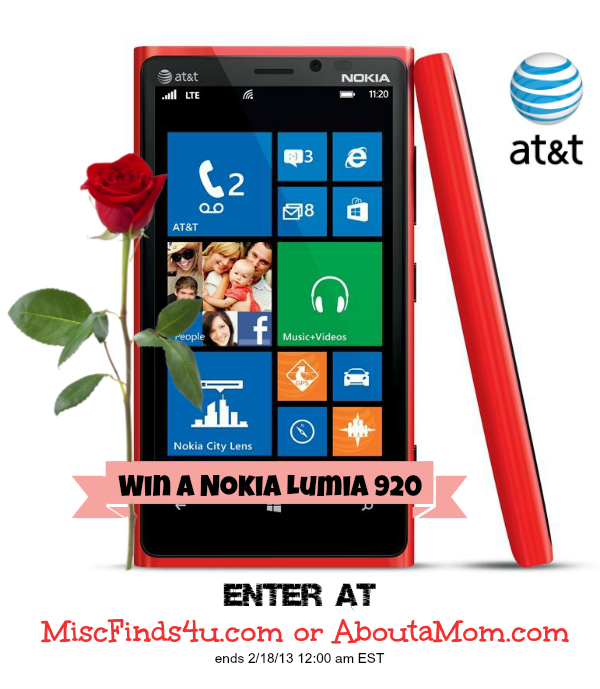 My friend Connie, at MiscFinds4U recently reviewed the AT&T Nokia Lumia 920, and here’s some of what she had to say about it…

“You’re going to love the poly-carbonate body with its rounded edges and tapered ends. It’s going to fit into your hand like it’s always been meant to be there. Plus you’ll love the protection of the curved Corning® Gorilla® Glass which resists nicks and scratches. But don’t worry that all that protection means that it won’t be sensitive to your touch, because it will be, I promise!

But what’s REALLY cool about the AT&T Nokia Lumia 920 are the special built-in custom apps. You’ll have a hard time picking a favorite between the Nokia Maps with Nokia City Lens, Nokia Drive, and Nokia Music with Mix Radio.

But there are more cool features to this smartphone be had. You’ll be able to charge this beauty without plugging it in! With the optional Nokia Wireless Charging Plate, just place the phone on top and it’s charged in no time. You’ll need that power because you’re going to love the Windows 8 interface, the fabulous video viewing, and the outstanding photo capabilities.”

For more info, check out Connie’s full review of the Nokia Lumia 920.