If you ever have an opportunity to visit Washington DC, I encourage you to do so. When American Heritage Chocolate invited me to join them for a weekend in DC I jumped at the chance. I wasn’t about to turn down a weekend of chocolate and history in our nation’s capitol. Having been to Washington DC once before, I was eager to return to the great city.

Chocolate played an important role in the lives of Americans during the 18th century. Did you know that George Washington was known to enjoy a cup of hot chocolate every morning? It’s neat to learn little nuggets of history like that and this chocolate loving girl was excited to learn more about the history of chocolate. 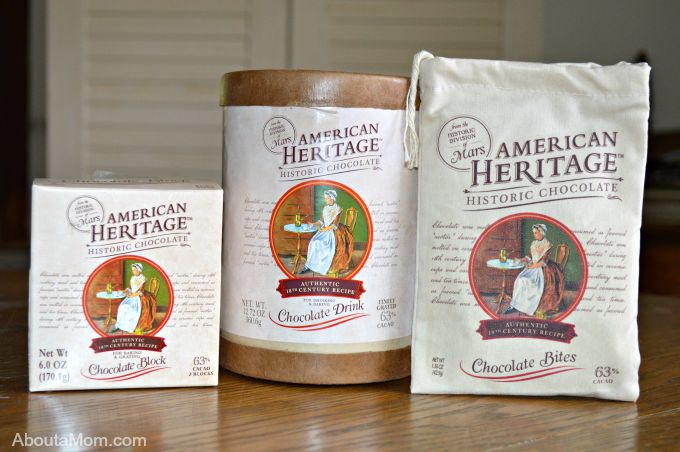 American Heritage Chocolate is an authentic historic line of products—developed from chocolate recipes from the 1750’s—that celebrates chocolate’s important role in the lives of Americans during the 18th century and is reminiscent of what Thomas Jefferson, George Washington, and Ben Franklin would have enjoyed, combining all natural ingredients and exotic spices.

Made with all-natural ingredients and no preservatives, American Heritage Chocolate is an artisanal dark chocolate containing 63% cacao.

Mildly spicy, and slightly sweet, American Heritage Chocolate is flavored with a blend of spices and ingredients available during colonial times, including cinnamon, nutmeg, chili pepper, orange, anise and vanilla.

American Heritage Chocolate is Kosher-certified, made without dairy, wheat, peanuts, or tree nuts, and is made in a facility that does not contain peanuts and tree nuts. 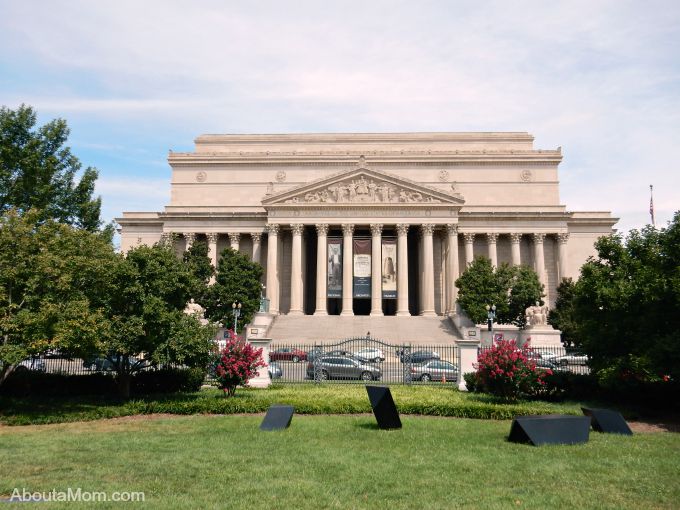 After learning about the history of chocolate, doesn’t it made perfect sense that my chocolate adventure would take place in Washington DC? On this trip we spent some time at the National Archives where we participated in an American Heritage Chocolate baking class. I think we might have been the first people to participate in a baking class at the National Archives! It was a neat experience. 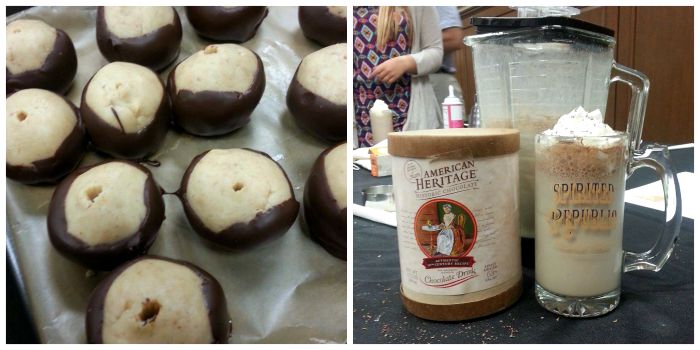 Babs Pinette, Director of Marketing and Communications of The National Archive Foundation, was nice enough to offer us a guided tour of the National Archives along with a history lesson. This having been my first time in the National Archives, I was in awe. The work they do preserving important documents and public records of this great nation is so important. Equally impressive is how accessible these items are to the public.

The Rotunda for the Charters of Freedom @ The National Archives Museum, Washington, DC 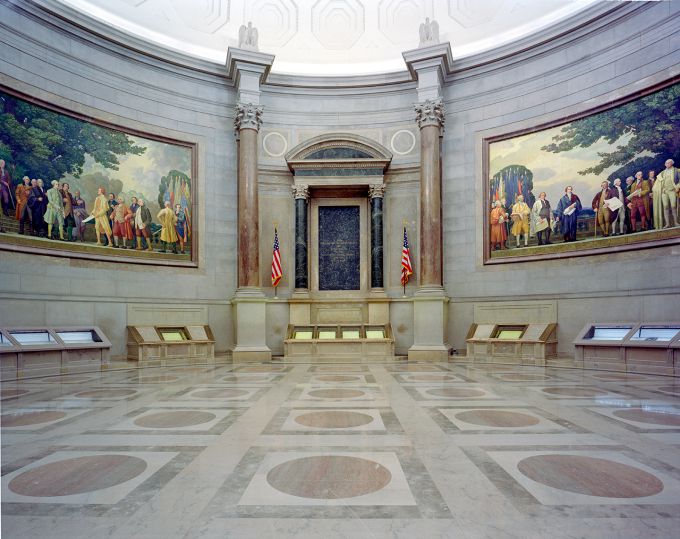 Photo courtesy of the National Archives

The Rotunda for the Charters of Freedom is where the original Declaration of Independence, Constitution of the United States, and Bill of Rights are housed permanently. These these three documents, known collectively as the Charters of Freedom, have secured the rights of the American people for more than two and a quarter centuries. Seeing these original documents with the original signatures was pretty amazing.

The “Public Vaults” of the National Archives is where you will find find 1,100 records — both originals and facsimiles — including documents, photographs, maps, drawings, and film and audio clips drawn from the more than 10 billion pages of textual records; 12 million maps, charts, and architectural and engineering drawings; 25 million still photographs and graphics; 300,000 reels of motion picture film; and 400,000 video and sound recordings that make up the records of the Archives… and more! For those that can’t visit the museum physically to explore these records, you can still do so online through the Digital Vaults.

There are a variety of both permanent and rotating displays at the National Archives. In the “Featured Documents” exhibit, in honor of 50th anniversary of the Voting Rights Act of 1964, I was able to see two special records displays featuring the original Voting Rights Act and original statements from the 1965 Selma March for Voting Rights, also termed “Bloody Sunday.”

A highlight of my tour through the National Archives was seeing a new exhibition titled “Spirited Republic: Alcohol in American History”. “Spirited Republic” gives you a great overview and insight into the government’s tolerance, oversight, and control of alcohol throughout our history. 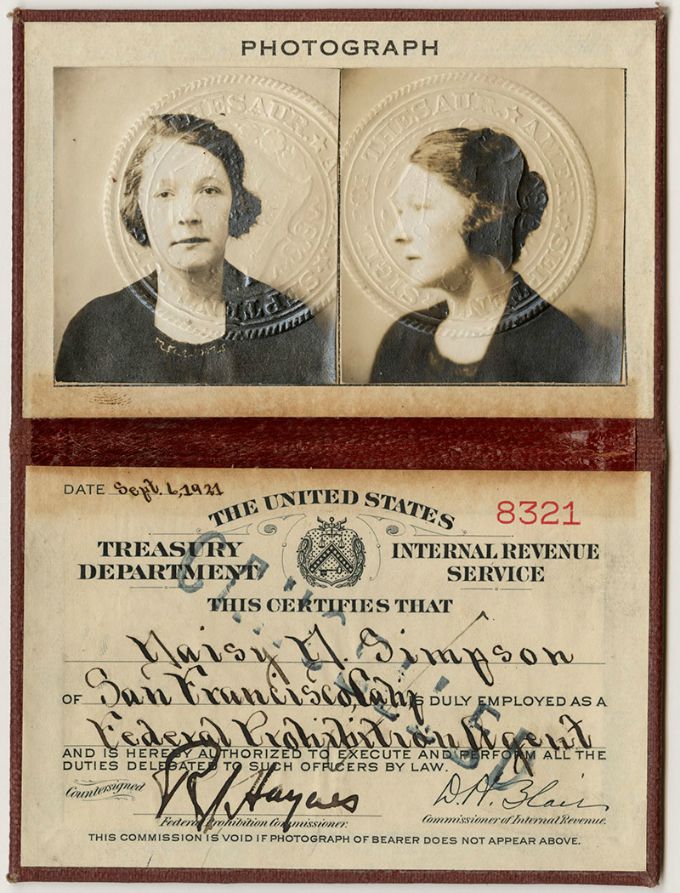 Photo Courtesy of the National Archives

One of the stories that caught my eye was that of Daisy Simpson known as the “Lady Hooch Hunter.” She was was one of the Treasury Department’s most famous Prohibition officers (called “prohis”) until San Fransisco decided that woman could not be agents.

Daisy Simpson had one of the best records as a prohibition agent, yet it was not enough. Daisy Simpson’s story ends tragically. After losing her job because she was a female, Daisy ironically ended up becoming an alcoholic and going to jail. She later became so depressed that she committed suicide. 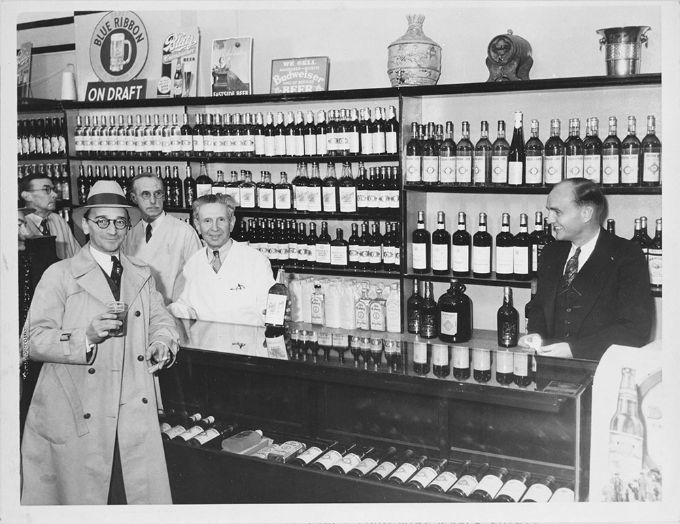 Photo Courtesy of the National Archives

“Spirited Republic” is free and open to the public, and will be on display in the Lawrence F. O’Brien Gallery of the National Archives Museum in Washington, DC, through January 10, 2016.

Whether you want to spend some time in the library doing research on your family tree (National Archives also offers some fantastic genealogy resources online) or just want to see historically important documents like the Declaration of Independence or the Constitution of the United States, there is a lot to take in and discover at the National Archives Museum. I could easily spend a week in the National Archives and look forward to returning with my family very soon.

After spending some time in the National Archives, my group set out on three-hour driving tour of the city with Washington Signature Tours. If you are planning a trip to DC, I highly recommend Signature Tours. Be sure to ask for a tour with Dwayne. He is as nice and can be and is a walking encyclopedia of the city and sites. Dwayne’s tour was incredibly educational and a lot of fun.

On the tour we made many stops to get out, walk around, see memorials up close and take pictures. We even got to walk up the steps of the grand Lincoln Memorial. 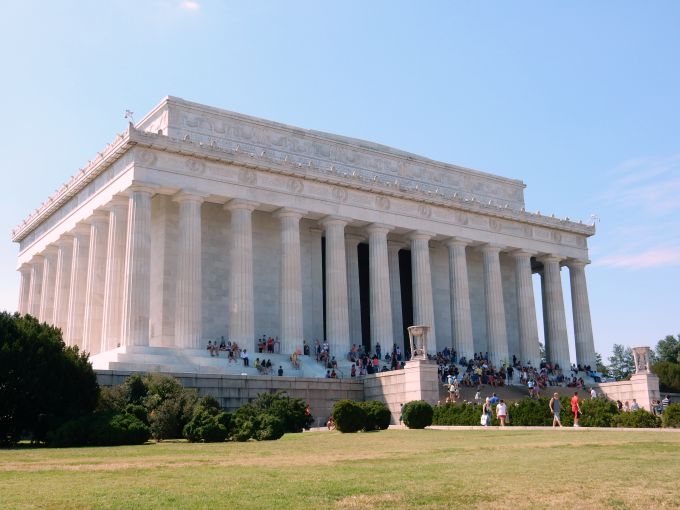 No trip to DC would be complete without a visit to the White House.

We visited many beautiful monuments to include the Vietnam Memorial, Roosevelt Memorial, Korean War Memorial, World War 2 Memorial and more. I have so many wonderful pictures from this tour. Keep an eye out for an upcoming blog post sharing more of these great monuments.

In case you haven’t figured it out yet – this trip was AMAZING! The folks from American Heritage Chocolate really outdid themselves and they are the nicest people. I also had the pleasure of meeting some fabulous bloggers who joined me on this journey of chocolate and history.

Group Photo in Front of the Lincoln Memorial 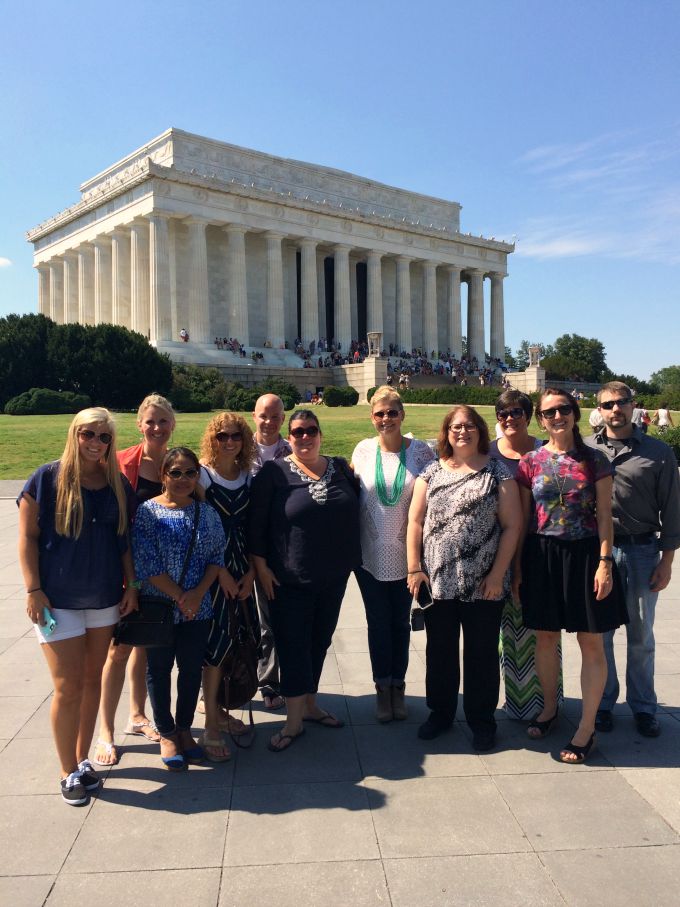 I love this group photo taken in front of the Lincoln Memorial. The bloggers who joined me on this trip are Tammilee from Tammilee Tips, Karen from 365 Days of Crockpot, Joeclyn from Hip Mamas Place, and Jen from Beauty and Bedlam. I hope you’ll pay them a visit.