When the kids were younger it was much easier to make brushing fun for them. We did a variety of things like setting a timer, sing silly songs and even danced while brushing our teeth. However, preteens aren’t as easily amused. My granddaughters are more concerned with what they are wearing to school or what Justin Bieber has to say on Twitter, than they are about brushing their teeth. Luckily for us, the makers of Arm & Hammer and Spinbrush have come out with Tooth Tunes which play songs by bands that they love like One Direction and Black Eyed Peas. As a member of the Mom it Forward Blogger Network we were sent a back to school kit to review that featured ARM & HAMMER Tooth Tunes™, the singing toothbrush that my girls really get a kick out of. While I was compensated for my participation in this campaign, all opinions are 100% my own. 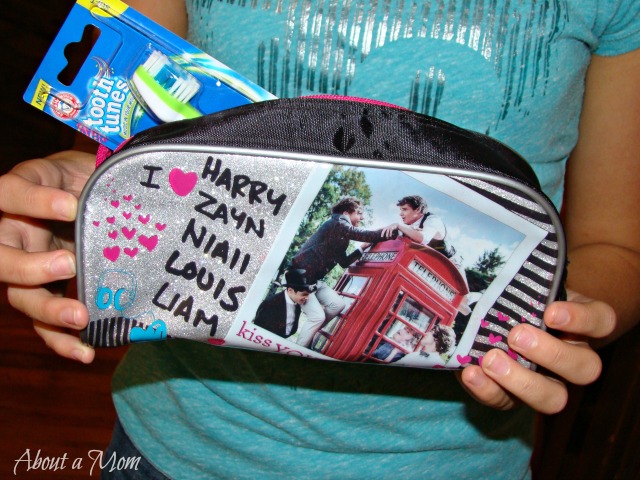 Arm & Hammer Tooth Tunes helps kids get their morning routine back on track in a fun way! They achieve this through a Music in Your Mouth™ technology. This proprietary technology streams sound vibrations from the bristles of the toothbrush through the teeth, allowing kids to hear the music while they brush. Before my granddaughters thought brushing their teeth was boring, now they actually look forward to those two minutes of brushing, the dentist recommends, before they head out the door to school.

Each Tooth Tunes toothbrush features two minutes of music to encourage longer brushing and ensure that kids achieve the dentist’s recommended brushing time. The selection of songs include:

I love that the song selection is geared for older kids. Music is such a big part of the girls lives these days. They are crazy for the band One Direction, so it’s nice to incorporate some of their favorite songs into our morning routine in such a positive way. 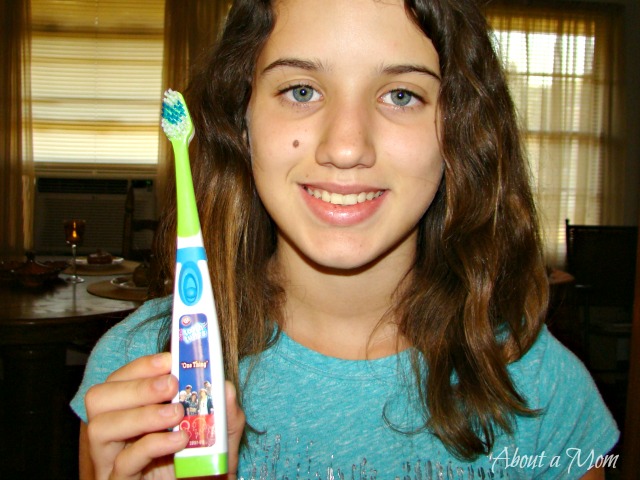 If you have younger kids, ARM & HAMMER also offers a Tooth Tunes™ Jr. toothbrush designed for smaller hands, and perfect for kids between 3 – 6 years of age. Tooth Tunes™ Jr. features songs from the popular kids group KIDZ BOP, including:

I am so happy that the girls are now eager to brush with Tooth Tunes. They are easy to replace with a cost under $10.00 and available at most food and drug retailers or online at the Arm & Hammer Tooth Tunes web site.

Fore these products and more exciting news and deals, be sure to like Arm & Hammer on Facebook.