Home » Disney » Disney TRYit! and the Magic of Healthy Living

At the Disney Social Media Moms Celebration I ate very well, and I don’t mean that I ate a lot. Rather, I ate a lot of healthy foods which is totally not what I expected to do on a trip to Disney World. Disney introduced myself and the other bloggers to the Magic of Healthy Living and their new TRYit initiative encouraging families to try a variety of new foods and fun moves as part of living a healthy lifestyle. I was so impressed by the programs and the fact that I might have actually eaten healthier while at Disney, than at home. I sure as heck got a whole lot more exercise during my 5 days at Disney than I have over say the last 5 years. Here’s a bit about the Disney TRYit and Magic of Healthy Living campaigns. I hope you’re as inspired by these campaigns as I am. 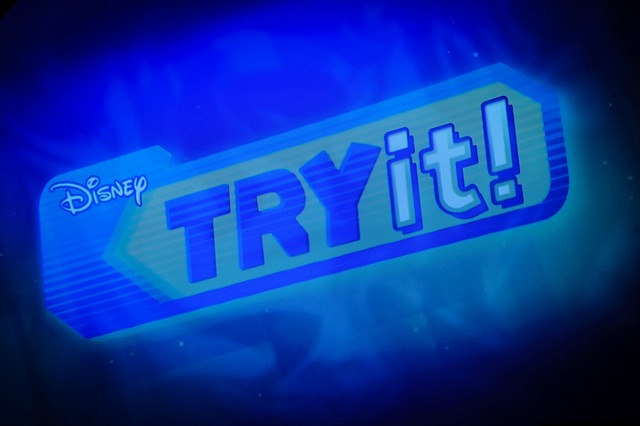 We were introduced to the TRYit! campaign on our first night at Disney, during the family dinner. There were so many incredibly delicious and healthy foods for us, including: Grilled Peach Beet Gazpacho Shooters and Garden Spinach Apple Smoothie Shooters. The shooters were so amazing, although I found myself wanting them served in a big gulp cup instead of as cute little shooters. I guess that’s the whole idea of trying it though, right? 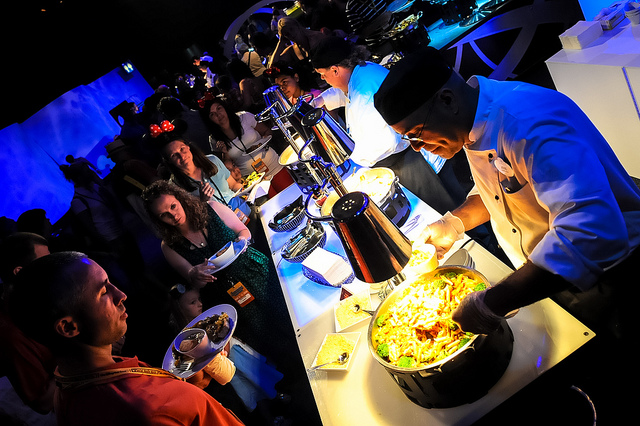 Trying a variety of new foods and fun moves is part of living healthy. That’s the message of Disney’s TRYit! campaign. From inspirational messages on-air and online to a special TRYathlon event and road tour, kids and families are being encouraged to take action to be their best.

Messaging from Disney about TRYit! campaign:
On-air, the TRYit! campaign comes to life on Disney Channel, Disney XD, Disney Junior and Radio Disney in the form of storytelling and short-form programming. In August, a TRYathlon TV Special on Disney XD and Disney Channel will bring together real kids and Disney talent to demonstrate how good for you can be fun too! Kids will compete in a one-of-a-kind TRYathlon that tests their skills, fosters teamwork, and allows them to discover new ways to challenge themselves.

The TV special will kick off a road tour – hosted by Radio Disney – to bring the TRYit! campaign to 10 cities across the U.S. Go to www.Disney.com/TRYit to find inspiration to be your best or to stay up to date on local events, contests, and other ways to participate in TRYit! 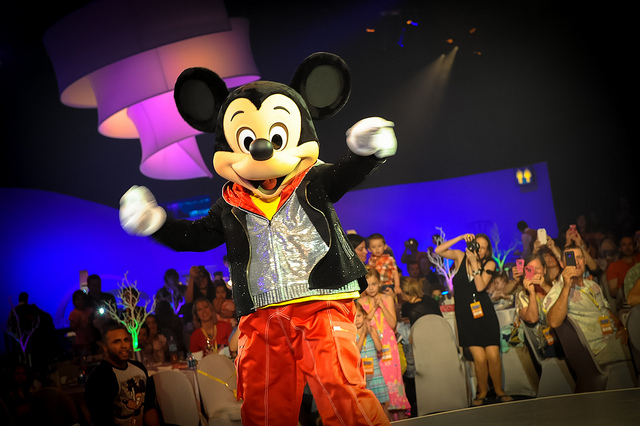 Our first family dinner at Disney wasn’t just about eating incredibly healthy and delicious foods. During the meal, we had some fabulous entertainment and even Mickey came out to show off his moves – encouraging us all to get up and get moving.

Mickey Check – Mickey what you ask? I think this is a really big deal and makes it so much easier for parents to find healthy dining options at Disney. In 2012, Disney introduced the Mickey Check, a tool that makes it easier to identify nutritious choices in stores, online, and while on vacation at Walt Disney Parks and Resorts. Look for the Mickey Check on kids’ menus at Disney’s domestic parks and resorts, on various Disney-licensed food products sold at retail locations across the country, and on qualifying recipes at Disney.com, Family.com and Spoonful.com. 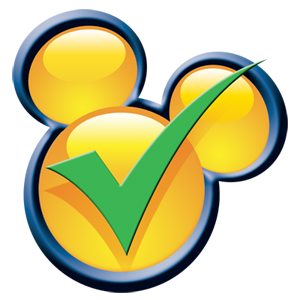 While I was in the Disney parks with my family, I was truly surprised by how simple it was for us to eat healthy. I was able to choose a bag of apple slices instead of a bag of chips, during lunch. When I wanted something to help me cool down, I was easily able to find a sugar-free 100% juice popsicle. I also noticed a lot more fresh fruit stands located throughout the parks. This was also something I noticed while at Disneyland in California last summer. I do have to make a confession – there was a point where I couldn’t resist on of those soft serve swirl cones. I’m only human, right?

Disney has made a company-wide commitment for healthier generations through programs like Mickey Check and the Magic of Healthy Living initiative. Disney Magic of Healthy Living partners with parents to inspire kids to lead healthier lifestyles. Through engaging content, useful tools and unique experiences, this company-wide initiative helps parents by making nutritious eating and physical activity simple and fun.

Major kudos to Disney! In 2006, Disney became the first major media company to establish nutrition guidelines, which associate its brands and characters with more nutritionally balanced foods. Disney is also the first major media company to set a new standard for food advertising to kids in 2012, and continues to offer new and exciting ways to encourage healthier lifestyles.