There’s nothing dreamier than spending the summer outdoors with a good book. My daughter and I found this to be especially so with the Percy Jackson series and a magical DIY outdoor reading nook. For our summer reading, my 10-year-old and I started reading the Percy Jackson & the Olympians series by Rick Riordan and we’re enjoying it so much. 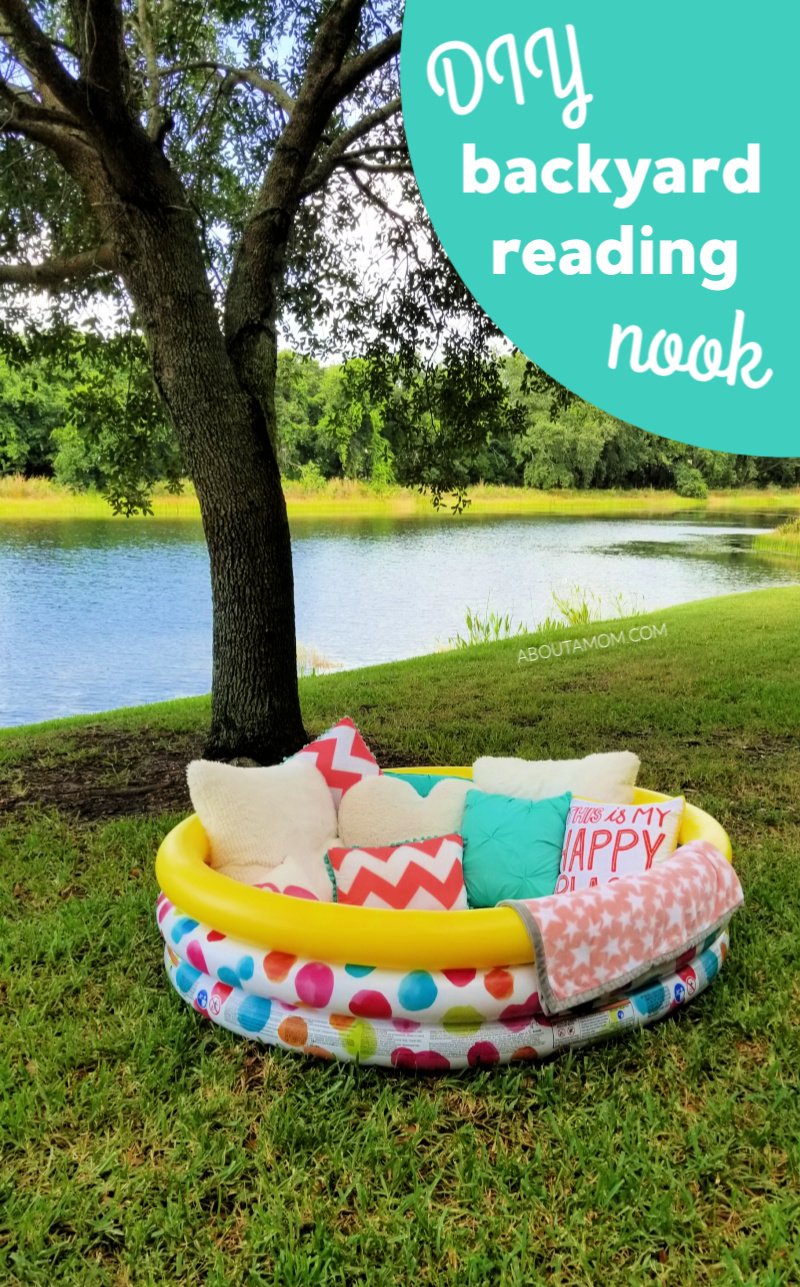 Just a few days after school let out for summer break we moved to a nearby city, so we aren’t as far along in the series as I had hoped, but we’ll get caught up soon. Fortunately, we don’t return to school until mid-August.

After being buried in boxes for a couple of weeks, I decided we were in desperate need of a break. Percy Jackson & The Olympians: The Sea of Monsters (book two in the series) was exactly what we needed. That and a simple-to-make outdoor reading nook that I threw together with an inflatable kiddie pool, some pillows and blankets.

This comfy outdoor reading nook is “fit for the gods” and I think Percy would totally approve. 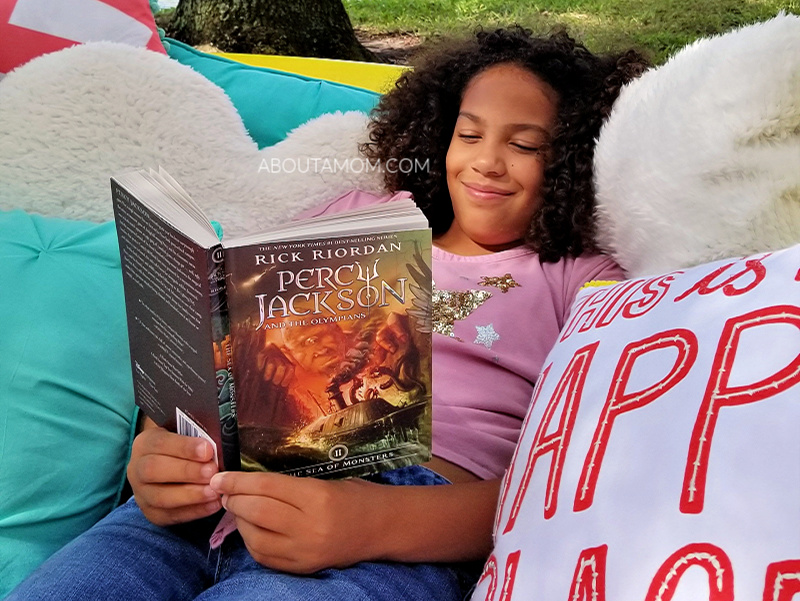 Our new backyard is on a small lake and has a large shade tree which is the perfect place to read a book. I see us spending a lot of time out there this summer with the Percy Jackson series.

This DIY outdoor reading nook is so much fun and literally takes minutes to make. Just fill the kiddie pool with plenty of blankets and pillows to make it super comfy. Easy peasy. I’m seriously in love with this idea! 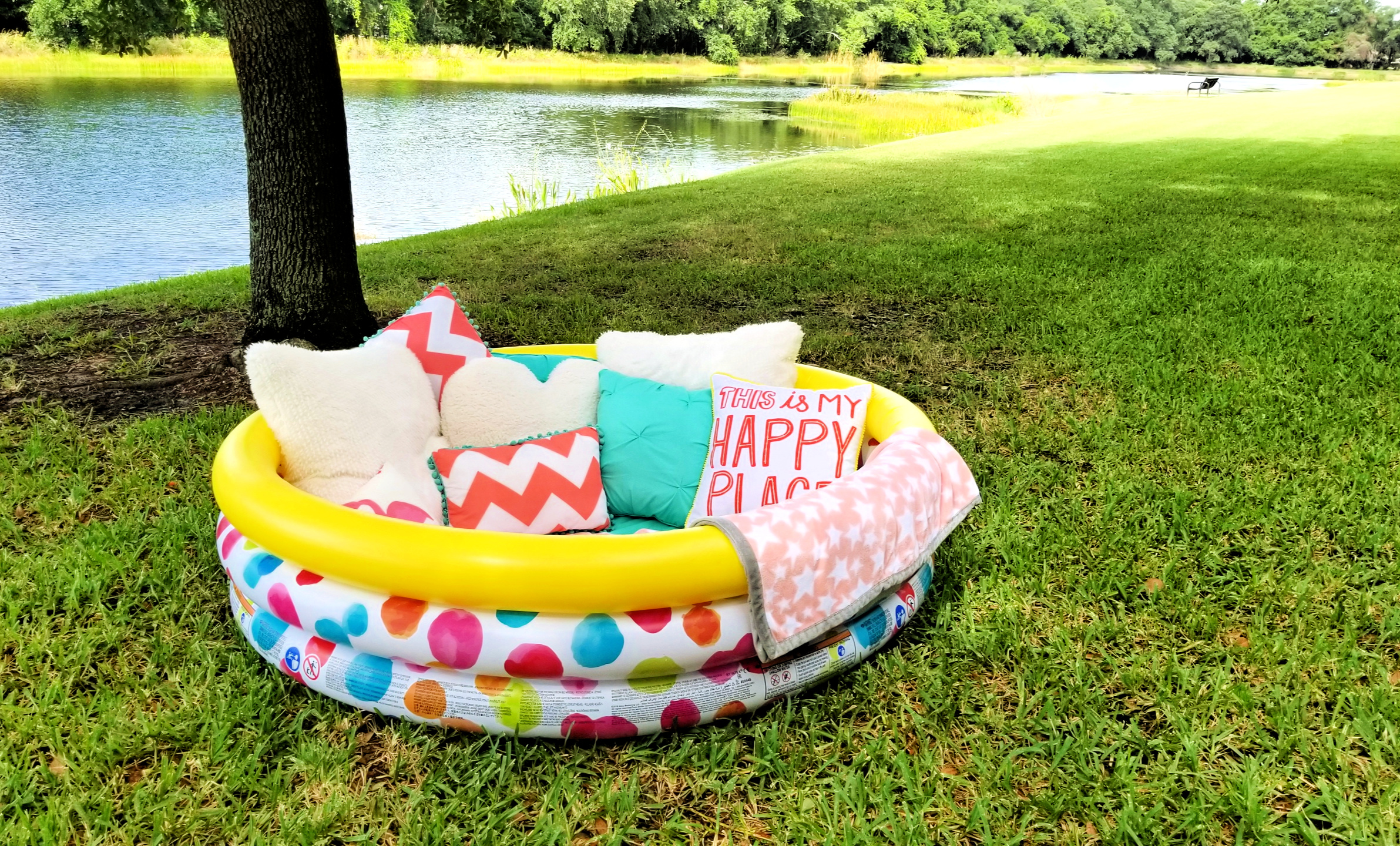 Percy Jackson: The Sea of Monsters

The Sea of Monsters is the second book in the Percy Jackson and the Olympians series written by Rick Riordan. At this point in the series, Percy has already learned that he is the demigod son of Poseidon and has joined the ranks at Camp Half-Blood which is a Greek demigod training facility.

After a summer spent trying to prevent a catastrophic war among the Greek gods, Percy Jackson finds his seventh-grade school year unnervingly quiet, but things don’t stay quiet for long. 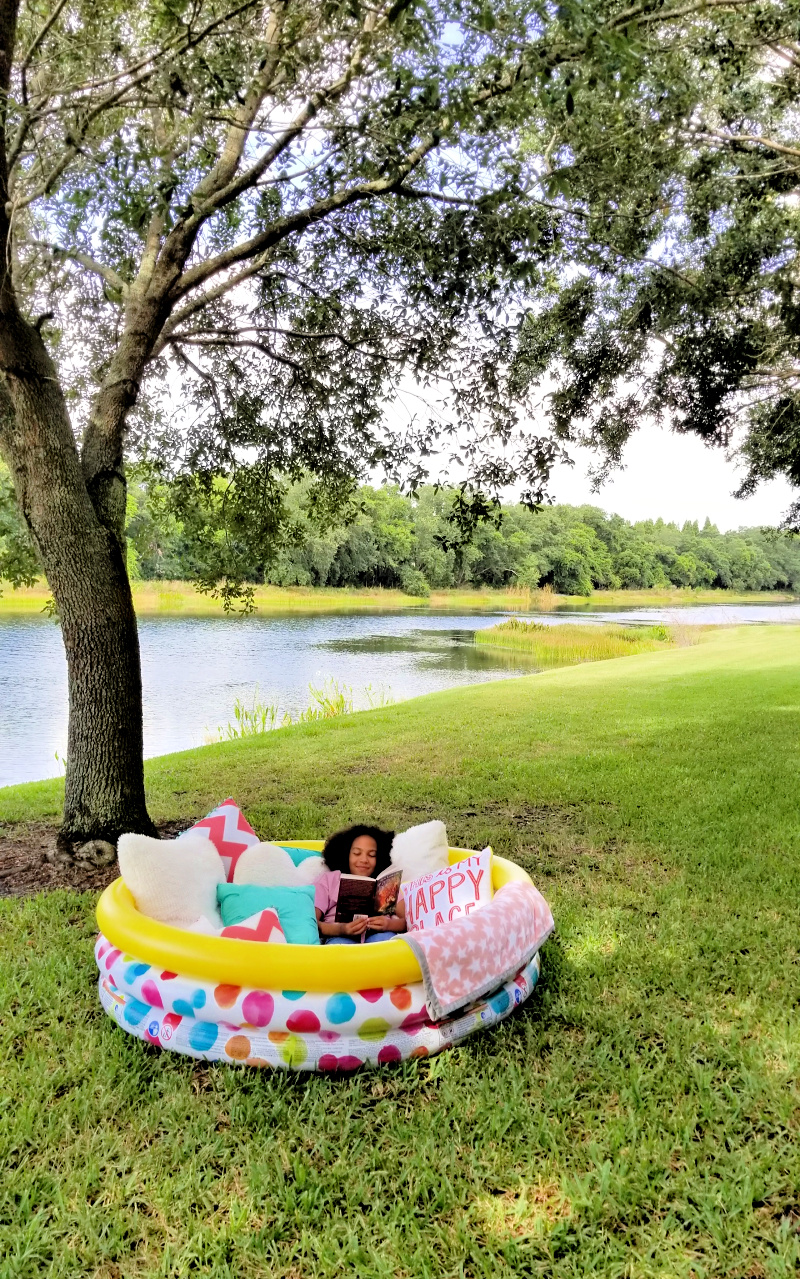 Percy soon discovers there is trouble at Camp Half-Blood. A mysterious enemy has poisoned the magical borders which protect Half-Blood Hill, leaving Percy and the camp at risk of being overrun by mythological monsters. To save the camp, Percy needs the help of his best friend, Grover, only Grover has been taken prisoner by the Cyclops Polyphemus on an island somewhere in the Sea of Monsters. Percy’s first task is to save Grover.

Now Percy and his friends-Grover, Annabeth, and Tyson must retrieve the Golden Fleece from the Island of the Cyclops by the end of the summer or Camp Half-Blood will be destroyed. What do you think happens next? As of writing this, I don’t know. But I hope we can finish this book by the end of the weekend. 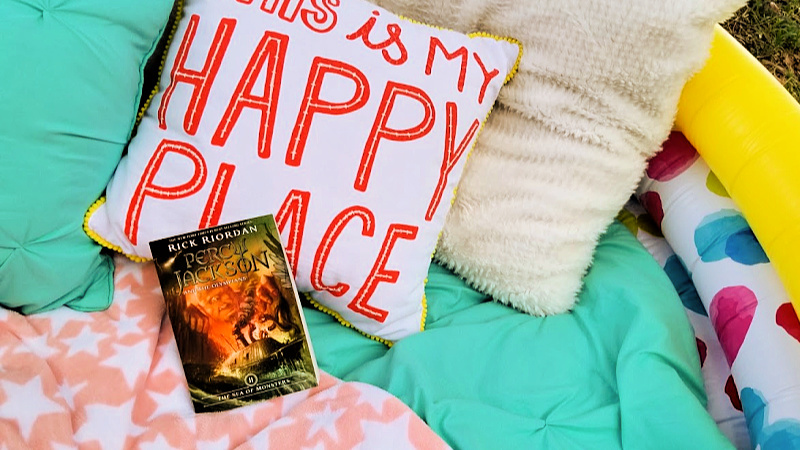 My daughter loves a good adventure, and has really enjoyed learning about Greek mythology in this series. The Percy Jackson series offers readers a fresh and exciting way to learn about the Olympians, the Titans, the Minotaur, and more while enjoying a fast-paced, highly entertaining adventure. This is such a fun series for middle-grade readers and their moms too!

What are your kids reading this summer? Have you read the Percy Jackson & the Olympians series yet? 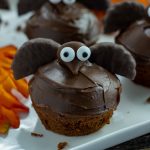 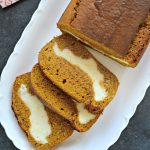 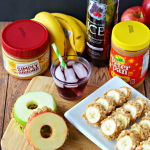 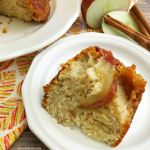 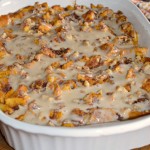 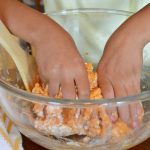