Tis the season for all things pumpkin and spice, and I think these Mini Pumpkin Cupcakes with Cinnamon Chocolate Frosting perfectly capture the flavors of the fall season.  You’re sure to find yourself grabbing quite a few of these little two-bite treasures. The recipe calls for canned pumpkin puree, but if you happen to be carving a pumpkin for Halloween some fresh pumpkin puree would be ideal. The frosting recipe comes from McCormick and pairs perfectly with these cupcakes. 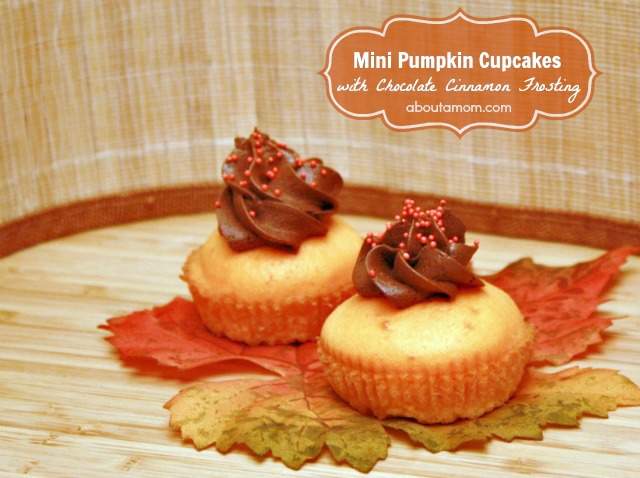 About a Mom
5 from 5 votes
Print Recipe
Course Dessert

A Wilton 1M frosting tip was used to frost the cupcakes pictured. They were topped with orange sprinkles for a festive look! Enjoy!