The premier of Disney’s Maleficent, starring Angelina Jolie is just a couple of weeks away on May 30. How are we to pass the time while we eagerly await the premier of this film? Coloring sheets, of course. AND I happen to have some really fun Maleficent coloring pages and activity sheets so share with you.

Maleficent is rated PG, but you might want to evaluate your younger child’s fright level before taking them along to this movie. Angelina Jolie told Entertainment Weekly in March that her own children were scared of her in the costume! I think introducing your children to the movie with these coloring sheets and activities first, and watching a Maleficent movie clip or two first might be a good idea. 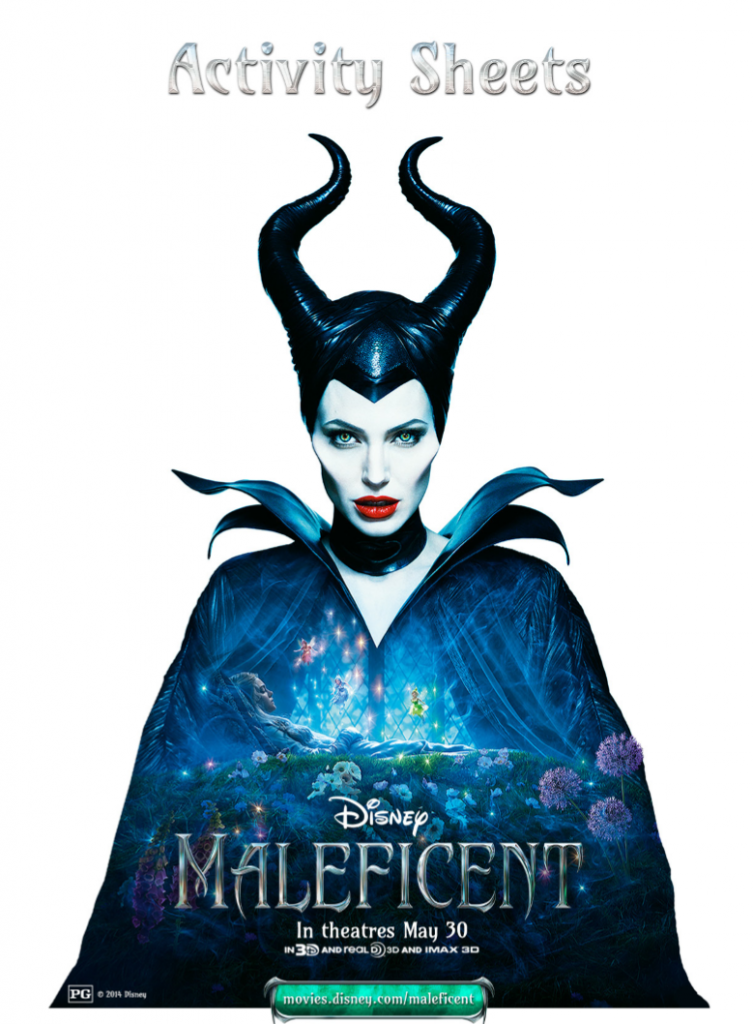 Just click on the image above to open the doc where you can print out the sheets.

“Maleficent” explores the untold story of Disney’s most iconic villain from the classic “Sleeping Beauty” and the elements of her betrayal that ultimately turn her pure heart to stone. Driven by revenge and a fierce desire to protect the moors over which she presides, Maleficent cruelly places an irrevocable curse upon the human king’s newborn infant Aurora. As the child grows, Aurora is caught in the middle of the seething conflict between the forest kingdom she has grown to love and the human kingdom that holds her legacy. Maleficent realizes that Aurora may hold the key to peace in the land and is forced to take drastic actions that will change both worlds forever.