If you’re looking for a way to keep your little one entertained with an educational product, then you’ll want to learn more about the i-Mat: My Animal World interactive foam play mat from Creative Baby Inc! I received an i-Mat to facilitate this review, however all opinions expressed are genuine and my own. 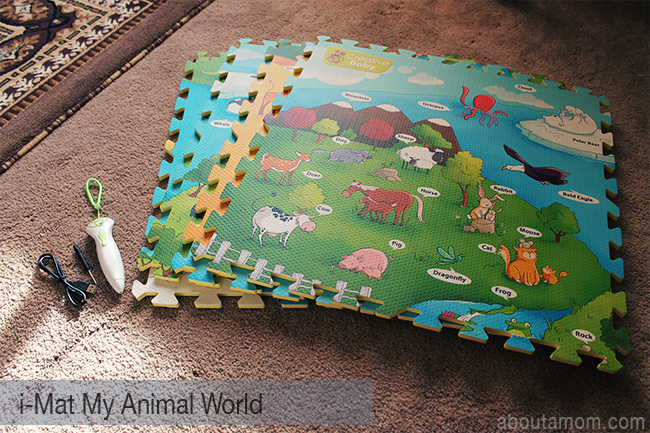 I’ve been trying to use more educational products with Zach over the past few months because I find that while his capability of understanding objects and words increases, his vocabulary, especially in the English language, is lacking. I speak mostly Arabic in my household, but I try to incorporate the English language too when teaching Zach new words. Often times, it proves to be a struggle to get him to stay focused while we do flashcards, so the i-Mat is definitely a game changer! 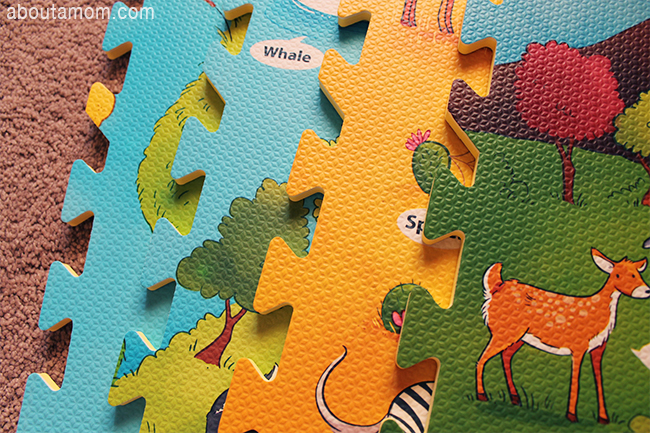 The i-Mat My Animal World is an interactive foam mat that features interlocking soft sections, like puzzle pieces, and a colorful illustration of animals that are activated when used with its Voice Pen. The mat is phthalate-free, lead-free, and heavy-metal free. There are no electronics to worry about so you can feel safe knowing that your baby won’t get hurt using the play mat. It’s also easy to wipe clean. 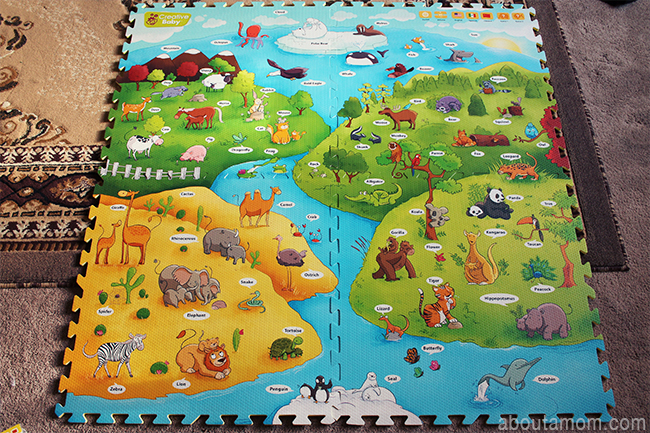 The animals are detailed enough for babies and toddlers to recognize them and each animal includes a word bubble that includes the animal’s name. When you point to the animal using the Voice Pen, it reads off the animal’s name as well as an animal sound, or music. What I love about the i-Mat My Animal World is that it features 3 languages you can teach your child: English, Spanish, and Chinese. I love the foreign languages included on the play mat because these are highly popular languages being taught all around the world. It really gives your child a nice head start before they enter school. 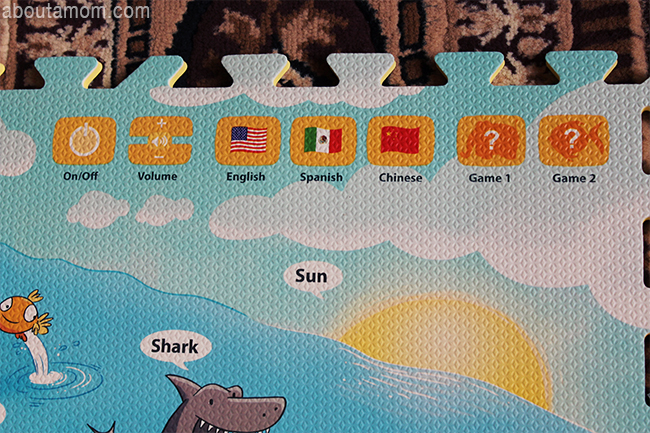 What’s really neat is the Voice Pen it comes with. The Voice Pen includes 2GB of memory and features a speaker to listen to the i-Mat sounds, a button to record sounds, a headphone jack when you want some quiet playtime, and a USB port. As new pads are introduced, parents can connect the Voice Pen to a computer using the USB port and included cable to download new sound files from Creative Baby’s website. I love that idea! It means you will get a lot of use out of your i-Mat and your child will be constantly learning new words and sounds. 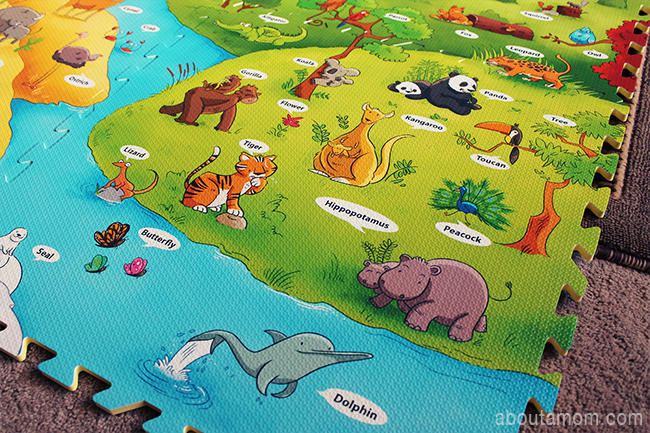 Zach was so excited to start using the i-Mat that he wouldn’t even let me show him how to use it first! I quickly assembled the play mat which was easy enough as you just connect it like a puzzle, and then inserted 2 AAA batteries (not included) and pressed the on button and handed it over to him. He was using it like a pro! I would tell him to point to a specific animal and show him where it was on the i-Mat and then he would point and listen to the word and sounds. When the music played, he would get so excited and dance, waving his hands in the air. It was very fun for him! We’ve been using the i-Mat for a few weeks now and now that Zach is learning new animal names and sounds, we can start playing the games that are included on the play mat.

The i-Mat is such a great learning tool for children ages 18+ months and if your child is like mine, then you’re going to want to help them expand their creativity and understanding with the i-Mat. It’s so easy to use, it’s very fun, and educational. There will be two more themed adventures making their debut this Fall 2013: i-Mat My Alphabet (which I’m probably going to buy to help Zach learn his alphabet!) and the i-Mat Under the Sea.