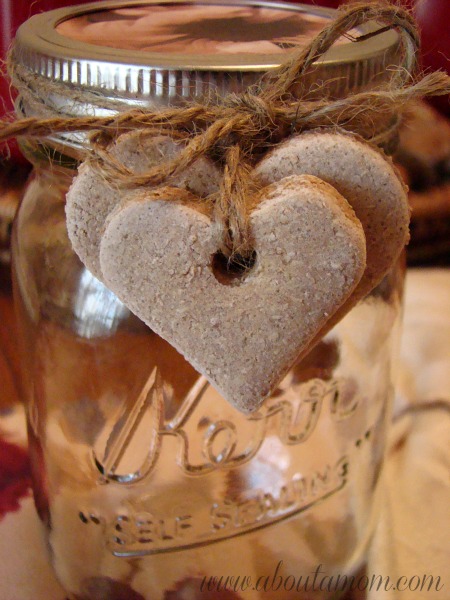 Making salt dough ornaments is so easy! You probably already have everything you need in your cupboard to make them. In the past, I’ve used a basic salt dough recipe to make Christmas ornaments. For Valentine’s Day I wanted something more rustic looking, so I used whole wheat flour and added cinnamon to the recipe. I am very happy with how the Cinnamon Salt Dough Hearts turned out.

There are so many things you can do with these ornaments. I’ve tied some jute to mine to create primitive napkin rings. I also attached a couple of hearts to a canning jar, to make a pretty container for Valentine’s Day candy. Try adding a round piece of scrapbooking paper to the top of the jar to make it even prettier. The possibilities are endless with this simple craft! 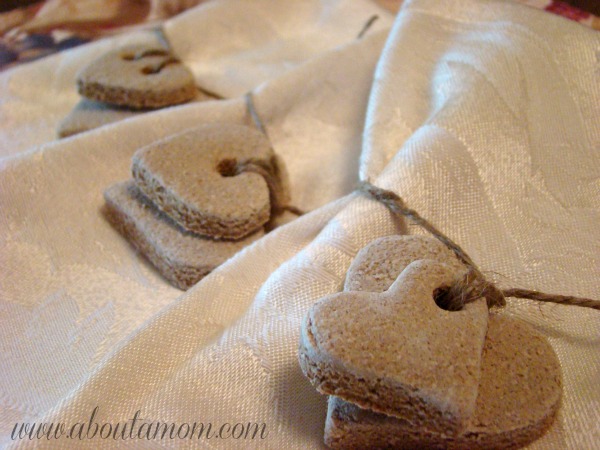 About a Mom
The whole wheat flour and cinnamon give these hearts such a pretty color. You don't even need to paint them.
4.72 from 7 votes
Print Recipe
Course Craft Dough